From affordable mixing headphones to podcasting solutions and plug-ins designed by legends, this year’s AES Convention had a lot of exciting new products to offer. 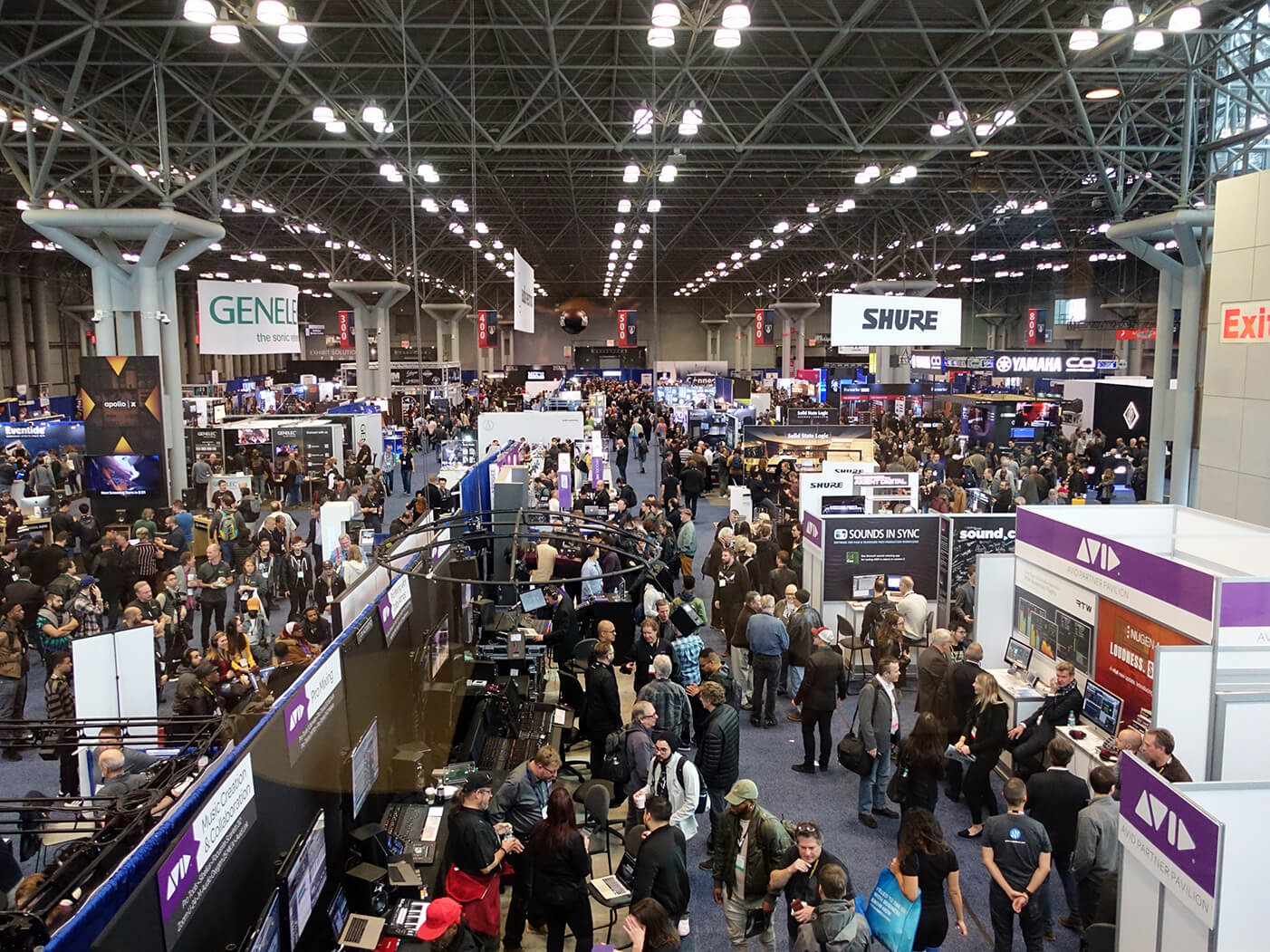 The annual Audio Engineering Society Convention in New York is always a hotbed of innovation. The wider conference sees the leading lights in acoustics, engineering, production, DSP, product design and more coming together in a summit for pro audio. Many of those manufacturers who are exhibiting are also heavily involved in shaping the standards that will define the future of pro audio.

It’s easy to think of AES as a competitor to January’s NAMM Show when it comes to pro audio, but the reality is that AES is much smaller even than just the pro audio hall at NAMM – and that’s ok. While that may translate to fewer launches, it does give you more of a chance to demo the newest products and meet the makers behind them, like the following few.

The future of audio

One such brand is Zylia. It makes a bold claim that its third-order ambisonics mics, when set up in a specific array, will allow you to capture a sound field within which you can freely move around in after the recording.

So, not only can you recreate virtual mic positions, but you can also move through a recorded space in real-time with six degrees of freedom or 6DoF (up-down, left-right, forward-back, yaw, pitch and roll). This technology has massive potential in video gaming and immersive video capture and we can’t wait to see it deployed.

Another trend gathering momentum in the music production space – as it is everywhere – is machine learning.

One of the most impressive products to appear is Sonnox Oxford Drum Gate, a new type of gate that can recognise what kind of drum its hearing and gate only that. This is revolutionary for processing drum recordings. In the background, the plug-in analyses some 40 parameters of the incoming sound to discern what its hearing and allow through only the type of sound you select.

Equally impressive is iZotope’s latest mastering software Ozone 9 which redefines the toolkit available to mastering engineers. Version 9 lets you rebalance vocals, drums and bass within a bounced stereo file – ideal if the bass has been mixed too loud in a bedroom. Also, the Low End Focus feature uses machine intelligence to help you find definition in your low end. The other feature that’s been majorly overhauled is Master Assistant, which analyses your mix and gets you to a starting position with the help of reference tracks.

Any notion that analogue and digital are in some way competing seems very passé. Instead, innovative companies like Access Analogue are bringing hardware to your DAW via a plug-in that streams audio from your computer to a physical processor and back with real-time control from the plug-in interface.

Even SSL’s brand-new Origin console, though resolutely analogue, is designed in such a way that a monitor can easily be installed without affecting your work. Its modular 19-inch centre section and meter bridge can be shuffled around depending on your setup.

One man whose approach is firmly analogue is mix engineer and living legend Bob Clearmountain. But his team-up with Apogee – dubbed Clearmountain’s Domain – sees his analogue routing and processing magic transplanted into the plug-in world. The plug-in features delays, reverbs, de-essers, harmonisers and loads more. It’s perhaps fitting, too, that Apogee should be one of the forces behind Clearmountain’s Domain as it is also best known for its hardware.

No audio trade show would be complete without a few bright sparks trying to make their own products, or someone else’s, more affordable. At this show, newcomer United Studio Tech was showing a mic heavily influenced by the Neumann U47 FET – a mic that costs $4,000 new – but for only $800.

With the LCD-1, Audeze has greatly reduced the barrier to entry for its studio reference monitors. The new open-back design is not only $399, half that of the next model up, but it also has a folding design, easily replaceable ear cups, a smart detachable cabling system and a flat frequency response down to 10Hz, according to the brand. The new cans are also a fair bit smaller than previous models, which should make them attractive to studio pros and music lovers.

In the podcasting realm, it seemed Rode had the recording device market locked up with the Rodecaster Pro. Now, Zoom is coming for the Rodecaster’s crown with the LiveTrak L-8, a diminutive standalone mixer and multitracker with six mic ins, four headphone outs and six effects pads. What could see this device win out is two things: battery power and cost. At only $399, it’s $200 less than Rode’s device.

One of the most gratifying things to see at the AES is the genuine innovation in the world of pro audio. To that end, there are two honourable mentions of the show. The first goes to Montreal-based company SkyTracks for its new platform and plug-in that allows sample-accurate online collaboration between DAWs.

The second mention goes to British company Nugen Audio for its latest update to SigMod which lets you use old VST plug-ins that you thought were dead. If you have a DAW that has either stopped supporting VST2, or never did in the first place (we’re looking at you Pro Tools), then this one is for you.