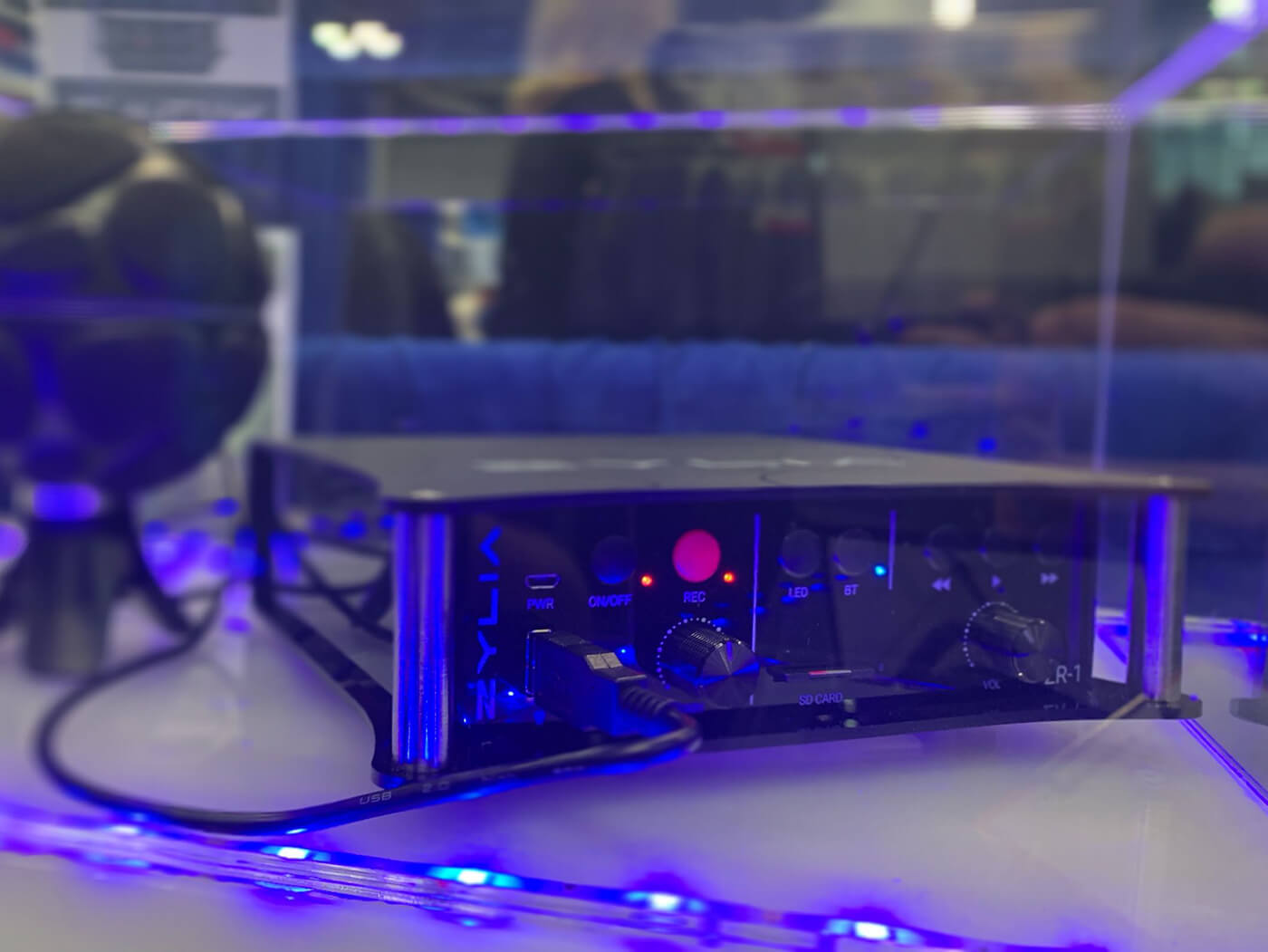 After having released its 19-capsule ambisonic microphone the ZM-1 in 2017, Zylia have developed the ZR-1, designed to be a companion for the microphone. It boasts 19-channel recording and is capable of recording audio at 24-bit/48kHz. The recording device can store audio using SD-Card, with storage capabilities up to a massive 2TB, equivalent to over 220 hours of recording.

With a stereo mini-jack headphone output and stereo playback, users can live monitor incoming audio, with gain control and LED ring control for the ZM-1. The ZR-1 also features Bluetooth connectivity, allowing users to control the device remotely via a mobile app. The ZR-1 and ZM-1 can be hooked up together via USB. ZR-1 is powered by either eight AA batteries or an external five-volt power source, connected via micro-USB.

Zylia’s new VR/AR Development kit focuses on 6 Degrees of Freedom (6DoF), which allows users to experience 3D audio-video content in a virtual scene, with an unlimited number of listening points. This means that creatives can arrange multiple Zylia ZM-1 microphones around a sound scene, enhancing the immersive nature of audio in virtual spaces.

Zylia’s 6DoF VR/AR Development Kit includes a Zylia ZM-1 microphone array, comprised of nine ZM-1 mics, along with a tripod stand for each, and mic stand adapters. Nine USB cables are included for connectivity throughout the array, along with a USB hub and computer station with Linux. Also included are nine buzzers, buzzer cables and clips, an audio interface, a carry-case and setup guide.

Find out more about 6DoF Development Kit on Zylia’s website here, and the info on the ZR-1 can be found here.