Soundbars come in all shapes and sizes these days, offering buyers unparalleled choice – here, we tested the best of the best 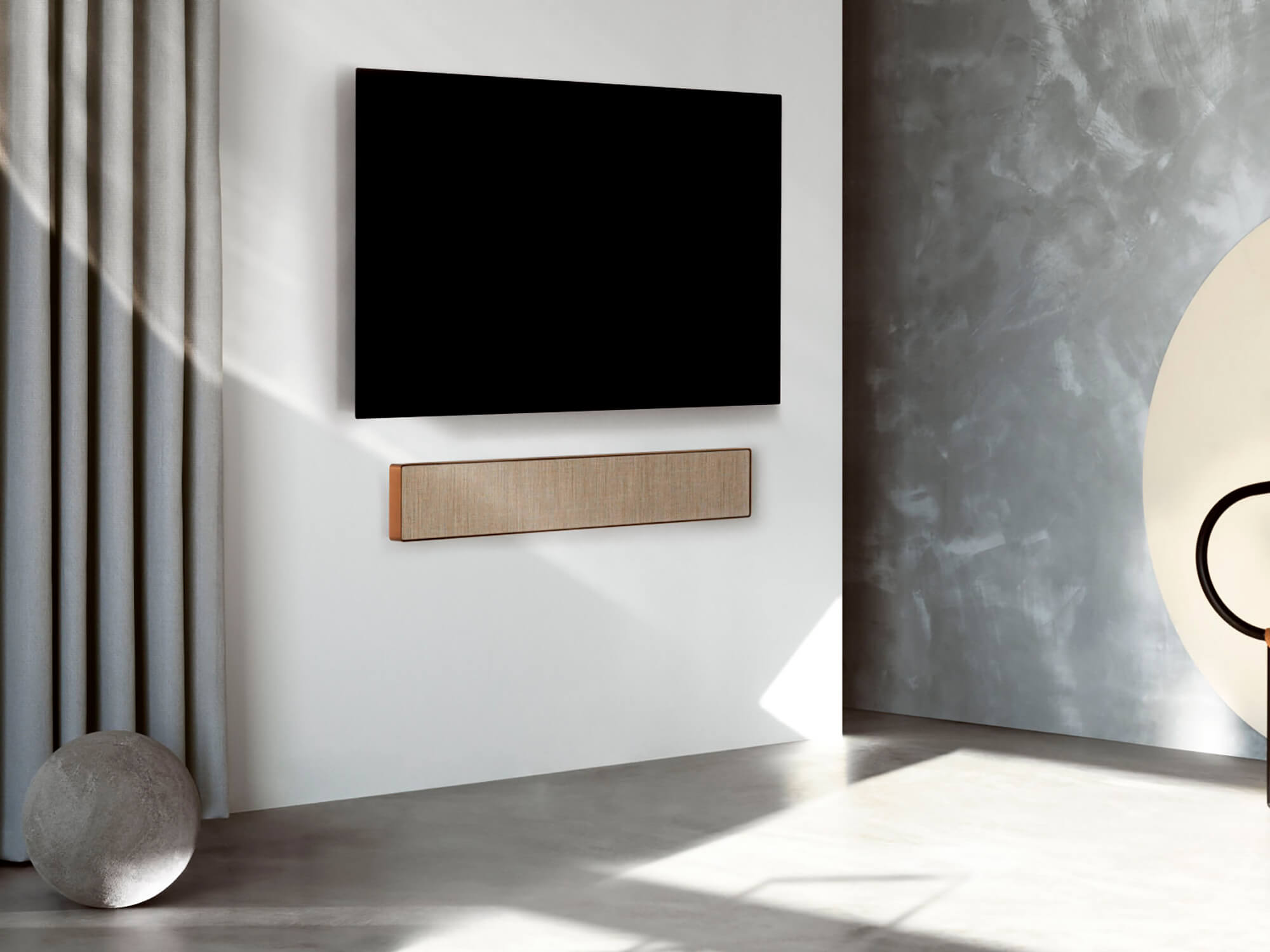 Once a niche product for home cinema enthusiasts, soundbars are now the go-to option for anyone looking to improve the range and quality of their TV audio. As TVs get thinner and wider over the last few decades, the space available for manufacturers to integrate powerful, high-quality speakers has diminished, and so soundbars now provide a convenient and cost-effective solution for powerful home audio.

In terms of choice, you’re spoiled – there are soundbars available to suit virtually every budget and every living room, whether you’re after a single device simply to boost dialogue, or something more powerful which can eventually be integrated into a fully-fledged surround sound home cinema system.

What to look out for

Dimensions: Arguably the most important thing to consider before you open your wallet for a soundbar is: ‘How much space do I have?’. There’s little point in shelling out for a massive soundbar if the TV stand in your living room is barely wider than a metre. If you don’t have a particularly big living room or TV room, will you really want to buy something big that either comes with or has the capacity to add extra things like subwoofers and side speakers?

By the same token, if you’ve got plenty of space, is there much point in buying a smaller soundbar? Sure, it might be cheaper, but if you’re sitting a long way from your TV, will the sounds reach your ears as well as they could with a larger set up?

Weight is also a factor to consider, especially if you have wall-mounted your TV and plan to do the same with your soundbar. The larger soundbars can be very heavy, weighing upwards of 20kg. Can your wall support that kind of weight, or would a stand be a better option?

Speaker number and positioning: Exactly where the speakers are positioned on the soundbar is an important factor. If you’ve got a soundbar with side-firing horns and a number of upward-firing speakers, then itmeans it’s capable of projecting noise out, up, and around you.

Again if you’ve got limited space, there’s little point in buying such a soundbar if you plan to have it sitting on the smallest possible TV stand – all of those lovely ambient sounds will be muffled and deadened by the surrounding material.

Likewise, if a soundbar has upward-firing speakers, this means it’s not going to do you much good if it’s sat directly underneath your TV, even if it’s small enough to fit.

The number of speakers a soundbar has can give you an idea of the kind of quality you can expect. Simply put, the more speakers a soundbar has, the wider its frequency range – the spectrum of audio the soundbar is capable of producing – is likely to be. This is very much a rule of thumb, as things like DSP (digital signal processing), acoustic cavities, the power of the amplifier, and whether speakers are mounted in sealed or ported cabinets will have an effect as well.

Calibration: If a soundbar can be calibrated in some way, chances are it’ll offer a much better experience compared with one which can’t.

Surround sound standards: Surround sound means that a soundbar is capable of firing or projecting sound at you from several angles. It might achieve this by way of acoustic cavities, or drivers positioned in a certain way, or it might simply mean that it’s capable of being integrated into a larger 5.1 or 7.1 sound system. Just because a soundbar says it offers ‘surround sound’ doesn’t mean that it’ll offer that out of the box.

What are HDMI ARC and HDMI eARC?

ARC stands for ‘audio return channel’ and has been a standard feature of most TVs and soundbars for the last few years. If you’re reading this and you’ve bought a TV in the last ten years, there’s a good chance that at least one of the HDMI ports on the back will be labelled ‘ARC’.

In practical terms, HDMI ARC removes the need for you to have a separate optical audio cable connecting your TV to your soundbar, which cuts down on cable clutter.

The latest evolution of ARC is eARC (enhanced audio return channel), which is part of the HDMI 2.1 specification. It gives you greater bandwidth, allowing for more information-full, uncompressed Dolby Atmos, DTS:X and MPEG-H soundtracks.

What are Dolby Atmos, DTS:X and MPEG-H?

These are all competing surround sound standards, which differ in key ways. They fundamentally strive to do the same thing – create a more immersive sound experience than traditional surround sound by using metadata to tell a speaker where in the soundstage to position specific sounds. This could be anything from dialogue relative to where a character appears in the frame, footsteps of a character walking away from the camera, or specific details like a penny rolling on the floor or the clashing of swords in a battle scene.

Dolby Atmos is currently the most ubiquitous of the object-based surround sound standards, and movies with Dolby Atmos can be found on platforms like Netflix and Sky Q.

Content with DTS:X soundtracks are less commonly available, and titles with MPEG-H less common still, but they’re growing. Consequently, you’re more likely to see soundbars with Dolby Atmos support on the shelves at the moment; and if a soundbar supports DTS:X or MPEG-H, it will almost certainly support Dolby Atmos as well.

Just because these standards all strive to do the same thing does not mean that they are the same, or even work together – if your soundbar only supports Dolby Atmos, it won’t play content with DTS:X or MPEG-H properly or most likely at all, and vice versa.

The Sonos Beam Gen 2 is the latest soundbar from Sonos. Like the previous generation of the Sonos Beam, it’s designed to be wirelessly paired with other Sonos speakers. It can easily be configured to be part of a home audio system, piping music all throughout the house, or as part of a 5.1 surround sound system in your living room – or even both. The Sonos Beam Gen 2 supports the Dolby Atmos standard, and will, via a future software update, be able to support high bitrate audio streaming as well. Priced at under £500, and measuring 651 x 69 x 100 mm, it’s an excellent choice for buyers who might be currently short on space but want to expand their set-up in the future.

Like the Sonos Beam Gen 2, the Panasonic SoundSlayer SC-HTB01 is a smaller soundbar pitched at buyers for whom living room space is a premium. It also supports Dolby Atmos and DTS:X. The soundstage is incredible for such a small device – the SoundSlayer SC-HTB01 punches way above its weight. It’s also one of the few soundbars that’s designed to cater for both gaming and TV viewing, and features presets designed to enhance movies, music, and even role-playing and first-person shooter games. But it’s not without its limitations. Bass suffers at extreme volumes, and the remote control feels cheap; but given the price and great performance, you can live with these drawbacks.

The Samsung HW-S60A is a decent mid-range soundbar with Amazon Alexa support. It’s aimed at buyers who have a bit more living room space, and might eventually want to add subwoofers and side speakers but don’t want to drop a stack of notes on all of that just yet. While there’s no support for object-based audio standards, sound from streamed and broadcast content still sounds impressive, with background audio from movies and football games having a lot of depth, and dialogue in TV shows and news broadcasts benefiting from great clarity. 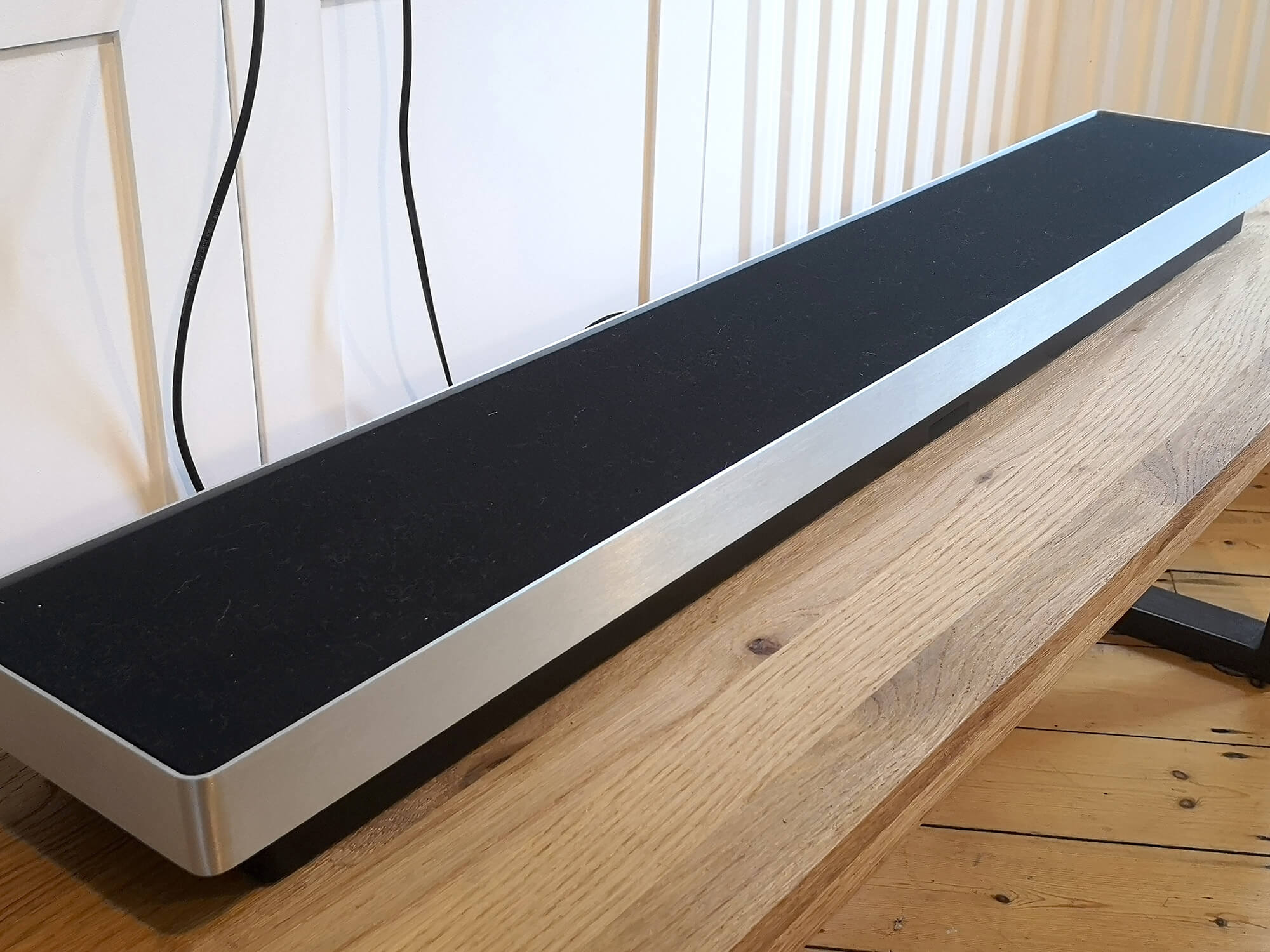 The Beosound Stage is the first soundbar from high-end Danish home audio masters Bang & Olufsen, and it does not disappoint. Designed to either lay flat on a TV stand or be mounted upright on a wall, the Beosound Stage fits comfortably in most living rooms, despite its size.

Its sound quality is also stunning. It supports Dolby Atmos, and in either orientation, the Beosound Stage is capable of creating an immersive sound experience. The bass response is particularly good. It’s so good, you might not need a subwoofer – which is perhaps just as well, because at the time of writing, the ability to pair the Beosound Stage with a wireless sub is not an option. It’s also very nice to look at too, with finishes available in brushed metal or polished wood.

The Sonos Arc is the most powerful soundbar from Sonos to date, boasting 5 channels and 11 speakers, and support for the Dolby Atmos surround standard. Like the Sonos Beam Gen 2, it has the ability to pair with a wireless subwoofer and side speakers, or connect to other Sonos music players in your home. If you’re keen on adding a soundbar to an existing home audio set up, or you want a soundbar that can be a stepping stone to eventually getting a full 5.1 surround sound system in your living room, the Sonos Arc is an excellent choice – powerful, convenient, easy to use, and priced under a grand. 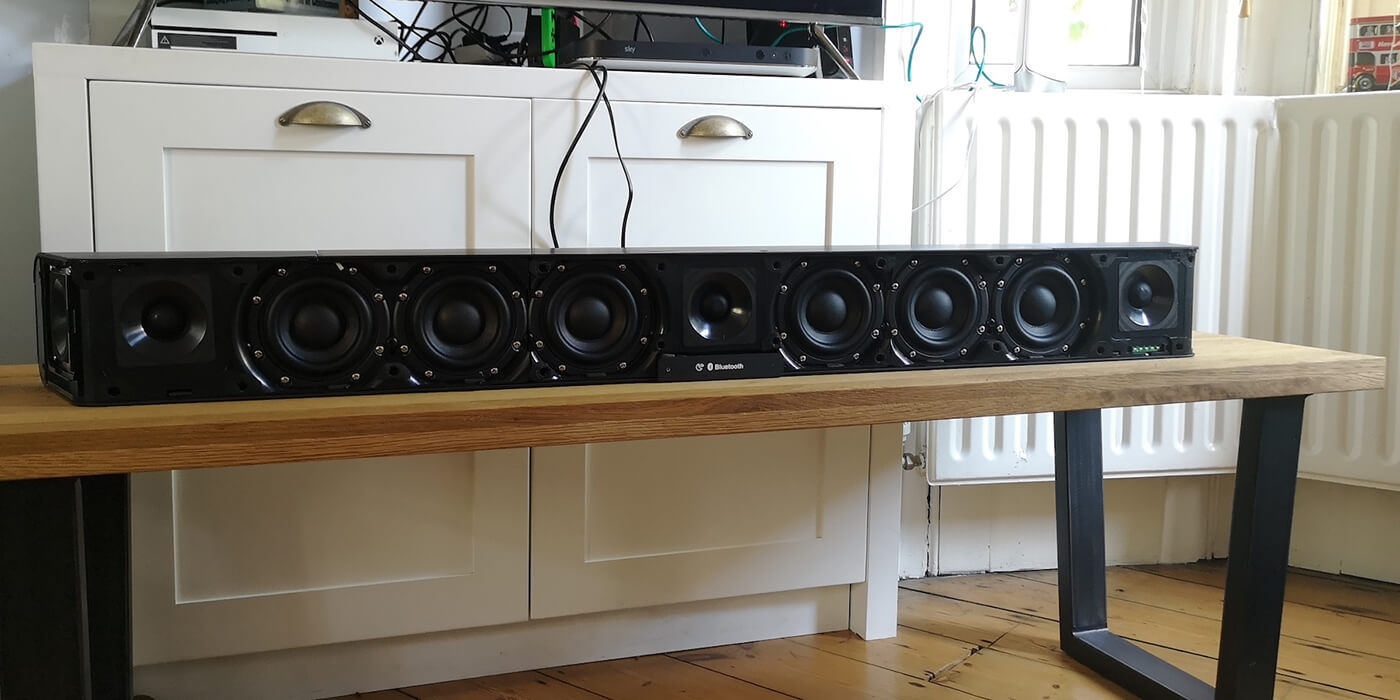 The Sennheiser Ambeo Soundbar is the soundbar to pick up if money is no object. The Ambeo Soundbar packs 13 speakers into a massive 1265 x 125 x 171mm frame, and a calibration mic is included in the box, which allows the soundbar to create a sound profile that’s specific to the acoustics of the room it’s housed in. The mixture of side and upward-firing speakers combines to create a vast soundstage that is genuinely immersive to the point where you’ll sometimes think that sound is actually coming from above and behind you. If the house-shaking bass isn’t enough, you also have the option of adding a subwoofer. The main downside is the price – as good as the Ambeo Soundbar is, it’s also a real wallet-drainer.