A robot helmet similar to the gold helmet typically worn by Daft Punk’s Guy-Manuel de Homem-Christo can be found in the game. 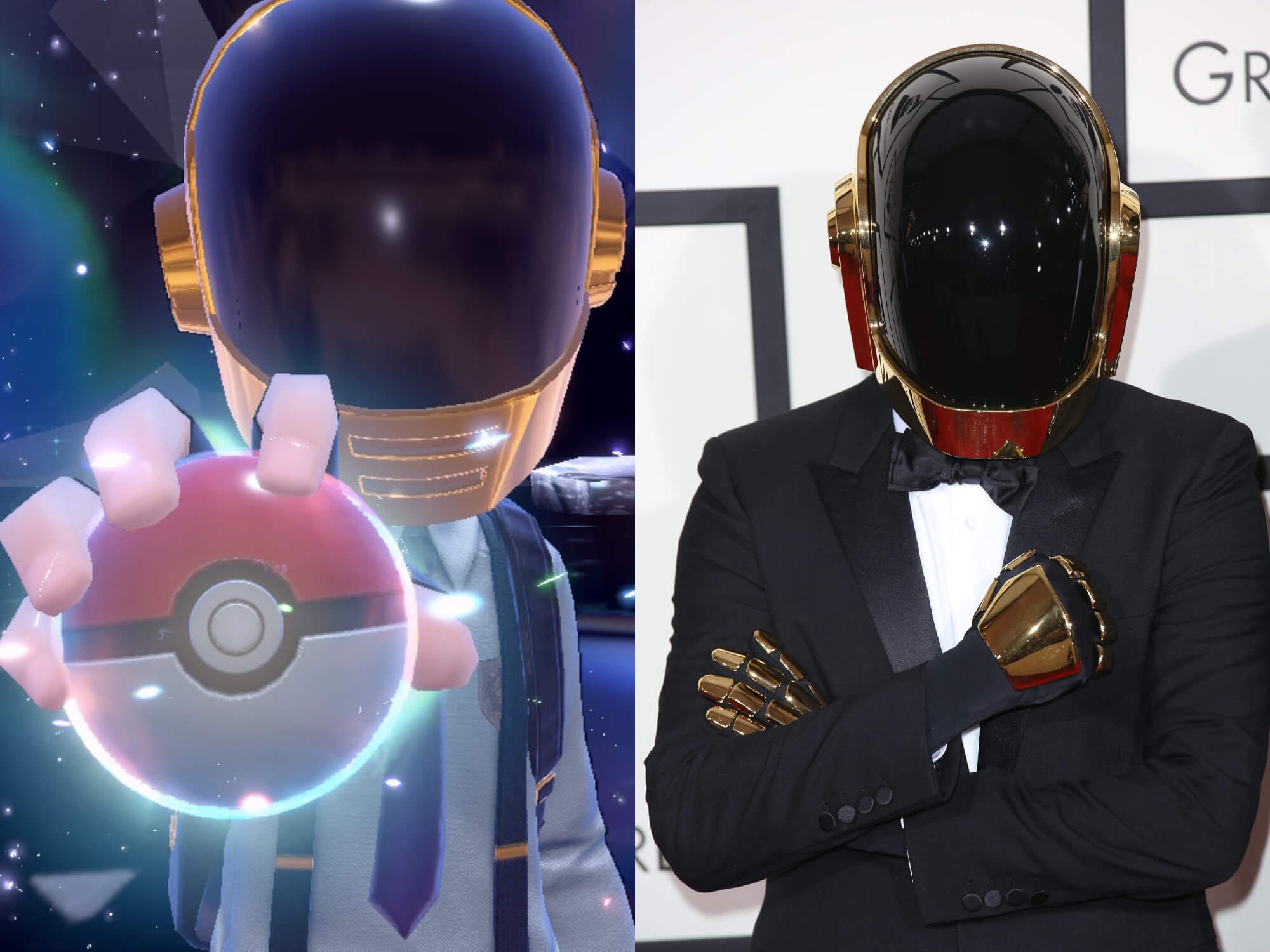 A helmet cosmetic that looks suspiciously similar to the iconic helmets of French electronic music duo Daft Punk has been found in the new Pokémon games.

Gamers worldwide have been exploring the brand new open world of the latest entries in the mainline Pokémon series, Scarlet and Violet since the game’s launch on 18 November. Players have discovered a plethora of novel mechanics and features, including a robot helmet similar to the gold helmet typically worn by Daft Punk’s Guy-Manuel de Homem-Christo that can be found in the game and equipped on the playable character.

The helmets are available in white, black, red, yellow, green, blue, orange, navy, purple, pink, grey, beige, olive, brown, silver, and aurora, with aurora presenting players with a metallic blue-meets-purple sheen. Gaming channel Gamer Guru has shared a step-by-step guide on locating the helmet in-game that can be viewed below.

Daft Punk announced their retirement from music in 2021 via an eight-minute video entitled Epilogue, which featured footage from their 2006 sci-fi film Electroma. While news from the duo has been scant since, Thomas Bangalter was reportedly spotted making music with Lil Nas X after a photo emerged on the rapper’s Instagram of them in the studio together.

The duo also recently joined TikTok as part of a new partnership that now allows TikTok users to use Daft Punk’s music in their videos, and apply a robot helmet filter. Earlier this year, the duo also hosted a one-time Twitch stream of an early, unhelmeted show at the Mayan Theatre on December 17th 1997; part of Daft Punk’s first tour.