We round up the most useful and interesting software synths that won’t cost you a penny. 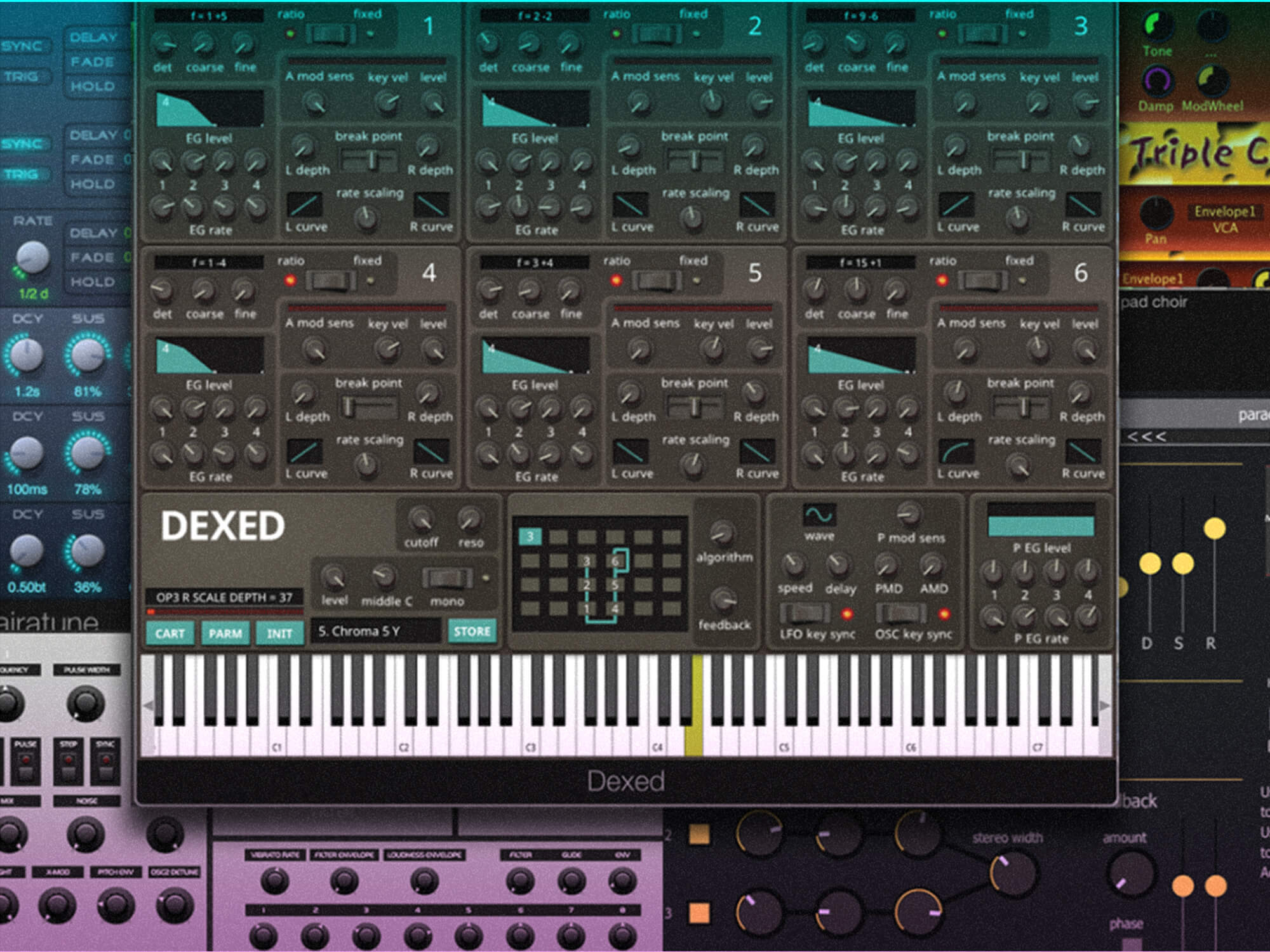 Hardware synths can be expensive. Even soft synths can cost over £200. So, before you empty your wallet for that synth you think you need so badly, why not see what instruments the freeware community has cooked up? 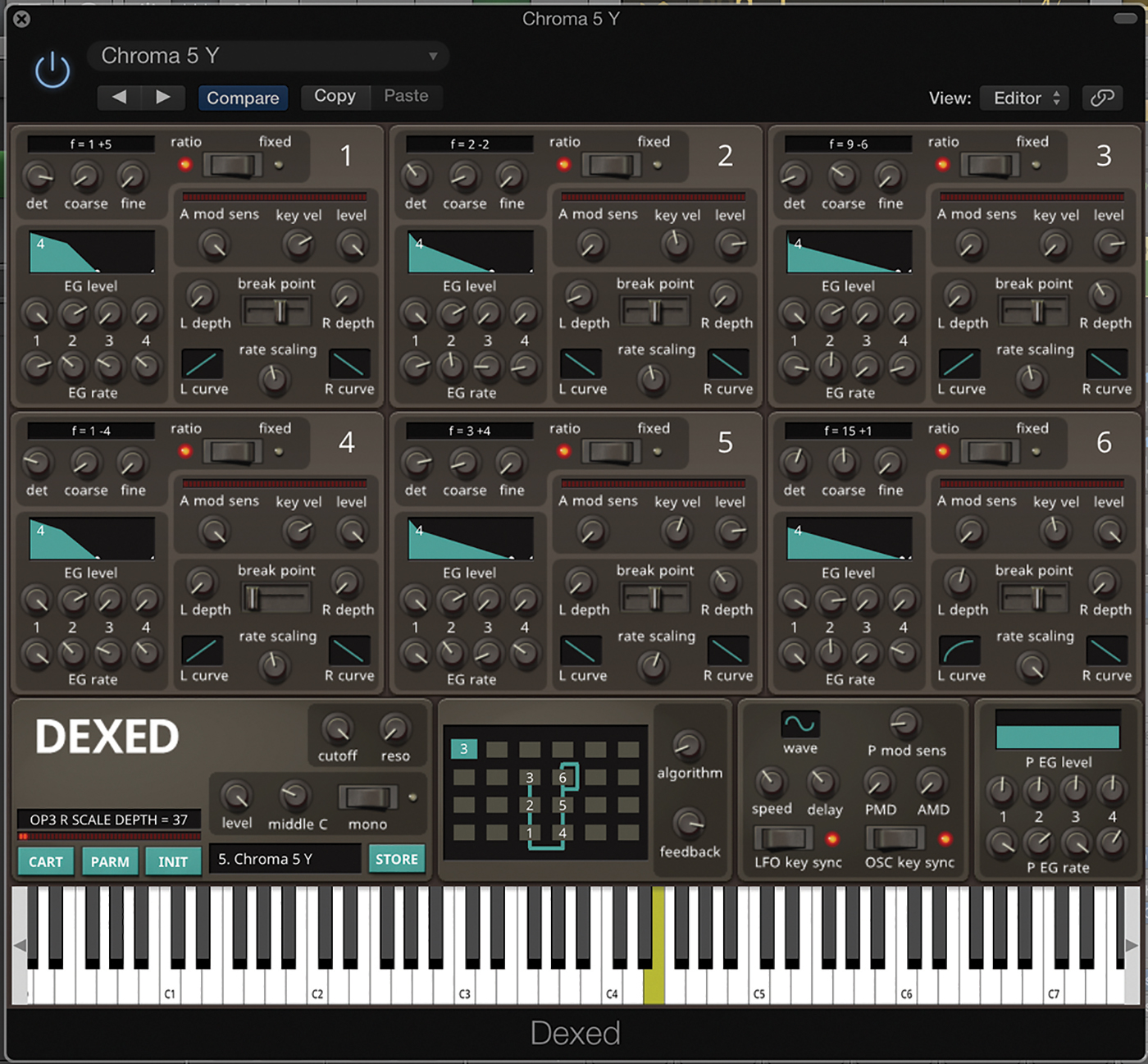 Frequency modulation (FM) synthesis has a bit of a rep of being difficult to master, mostly due to Yamaha’s DX7 – the hardware FM synth that defines the genre. The DX7 was incredibly popular in the 80s and 90s, though, and you can hear it presets on countless pop hits. Dexed is an open-source DX7 clone, and while it sports a bit of an intimidating interface, it’s much easier to navigate than the original hardware. You can also load in original DX7 patches so that you can grab more presets from those who have spent the time mastering the hardware FM synth. To get to grips with FM synthesis using Dexed, head to our workshop.

The OB-X was a fat and warm-sounding 80s hardware polysynth that barged its way to prominence with the help of Jean-Michel Jarre, Herbie Hancock, Van Halen and Queen – among plenty other artists. OB-Xd from discoDSP’s is a faithful reproduction of the rich-sounding synth, implementing randomised micro-tuning to achieve similar tones. The dual-oscillator plug-in features some modern additions to expand on the sound-shaping possibilities of the original, including a continuously blendable multimode filter. With help from some other free plug-ins, you can quickly create a vast palette of impressive sounds. Check out our workshop to find out how. It’s also just recently been updated to version 2. 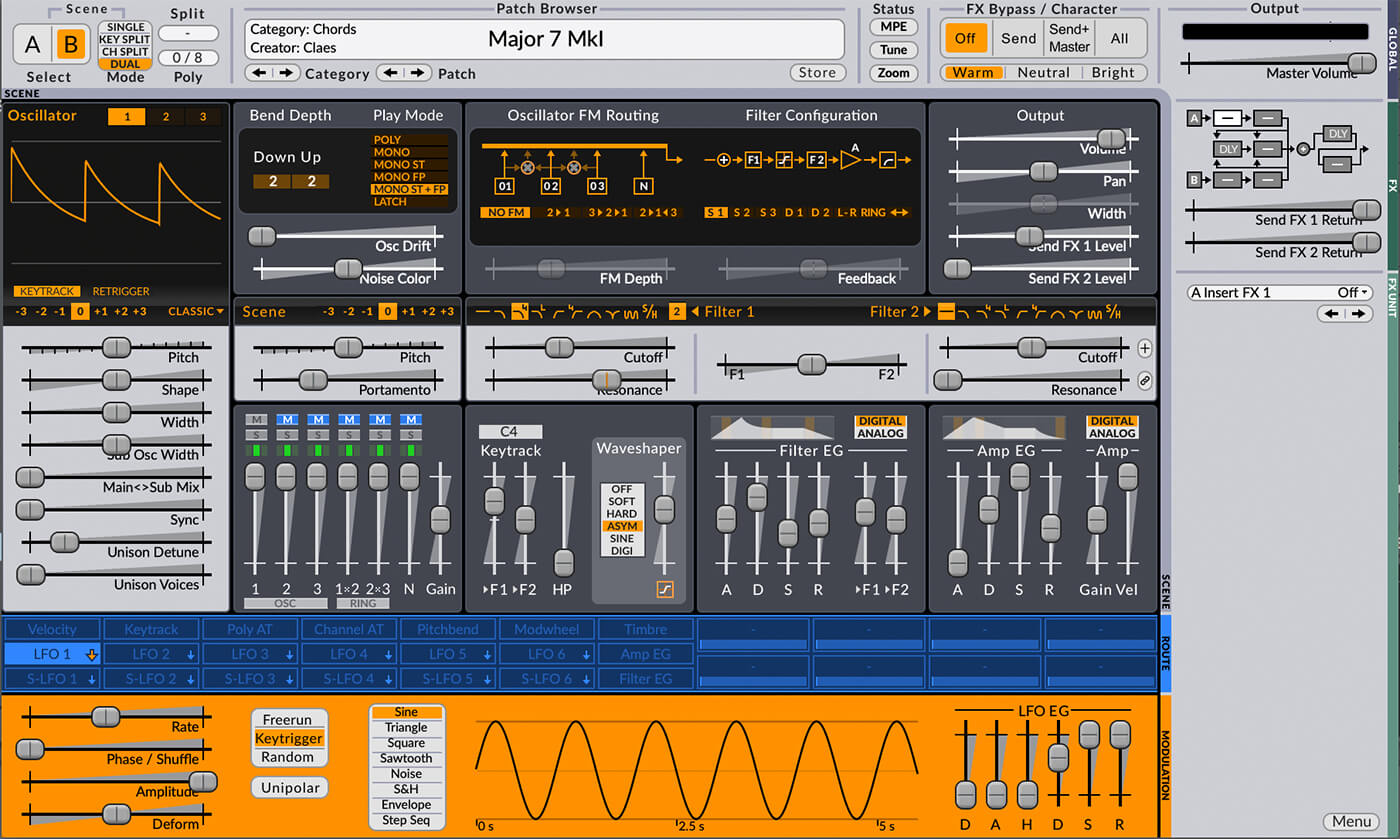 Used by the likes of Roger Linn, Surge is a free, open-source software synth that was, until 2019, a paid product. The subtractive hybrid synth features three oscillators per voice with eight oscillator algorithms plus oscillator FM/ring modulation to quickly mutate your sounds. Each patch is split into two Scenes for layering up different textures. Surge has some built-in effects, including a reverb based on all-pass filters and delays, a flanger with extreme tuning and feedback options, and Rotary Speaker, which models the iconic Leslie Rotary cabinet. We’ll be bringing you some tutorials on how to use Surge very soon, too! 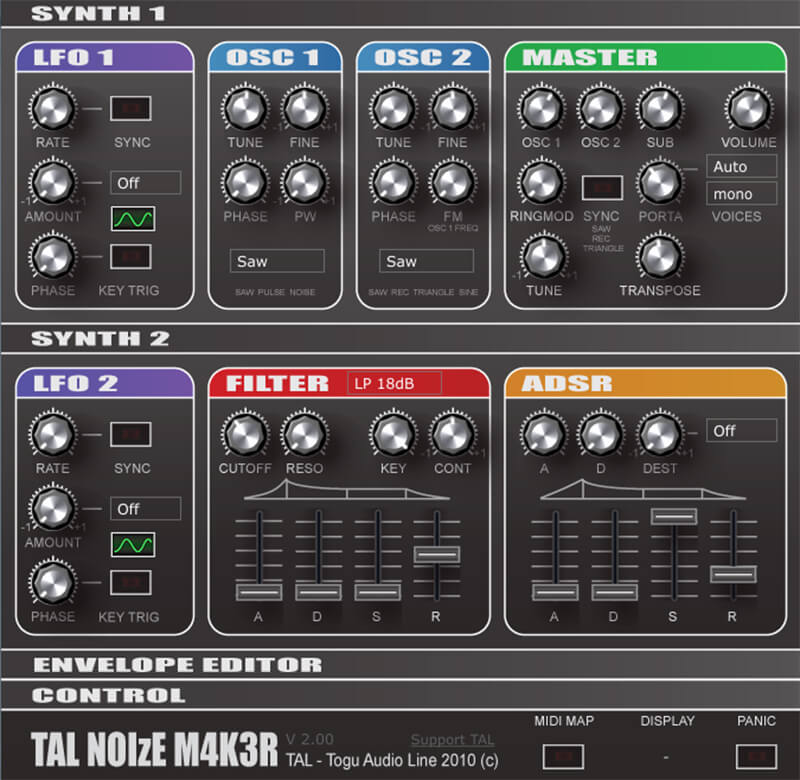 NoiseMaker builds on the success of TAL’s Elek7ro synth and is a relatively straightforward virtual analogue soft synth. Despite its simplicity, with three oscillators, several different filters and a pleasing amount of modulation capabilities, it can make some seriously powerful sounds. Built-in effects such as a reverb, bitcrusher and Roland Juno-style chorus mode make for some fat and heavy patches. We’ve created two workshops with TAL-NoiseMaker – one on designing transition effects and the other on using it as a drum synth, to get you up and running. 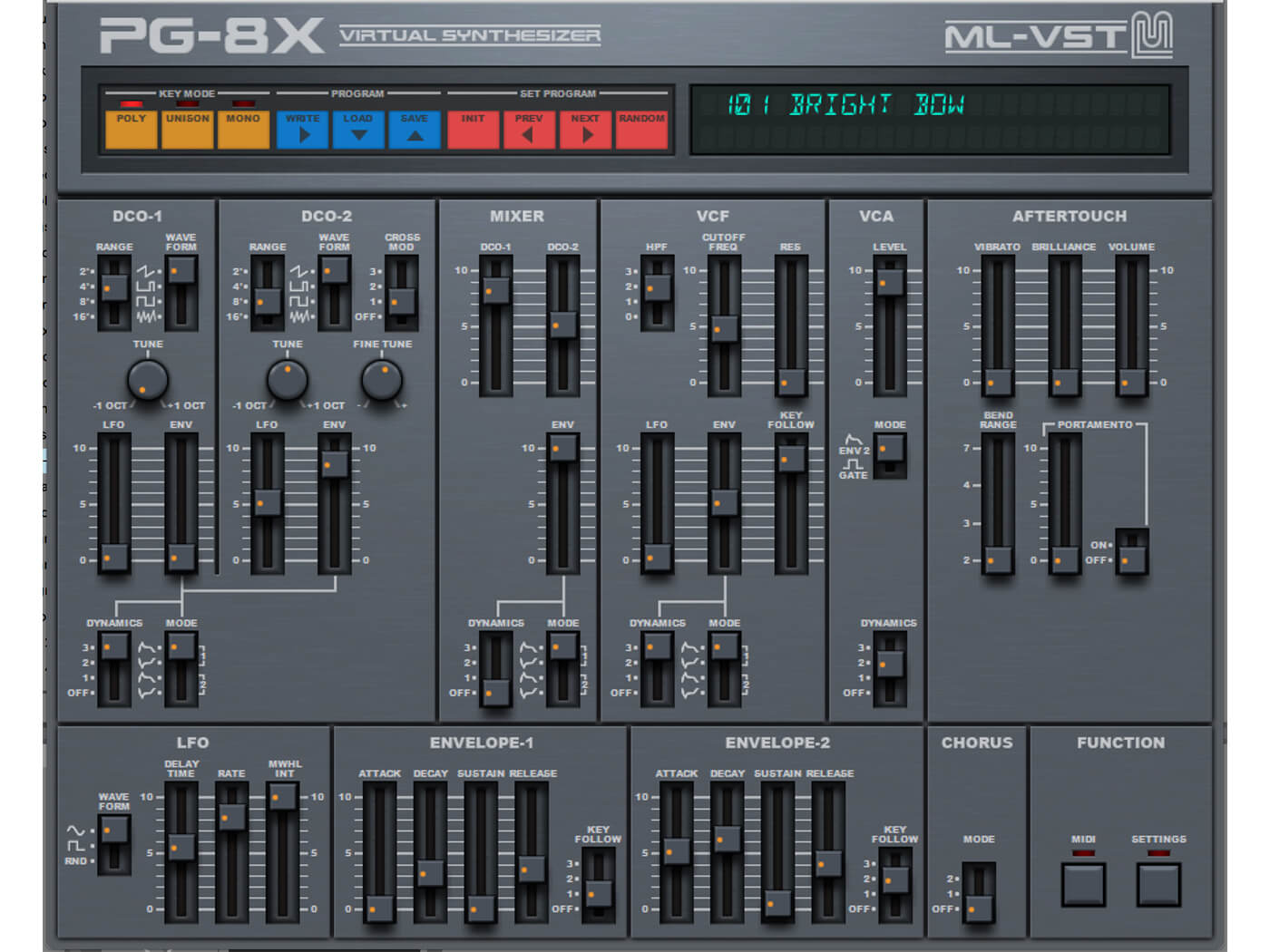 Roland’s synth legacy from the 1980s is impressive, and the freeware community has paid homage to them in abundance. The PG-8X is based on the legendary JX-8P, an analogue subtractive six-voice synth with digitally-controlled oscillators and a separate programmer, the PG-800. And it’s from this programmer that software gets its interface. Download the presets via the developer’s Facebook page, and you’ll have a very capable – and surprisingly varied – synth on your hands. You can also learn how to make an entire track with the PG-8X in our workshop. 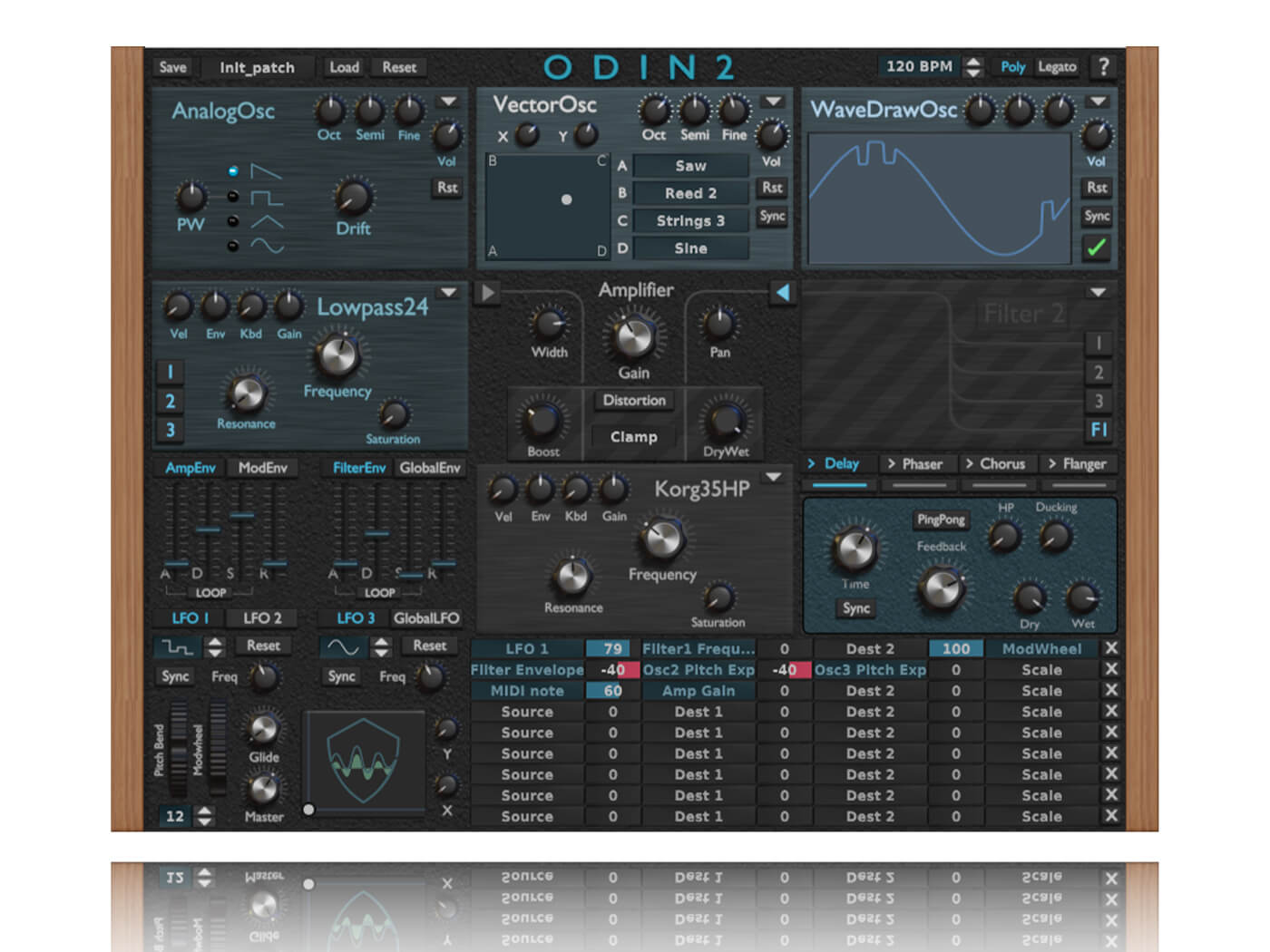 Reason’s legendary wavetable synth, Thor, gets the freeware treatment from WaveWarden with Odin 2. The 24-voice VST3 plug-in is still in beta but features 11 oscillators, over 30 different waveforms and 12 different filters. The filters include emulations of Moog’s classic Ladder filter, Oberheim’s smooth low-pass filter and the aggressive Korg 35 filter found on the MS-20. Thor’s flexibility came not just from the oscillators and filters but from its modulation matrix, which TheWaveWarden has kept true to the original in Odin 2.

u-he makes some of the best synths money can buy, like Diva and Hive, and also some of the best that no money can buy. Podolski was initially developed in 2005 but has had many updates, the most recent of which is 1.2.2, released in January 2020. It was designed as a CPU-light virtual analogue subtractive synth, and its arpeggiator/sequencer, chorus and delay effects help create some lovely patches. If you’re not sure where to start, there are over well over 500 patches available too. 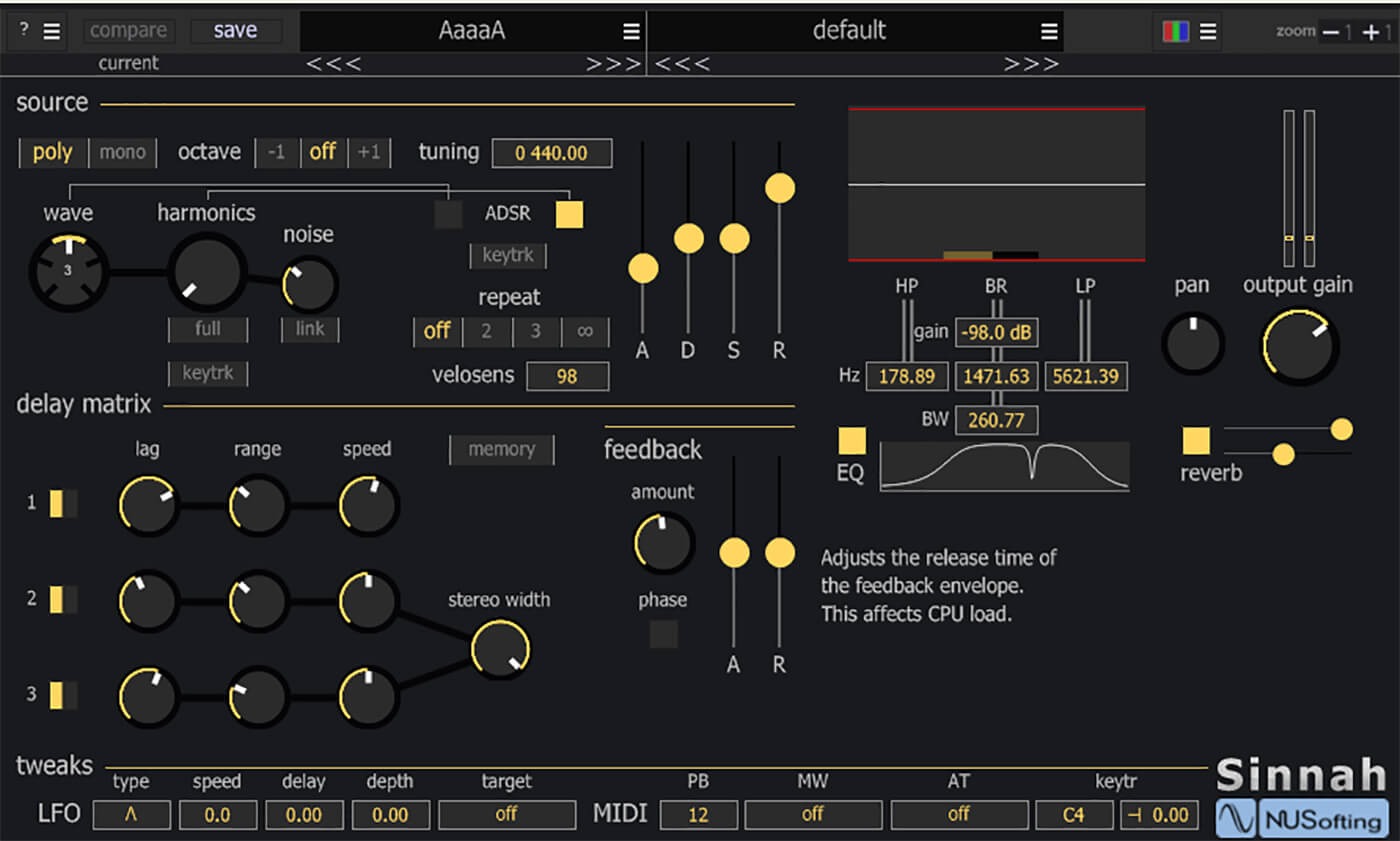 One of our classic choices gets an inclusion again, thanks to an update to v1.1 a couple of years back. At first glance, Sinnah has a simple architecture, but also boasts a large delay matrix, plus five waveshapes and the ability to increase the level of harmonics for each. It’s able to sound both acoustic and very electronic, so can be used for a wide variety of tasks and genres. It comes with a good range of presets with 50 free extras from julianraymusic.com. 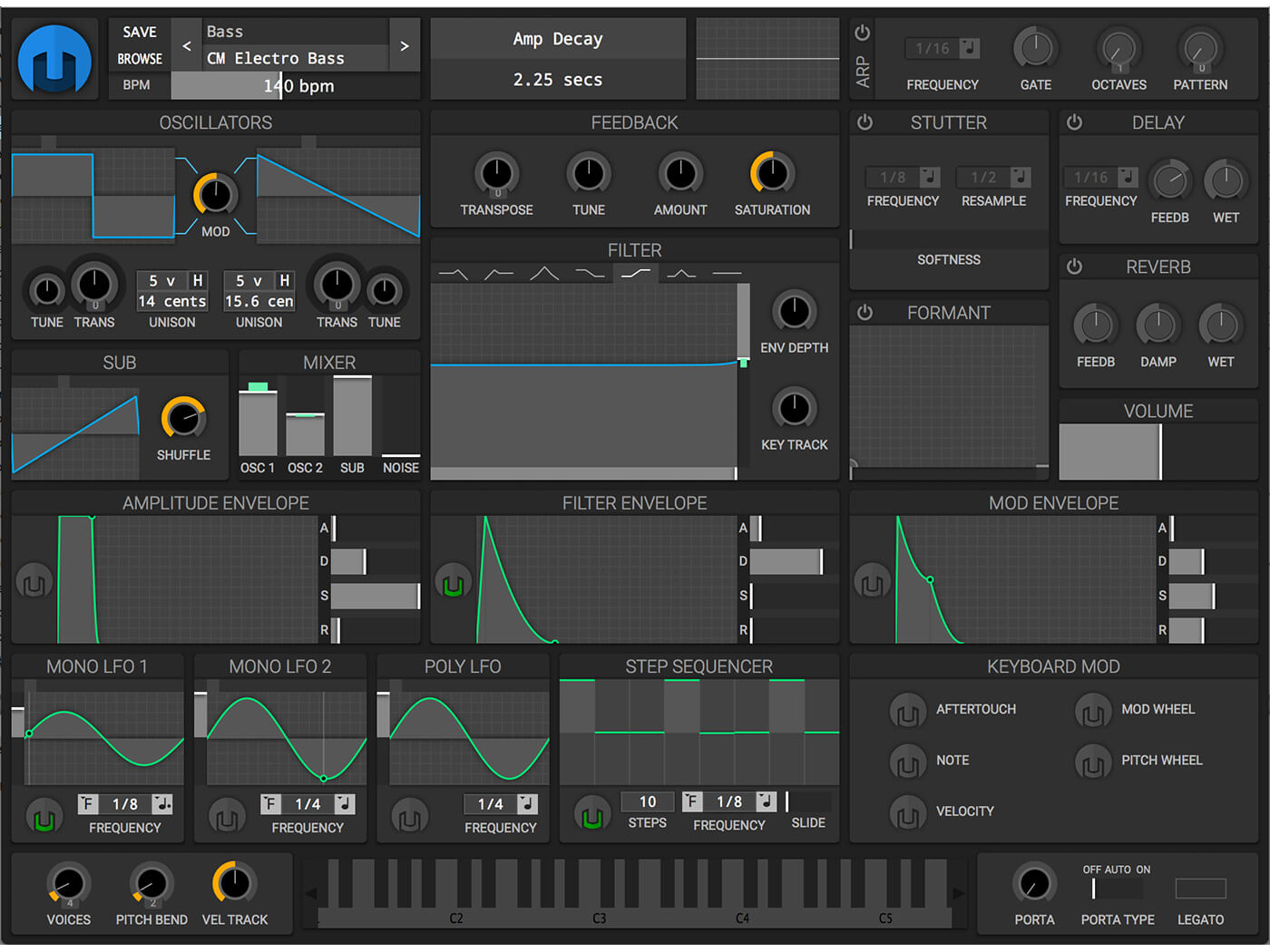 Open source polyphonic synth Helm makes the list because its GUI stands head and shoulders above everyone else’s. Helm also sounds as good as it looks, especially when you tweak those inviting controls that include oscillators, envelopes and a step sequencer. It’s the effects that make it synth, with stutter and formant drama alongside traditional delay and reverb. It sounds great and is fantastic to use, with loads of inspiring presets, too. 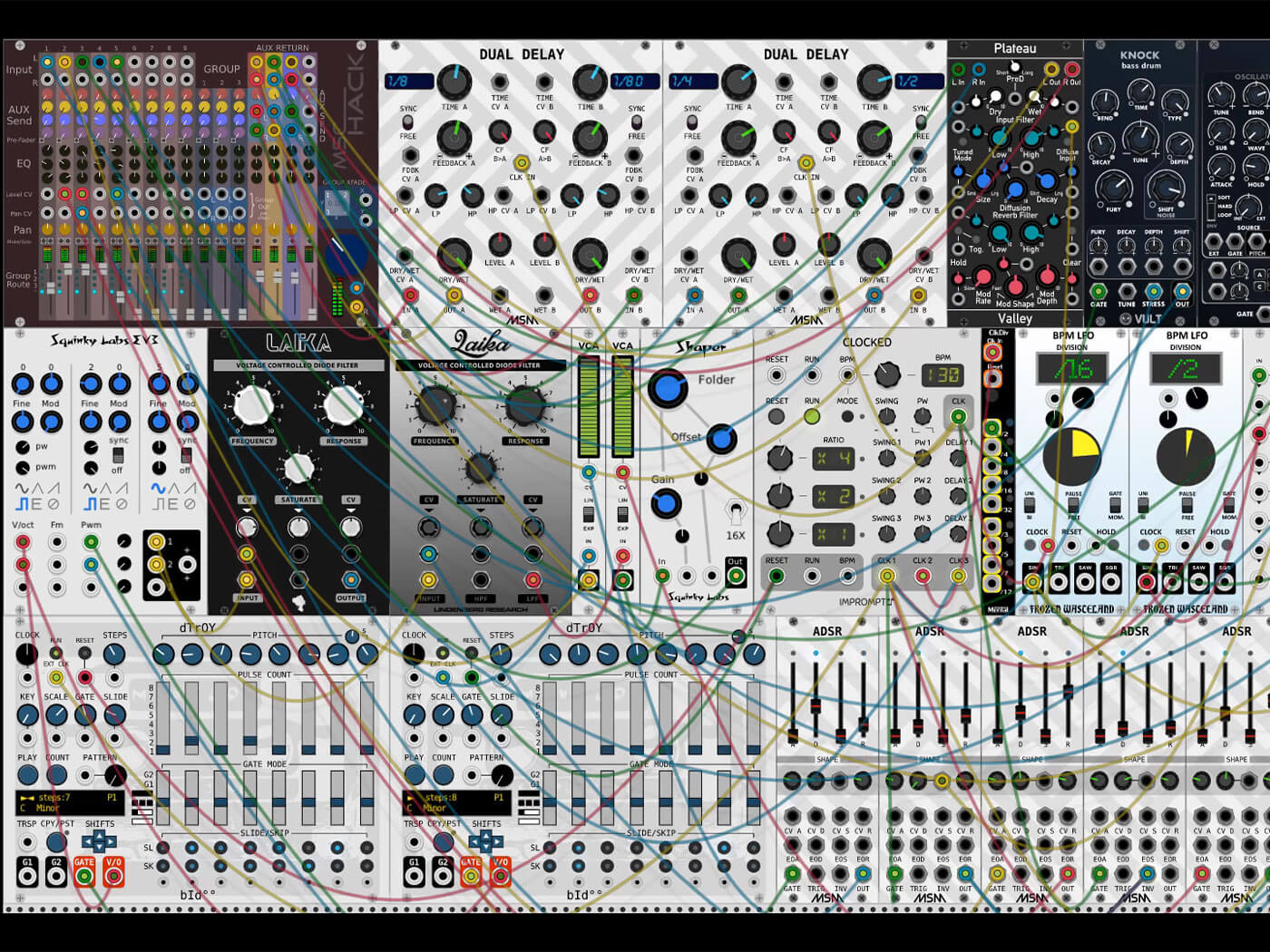 Modular presents a whole universe of synthesis, and it can seem pretty daunting. However, VCV Rack lets you dip your toes in the synthy water. VCV Rack is a free virtual Eurorack environment that will allow you to hook up virtual modules and create weird, otherworldly sounds and sequences. VCV Rack also boasts MIDI Output, a feature that lets you control MIDI hardware with new Rack modules like CV-Gate, CV-MIDI and CV-CC. Some modules will cost you, but you can certainly have a bunch of fun with the free modules.