Regarded by many as the flagship synth of the 80s, the Roland Jupiter 8 set an interplanetary benchmark. 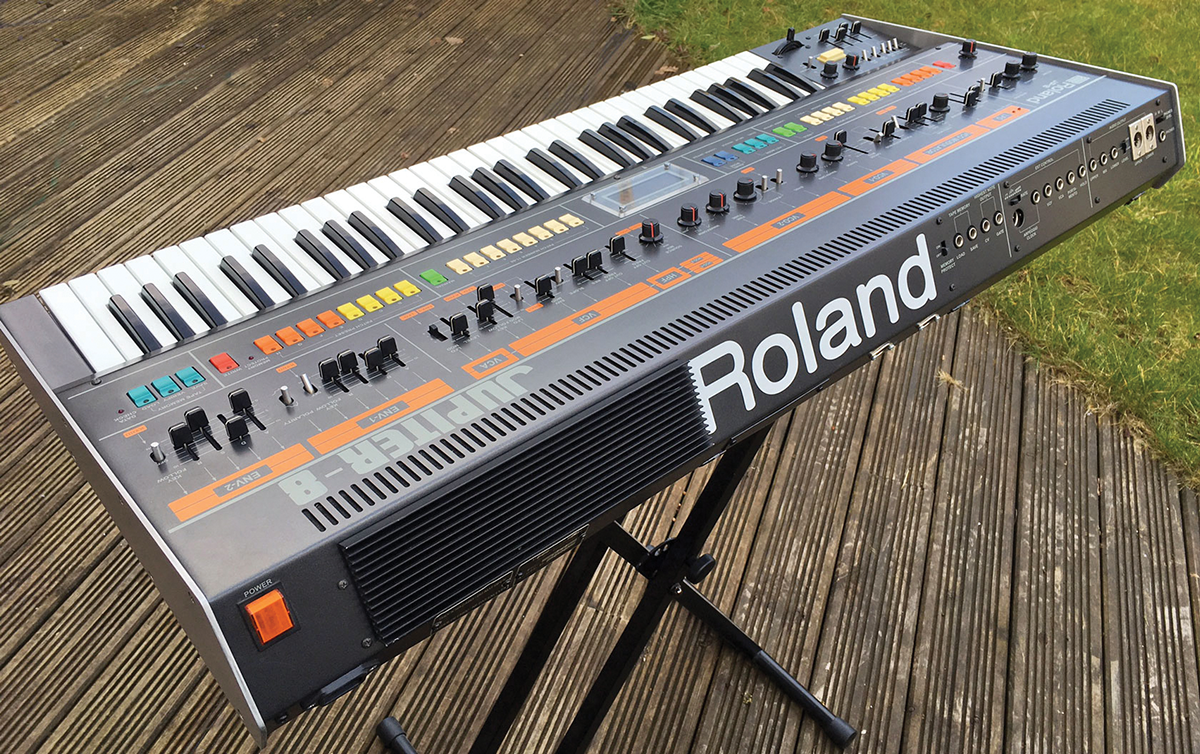 Like many, I had a slightly unhealthy fascination with shows like Top Of The Pops when I was in my teenage prime, and I’m not talking about Legs & Co! No, I was always craning my neck to see which synth was being used by the performing bands, which was a game made easier by the standard tradition of writing the brand name on the back of the synth for all the cameras to see. And there seems to be none more striking than the name Roland, in that classic late-70s font.

The machine which seemed to be more predominant than any other, during that early- to mid-80s period, was identifiable via a bright orange, glowing power switch which was also located on the back panel, just along from the Roland moniker. It was of course the Roland Jupiter 8, although it’s worth stating that it wouldn’t always glow, due to the nature of the miming that would occur on a show like Top Of The Pops, as it often wasn’t even plugged in.

Nevertheless, I can take myself back to a time when I walked into a synth store in south-west London, with a view to buying my first synth from all of the savings I had accrued from five years of backbreaking jobs while being a school pupil – and there it was. My first synth-to-be, a second-hand Jupiter-8A, which was being discarded by a record producer in order to purchase something like a Yamaha DX7 (funny how useful hindsight can be). 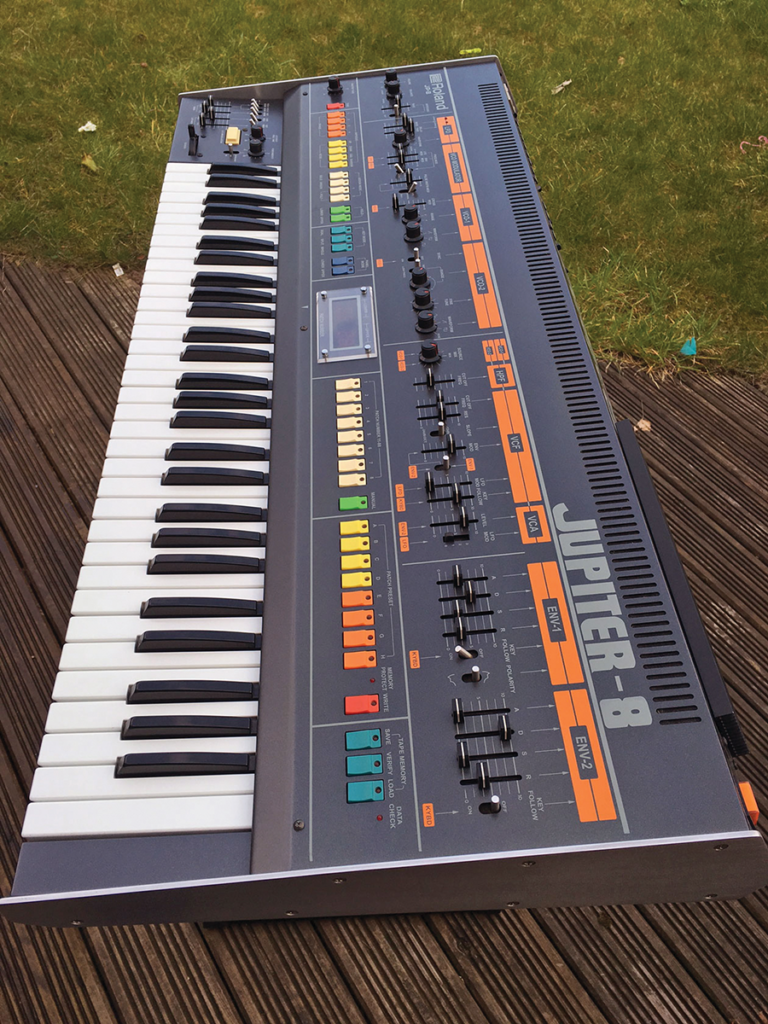 I remember reading some years ago, in a readers’ poll, that it was genuinely thought that the Jupiter-8 was one of the prettiest synths ever made. I can’t disagree, but why? It’s possibly because of the colourful switches which line the front of the panel, along with the beautiful legend which is encased, along the top, by the orange framing.

It might be pretty, but it’s also heavy. Weighing in at around 48lbs, better known as 22kg, that’s an awful lot of bags full of sugar, and it’s one of the reasons that I rarely take my Jupe out these days. Once it’s in a flight case, your back clearly knows it, and I blame my Jupe for a recurring back gripe, which started (you guessed it!) around the time I was gigging with it.

The popularity of the Roland Jupiter 8 is highly justified because so many electronic and pop artists cite it as one of their favourites; Thomas Dolby, Jean-Michel Jarre and Howard Jones were all fans of the JP-8, but what is this down to?

I believe that it’s largely due to the serene nature of the filters. Unlike other machines of this era (Juno-6, SH-101, etc), the filter on the JP-8 doesn’t self-oscillate, so it’s much less aggressive and less likely to rip your head off.

It is, of course, completely analogue (as you would expect for a synth of this age), and so lends itself to more modest tonal colours. If you have used a few synths of the preset variety, I would put money on it that you have probably come across a ‘JP Strings’ patch at some point, and that speaks volumes about what the Jupe does best. 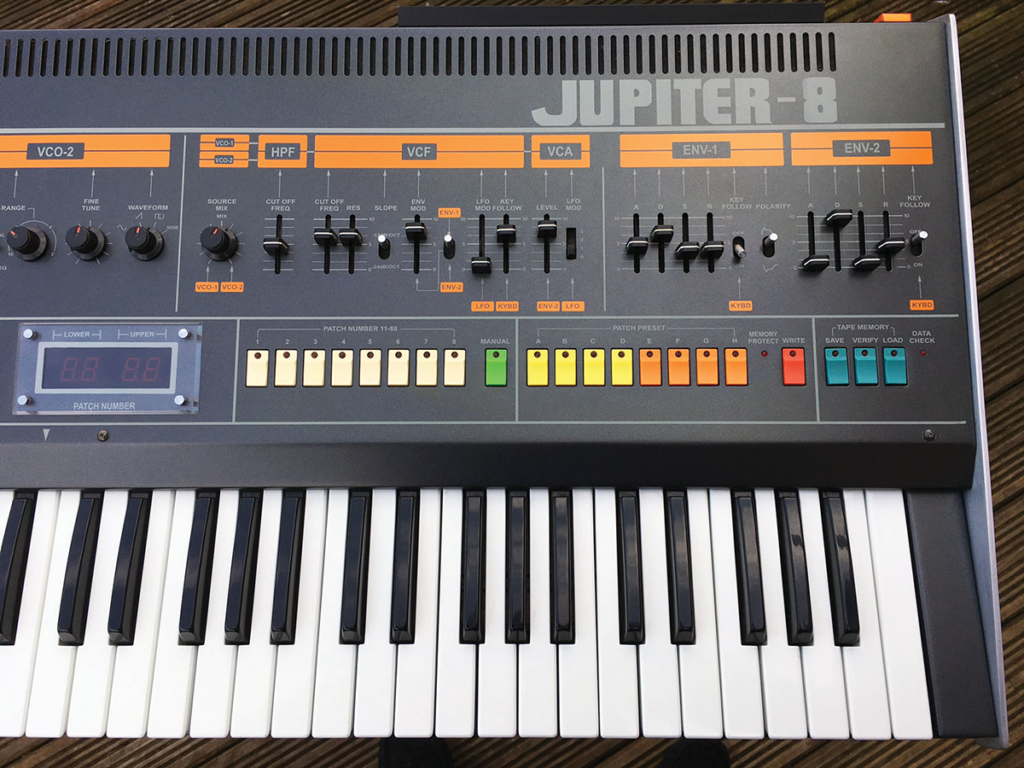 The two VCOs, which begin the synth architecture, are stunning, with a choice of four waveforms on each. Interestingly, VCO One offers triangle, saw, pulse and square, whereas VCO Two offers a slightly different selection, namely sine, saw, pulse and noise, with the ability to frequency-shift VCO Two fully, in a rather lovely semitone step motion, coupled with a ‘fine tune’ pot. This is where the user could make those magical JP strings come to life, with the subtle detuning of the second oscillator against the first.

That, and the legendary 24dB/octave four-pole filter, brought forth the subtlety which was ideally suited to strings or similar. There is also a 12dB/octave two-pole filter on offer, which predictably sounds more abrasive, and a fully sweepable high-pass filter, which proves useful for those higher strings.

Two full ADSR envelopes could dutifully control amplitude, and many other parameters besides, with the addition of many options laid out elsewhere, so it was possible to assign the envelopes to a number of different duties, and share settings. Very flexible indeed…

But Where’s The Special Stuff?

The exceptionally pleasant structure of the JP-8 was one of the signature touches that made it such a delight to use, but there were many features that became something of a calling card. The VCOs could be sync’d together very easily, in the oscillator section, but lurking below was a button marked Unison, which meant that all 16 oscillators (two per voice) could be summed to a single note.

The noise that this made was awesome, and became something of a signature sound. What’s more, applying the portamento to this, and hearing all the oscillators glide to the same location, was awe-inspiring.

And now we’ve mentioned the portamento, I can tell you about one of my fave things that the Jupe can do. Poly Mode 2 uses the same oscillators first, with each trigger. So using this mode, with portamento, means that the notes will glide from chord to chord, in the way that one would want – sliding effortlessly from one chord to the next!

When I discovered this trick as a teenager, I spent the next week writing tunes that just did that… Great for me, less so for my family, who could hear the thundering chords vibrating through the bedroom floor boards, into the lounge below. Families, as we all know, should suffer the art of their teenagers. 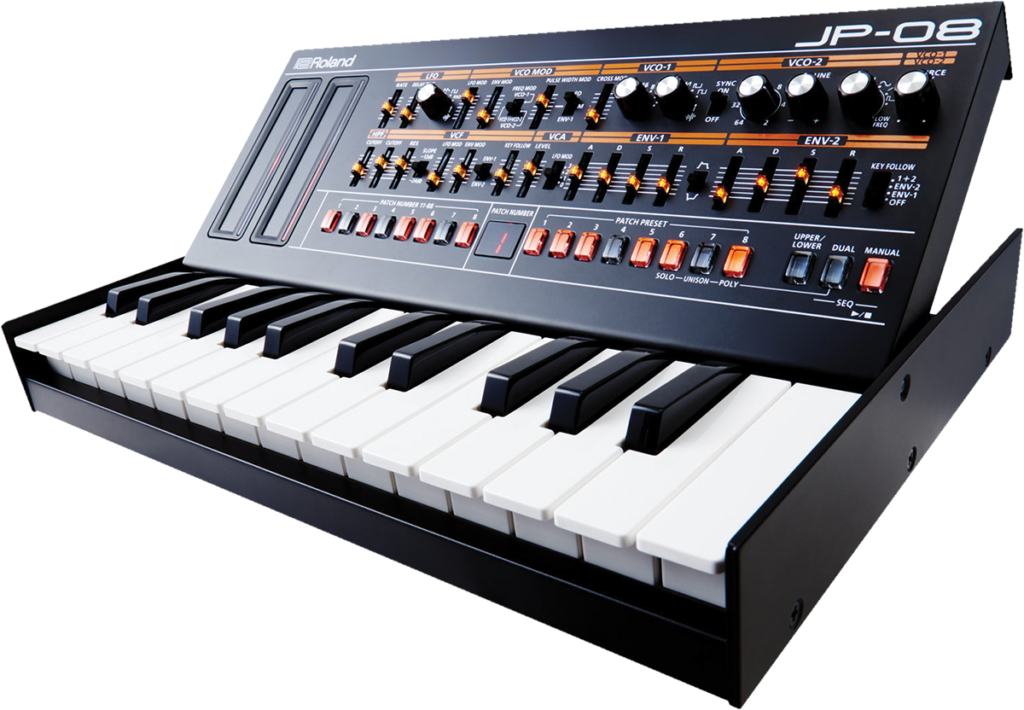 The Boutique JP-08 is a limited-edition, mini-hardware version of the Roland Jupiter 8 which lacks some of the features of the original but costs a hell of a lot less

But there was more besides; a clockable LFO with four waveforms (one of which was Sample And Hold); 64 memory locations that were non-volatile, stable tuning with a tune button that would bring all oscillators into line, and a staggeringly fast warm-up time of four minutes.

But I have saved the best until last, as any synth owner from that time will know. There was an arpeggiator that ran over a range of a full four octaves, and with four modes of operation; Up, Down, Up & Down, and Random. Just ask Nick Rhodes, of Duran Duran, about the Random arpeggiator! It would probably be easier to list the Duran songs that didn’t feature it. Rio, Hungry Like The Wolf and more, all benefitted from a bit of Jupe (Dur)randomness [sorry about Owen, our sub ed – Ed] 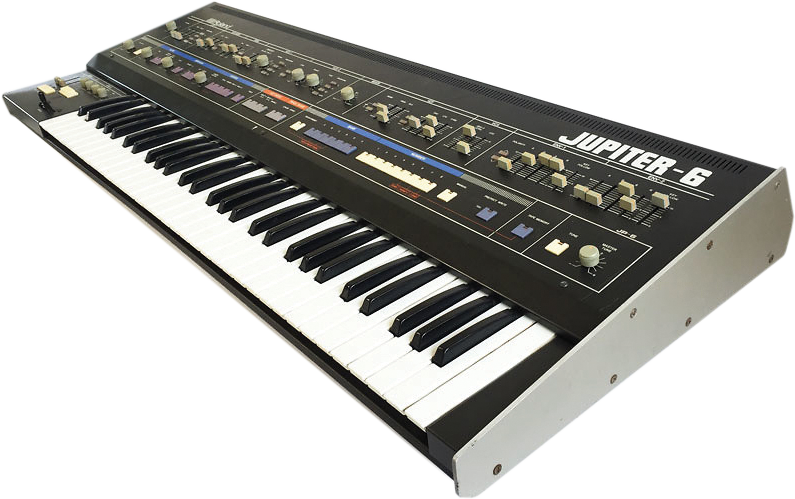 You could do worse than tracking down a Jupiter 6 as an alternative to the Roland Jupiter 8 and save yourself a few thousand while you’re at it!

The New Kids on the Block

I would imagine most people know by now that Roland have introduced a digital facsimile of the JP-8, in the shape of the Boutique JP-08. This is an ACB reincarnation (not analogue, although you would be hard pushed to know it), of the classic, but for many, there are two prevailing negatives here. Firstly, and contrary to the name, it’s only a four-voice unit, although full eight-note polyphony can be achieved by buying two (but of course). 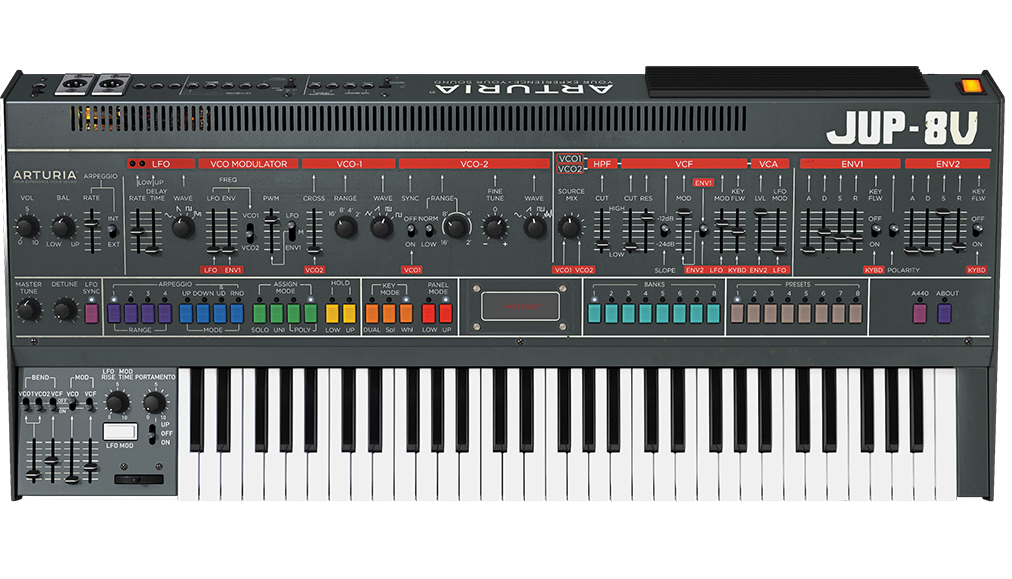 The other glaring omission is the lack of arpeggiator. Yes, we know you can find these elsewhere, but we want to have those buttons right in front of us, as it’s pretty much part of the sound of the original Jupe.

Another worthy contender for consideration, though, is the Arturia Jupiter 8V, which offers a very similar timbre, but with added effects and the like, that one would expect from a plug-in version.