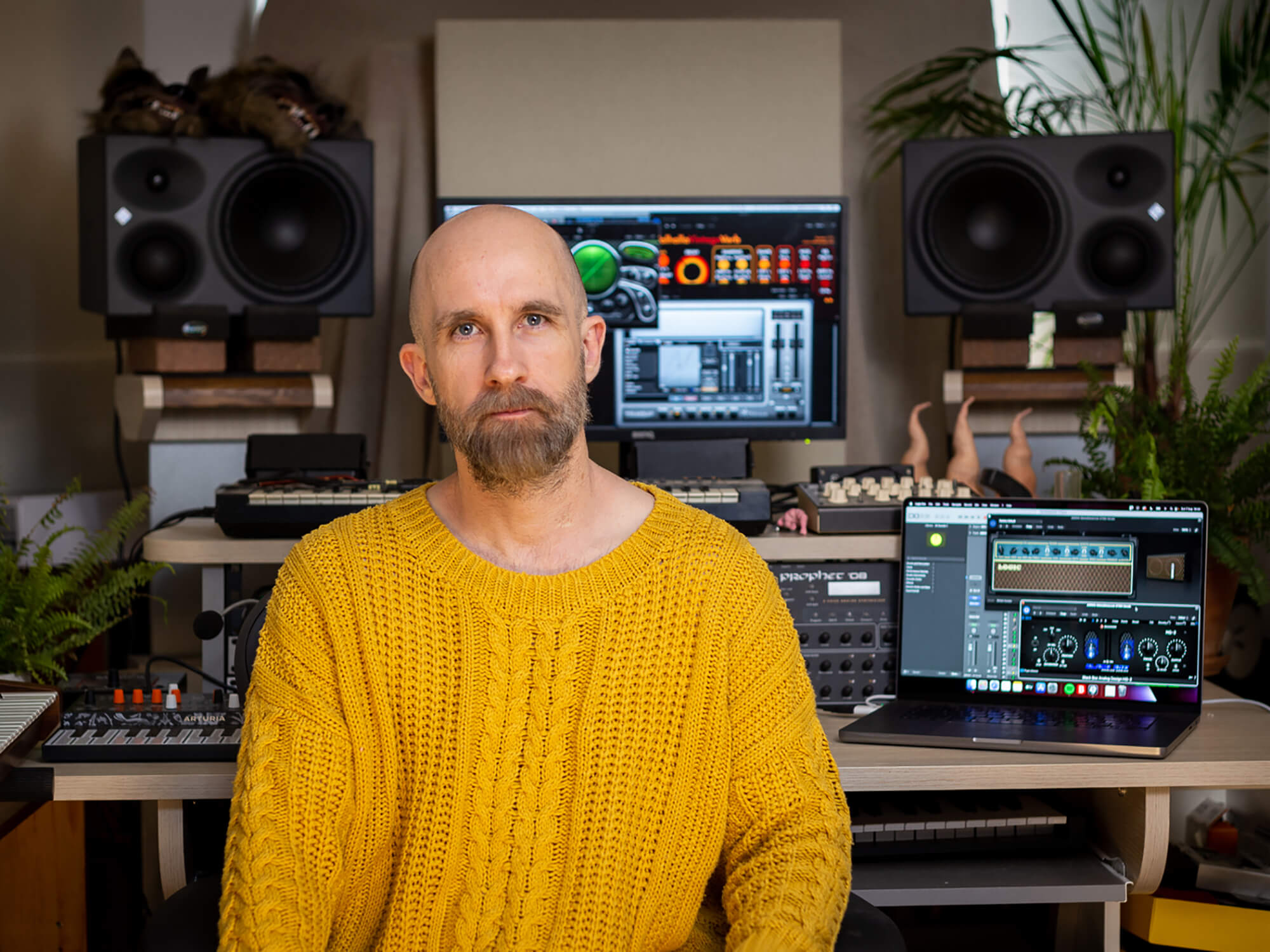 Plug-ins I Actually Use: On Man

Coming from a punk background, On Man heads into dark, abstract territories on his debut album.

London producer On Man imparts a tinge of darkness in his music, refusing to shy away from distorted, glitchy and otherworldly sounds. He’s worked with the likes of Giggs, Darq E Freaker, Zebra Katz and Mr Hudson, and now, on his debut self-entitled solo album, he shows off his vast palette. He dips into grimey beats paired with grungey guitar drenched in all manner of effects pedals, reflecting his musical past in punk and alt-rock.

We learn about the plug-ins On Man used to create his sonic signature and his incredible debut album, released via Houndstooth Recordings.

Congrats on your debut album, On Man! You’ve worked with an impressive roster of artists – what urged you to create a solo album? Is there a freedom when making music purely for yourself?

Thank you. I’ve been lucky to work with some incredible artists and I’ve learned something useful every time I’ve gone into a session with someone new. The album started quite organically just from doing loads of sessions with writers and artists I admired, without any specific direction.

It was all going well but then my mum died and I took a little break from music. When I came back, I now had more of a focus to the album as I explored my feelings of grief through the writing. My creative decisions became a lot more personal, so I kept myself in a bubble during this period and didn’t show anyone anything until I had finished. Not many people even knew I was working on an album! It was very freeing. It gave me that space to take as long as I needed for the ideas and sounds to form fully and I think I was able to make bolder creative decisions because of this. 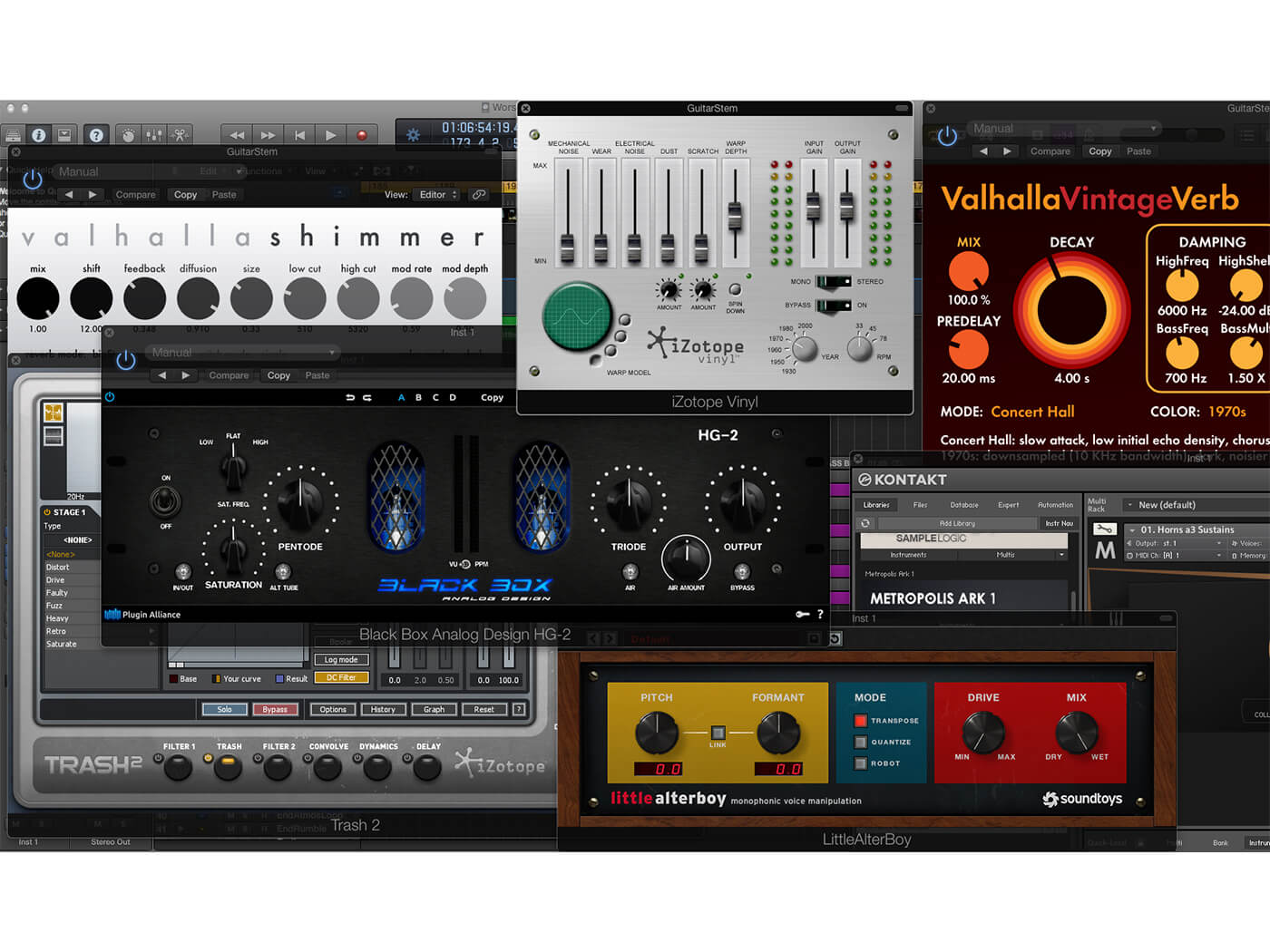 At times, the album heads into grime territory with squelching basses and heavy, chugging beats, but then you pair this with guitar…

I come from a punk/alt-rock background, so guitar underpinned a lot of my early musical life. Having said that, I don’t think I started any of the tracks on the album with guitar in them – they all had synth, sample or piano beginnings. But the guitar crept in in a big way as I searched for that missing ingredient.

Guitar features in a number of ways on the album, from a more traditional approach to doing things like feeding them through reverb (normally Valhalla Shimmer) and resampled (or just edited the waveform in the arrange page, with long crossfades) to create pads in a number of the songs. I try my best to find a guitar sound that stands out in some way (even if it sounds technically ‘bad’). An example is the guitar solo for Sever, where I paired it with the stock Logic ring modulator and pitched delay, along with the Logic Vintage amp simulator and then finally one of my favourite distortions, Sly-Fi’s Kaya, to destroy it.

I recently upgraded from Soothe to Soothe 2 by Oeksound. I used it a fair bit on the album.

Sometimes I’d use it really aggressively as a kind of sound design tool rather than just a problem-solver – if you push it hard enough it destabilises the tonality of the sound in a cool, wispy way, so you’re left with the interesting noise of the source. I used it like that on a few synth and piano sounds. But, used more traditionally, Soothe 2 was essential in the song Darks. This had a lot of competing, harsh frequencies – I had run many of the stems and effects through guitar amps, so there was a big 2-3kHz build-up that needed taming in a musical way and Soothe 2 was perfect for this. It’s great to have that extended frequency response in the new version to play around with the low mids. It was extremely CPU hungry when it first came out but it seems to have sorted this significantly with the new version.

iZotope Vinyl. I had some vinyl sample recreation/emulation bits to do and this was a fantastic tool for getting that sound. I don’t just use it for vintage-sounding things though – I use it quite often, whenever I want a vibey high-pass filter. I don’t use much of the crackle/noise options but I like the warp slider a lot. It’s all over the album.

Valhalla VintageVerb. I’ve used this on almost every track on the album. It’s quick, easy, very controllable, lovely GUI and it sounds great. I mainly use the ’70s’ or ‘NOW’ colours.

Metropolis Ark 1 was an expensive one. It’s been worth it though. When I was first piecing the album together I used some huge orchestral samples, which I recreated for the final recording. Ark was perfect for this – it’s great for quickly making things sound massive.

Logic Pro’s Delay Designer. It has so much control. The transpose, pan, cutoff, and resonance lead to loads of interesting sounds. It’s lacking a drive option but stick it on a send with a distortion or amp sim and it sounds great. I use it whenever I need more going on than the stock tape delay (which I also use a lot) can offer.

I do a lot of stem buss work, so I don’t tend to put anything on the stereo master buss. It’s a workflow from my sound-to-picture work, which always needs loads of stem options and you don’t want the stems to sound wildly different to the mix.

Something that goes on every stem is the Black Box Analog Design HG-2. It’s an incredible leveller, distortion, and saturator. I’ll play around with limiting on the master buss a bit – just to test how it sounds loud, and see how it affects the overall balance if I push it to commercial levels – but I let the mastering engineer handle that side of things, so I’ll take it off before printing the mix.

What plug-in would the album be incomplete without?

From a production perspective, it’s iZotope Trash 2. It’s all over the record, particularly the percussive stuff. Whenever anything sounded too tame or ‘natural’ I’d put Trash on to mess with it, stop it from sounding so polite.

From a mixing perspective, Rich Aitken, who did the final mix of the whole record, used the Thermionic Culture Culture Vulture on all of the stems. That was one of the main things that suddenly made it sound like ‘a record’.

How did you create the gnarly bass sound in Squares and Triangles?

That was a combination of a few sources. First off, I had a couple of 808 samples from 808 Warfare to provide the punch and low end. They remained steady throughout. I used an amp setting on iZotope’s Trash on one of them and low passed it. Over the top of them, I recorded my Vermona Mono Lancet monosynth that evolved as the song progressed, starting quite resonant and low passed and then smoothing out as the low pass filter opened up – and then going super resonant again at the end of the song. I wanted some space on that, so I used a combination of Valhalla Shimmer set extremely short and some Valhalla Vintage Verb Plate – again, short, about 0.7 seconds. I gritted it up using Stillwell Audio’s Bad Buss Mojo.

I used Soundtoys Alterboy all over the album. Not just on vocals but everything – guitars, synths, even percussion. It was so good at producing that otherworldly, destabilised quality I was after. And when you use it with polyphonic or non-tonal source material, it glitches as it tries to find the note, which can also be cool. Plus it has the Decapitator-esque drive, which sounds so good.

On Man by On Man is out now.