by MusicTech
#DAWs#Gear Of The Year 2019
Features

This decade, the DAW has become the de facto heart of the modern producer’s workflow. But which one was the best of 2019? 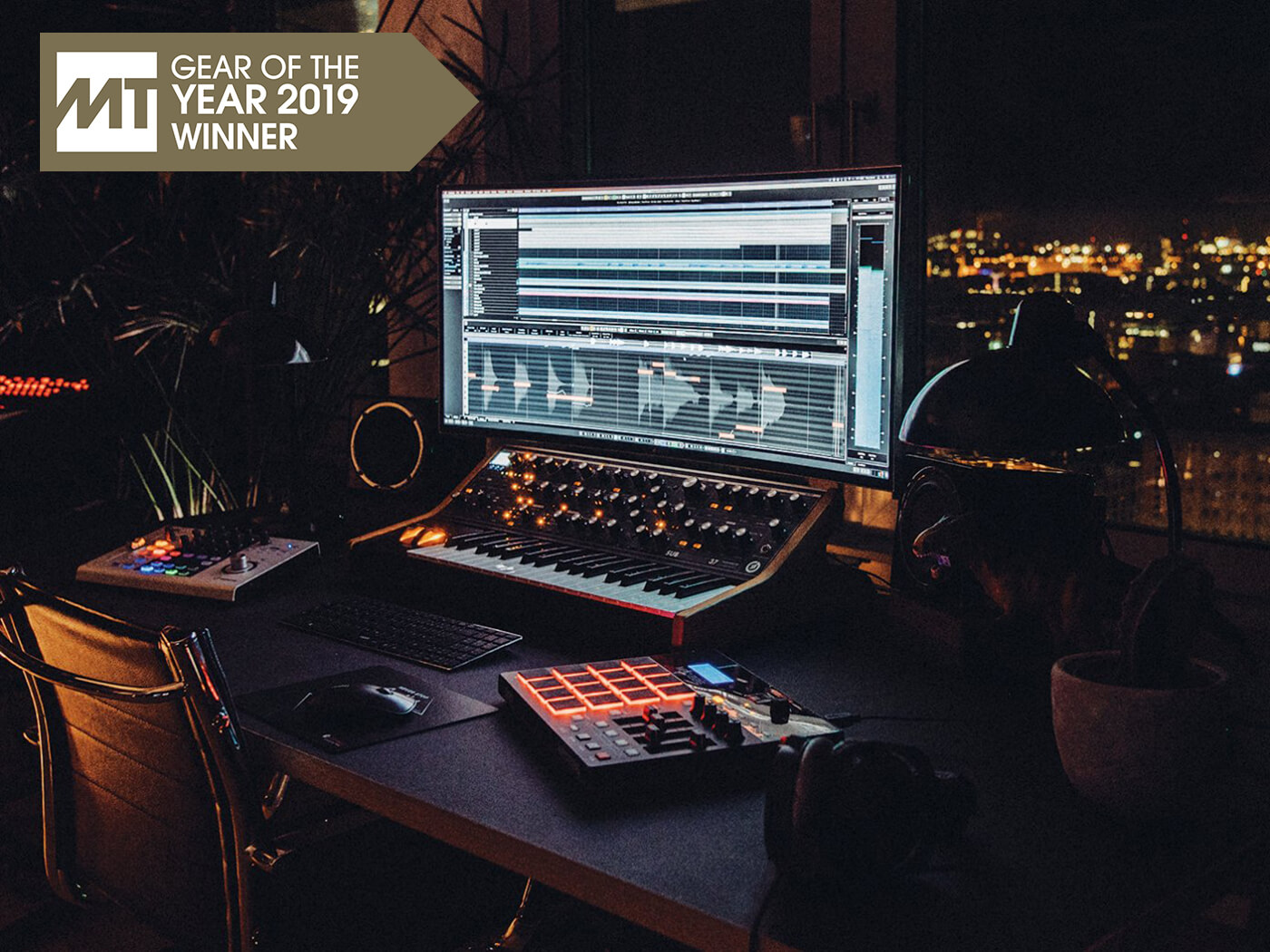 Steinberg has certainly been around long enough to pack Cubase full of the kinds of features expected in a top-flight DAW, but the company is also wise enough to know it’s how these featured are implemented that counts. The latest incarnation of the software, Cubase 10 (available as Pro, Artist or Elements versions), absolutely nails this mix of ability and usability and there are improvements to all areas of the software including a refreshing new look, tweaks to workflow, many additional features and a stack of plug-ins, instruments, samples and patches. With three decades or development behind it, Cubase has matured into the cross-platform DAW to own and it’s a very worthy winner of our Best DAW award.

“Steinberg has added a lot of new goodies in Cubase Pro 10,” said reviewer Adam Crute of this latest version. “Some of them are more obvious than others, to be sure, but all are useful and as well-thought-through as ever. Cubase Pro 10 is yet another triumphant update to this most long-lived and venerable DAW. It’s hard to believe it’s been around for nearly 30 years, especially as I remember the arrival of its first incarnation so vividly. But whatever the impact of those 30 years has been on me, it’s fair to say that Cubase isn’t just looking good for its age, it’s actually looking better than ever.” 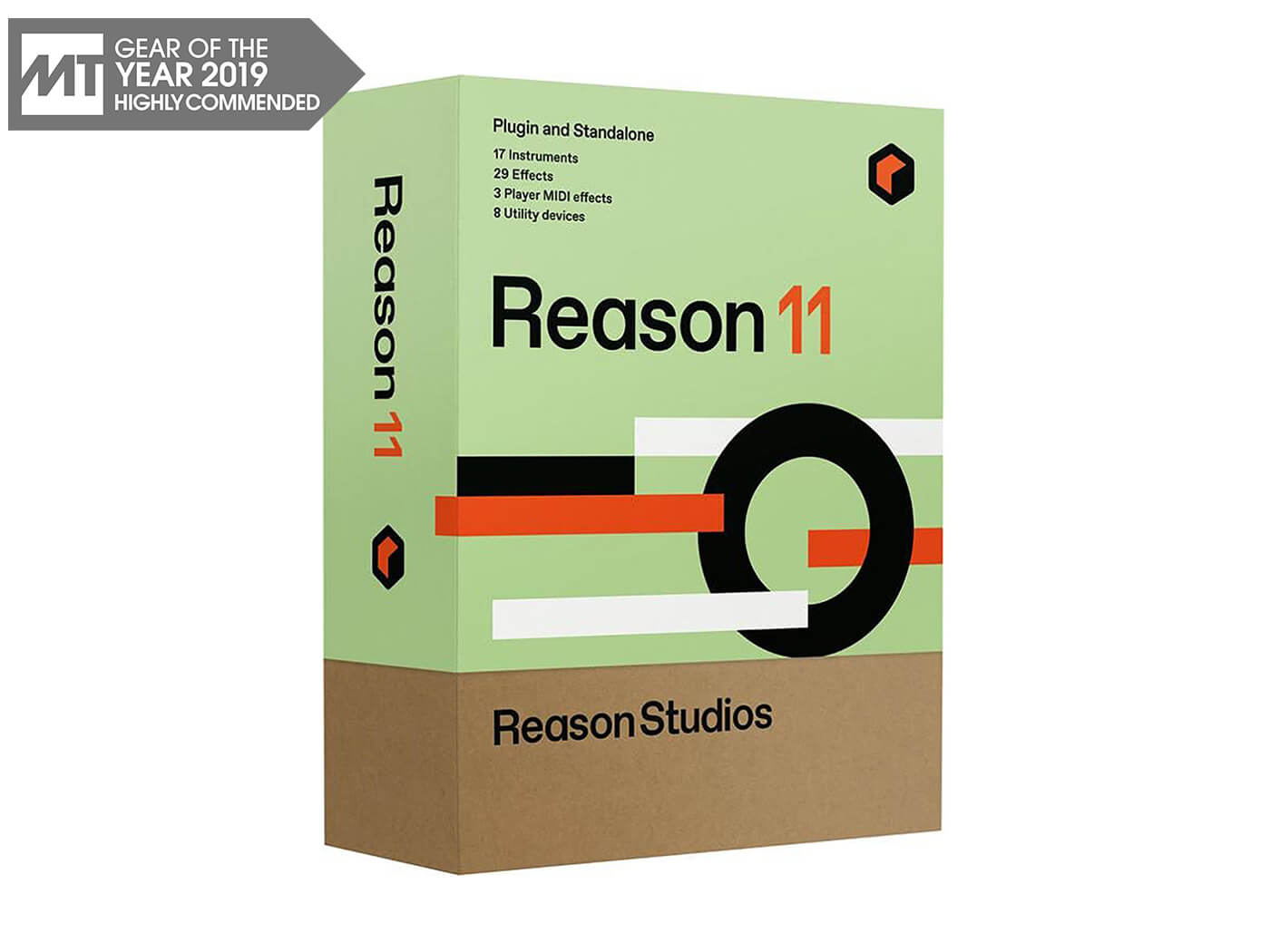 Reason seems to be coming on leaps and bounds and with every update these days there seems to be big news. Reason 11’s was the fact that you can now run it as the Reason Rack in any VST3 DAW – huge news that nearly overshadowed the fact that developer Propellerhead Software has now changed its name to Reason Studios. And having those Reason instruments and effects available so readily to other DAW users is reason (sic) enough for it to get a Highly Commended award.

“If you are a non-Reason DAW user, then things have suddenly got very interesting indeed,” said Andy Jones. “You can now partake in the Reason Rack that others have been banging on about for years and run it within your own DAW environment. You get to enjoy the instruments and effects, but play with them your way and within your DAW environment. It’s the best of both worlds. Reason 11 and the Rack Plugin are only going to help spread the joys of Reason beyond the DAW – which has to be a great move all round.” 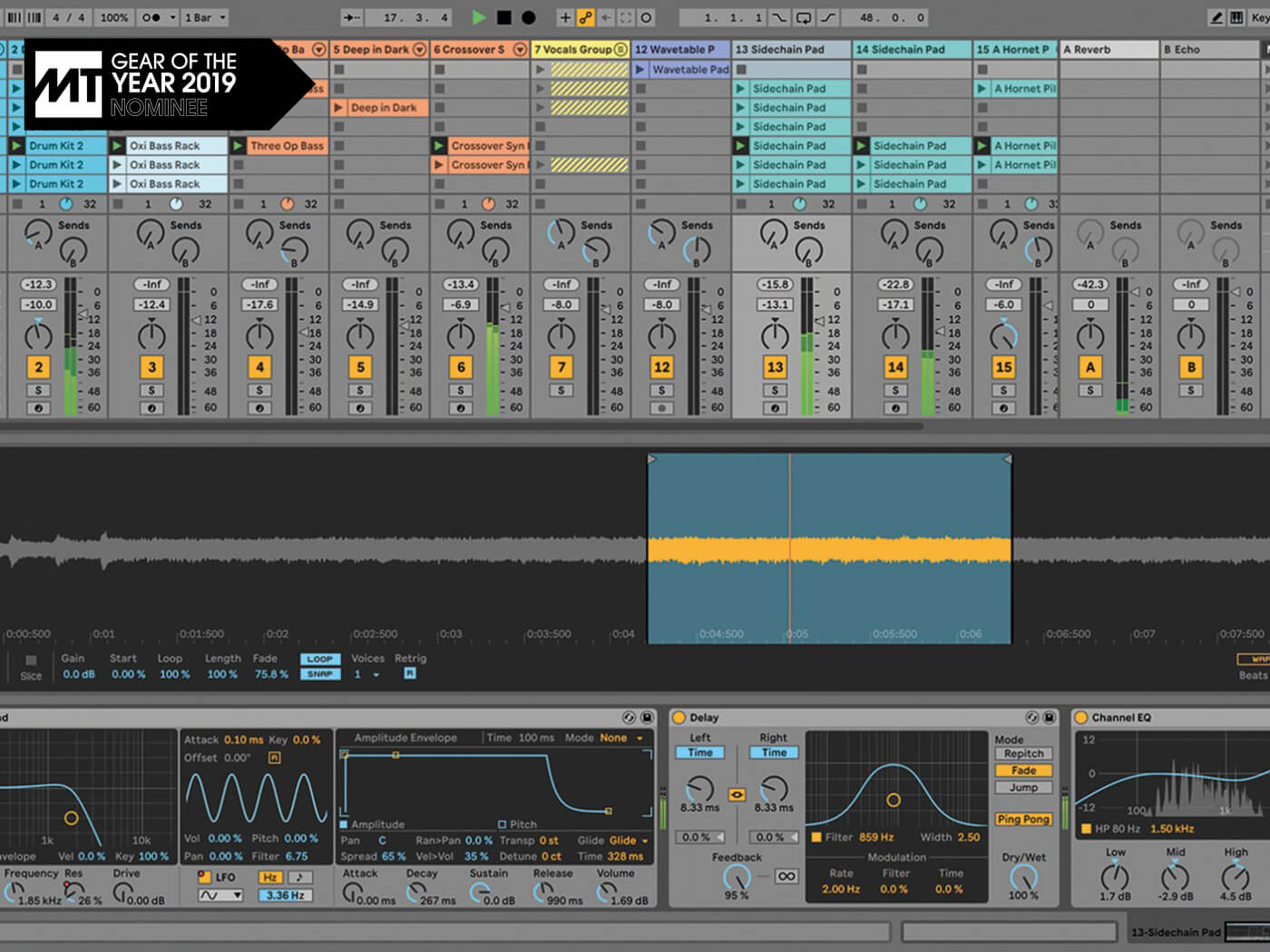 Not long after Ableton released Live 10.1, its free modular integration expansion, CV Tools became available, which was a gamechanger for many of its users. Other new features included user wavetables, allowing expansion of the factory library of the Wavetable synth sources with your own waveforms, enhanced automation: automation improvements include the ability to type specific values, reorganised effects and VST3 support. 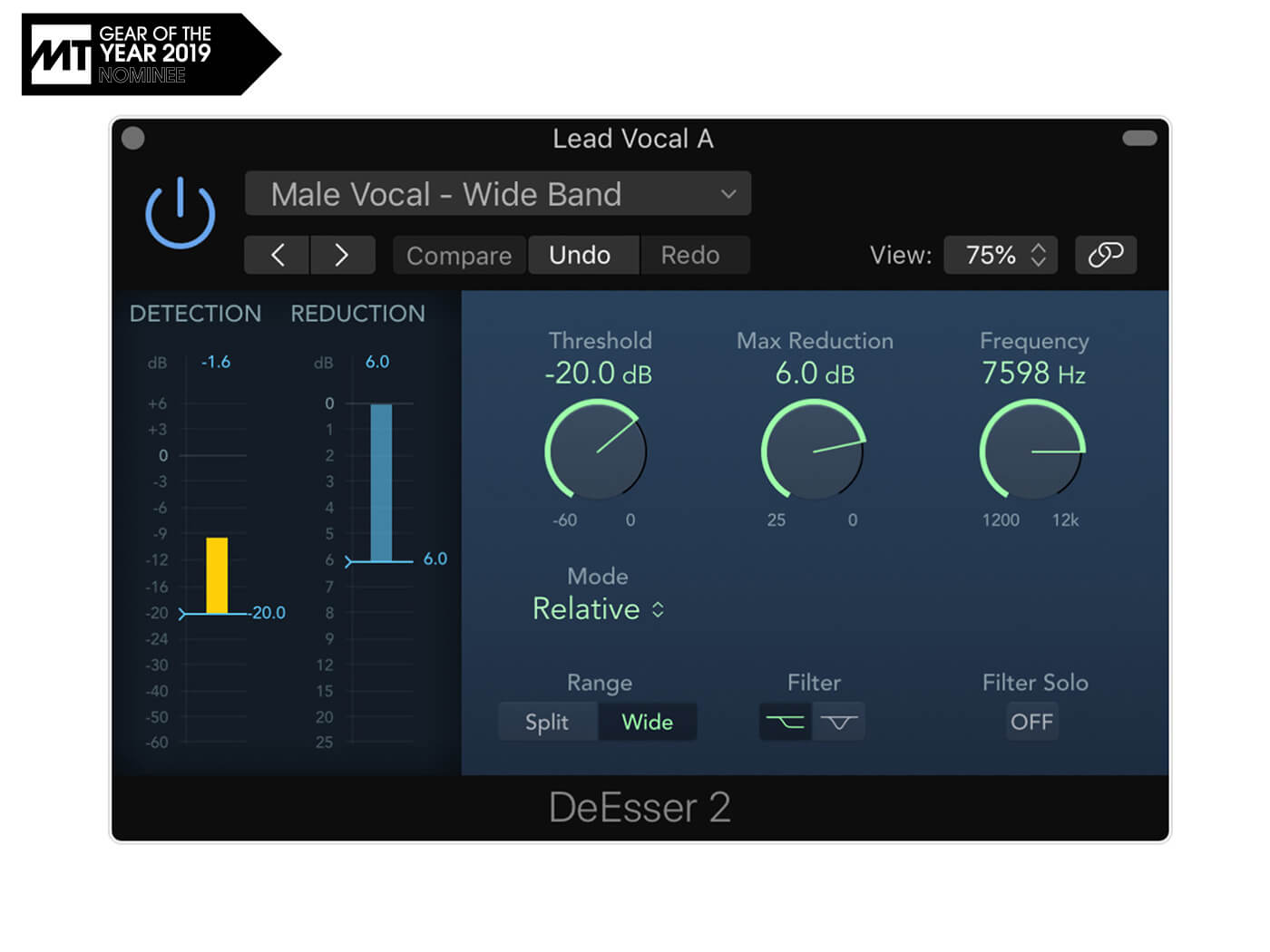 Although Logic Pro’s update to 10.4.5 wasn’t a major milestone, it did bring forth performance enhancements that brought the DAW up to speed with the power that the new Mac Pro offered. Instead of 256 stereo audio and aux tracks, 10.4.5 would now allow for 1,000 channel strips, plus 12 seconds per channel strip, up from eight. Also introduced was De-Esser 2, which was a well needed refresh to provide more options for sibilance reductions. Logic Pro has become a go-to DAW for many professionals in the music industry, and Apple will no doubt want to keep it that way in the future.

Read about the recent update here. 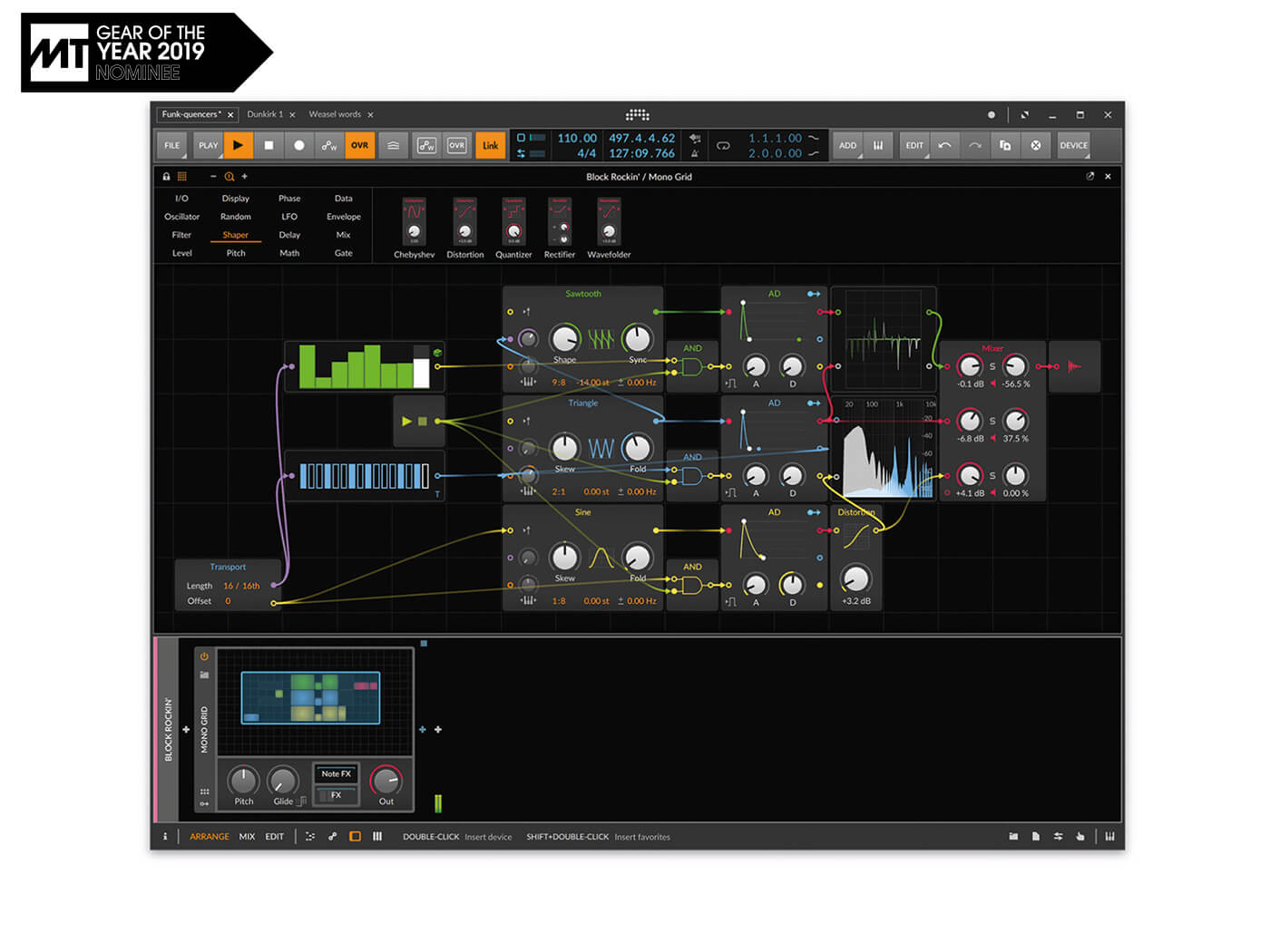 Bitwig’s increasing stature in the DAW world has enabled the now well-established company to push the envelope further into new frontiers of experimentation. The Grid brings modular synthesis onto your screen in a way that’s appealing to beginners but will stretch the imagination of even the most ardent CV fan. 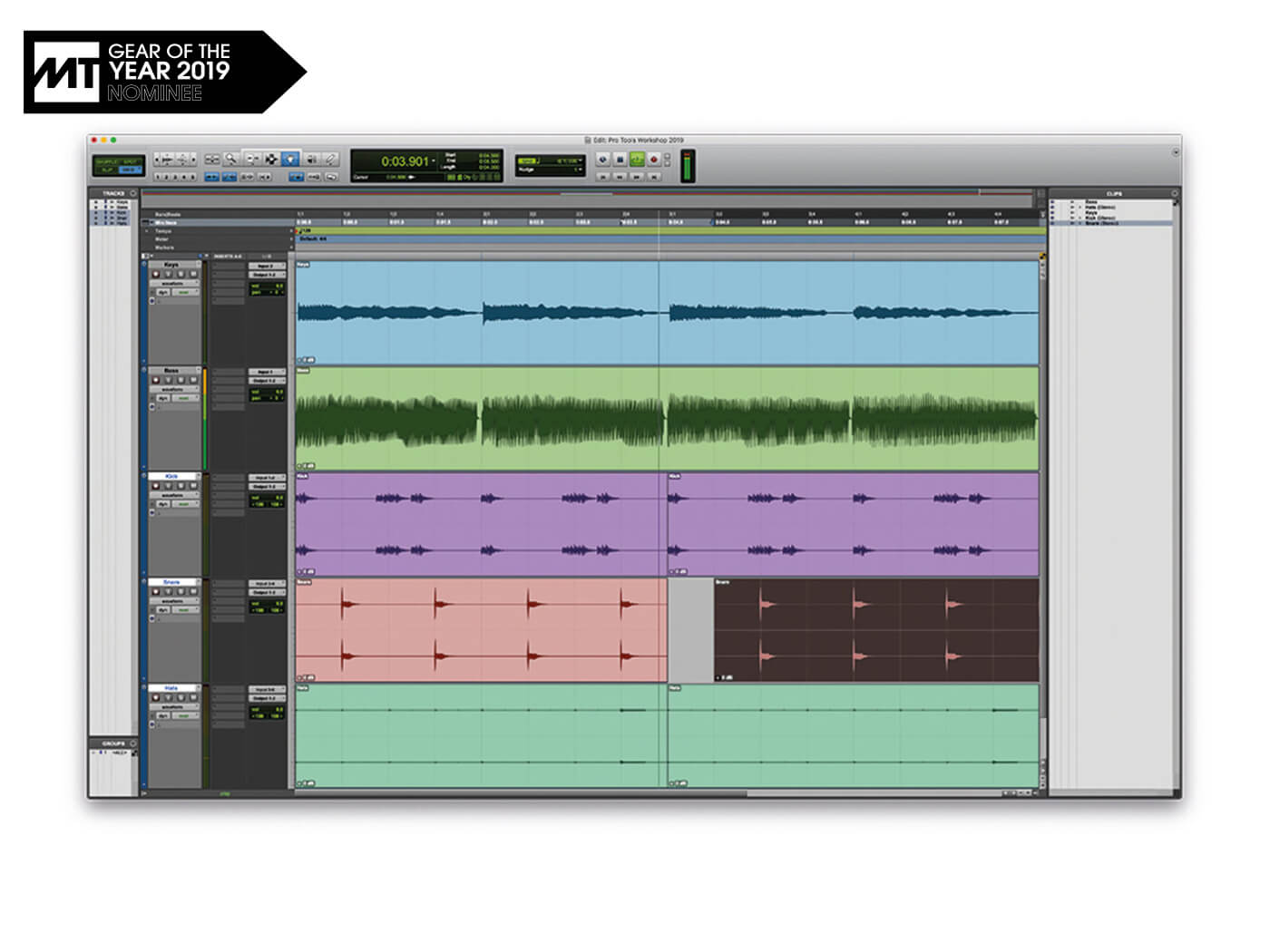 Avid’s Pro Tools is the industry-standard DAW, with incomparable audio editing utilities, not to mention its flexible video editing tools. This year, Avid gave a minor update to Pro Tools, with performance improvements, although certainly not as many improvements as last year; but it still stands as the staple DAW for many studios and engineers. Previously, Pro Tools was limited to 256 audio channels – more than enough for many users, but problematic for some film and TV dubbing editors, as well as some more adventurous musicians.

Pro Tools 2019.5 expanded this to 384 audio channels by default, with a further 768 voices available using HDX cards, or by purchasing Native Voice Packs, which expand Pro Tools by 128 voices per pack. Similarly, Avid expanded the number of available MIDI channels to 1024, vastly expanding the number of virtual instruments you can have in a single Pro Tools session.

Read more about the update here. 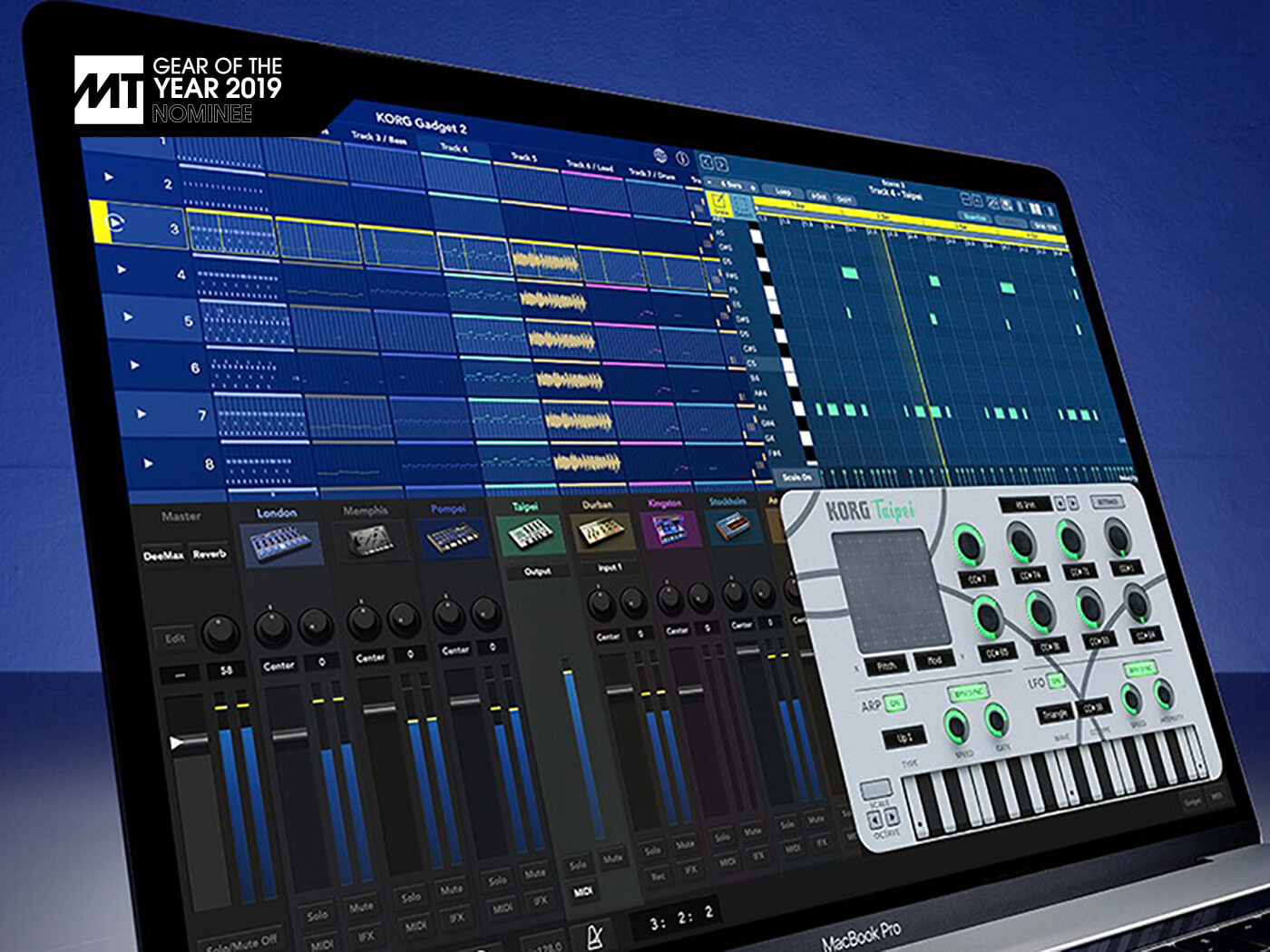 Korg has taken the most important parts of music-making, streamlined them and made them dead easy to implement, so you can create tunes fast. The three additions in Gadget 2.5 are the Otorii and Ebina, ‘future-retro sound modules’ created with SEGA and Taito, so obviously with a gaming edge. Then there’s Warszawa, a surprisingly capable and easy-to-use wavetable synth.

While Korg Gadget was previously only an iOS DAW, the company did a great job of bringing the concept to Mac, and it is not like learning a DAW from the ground up – we had a lot of fun getting hands-on with Gadget and creating sounds just like one would in the iOS version. You can swap between iOS and Mac Gadgets using the iCloud sync feature, too. Korg Gadget 2.5 was another DAW that we awarded a 10/10. 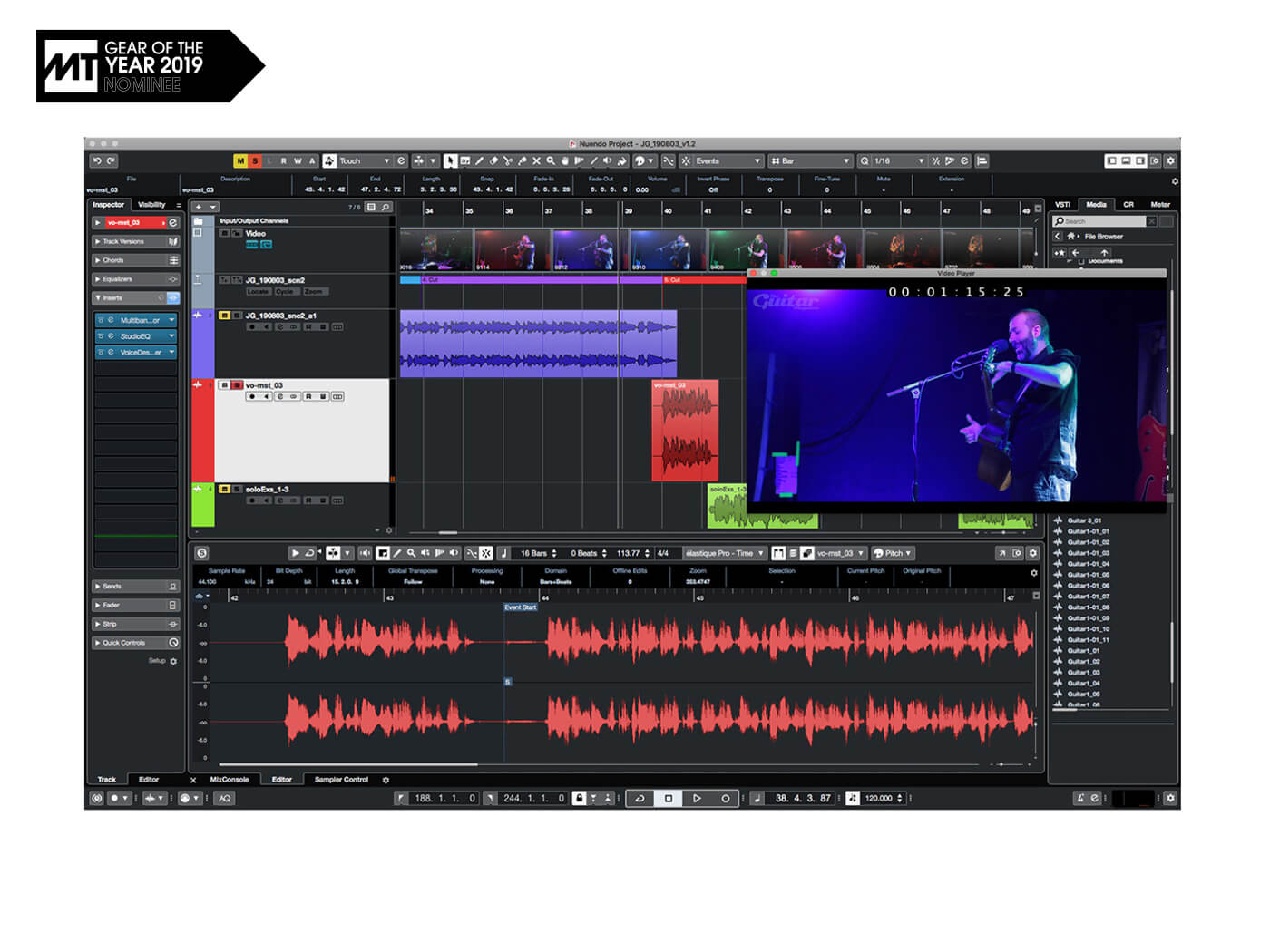 Steinberg enters the race with another entry with Nuendo 10, which we felt deserved a fitting 10/10. As aforementioned, Pro Tools is often a go-to for audio post-production engineers, but Steinberg have their own weapon, Nuendo, which shares many commonalities with Cubase, not just in the look and feel, but also in its music creation abilities, MIDI editors, sample tracks, scoring and such. Nuendo is graced with Steinberg’s latest highly regarded audio engine and supports ultra-high sample rates of up to 384kHz and high precision 32-bit, 32-bit float and 64-bit float bit depths.

In recent years Nuendo has extended its reach into the world of game development thanks to its Game Audio Connect system, introduced in Nuendo 7. Nuendo was also one of the first DAWs to feature in-built support for VR and Ambisonics audio.