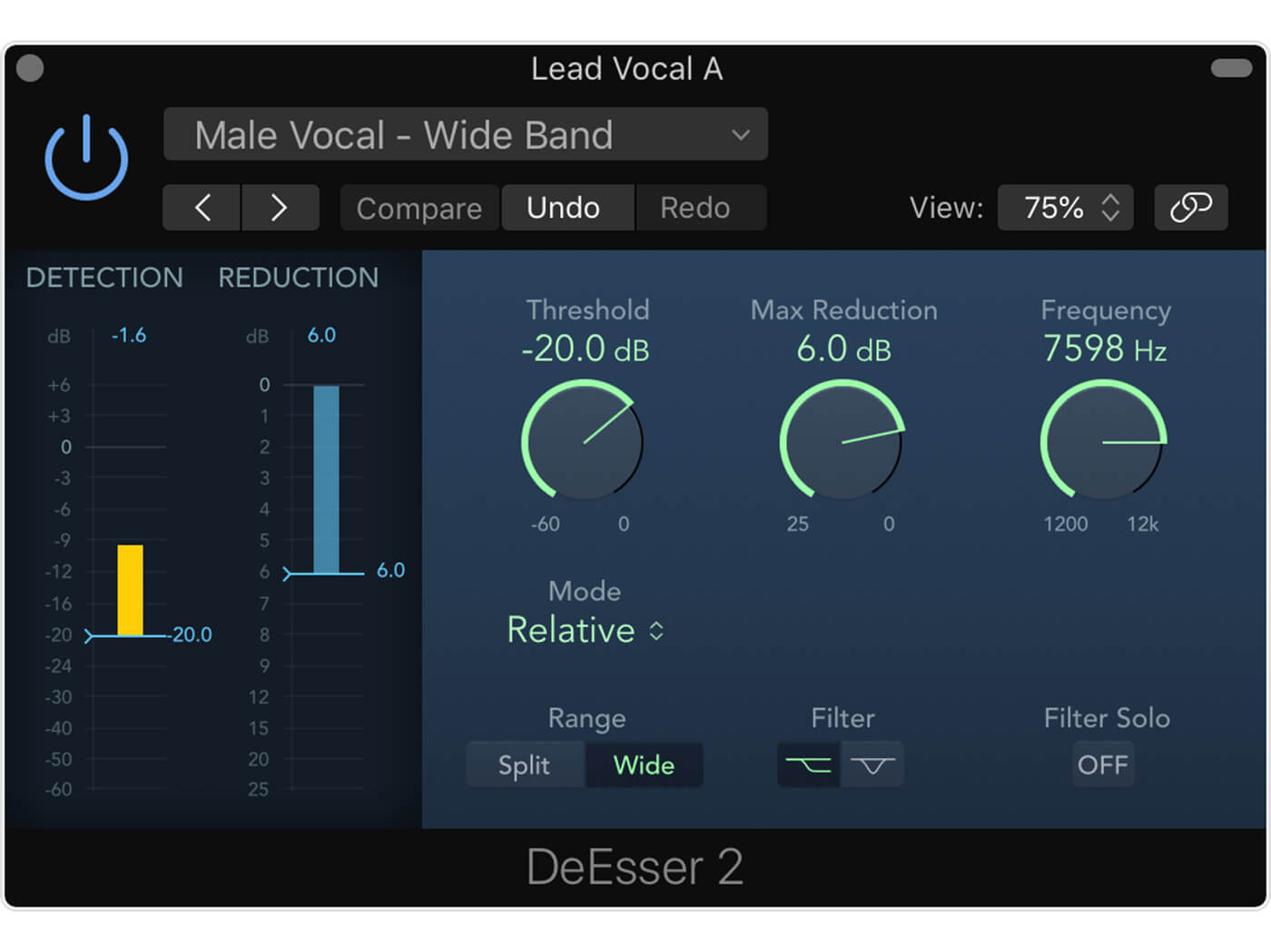 Apple has announced a v10.4.5 software update for Logic Pro X, bringing the brand’s flagship DAW up to speed with the new Mac Pro’s tremendous processing power. Standout upgrades are a new mixer – capable of hosting audio 1,000 tracks – selective plug-in-loading as well as a refreshed version of the De-Esser plug-in. Here are the details:

As demonstrated at the WWDC keynote, Logic v10.4.5 can now host a whopping number of tracks and channels. No longer limited to 256 stereo audio and aux tracks, you’ll now be able to stack the DAW with 1,000 stereo audio channel strips, software instrument channel strips, auxiliary channel strips and external MIDI tracks. You’ll also now have access to 12 sends per channel strip, up from eight.

Additionally, shift-clicking a send command will now trigger the destination to flash three times – something that will be useful when navigating both fiendishly large and regular-sized projects.

If you’re opening large, templated projects, these will now launch much more quickly thanks to dynamic plug-in loading. With this function engaged, any current project you load up will be immediately analysed by Logic to determine which are the critical tracks needed for playback. Logic will only load the plug-ins required for full playback, enabling you to jump into playback and editing more quickly.

The other plug-ins, on the other hand, are only loaded as needed when you work through your project, so they aren’t an unnecessary draw on system resources.

Logic’s De-Esser plug-in has been given a much-needed refresh, now arming you with more options for reducing sibilance on audio tracks, according to Apple. The plug-in also features two mode settings which can change its reaction to incoming audio:

Logic v10.4.5 features an updated set of MIDI Sync project settings. You’ll now be able to offset MIDI clock, MTC and MMC sent from the DAW to a maximum of 16 ports, each with unique settings such as timing offset and plug-in delay compensation.

For the full update notes, head over to apple.com.