With the latest update to Reason, we get some dramatic changes, not least to the name of the company behind it. Rack it up, in more ways than one. 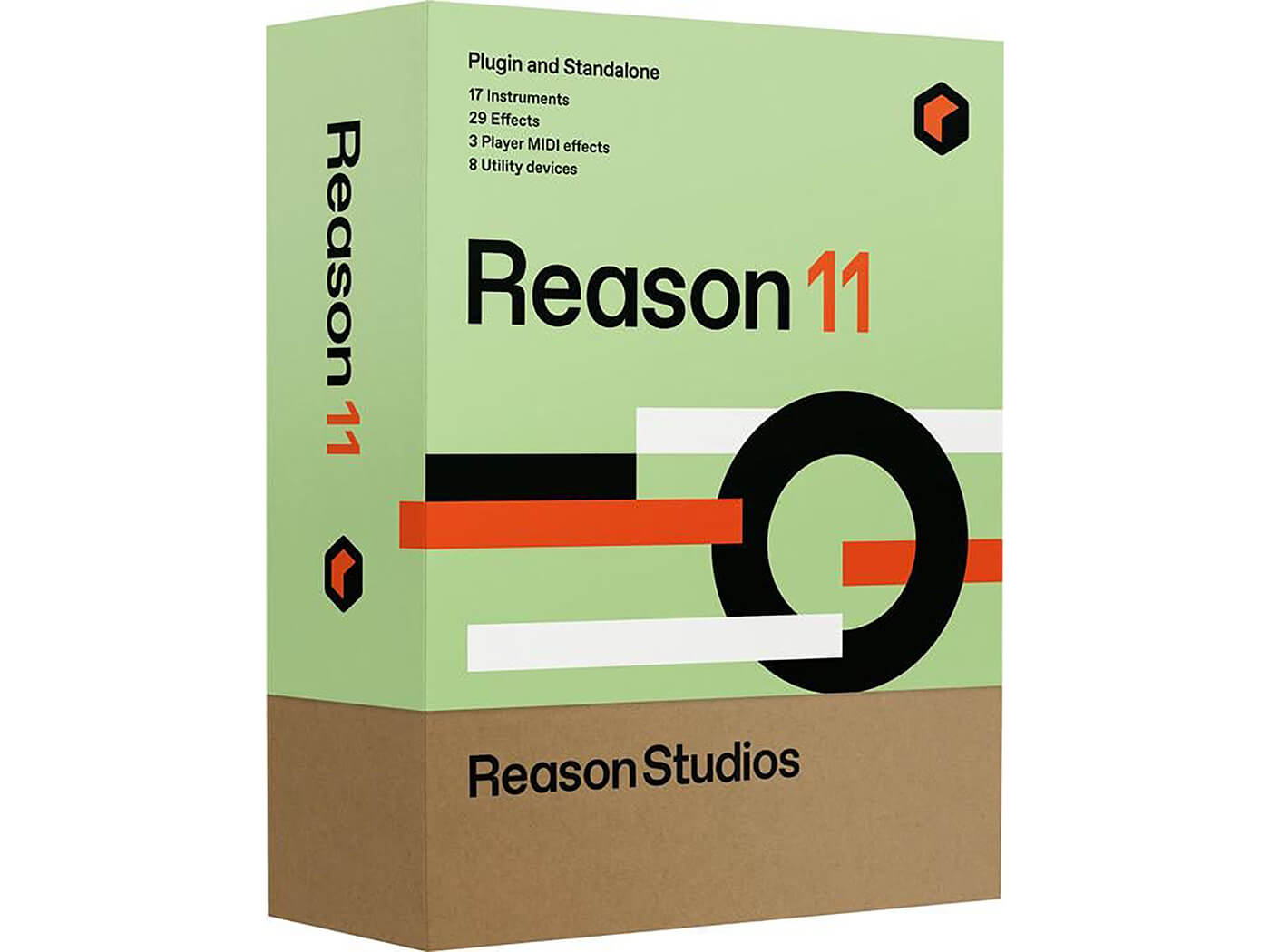 There was a time when people used to complain about the lack of substance in DAW updates – and quite rightly so. But those days of nudged updates and bluff and bluster thankfully seem to have passed, or certainly as far as Reason goes. The last few updates have been major, adding VST support and some stunning instruments along the way. However, Reason 11 could be the most dramatic.

Not only has the company behind Reason made it so that the best bits of the software sit in a rack instrument or effect within any other DAW – as the Reason Rack Plugin – but that company has changed its name. It’s goodbye Propellerhead, and hello Reason Studios.

What’s in a name?

Yes, Propellerhead Software is no more, or at least it has been renamed to the arguably more logical Reason Studios with all links that you might once have had taking you to the company’s new site for more explanations on the name change, should you need them.

The news that the Reason Rack will run within your DAW is the main headline, of course, but perhaps it’s an unsurprising move given that, especially with its recent updates, Reason has been embracing the outside world more and more (not that it was ever really just a standalone DAW; its ability to ReWire through many other applications has always been second to none). 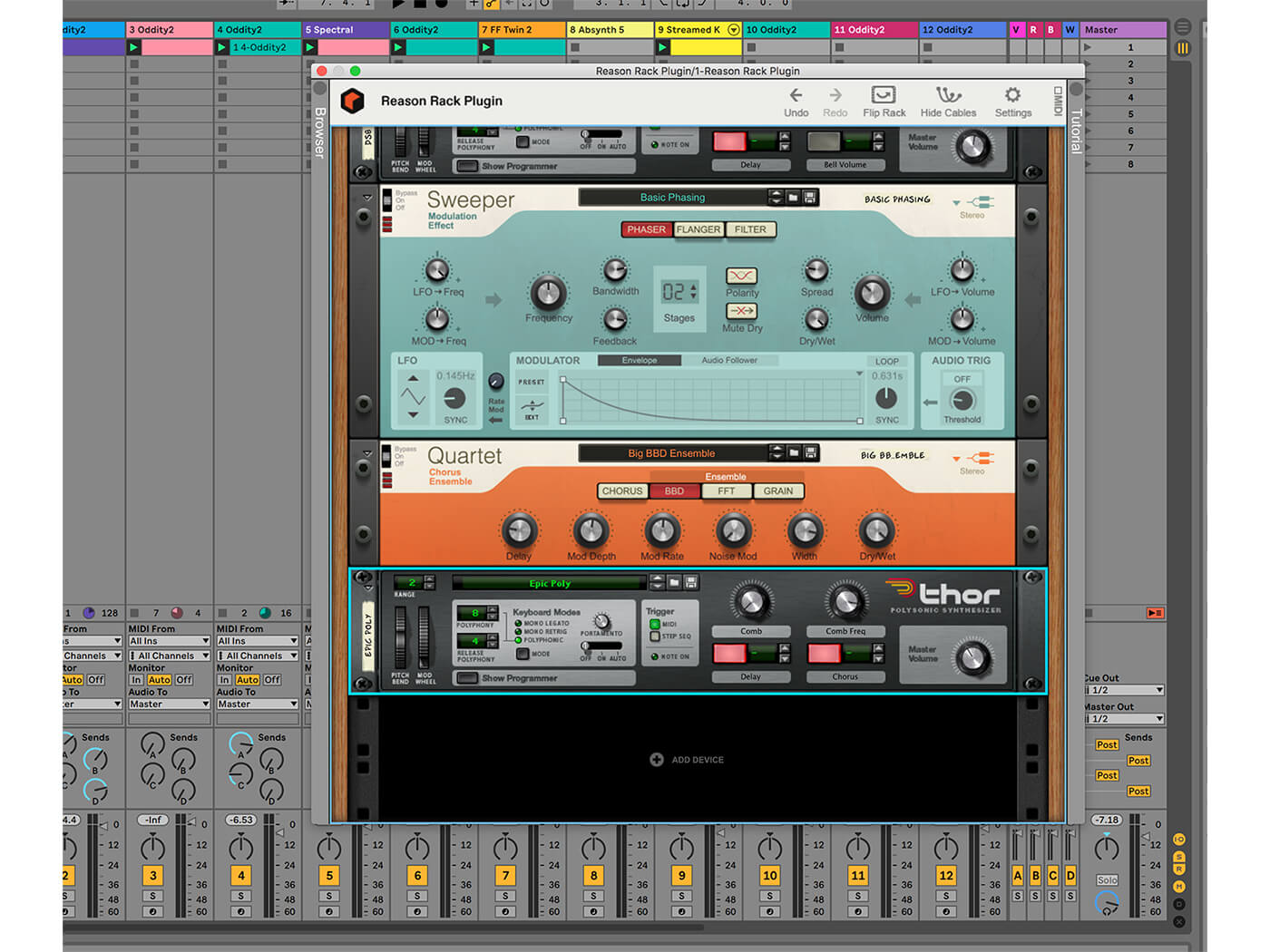 As you might expect, given that this is a major update, that is not all. There are some other big newcomers, some tweaks and workflow enhancements plus some additions that aren’t quite additions. Let’s take it to 11…

If you are already a Reason user, then upgrading to Reason 11 will cost £111 to get the Standard version – not cheap, but still pretty reasonable (no pun intended). If you are a new user, you can buy into Reason from scratch with three versions. There’s Intro (with 33 Devices for a very cheap €79/£99); and there’s the Standard version which weighs in at €349/$399 for 57 Devices.

I have the full Suite version on test here, some 73 devices including 28 instruments, 31 effects and six Players which will set you back €549/$599. Suite is the full Reason experience and comes with a 7GB download including the extra Devices and the all-new Scenic Hybrid Instrument, also sold separately for £89 – and which I will review separately this issue.

All the versions come with the Reason Rack Plugin and it’s this that I want to test first. To get things straight beforehand, the Reason Rack Plugin does not offer the full sequencing side of Reason – that will very much continue within Reason when used as a main DAW, and which will continue to be sold as a full, all-in-one music production package. As Reason Studios says: “Reason’s rack, instruments, effects and sounds are all included in Reason Rack Plugin, while sequencing and mixing is left to the host DAW.” So that clears that up… 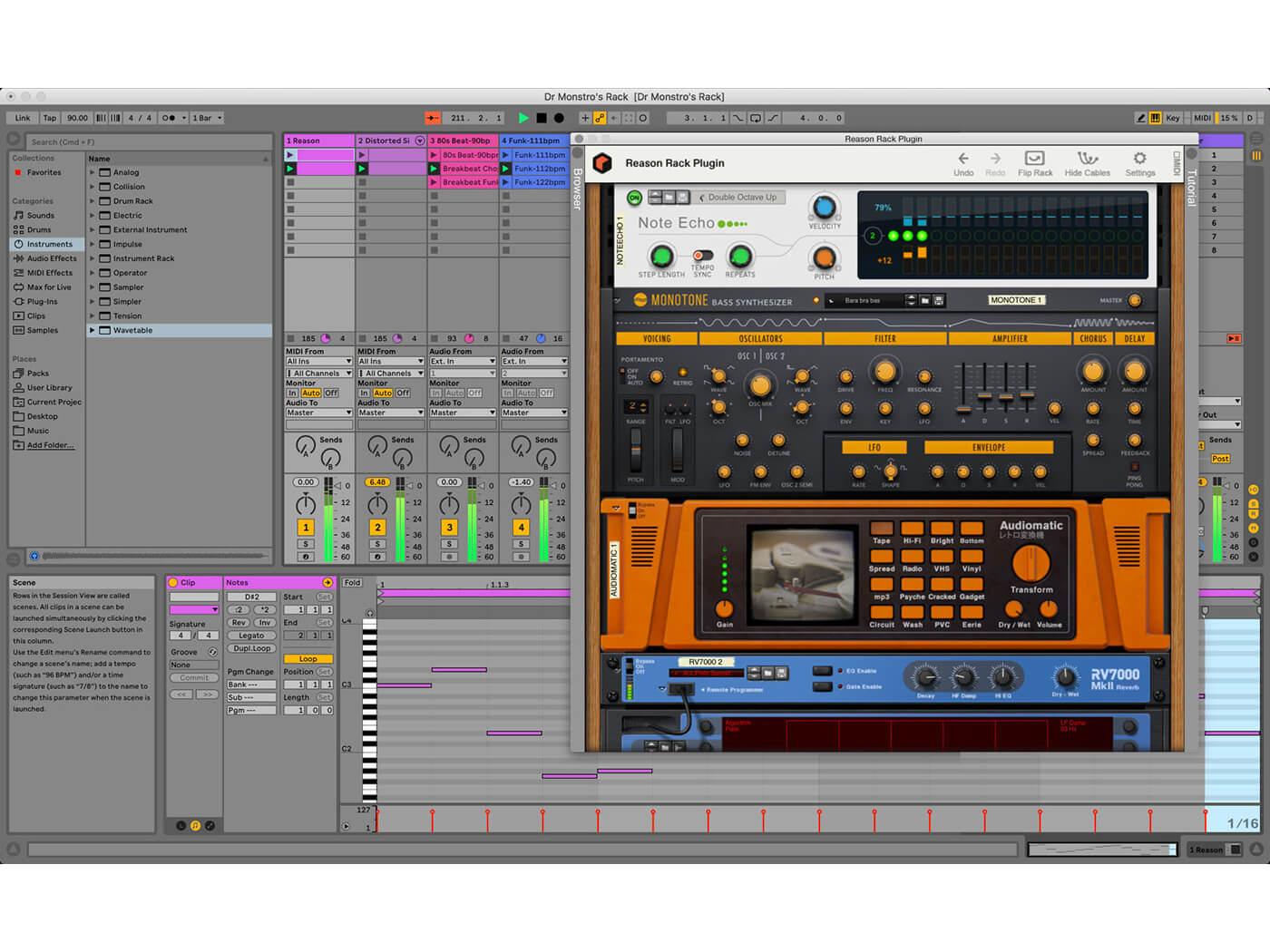 The Reason Rack simply acts like another instrument within your chosen DAW, but as my chosen DAW is Logic, I’ll have to wait until the end of the year for the AU version. Turning to Ableton Live instead, then, and because Reason Rack is only VST3 compatible, you might have to make sure that the ‘Use VST3 Folders’ is highlighted in Live’s Preferences before the plug-in can be read (and then you may need to rescan or restart Live afterwards). The Reason Rack Plugin should then be in the Live VST3 instruments folder, so just load it or drag it in as you would a normal instrument.

I say ‘normal’, but unless you’ve bought the likes of Reason’s Europa as a separate plug-in (which you could, but not now), then using Reason devices in your DAW will be anything but normal; it should be damn well amazing! And it is, although if you’re a regular Reason user, then running Thor and the rest won’t be a new experience, but it is still quite something to see them sitting in another environment. I could also say it’s a novelty seeing them sit side by side with other VST instruments, but of course Reason has been able to load VSTs for a while, so much of this coming together has already taken place in Reason, albeit in other ways.

The Reason Rack Plugin will run Reason’s own instruments and effects plus third party Rack Extensions, but no VSTs (which might be kind of weird anyway: running instruments from one DAW within a plug-in within the same DAW!). This might also mean some of your newer Reason Combinator patches won’t work in this environment, but it’s no big deal, really.

Whatever, it is great to be able to use ‘the Rack’ in whatever DAW you use, and there is a lot of other functionality that goes with it. Not only can you route those Reason sounds and effects with 16 outputs, but you can use Reason Utilities like the Line Mixers, LFO and Pattern Sequencer for more internal noodling, so there really is an awful lot that you can do. It’s like a very flexible instrument within an instrument, with the best bits of Reason… and in your DAW! 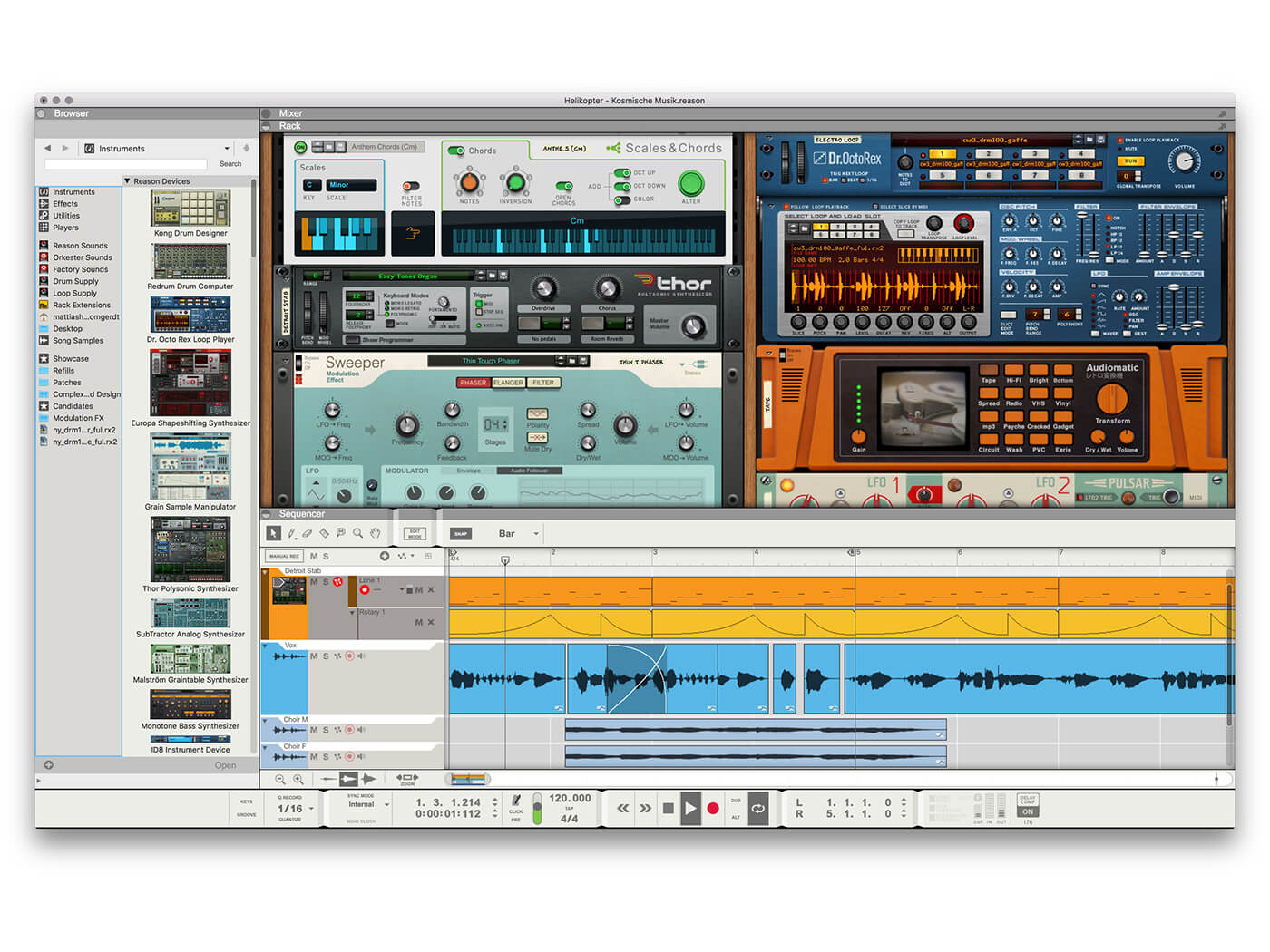 That’s the headline, but there’s also a suite of Rack effects in Reason 11 that are not all new, as some have been in the software albeit as part of the Reason mixer; they have now just been pulled out of it so you get to use them with more flexibility as Rack modules. These include the Master Bus Compressor and Channel Dynamics expander, but new effects include the Sweeper – a fabulous modulation effect with big filter and LFO features; and Quartet, a chorus unit capable of very dramatic granular effects.

Finally for v11, there are some improved workflow updates including curved automation for smoother transitions, better audio file crossovers and more, all which I’ll cover in a Reason 11 workshop at MusicTech.net.

The fact that some of the best bits (some would say the best bits) of Reason are now available to most DAW users is great news all round and a significant move for Reason Studios. You are still paying the full price for whatever version of Reason you are buying to use the Rack, so some might argue that a cheaper standalone plug-in could be a good idea. But this route does mean you can still use Reason standalone as a DAW on top of you using the Rack Plugin, so you get that extra flexibility. And you could also argue that paying €549/$599 for the entire suite of Reason Devices is nothing compared to some of the bundle prices from the likes of Native Instruments et al.

I can foresee some extra routing improvements with future versions and, who knows, maybe VST support so you can run VST instruments within Logic via the Rack. As it stands, though, Reason 11 and the Rack Plugin are only going to help spread the joys of Reason beyond the DAW – which has to be a great move all round.

There are two ways of looking at Reason 11: as an update if you’re a Reason user, or as a punt, either as a change of DAW or (more likely) to use as a plug-in. If you are a Reason user, then you’ll not need me to say that this is a great upgrade – the chances are you’ve already done it! Those upgrade prices from previous version (prior to 10) aren’t the cheapest, it has to be said, but all in all, Reason 11 is a must for all users.

If you are a non-Reason DAW user, then things have suddenly got very interesting indeed. You can now partake in the Reason Rack that others have been banging on about for years and run it within your own DAW environment. You get to enjoy the instruments and effects, but play with them your way and within your DAW environment. It’s the best of both worlds and R11 appeals to both camps. 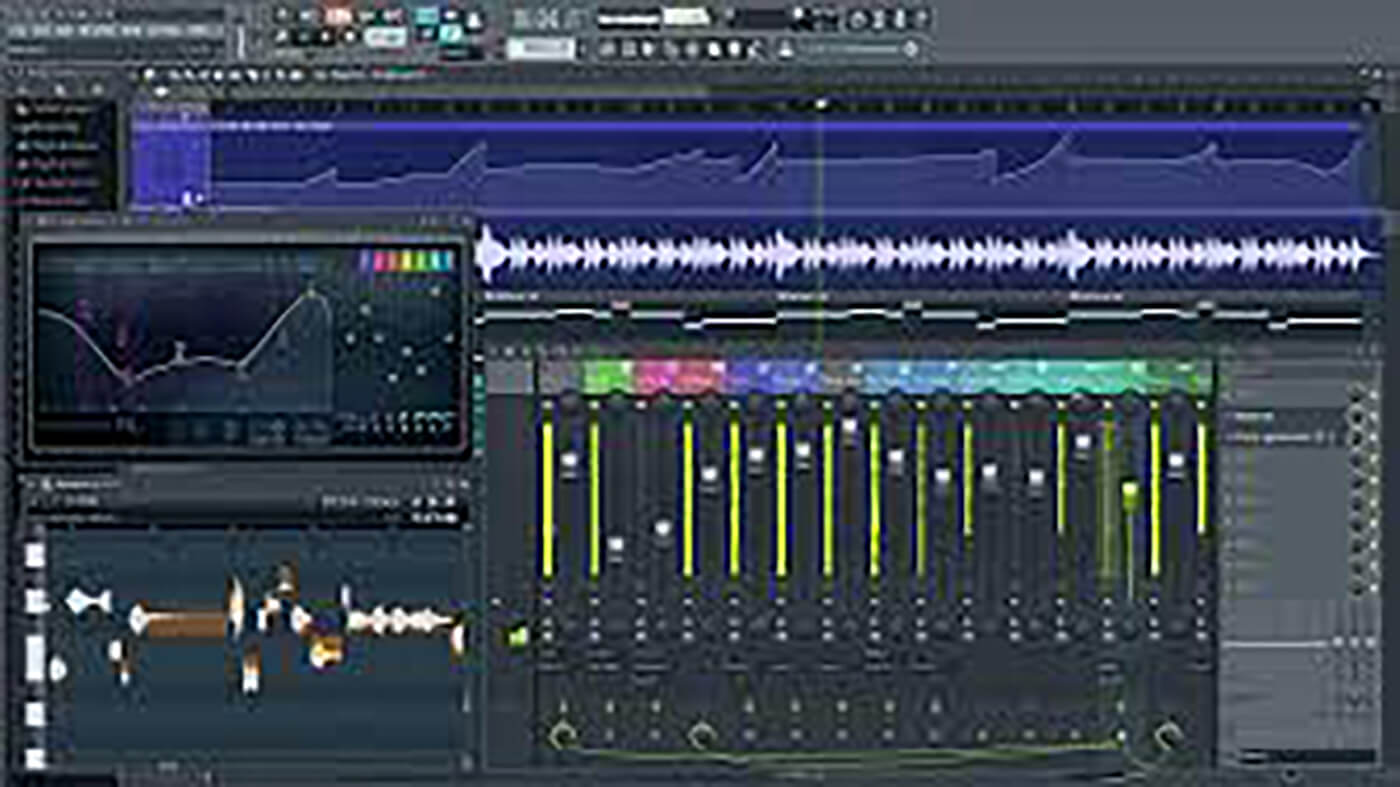 You could take your pick with other DAWs to compare with Reason, although none have quite the same functionality, so we’re simply going for easy workflow and FL Studio has always been up there in this regard. 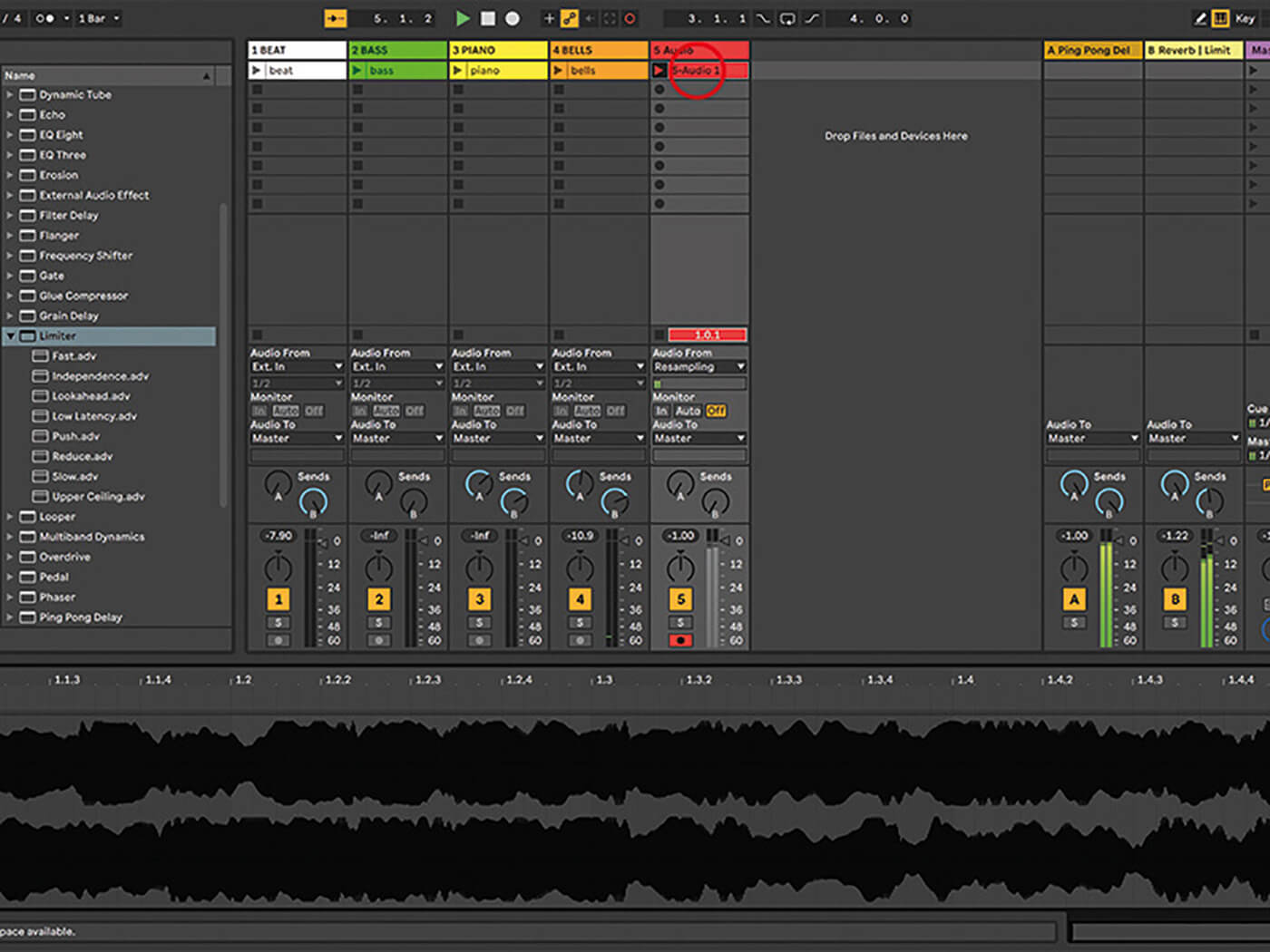 And if we’re going on workflow, then DAWs don’t get much better than Ableton’s, still one of the best cross-platform ways of realising musical ideas. Both it and Reason make going from ideas to reality easy.