Though Nuendo’s traditionally been perceived as a post-production tool, it still has a range of applications in the music-production world, specifically for those who are arranging and writing to picture. 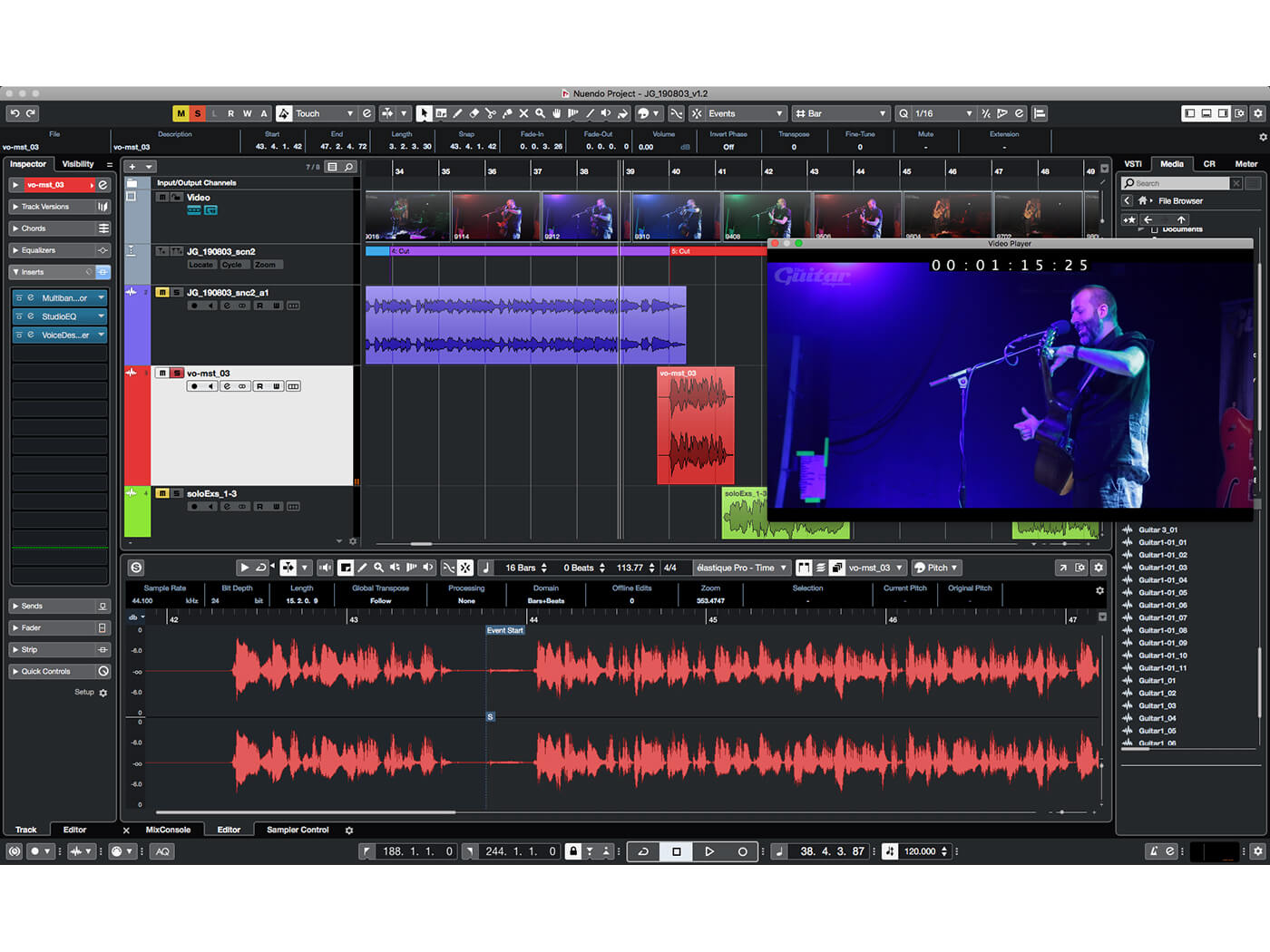 In the years leading up to the Millennium, DSP-accelerated Pro Tools systems dominated the DAW market for high-end music studios and TV/film post-production studios. There were good reasons for this: rock-solid stability, high I/O channel counts, very low-latency monitoring with effects on monitored signals and a wide range of peripherals that supported professional music, broadcast and film production workflows. In 2000, though, a challenger to Pro Tools’ dominance arrived in the form of Nuendo, a new DAW and range of accompanying pro-grade hardware from audio software behemoth, Steinberg.

At the time, Steinberg’s flagship product, Cubase, had become somewhat bloated and cumbersome as a result of all the extra features that had been added to it in response to the rapid advances in computer-based recording technology: it needed a major overhaul. So Steinberg developed an entirely new product, with a high-precision audio engine and an interface that drew on all of the company’s accumulated DAW-design wisdom. As well as becoming the first version of Nuendo, this new codebase was also the basis for that much-needed Cubase overhaul, which hit the shelves as Cubase SX. Development of the two product lines has tended to go hand-in-hand ever since.

Nuendo 10 has had a visual overhaul since its previous version, with higher-resolution graphics to support larger displays, redesigned icons that are easier to read and identify, improved contrast and definition on text and other interface elements and visual improvements to the Channel Strip effects and some bundled plug-ins. As before, the main project window is uncluttered, and maximises the main timeline-and-tracks workspace while keeping the essential control panels within easy reach. 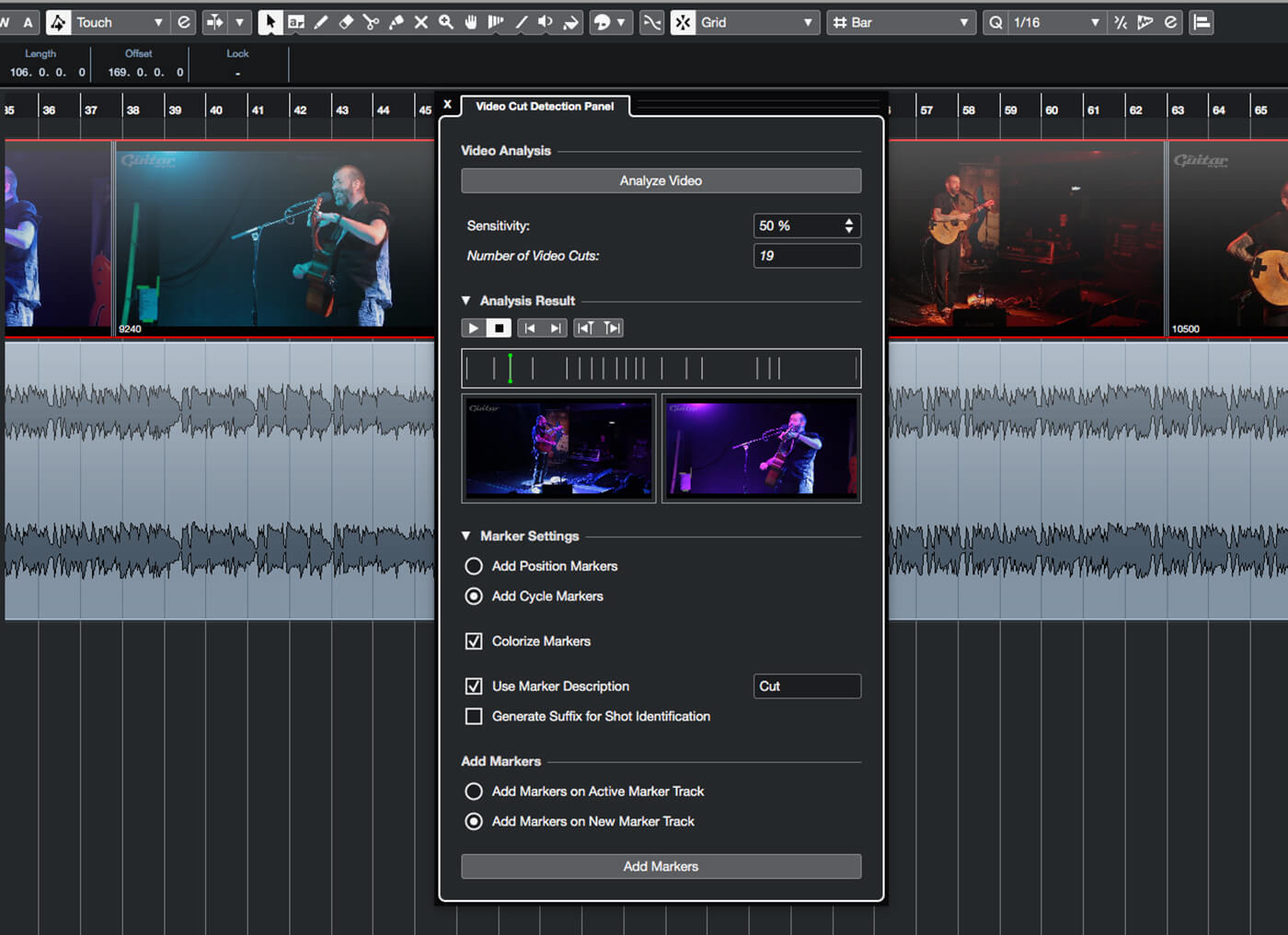 As well as sharing a common look and feel with Cubase, Nuendo 10 also now includes all of Cubase’s music-creation functionality – MIDI editors, sample tracks, scoring and such – and this side of things has received all the updates seen in the recent Cubase 10 release. One of the most significant of these is the new VariAudio 3 interactive time-and-pitch editing tool, which now has a more comprehensive editing interface that improves workflow, and formant shifting to help to make the results sound more (or less) natural. There’s also ARA (Audio Random Access) plug-in support, an improved side-chaining system, and much more – check out my review of Cubase 10 for a full rundown of these changes, because they’re all here in Nuendo, too.

Nuendo is graced with Steinberg’s latest highly regarded audio engine and supports ultra-high sample rates of up to 384kHz and high precision 32-bit, 32-bit float and 64-bit float bit depths. As well as allowing for projects that demand the most exacting levels of overall audio fidelity, this also ensures compatibility with high-end film and broadcast production equipment and workflows.

A new Field Recorder Audio Import functionality has been added to massively streamline the task of importing and managing the multitude of audio takes and recordings generated during production. Using the metadata contained in those files – scene and take name, duration, etc, – the tool also assists with finding and aligning takes that match audio events selected in the timeline. Better still, in situations where the files don’t have any metadata, Nuendo allows you to auto-generate metadata based on filename using rules that you define and includes tools for managing the metadata of multiple files simultaneously. These features can save hours of tedious sorting and naming prep work.

Another massive time-saver is Video Cut Detection. This analyses the video file you’re working with, locating cuts between scenes and then creating position or cycle markers in the timeline to match. These help when ‘editing to the cuts’, especially where there’s no EDL (Edit Decision List) to work from. Nuendo’s dialogue replacement workflow has also been streamlined via the Audio Alignment tool. This uses Steinberg’s Time Warp technology to automatically align the dialog in multiple audio takes to match that of a reference take. The tool doesn’t always get the adjustments quite right so you may still have to do a bit of manual fine-tuning, but it makes ADR sessions much quicker and far less arduous. 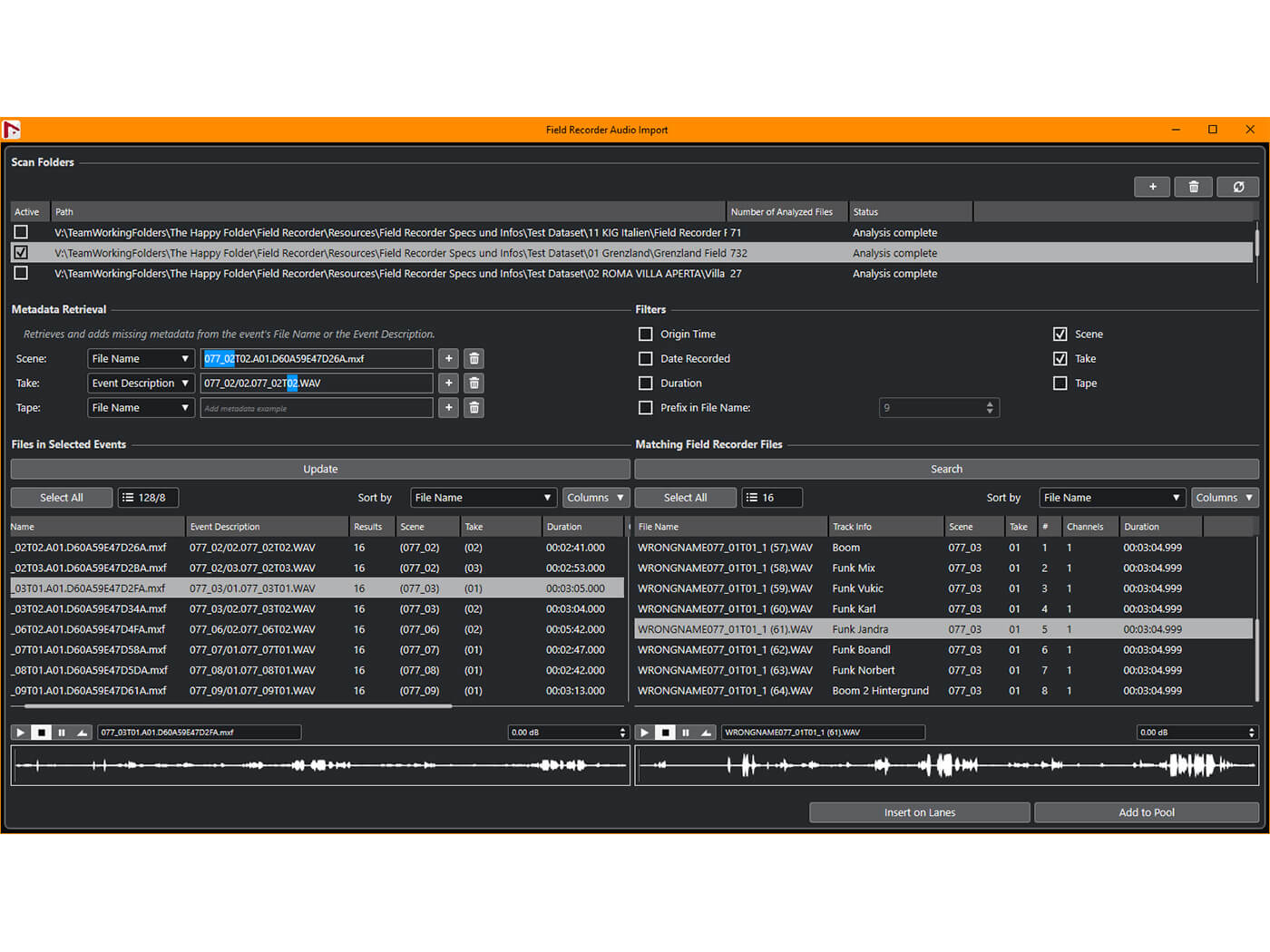 There are various other advances aimed at the film and broadcast world, such as import of ADM (Audio Definition Model) files from Dolby RMU and Atmos systems for further mixing and editing, splitting multichannel audio into individual mono streams, loudness-based normalisation, and extensive metadata import and export functions, including a cue sheet export tool.

Are you playing games with me?

In recent years Nuendo has extended its reach into the world of game development thanks to its Game Audio Connect system, introduced in Nuendo 7. This allowed Nuendo to interconnect directly with Wwise game-audio middleware, used widely in game development environments. Nuendo was also one of the first DAWs to feature in-built support for VR and Ambisonics audio.

Both areas have seen improvements in Nuendo 10, most notably with the addition of support for dearVR Spatial Connect. This provides access to a number of Nuendo’s editing and mixing features from within your production’s 3D VR environment. The ability to work within a 3D scene in a completely interactive manner, assigning sounds to objects in the scene and mixing and editing those sounds, without ever needing to change from VR environment to Nuendo screen, is a godsend. 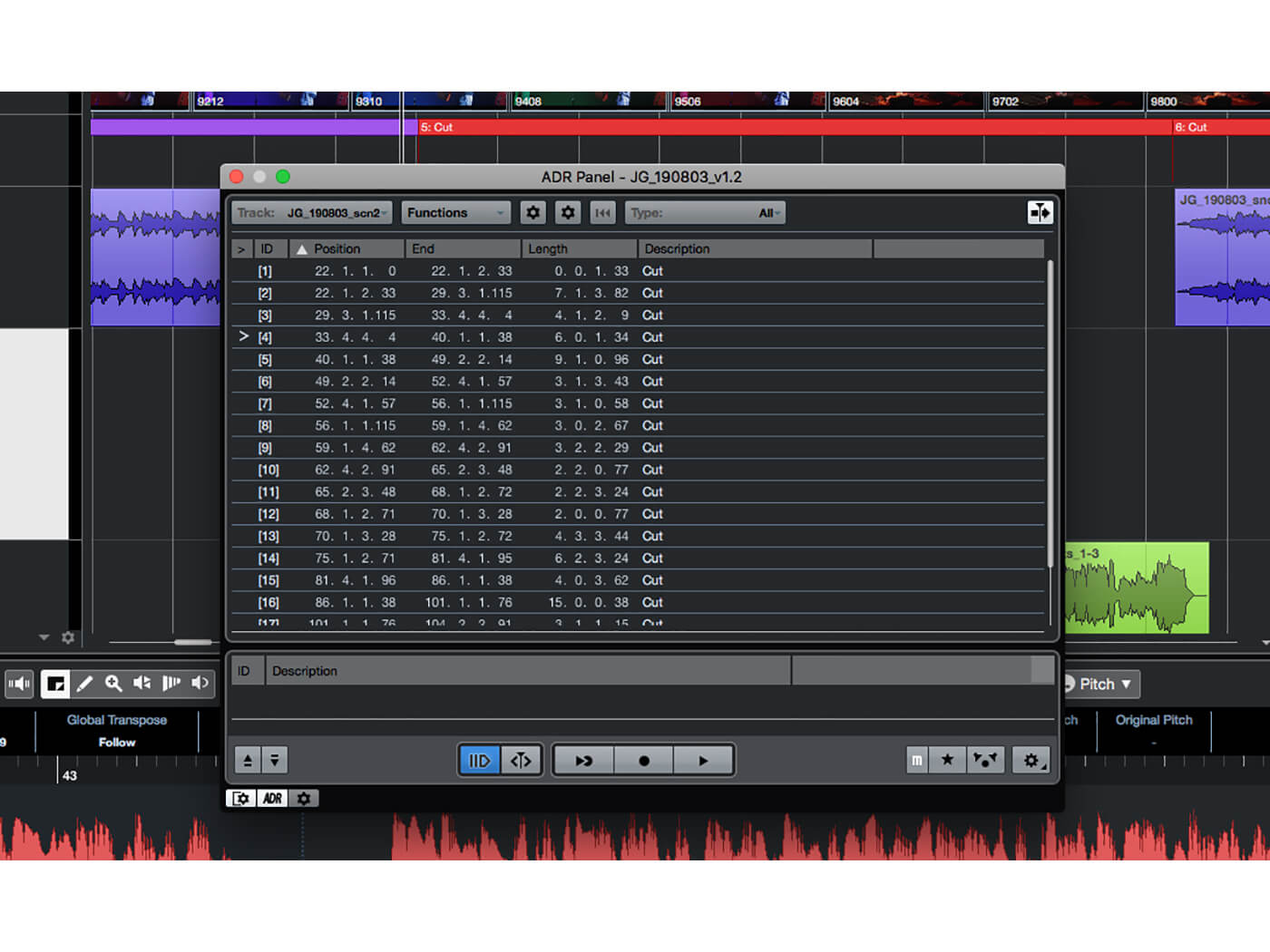 Nuendo’s Ambisonics support has also been honed, with improvements to the AmbiDecoder plug-in used for monitoring Ambisonics audio via stereo speakers or headphones.

Along with the plug-in updates and improvements it shares with Cubase 10, Nuendo 10 has also gained a couple of new plug-ins in the form of Doppler, which creates realistic Doppler-shift effects for simulating moving or passing objects, and VoiceDesigner. This combines various distortions, pitch-shifters and other sonic wranglers into a single plug-in that can turn even the most delicate voice into the sort of noise a gore-drenched denizen of hell might make as it chases you down for a spot of lunch.

Professional audio production, film and broadcast post and game development are high-pressure businesses that demand rapid turnarounds without compromising the quality of results. Through constant development and responsiveness to users needs, Steinberg has continually honed and upgraded Nuendo so that it can live up to these meticulous demands, and the results are very impressive. It’s hard to conceive of any audio workflow for which Nuendo isn’t perfectly suited.

Since Nuendo’s inception, Steinberg has been careful to maintain a separation of focus between their two DAWs: music creation for Cubase, audio production and post for Nuendo. But with recent releases, Nuendo has taken on more and more of Cubase’s functionality, while extending this with its own more advanced and sophisticated toolset for post, game audio and VR. As a result Cubase is in many ways becoming just a subset of its bigger, more capable stablemate and Nuendo is able to add music creation to its ever-growing list of specialisms. 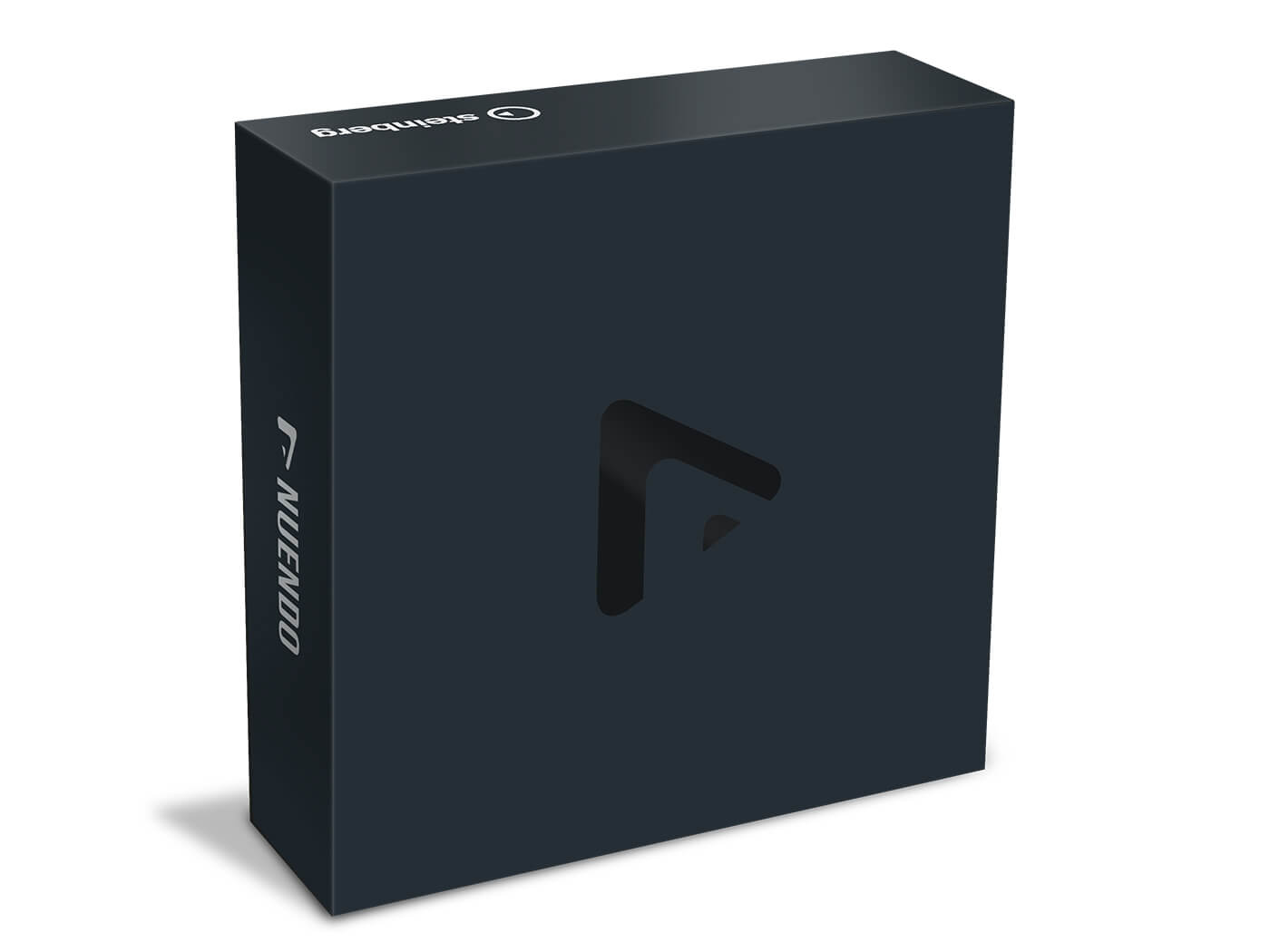 Nuendo’s pricing does put it at the high end of the DAW market, but it has the capabilities, flexibility, solidity and slick well-thought-out workflows to fully justify the price. It also has attractive upgrade and crossgrade pricing and a crossgrade promotion is being offered through the autumn. 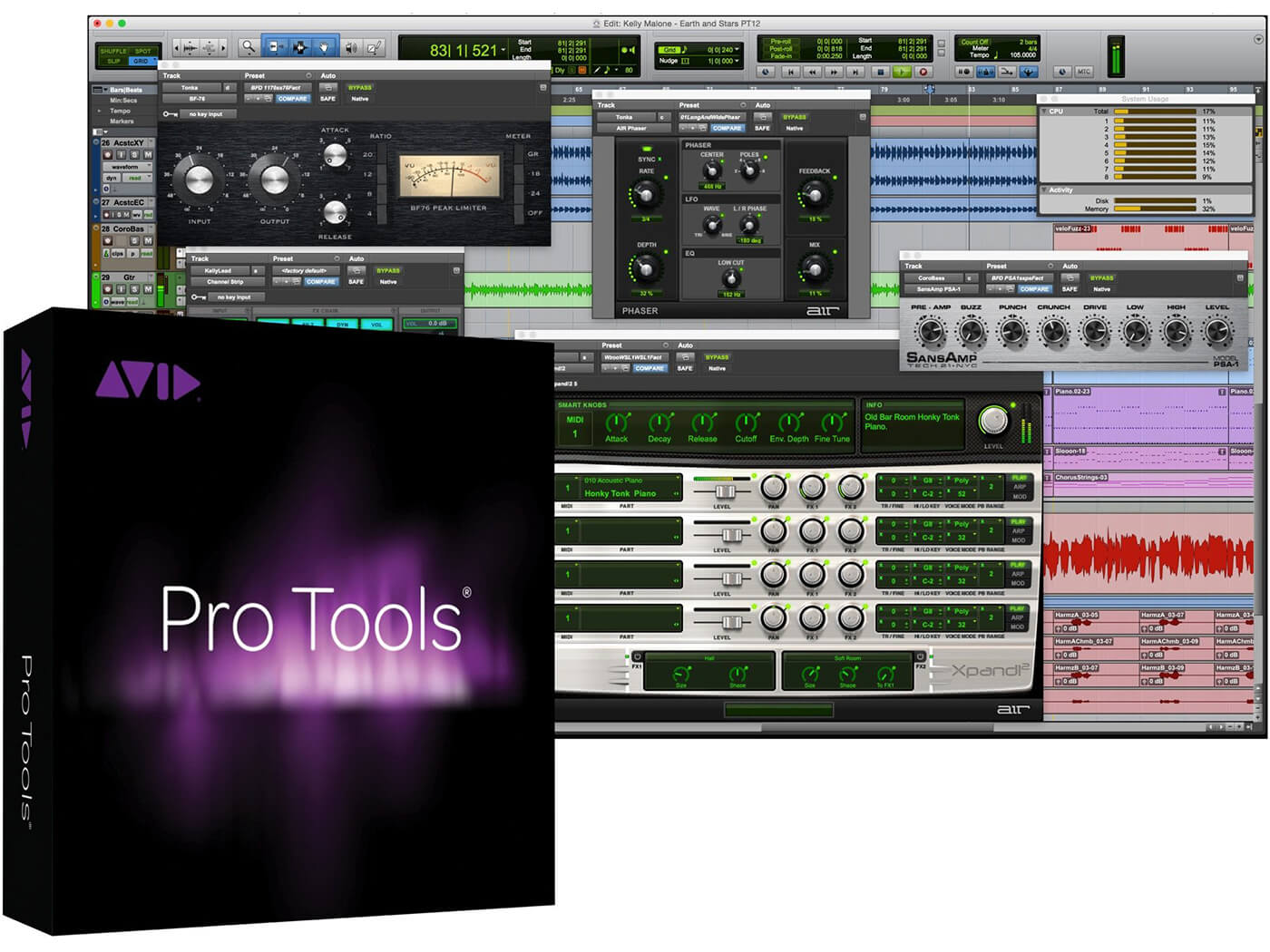 Pro Tools remains a popular choice for audio post facilities, and the fact its owner, Avid, has its roots in professional film and video editing means it integrates well in an all-Avid setup. A fully featured Pro Tools system with accompanying Pro Tools hardware remains a very expensive option, however. 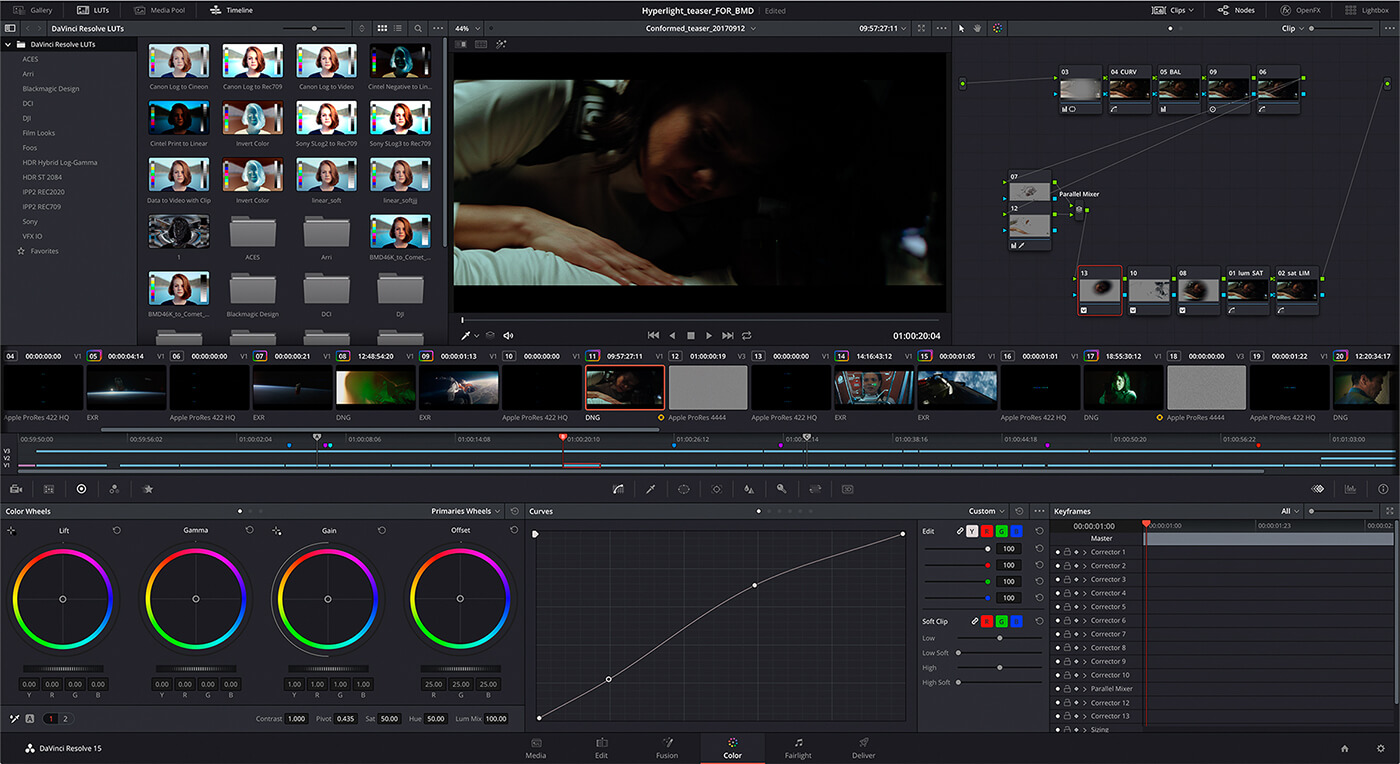 Blackmagic Design specialise in software and hardware for broadcast and film production. While their DaVinci Resolve software is a video-editing platform at heart, it also has extensive audio post capabilities. Resolve itself is part of a suite of related Blackmagic products and integrates tightly with that suite.