BT’s new collaboration with Spitfire takes a high-concept approach to sampling – but have they painted themselves into a corner? 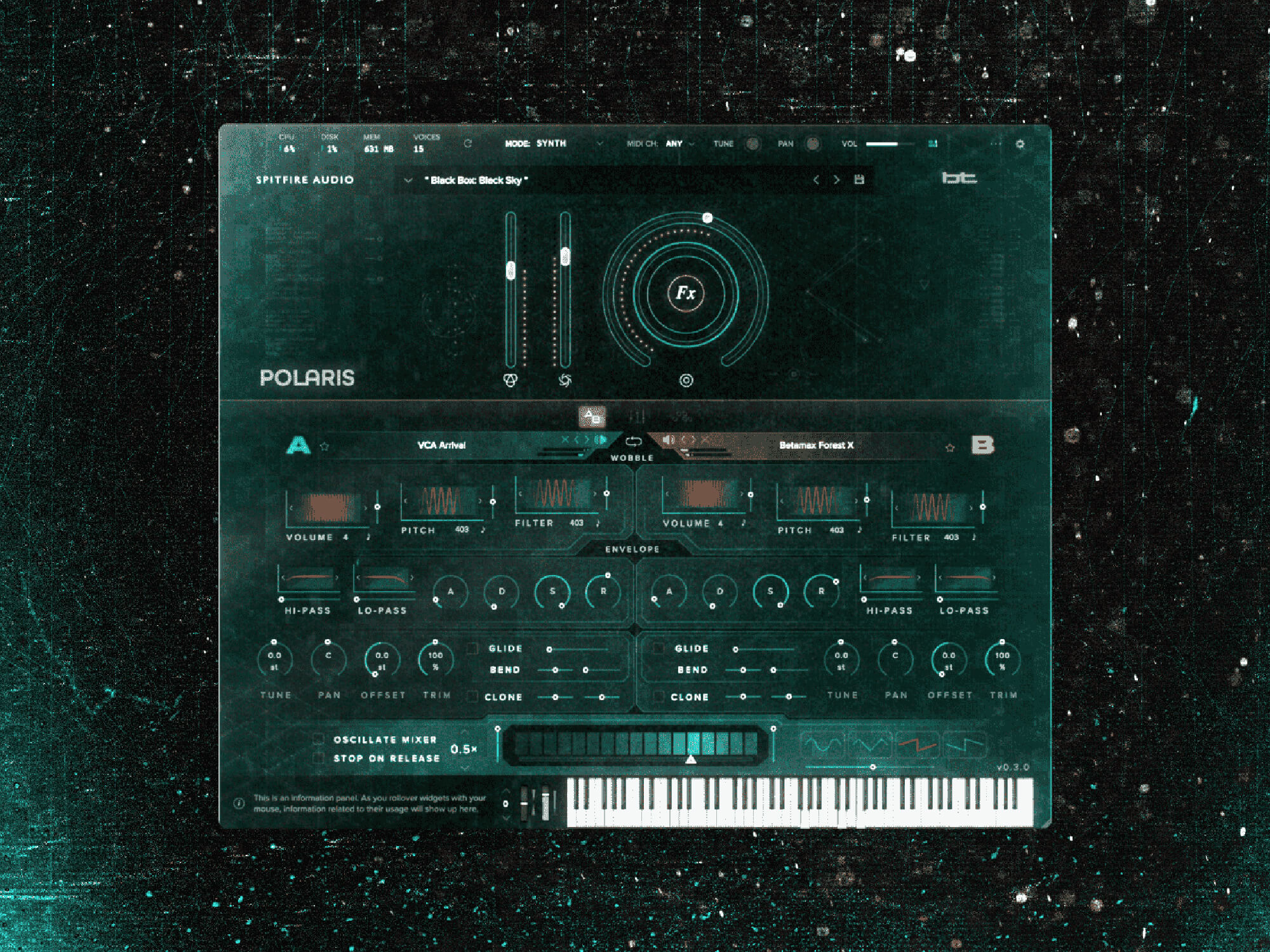 ⊖ Samples lack strong contrasts
⊖ No ability to use your own samples

Trying to emulate classic synthesizers with an orchestral string section may sound a bit crazy. But Brian Transeau, better known as BT, is perfectly comfortable in mad scientist territory. His 2017 collaboration with Spitfire saw the DJ, producer, software developer, and electronic innovator set a high bar with the wonderfully unique instrument, Phobos. Now after three years of careful development, BT is back with a sprawling collection that merges synthesis and orchestra to produce cyberpunk chic and post-apocalyptic grandeur.

Blending acoustic instruments and synthesizers is certainly nothing new but, with Polaris, BT and Spitfire are attempting to bake that process into a single plug-in – and do so with a decidedly idiosyncratic approach. The core of the sound comes from their decision to use extended string techniques to mimic electronic tones and textures. These synth-esque string samples are then resampled through vintage gear and blended with actual synthesizers. It’s a decidedly convoluted way of building a sample library, but the results are hard to argue with.

The sound of Polaris is expansive, evocative, and extremely polished. Designed by BT himself, along with an all-star line-up of sound designers and electronic music producers, each and every one of Polaris’ 421 presets are big-screen-ready. There’s ear candy for producers and beatmakers, for sure, but the library is clearly aimed primarily at composers working in sci-fi, dystopia, and action genres.

Spitfire insists that the library “captures the future of blockbuster scoring” and, at first glance, it seems a bit odd for a forward looking plug-in to focus exclusively on retro gear. Polaris leans heavily into the golden age of 80’s and 90’s synth soundtracks, putting a treasure trove of classic hardware at your fingertips. There are ADAT machines, reel-to-reels, heavyweight synths like the Yamaha CS-80, and rarities like the Ensoniq Mirage and Fairlight CMI to play with, but far from sounding cliché or nostalgic, the library deftly manages to tweak and polish these old sound palettes into something eminently new.

It’s a neat trick, and much of the magic behind it stems from the excellent eDNA interface. For those unfamiliar, Spitfire’s eDNA straddles the middle ground between synth and sampler, allowing two sound sources (titled Sound Bays) to be dynamically blended together. Each Sound Bay has its own set of effects, an easy-to-use routing system for additional tweaking, and a very nice gate sequencer. It’s a straightforward but powerful set of tools that, coupled with the library’s gorgeous samples, has a ton of tweaking potential.

One of the things that eDNA does best is streamline the creation of evolving sounds, and Polaris adds a very capable new granular engine to the effects selection that makes ambient drones, pads, and otherworldly textures easier to craft than ever. Additionally, in a testament to Spitfire’s commitment to merging orchestral scoring and synthesis into a single process, there’s a new option to quickly switch between the classic, instrumental plug-in interface (titled Standard Mode) and the eDNA interface (titled Synth Mode). Whether you want to work primarily with articulations, or tweak filter cutoffs to your heart’s content, this surprisingly useful feature lets you instantly flick between modes to suit your workflow.

When it comes to the string samples, BT and Spitfire are dedicated to achieving a synth-like sound. Starting with the recording sessions at AIR Studios, London, the strings were physically arranged to create a stereo image reminiscent of a synthesizer: the first and second violins are separated left and right, with the viola’s, cellos, and double bases grouped together in the centre. The audible result is fairly subtle, but it does spread out the high frequencies to create a pleasingly bespoke tone. The strings come with the usual complement of close and far microphone signals, as well as some unexpected additions such as a high saturation tape mix, and a dry signal that’s been passed through a vintage encoder to add some extra 90s flavour.

The Penderecki and Ligeti inspired playing techniques are full of taps, slaps and microtonal shifts which do bear some resemblance to synthesized sound – however, it feels like Spitfire and BT got a bit boxed in by their own concept here. All of the sound sources feel symbiotically related, and it’s hard to find two sounds that truly contrast each other. Mixing retro synths with string samples that already sound like synths generally results in something that sounds like, well, a synth.

Of course, it doesn’t sound like any old synth, it’s a glorious hybrid that simultaneously feels historic, futuristic, and perfectly suited for big-budget sci-fi. Nevertheless, if you try to nudge Polaris out of its lane then you’re likely to find yourself stuck in something of a sonic rut. Were Spitfire to expand the range of acoustic samples, or even allow users to drop in their own, it would instantly elevate this instrument from the awesome up to the essential.

Polaris is a beast, and priced accordingly, but once you consider the sheer quality and uniqueness of these samples; the excellent interface; the new granular engine; and the huge selection of presets, it’s hard to look at the package as anything but value for money. The sound palette may be too focused for some, and it might not feel quite as fresh and exciting as Phobos, but ultimately this library showcases Spitfire and BT doing what they do best – delivering ambitious, extravagant, slightly mad plug-ins that produce sublime sound. 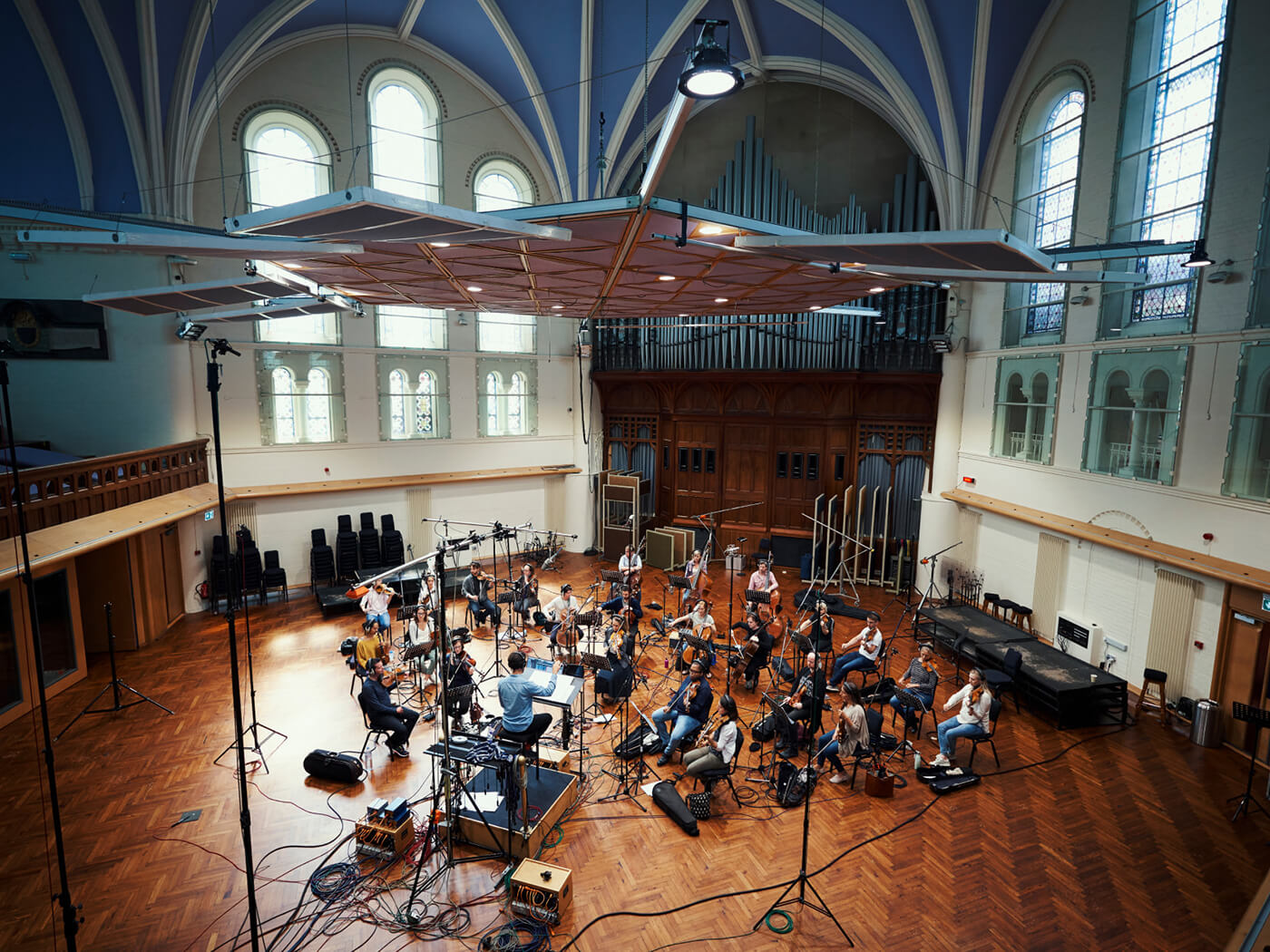