Akai’s MPK Mini Play is now on MK3— are its onboard sounds and built-in speaker enough to set it apart from the MPK Mini? 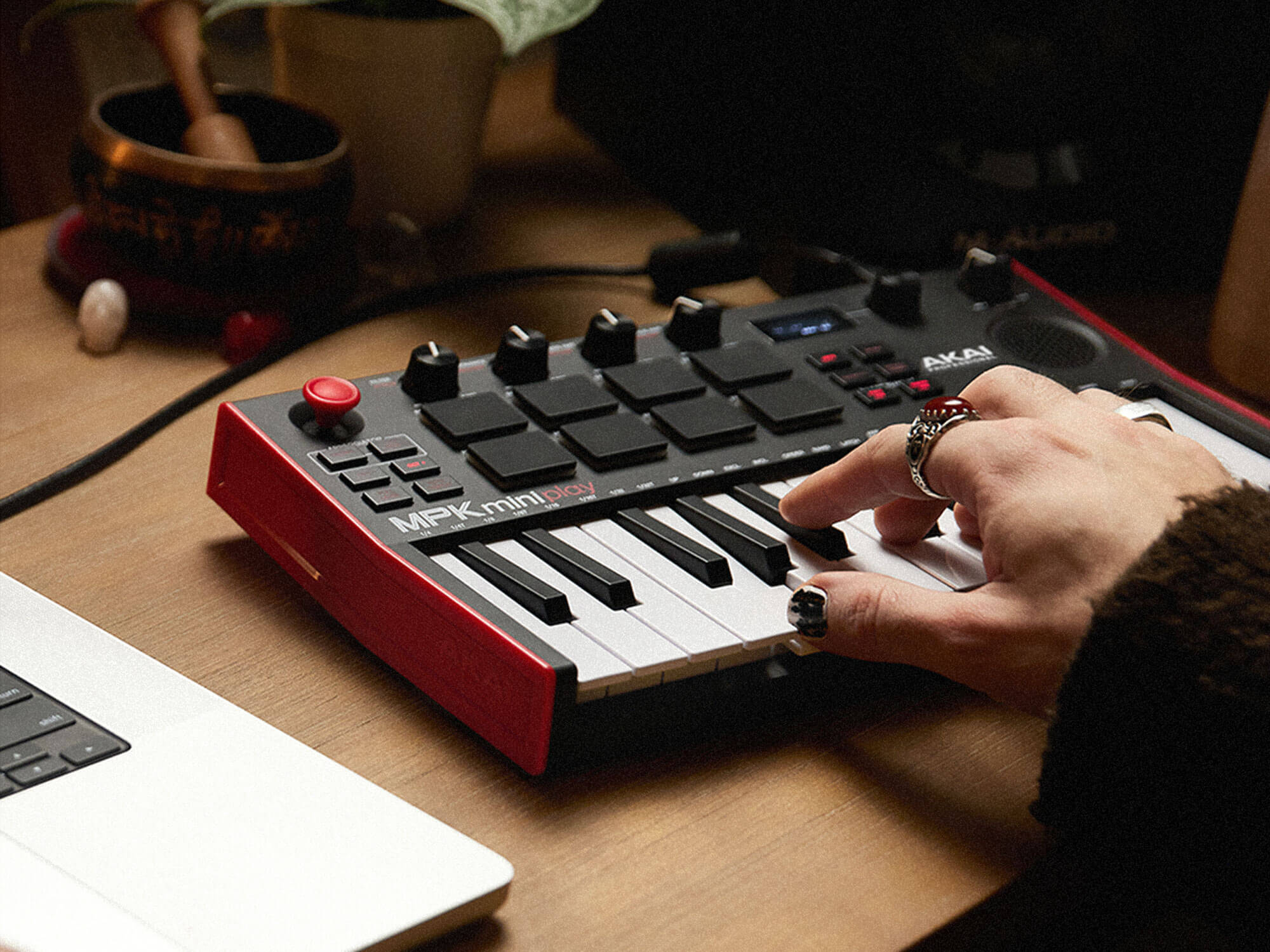 ⊖ A little plasticky in feel
⊖ Onboard sounds are somewhat generic
⊖ Speaker can begin to distort at high levels.

Having laid claim to the mantle of “the world’s best selling keyboard controller” with the MPK Mini, Akai has clearly struck a chord with its MPK range of compact keyboard controllers. With an emphasis on portability and class-compliant out-of-the-box playability – not to mention affordability – the series has also given way to the MPK Mini Play line, which offers a combination of USB MIDI control and standalone functionality with onboard sounds, effects and even a built-in speaker. The Mini Play has proven popular and now sees a third iteration in the MPK Mini Play MK3. Does it honour the family name?

Beginning with the primary point of departure from the conventional MPK Mini range, the Mini Play’s internal sounds consist of 128 rudimentary but passable instrument emulations and 10 slightly more substantial drum kits; all rendered positively Casio-ish by the Mini Play MK3’s improved but very small speaker that, while punchy, can start to distort at high levels. 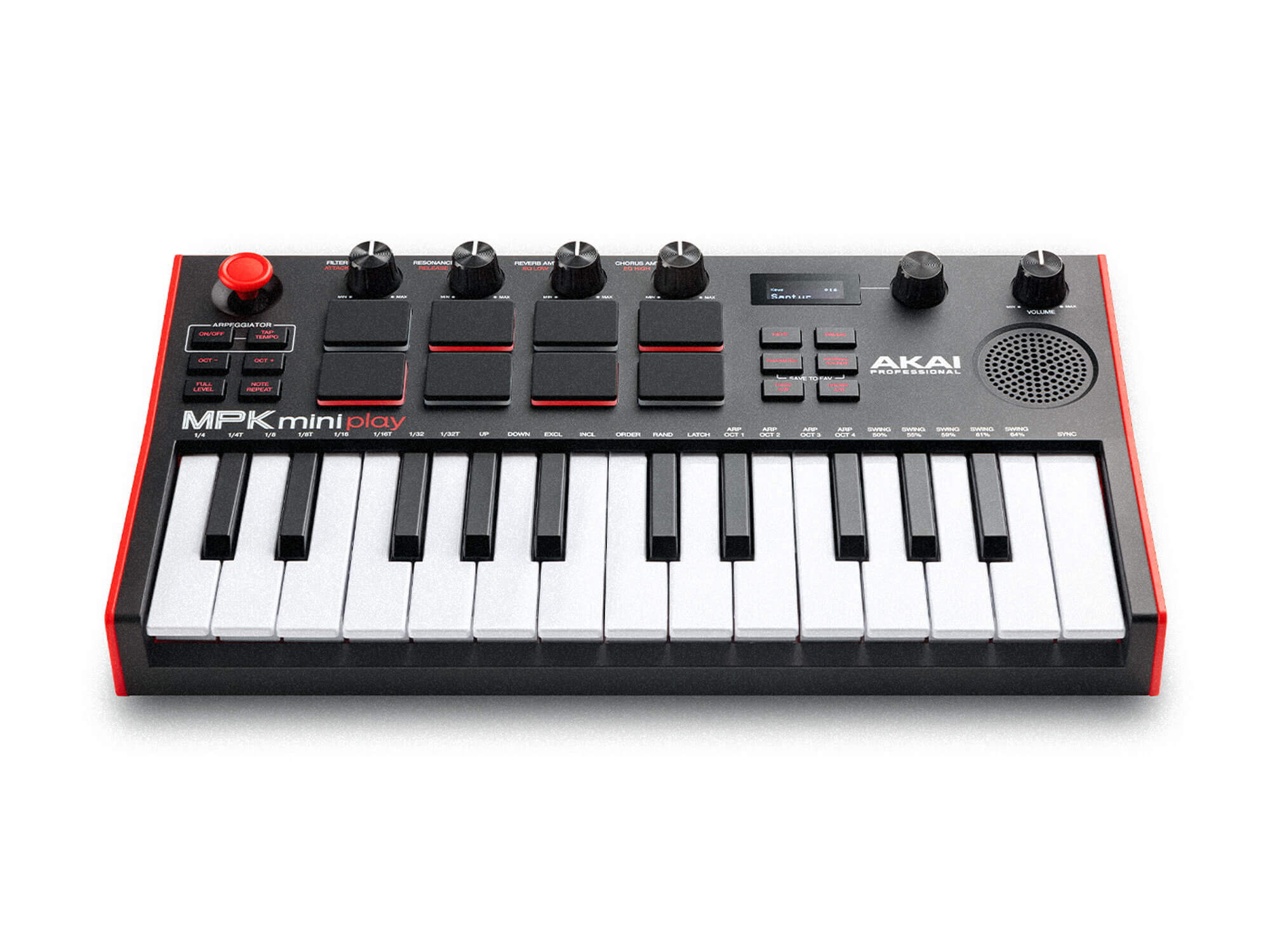 One wonders if Akai, with its rich history of beat-making and sampling (let’s not forget that Roger Linn himself designed the MPC60) has missed a trick here by including such a conventional choice of voices and drums. Nevertheless, we get the sense that when it comes to the built-in sounds, ideas are the name of the game here and not the faithful replication of a grand piano or orchestral percussion section.

It’s better to think of the MPK Mini’s soundbank as a nicely uncomplicated compositional tool, augmented by a simple set of parameters including reverb, chorus, a two-stage envelope and two-stage EQ. It’s usefully possible to save any voice (complete with effects settings and respective drum kit selection) to any of eight Favourites slots, as represented by the eight drum pads. Disappointingly. the effects do not apply to any of the drum sounds, despite many of them playing back with pre-loaded reverb. 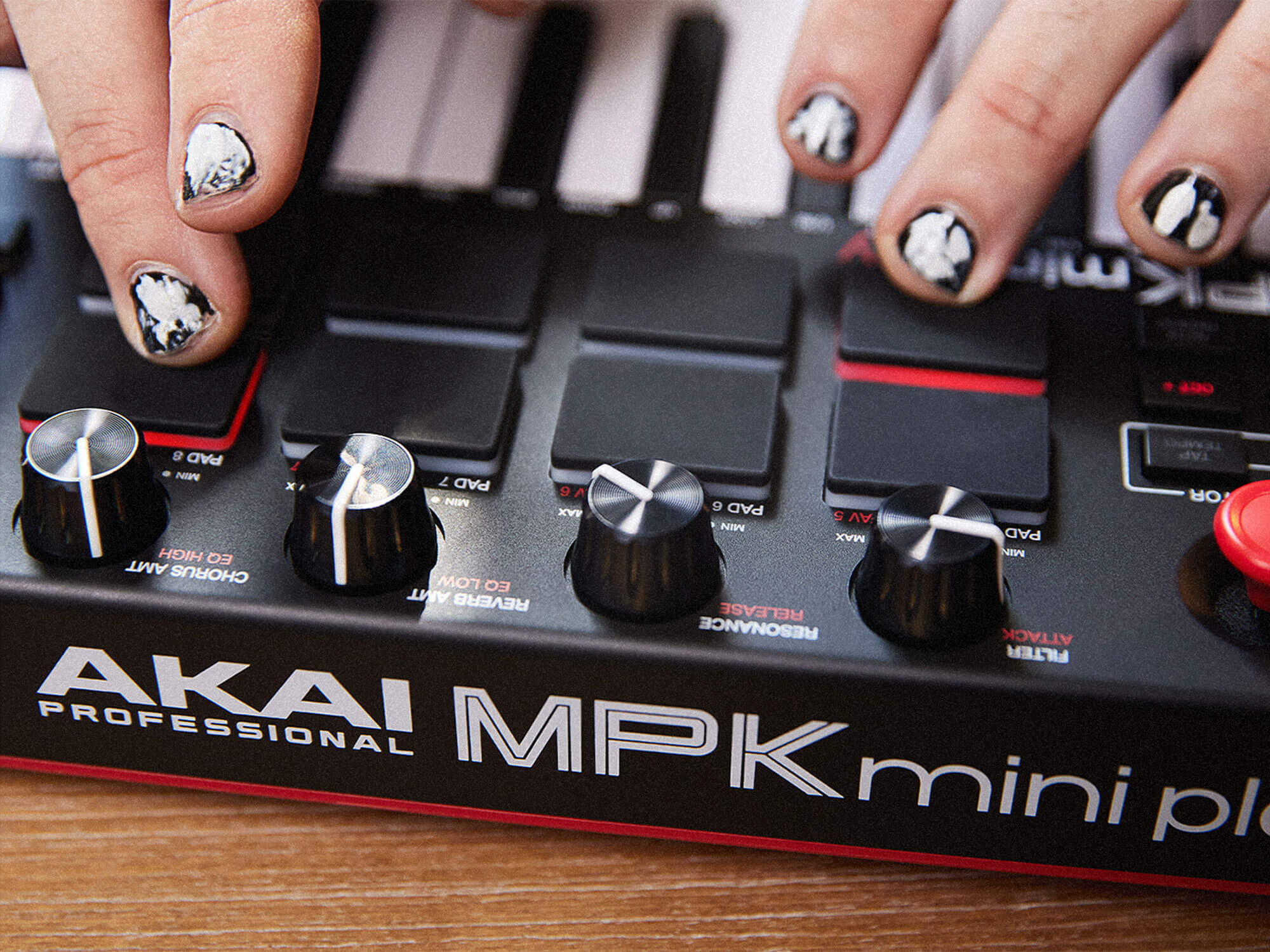 Physically, the Mini Play feels about as inexpensive as it is. With a lightweight (though new and improved) 25-key mini keyboard and bright red flanks, it’s a little light and plasticky to the touch. A sturdy metal chassis would not have gone amiss here, particularly since it’s intentionally designed to slip into a backpack and travel with you – but, that said, it feels solid and reliable, with firm knobs and robust drum pads.

Talking of the pads, they can’t be faulted. Lifted straight from Akai’s category-leading MPC range, one glance at the Mini Play’s sharp OLED screen with its accurate, real-time readout of velocity and values shows just how sensitive they are, both to velocity and aftertouch. In this respect, the MPK Mini Play all but warrants its price tag with its pads alone, and indeed Akai has enjoyed success with pad-only mini-controllers such as the LPD8.

When it comes to form factor, there’s very little between the MPK Mini Play MK3 and the MPK Mini MK3. The primary trade-off is that while the Mini Play has its onboard sounds, the Mini offers a few extra MIDI control hardware. While the Mini Play has two pages to its four assignable knobs, for example, the Mini has eight physical encoders, which may tip the balance if a standalone, well-designed portable controller is what you’re looking for. The Mini Play is also a little more expensive, it should be said, though not greatly. If it’s an affordable dual-purpose instrument you’re looking for, one that’s as at home laying down ideas on the train as it is in a full recording setup, then the Mini Play may just be for you. 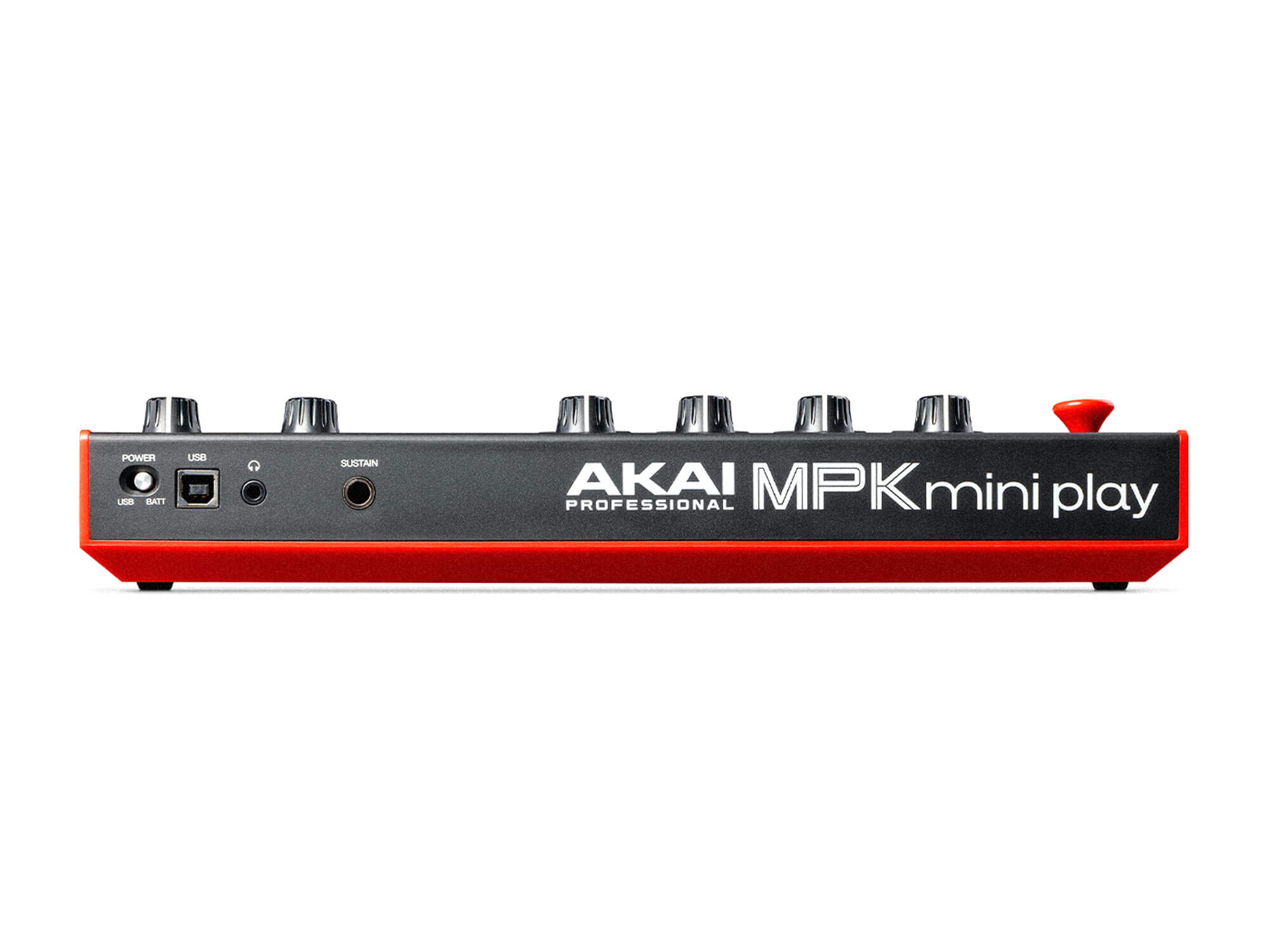