If you were immersed in pop culture throughout the 1980s, you didn’t just see the light, you heard it. We pick up a light pen and write history on the green screen of the CMI. 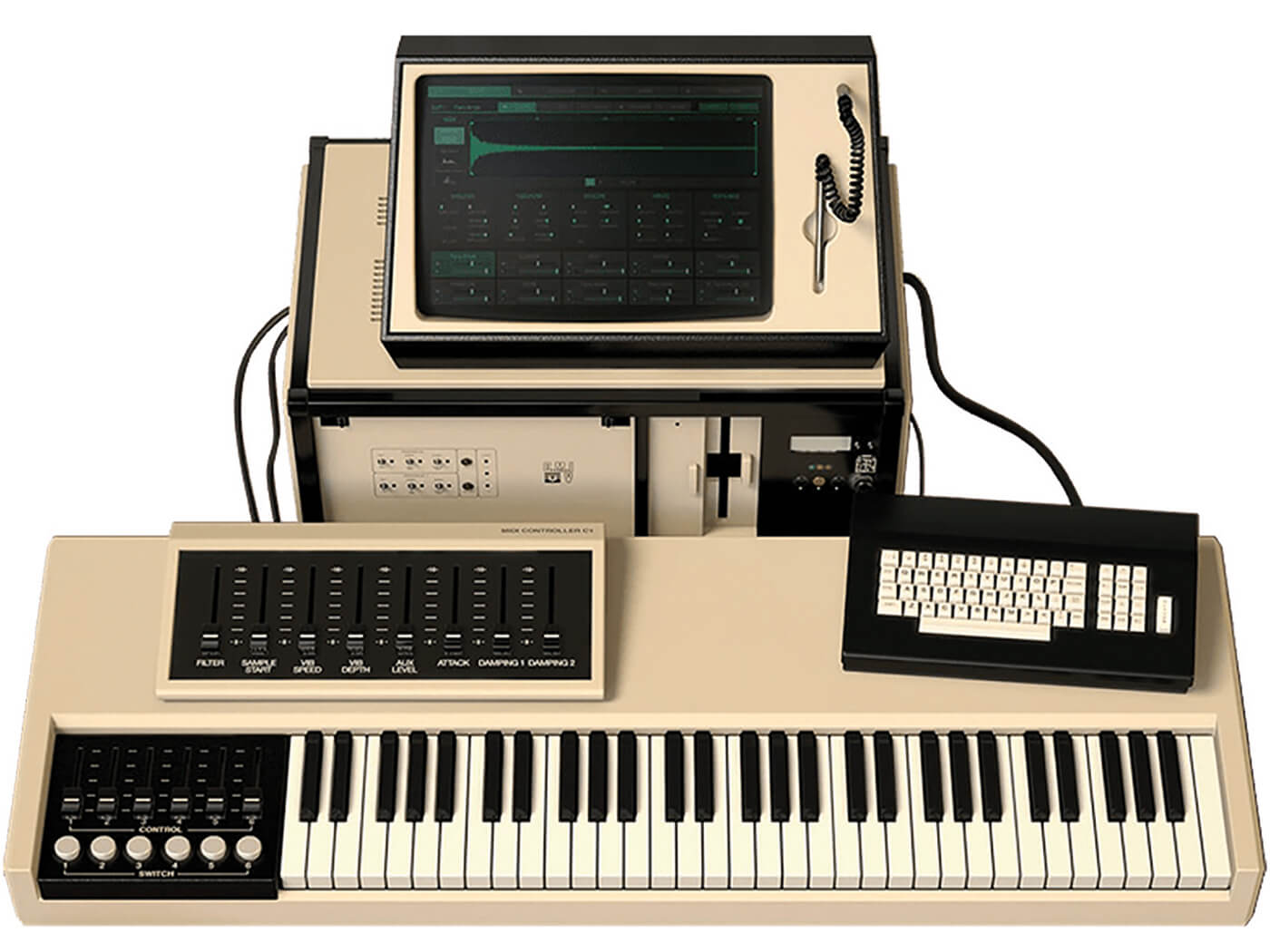 Fuelled by a greed-is-good philosophy, driven by or perhaps borne of an enormous economic boom, the 1980s saw some in the banking and investment sectors literally earning enough to buy a house each and every week.

If you were a successful musician or producer at that time, you were probably earning enough in royalties to buy a modest property – but where’s the fun in that? What self-respecting musician would fritter away money on something as mundane as a roof to put over their head when there were perfectly spectacular synthesisers sitting on shelves just waiting to be bought. One of the best of these was sleek (it was, honestly), came in that oh-so-fetching shade of computer white, and had the now-legendary words “Fairlight CMI” emblazoned on the back.

More than just a synth, CMI stood for Computer Musical Instrument, one of the world’s first music workstations and digital audio samplers. Its large musical keyboard gave the CMI the appearance of a standard synth but it lacked the controls with which many synthesists had by now become familiar. This revolutionary instrument was about as digital as things got in the late-1970s and 1980s, with all its sounds emanating from a bespoke computer that formed the heart of the system.

The inaugural CMI appeared in 1979, when computer components were expensive and difficult to source. The substantial mainframe was assembled by hand, by relatively small Sydney-based firm Fairlight, led by inventors Peter Vogel and Kim Ryrie.

Early adopters included Peter Gabriel, Trevor Horn, Thomas Dolby and Kate Bush but the CMI’s first stateside delivery was addressed to a Stevland Morris in Los Angeles. Packaged and personally delivered by Vogel and his band of brothers, the Aussie innovator arrived at the City of Angels studio only to be greeted by none other than Stevie Wonder, who’d ordered the item using his real name. Other legends soon followed suit, with Quincy Jones and Herbie Hancock also exploiting the CMI’s credentials. What was the appeal?

Do you remember the first time you scrolled through your contacts on a touchscreen smartphone? If you thought that was cool, you should’ve seen the light pen that allowed Fairlight users to draw and edit waveforms on the CMI’s screen. The second iteration of the CMI, the Series II, was released in 1982 for a cool £30,000 (more than £100,000 in today’s money). Despite its jaw-dropping price tag, its uptake was swift – almost swift enough to have you believe that the instrument was used on every charting album of the year. That’s not true, of course, but it’s not far from it.

The popularity of the Series II CMI was in no small part due to its fascinating new feature. Page R allowed users to draw on the fabled green screen using the attached touch pen to create sequences using the samples pulled from within the computer. It was visually led and easy to use, at least when compared to similarly equipped products from the same period. The mid-1980s charts were littered with the vocal-based Ahs, orchestral crashes, and horn stabs – all drawn onscreen via the light pen.

Teenage me hungered for a Fairlight more than any Lamborghini, so much so that I created a program to run on my humble BBC Model B computer, which drew the image of a green waveform. Imagine how irresistibly hip I looked at gigs, with my Casio keyboard and Fairlight-style VDU (Visual Display Unit – it’s what we used to call computer monitors). How a 15-year-old – or anyone, for that matter – was meant to afford the £30k Series II, I’ll never know.

As it so often does, history repeated itself in 2009, when Vogel released the 30th-anniversary model of the original CMI and, not long later, the CMI app for smartphones and tablets. The rerelease of the original model was tempting, though pricey even by 2009’s standards and lacking contemporary audio sample rates and bit depth. With the app, though, you could finally own a Fairlight in a format that fit in the palm of your hand – and that didn’t cost the earth.

Influences come in many shapes and sizes. I carry a memory of the Fairlight with me everywhere I go, in the form of my phone’s message-notification tone. The iconic Fairlight horn stab used on Yes’s Owner of a Lonely Heart is my alert du jour. If you leave me an answerphone message, you’ll get the song’s whole chromatic rising line. Some things haven’t changed since the 1980s, including my cool levels.