Rhodes’ MK8 keyboard will be customisable with transparent casing, optional effects and more

Take a look at some of the flamboyant design options you can choose from. 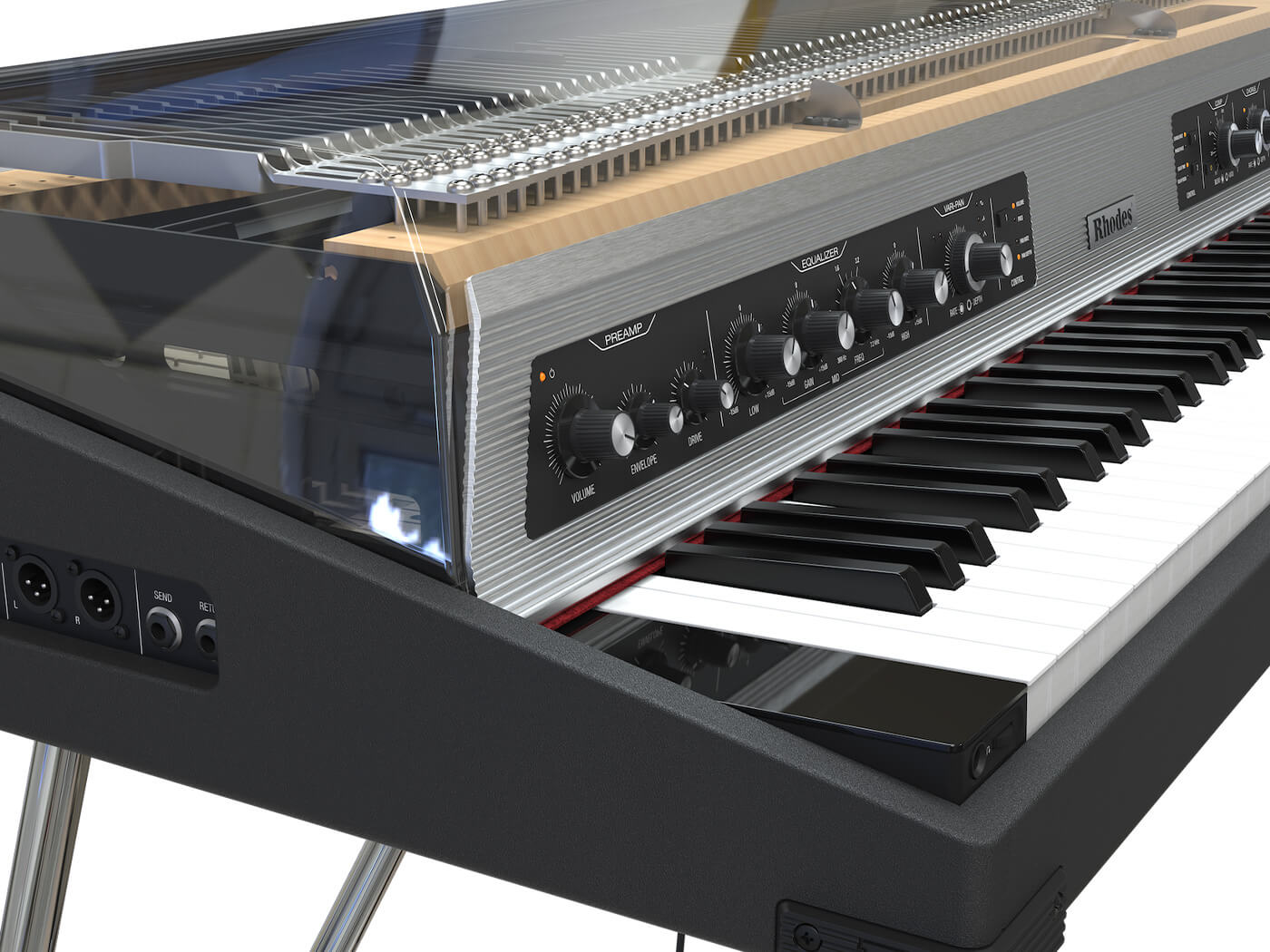 Rhodes Music Group has been trickling out teasers of its upcoming MK8 keyboard, with the latest announcement being that the new instrument will be complete with customisation options.

The brand has sent MusicTech four new renders of the upcoming Rhodes MK8, showing off some of the customisable features of the keyboard. Among the aesthetic options are a transparent lid that shows the inner working of the keyboard, a sleek purple finish, an ostentatious golden finish with golden panels, and the classic black finish. You’ll also be able to choose between wooden or plastic body casings.

Check out the sneak previews below.

It goes deeper, though. A spokesperson for Rhodes tells MusicTech that you can “decide whether you add Rhodes stereo effects, a stand, or select from a range of stunning colours and sparkle finishes for the lid and panels.”

Rhodes is yet to announce an official launch date for the hotly-anticipated MK8 but, given the news it’s been sharing as of late, we speculate a release by the end of 2021.

The UK-based company announced the new keyboard at the end of August 2021, claiming that it will be “the best Rhodes keyboard yet”. Since then, it’s been revealing new details every week via its newsletter.

Rhodes Music Group’s new MK8 keyboard is all part of the mission to honour Harold Rhodes’ legacy with the “best electric piano imaginable.”