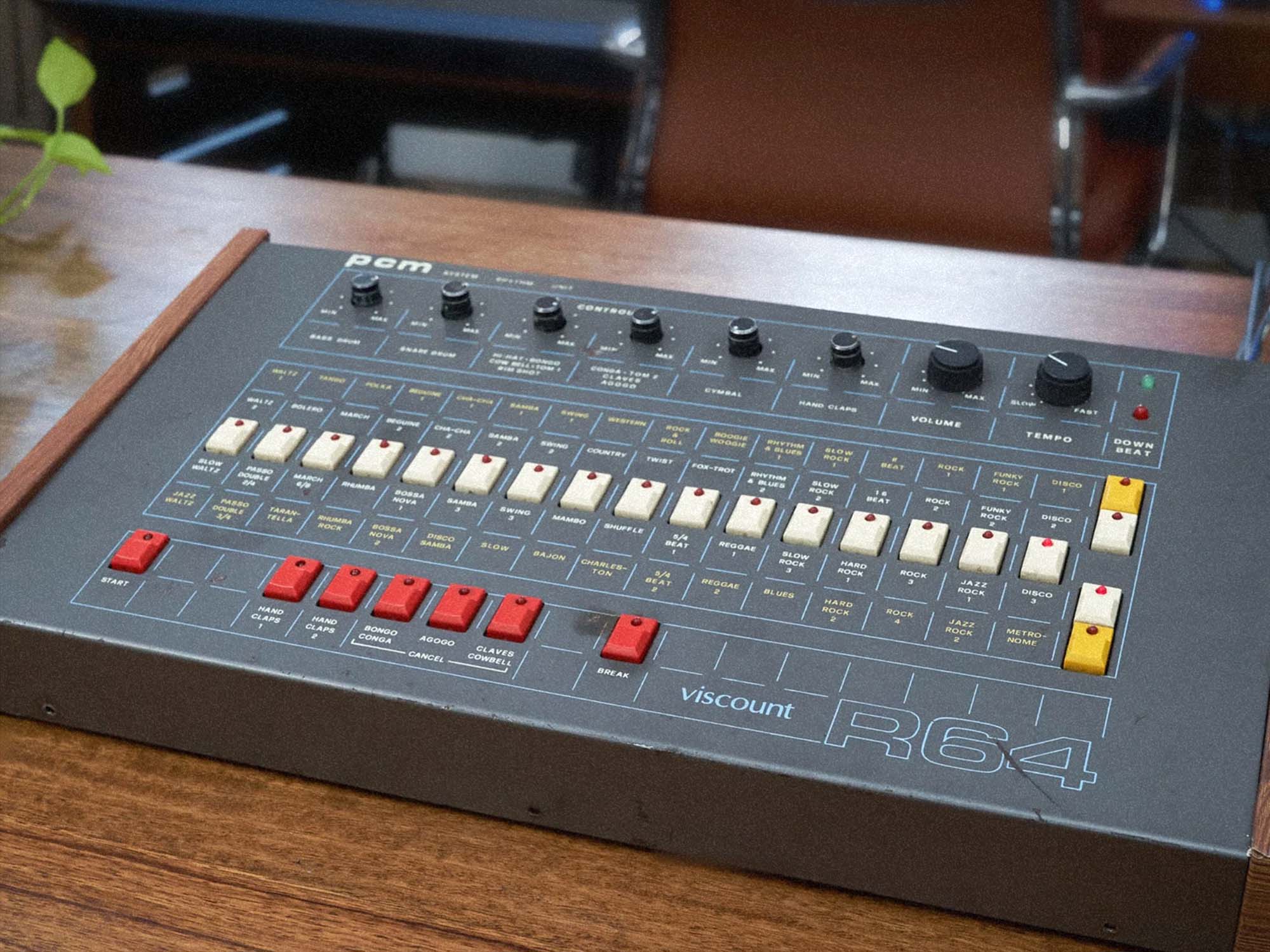 Samples From Mars has launched Viscount From Mars, a new sample pack of sounds sourced from a vintage Viscount R64 drum machine, also known as the “Italian Linndrum”.

The mysterious original R64 drum machine was built by Italian manufacturer, Viscount, in the 1980s. While its later counterpart, the R64S, gained more popularity, the R64 is rare, with only 10 functional units still in existence.

Samples From Mars’ sample pack contains 560 samples recorded at 24-bit, including 320 full or stripped-back loops, 150 repaired, de-noised loops and 240 one-shots with clean and processed versions and – for the first time ever – five pitch variations for each drum hit.

The five pitch variations were recorded thanks to Samples From Mars’ engineers discovering a secret tuning pot and cymbal control under the hood of the R64 unit.

Samples From Mars recorded the drum samples through a Radial J-DI passive direct box to avoid distortion, an API 1608 high-end recording console and an Apogee Symphony Mk II audio interface. The brand also applied colour to the samples using Overstayer’s NT 02A saturator, an API 2500 compressor, and an API 560 EQ.

Samples From Mars also launched a bundle of sounds from a rare 80s Californian synth, the 360 Systems keyboard, in 2021. This year, they also launched Vinyls From Mars, which included 900+ degraded royalty-free vinyl drum and percussion samples.

Find out more and download the pack for $19 at samplesfrommars.com.