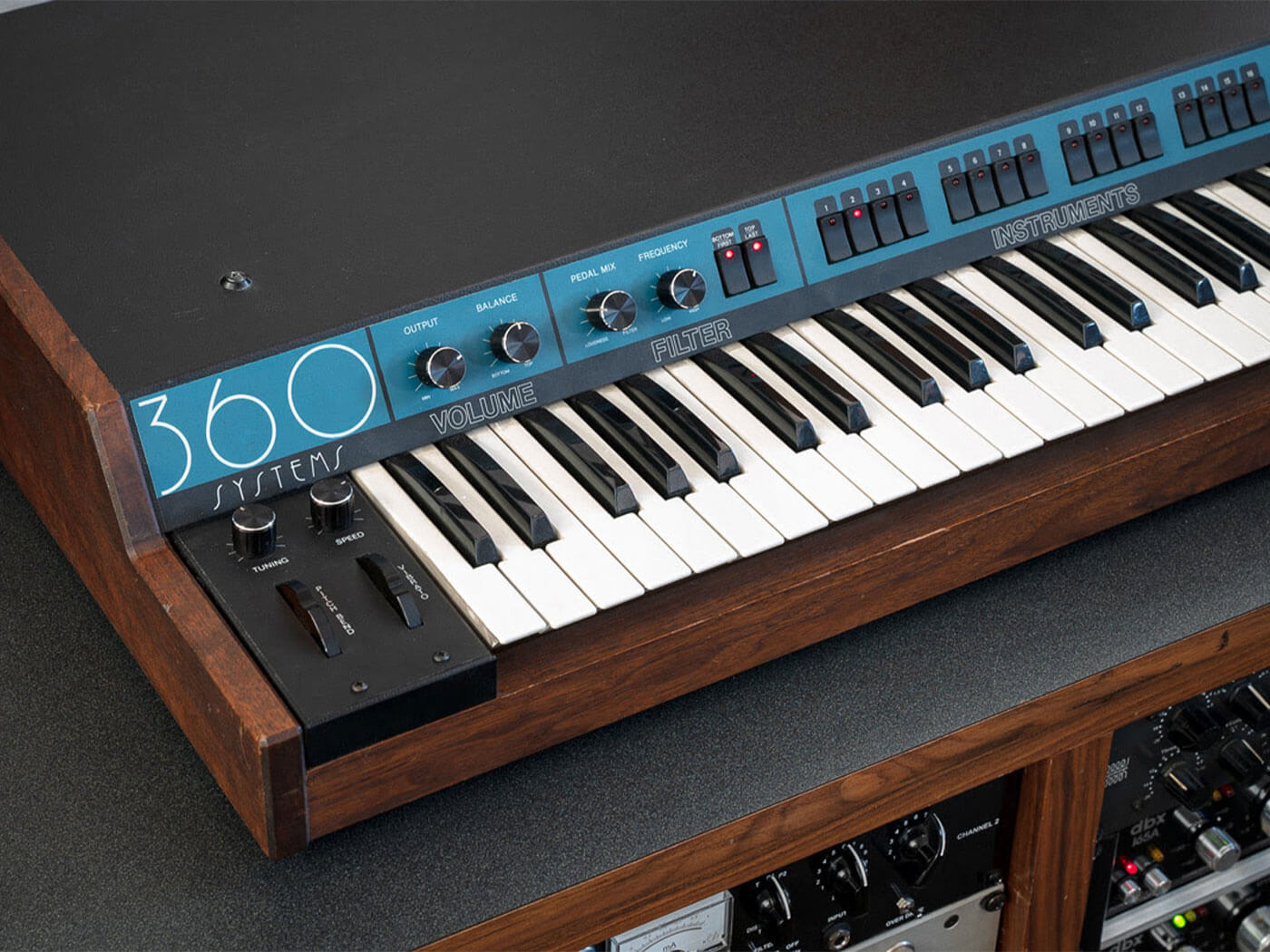 Independent sample pack creator Samples From Mars has released 360 From Mars, a bundle of sounds from a rare 80s Californian synth, the 360 Systems keyboard.

Samples from Mars captures the essence of the 360 Systems keyboard in 2,065 WAV samples, all in 24-bit. The 360 From Mars pack comprises a total of 37 patches, organised into seven categories, including 20 original factory patches of the 360. 12 clean patches with additional 360 filtering, vibrato and chorus effects are included too. Five more patches are externally processed through a range of sought-after hardware.

Every note of every patch was cleanly recorded by Samples From Mars through a Radial JDI, into an API 1608 and then into an Apogee Symphony MKII. For external effects processing, Samples From Mars used an Otari tape machine for re-pitching strings, and applied reverb with a Roland Space Echo and chorus with the Eventide H3000. The electric piano patch was routed through the Yamaha CS-5 for filtering and tremolo effects.

Just 200 units of the 360 Systems keyboard were made between 1982 and 1984, making it as rare as gold dust in 2021. The sample-based synth allows the user to play real strings, flutes, brass, electric piano, bass, guitars, percussion and more.

Touted as a Mellotron alternative, it was originally designed by an electronic musician who wanted a bank of real instrument sounds, without having to buy the instruments – something we all know too well as modern-day producers. Although early-80s samplers like the Emulator were already a potential solution to the problem, some musicians “were no longer impressed with the unrealistic sound of single samples stretched across the whole range of a keyboard”, Samples From Mars says.

According to Samples From Mars, the 360 Systems keyboard was built with similar components to many coveted vintage drum machines, with EPROMs and an analogue filter. The brand says this makes it “as punchy as our favourite samplers, and as silky as our vintage synths”. Each patch would feature between four and 24 different samples up to eight seconds long, which used a boat-load of memory for the 1980s – a whopping 2MB. This would require 50 EPROMS.

As a result, the 360 Systems Keyboard was too expensive at the time to see commercial success, costing $13,401 in today’s currency. It was also too limited, omitting velocity sensitivity and sound looping due to the company’s budget.

Thankfully, Samples From Mars has brought the unique instrument back to life – and even added its own twist on some of the sounds. The 360 From Mars pack is available to use in all DAWs and samplers using the WAV files. Alternatively, you can load the sounds straight into compatible software samplers in Ableton Live, Logic Pro, Kontakt, Reason, FL Studio, and SFZ Player. You’ll just need 1.96GB of free space. It’s also nicely affordable, with an introductory price of $19, soon moving up to $39.

Find out more at samplesfrommars.com.