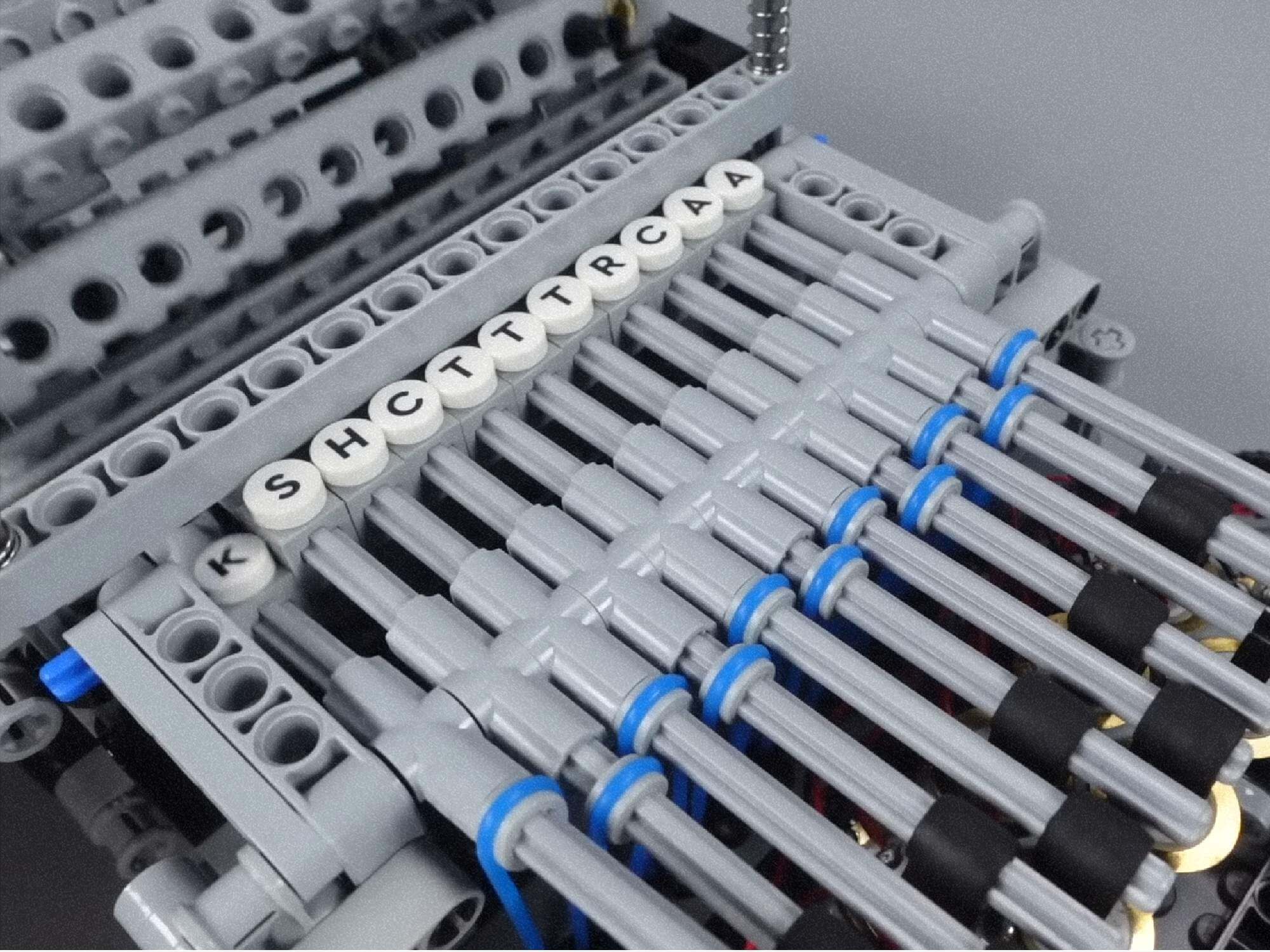 Using a Roland TD-9 drum module as its central sound source and piezo pickups as triggers, the drum machine uses a pianola-style rolling mechanism as a sequencer and Lego Technic pins to flick a row of rods held in tension by rubber bands and strike the pickups. Patterns are then editable by removing and inserting the pins into the relevant holes on the belt.

The device is mechanised, but can also be turned by hand. ‘Take this Lars Ulrich!’, reads a caption as the handle is turned as fast as possible. While the sounds of the TD-9 are functional, Brick Technology eventually opts to use the module as an interface to trigger sounds on Toontrack’s Superior Drummer 3 software to create more expressive, realistic-sounding drum patterns.

The video concludes with a ‘Guess The Song’ game, with famous drum patterns recreated on the machine ranging from Blur’s Song 2 to Taylor Swift’s Shake It Off.

It’s not the first time Lego has been applied to music technology in novel ways. Earlier this year Teenage Engineering shared video of a ‘Modular Lego Siren’, a mechanical low frequency oscillator (LFO) that utilises a Lego motor to physically turn the knob of the POM-3 sine oscillator module.

Idiosyncratic designer and musician Look Mum No Computer has also tried his hand at Lego-based music creation, officially collaborating with the Danish company to design a fully functional set of DJ decks, with casing, tonearm and even its motor all made entirely of Lego.

Brick Technology is known for a range of novel applications of Lego, with more ambitious projects including creating a machine with sufficient drive to create a liquid vortex in a sphere, a wind-powered train and a tank that shoots playing cards.