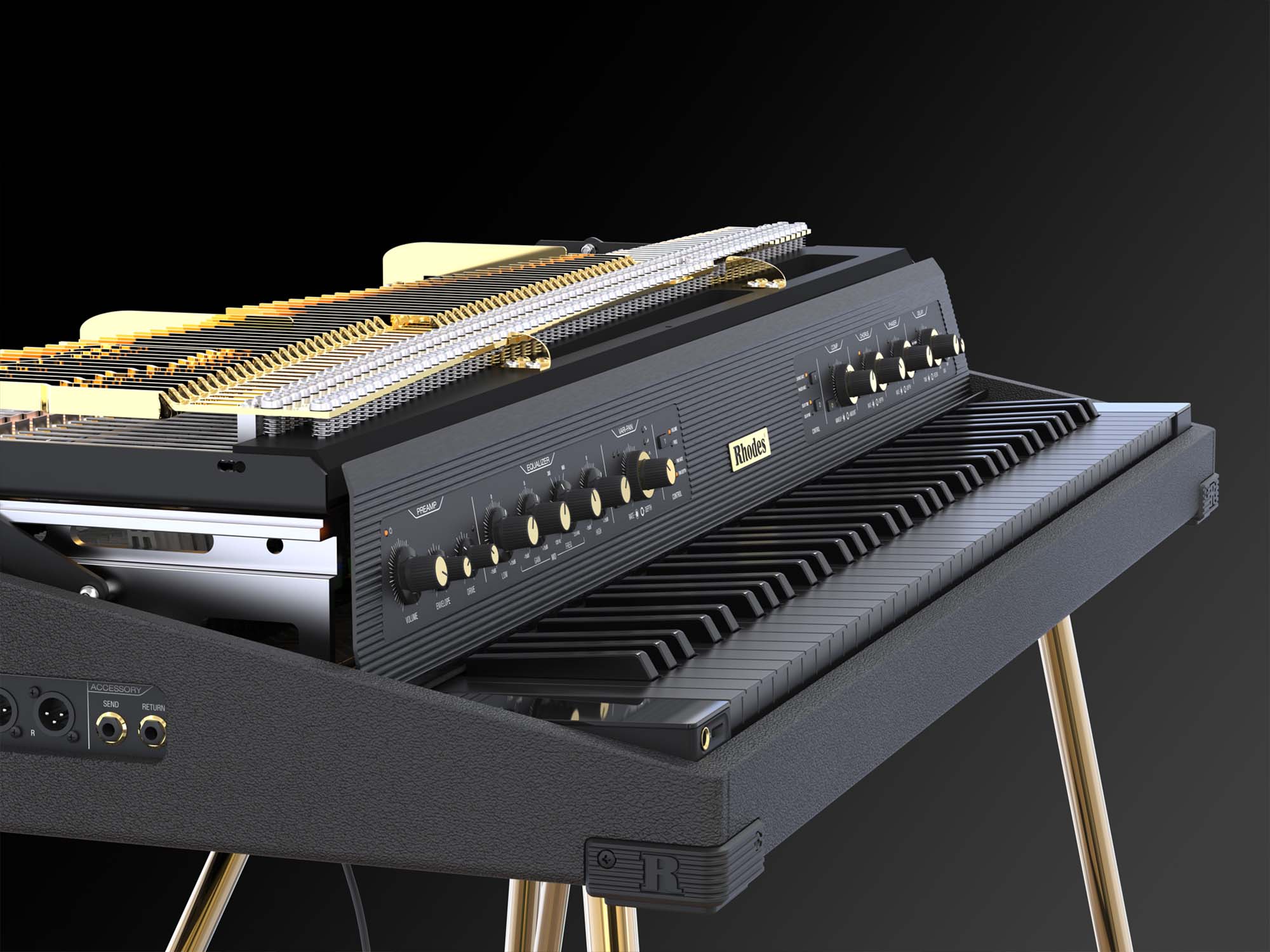 To commemorate its 75th anniversary, Rhodes instruments has launched a special edition of its MK8 electric piano.

Adapting the original Rhodes’ MK8, this new special edition, the MK8/75AE, includes classy finishing touches to its design such as an elegant black finish with gold trim detailing and gold legs.

Rhodes initially planned to build just 10 of the keyboards, with the first being claimed by a lucky competition winner. However, due to popular demand by fans who saw the special edition showcased at The NAMM Show 2022, Rhodes has rolled out 75 MK8/75AEs.

So, what exactly is the Rhodes MK8 electric piano? It’s a modern take on older Rhodes electric piano models with 78 keys, and a range of effects including an analogue compressor, phaser, chorus, and delay. Plus, there’s expression pedal control of phaser speed, chorus speed, delay time and delay feedback.

The company started in the 1940s when Harold Rhodes taught injured servicemen how to play the piano as a form of therapy. To solve the problem of lugging a full-sized piano from patient to patient, Rhodes used leftover aluminium tubing from B-17 bombers to build a 29-note xylophone-like instrument, the Army Air Corps Lap Piano. Later, 125,000 were put into production.

The company entered a hiatus of launching many new models since the 80s, mainly after it was sold by CBS. More recently, however, in July 2021, Rhodes relaunched as Rhodes Music Group Ltd. with chairman Matt Pelling promising to “continue founder Harold Rhodes’ development of the highest quality musical instruments”. It then launched the Rhodes MK8 in December 2021.

75 of the limited edition Rhodes MK8/AE electric pianos will be available from Thursday 15 September 2022. According to Rhodes, sales will be open for two weeks but could close early if all 75 are sold in that time. It costs $13,495.

To find out more about the Rhodes MK8/75AE, visit rhodesmusic.com.