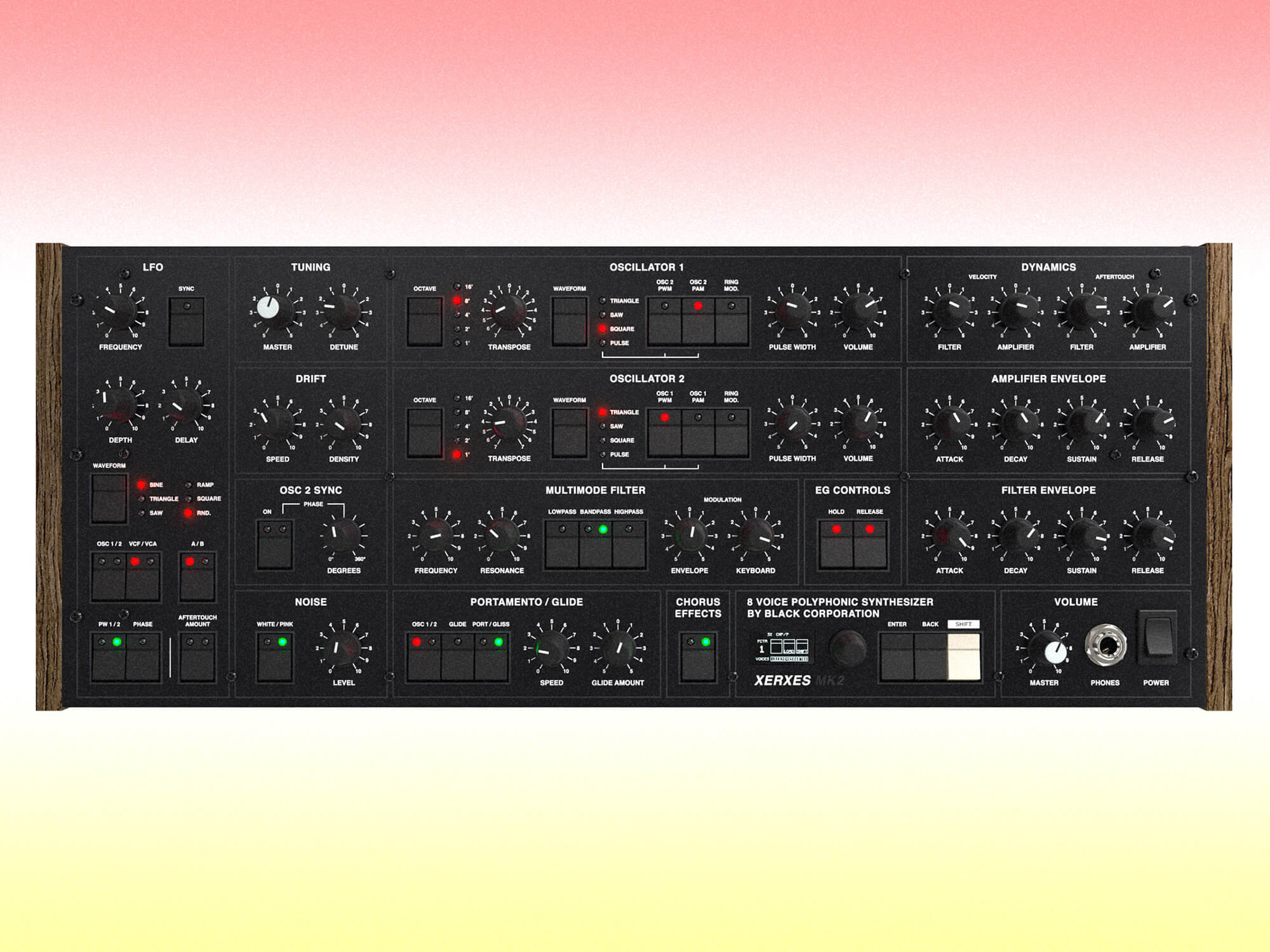 The XERXES MK2 synth, a replica of Italian manufacturer Elka’s Synthex – which was originally released back in 1981 and used famously by the likes of Jean Michel Jarre and Stevie Wonder – has received updated hardware and a new price.

The upgrade is the first since the first XERXES launched in 2019. There is now a darker design on its front panel, and in the machine, users will find there has been updated circuitry. The VCA section has been revamped completely, and so has its balanced outputs and audio via USB.

Features of the eight-voice polyphonic analogue synthesizer include an “unmatchable level of warmth” from two analogue oscillators that are digitally controlled and a multimode analogue filter that can be modulated by an ADSR envelope, LFO and velocity. Its six LFO waveforms are sine, triangle, saw, ramp, square and random.

There are white and pink noise generators alongside a BBD chorus that lets users switch between its three modes, each of which holds similarities to that of the original Elka Synthax.

Black Corporation has become a renowned manufacturer of high-quality replicants of classic hardware. In 2019, the company released Deckard’s Voice, a Eurorack ode to the Yamaha CS-80, famously used by composer Vangelis, who sadly died in May. This was quickly followed up by Racheal, a smaller modulation unit to compliment the Deckard’s Voice.

Finally, in 2021, Black Corporation recreated the Jupiter-8 as a desktop synth, named the ISE-NIN.

The XERXES MK2 is now available for pre-order, costing $4,499 overall.