Details are scarce, but the brand says the synth will arrive “later this year” 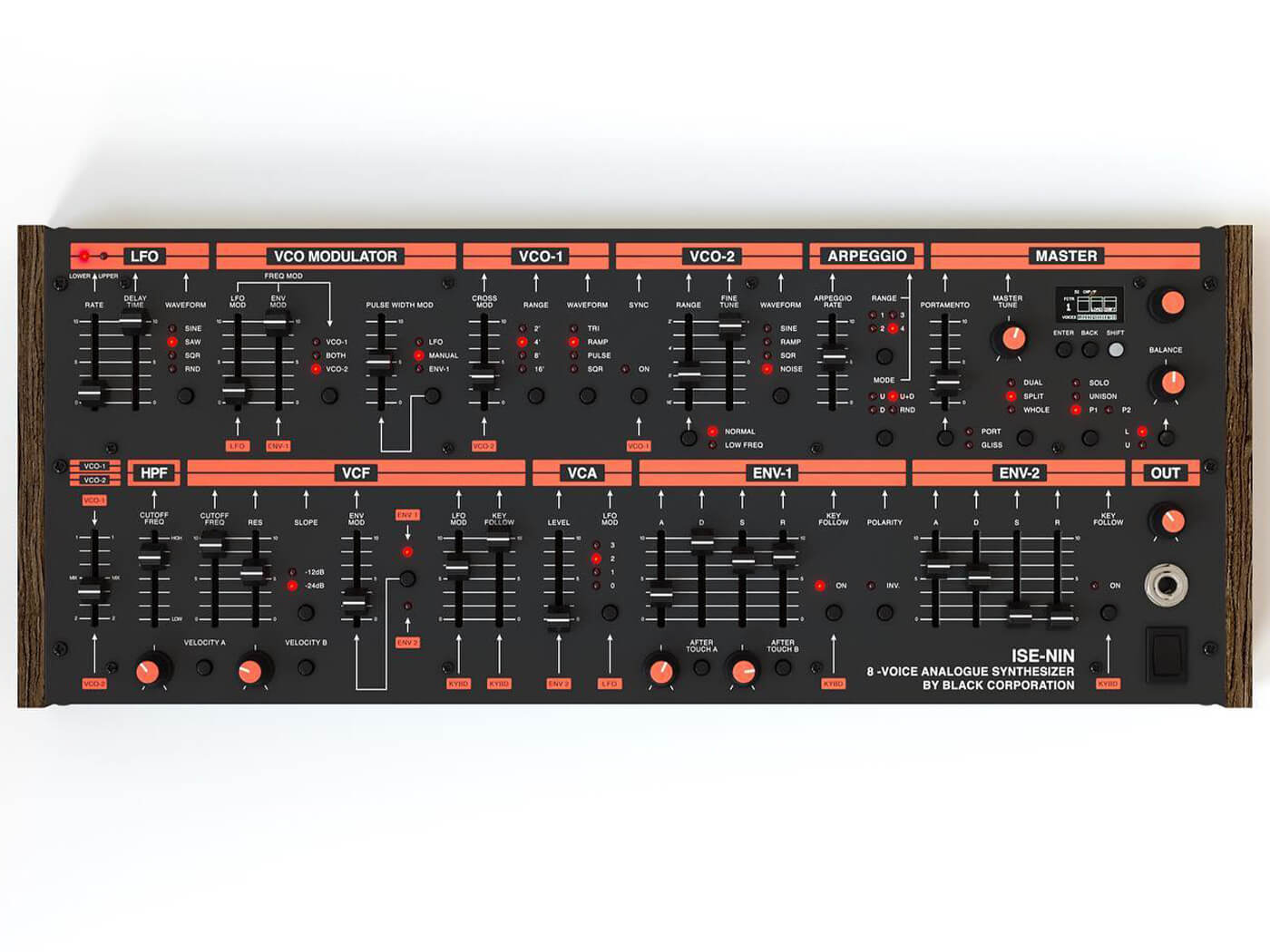 Black Corporation took to social media to share a photo of the ISE-NIN, while keeping relatively hush about the specifics of the synth. However, it’s been made known that it will feature MPE support and micro tuning via OddSound’s MTS-ESP. Preorders will open next week, although the price is yet to be specified.

“It’s been a while since the last BC poly synth release”, reads the caption. “Please meet ISE-NIN. Coming later this year, with a full MPE support and micro tuning by ODDSound MTS-ESP! Preorders will start next week on our website.”

Synth enthusiasts familiar with the Roland Jupiter-8 will recognise the layout and design of the ISE-NIN, along with its noise-making features. From the looks of the photo, Black Corporation’s polysynth features two VCOs, a VCO modulator, an arpeggio, two envelopes, an LFO, a VCA, and a filtering section complete with HPF and VCF. Additionally, the ISE-NIN features a master section with a visual display, portamento slider, unison modes and more.

Despite the lack of details, the ISE-NIN is already making an impression on the synth community. Richard Devine, King Britt, Mylar Melodies and Martin Doherty of CHVRCHES are among the notable producers who have commented on the post to express their excitement. With modern features such as MPE support, this synth could be an ideal alternative to an original Roland Jupiter-8.