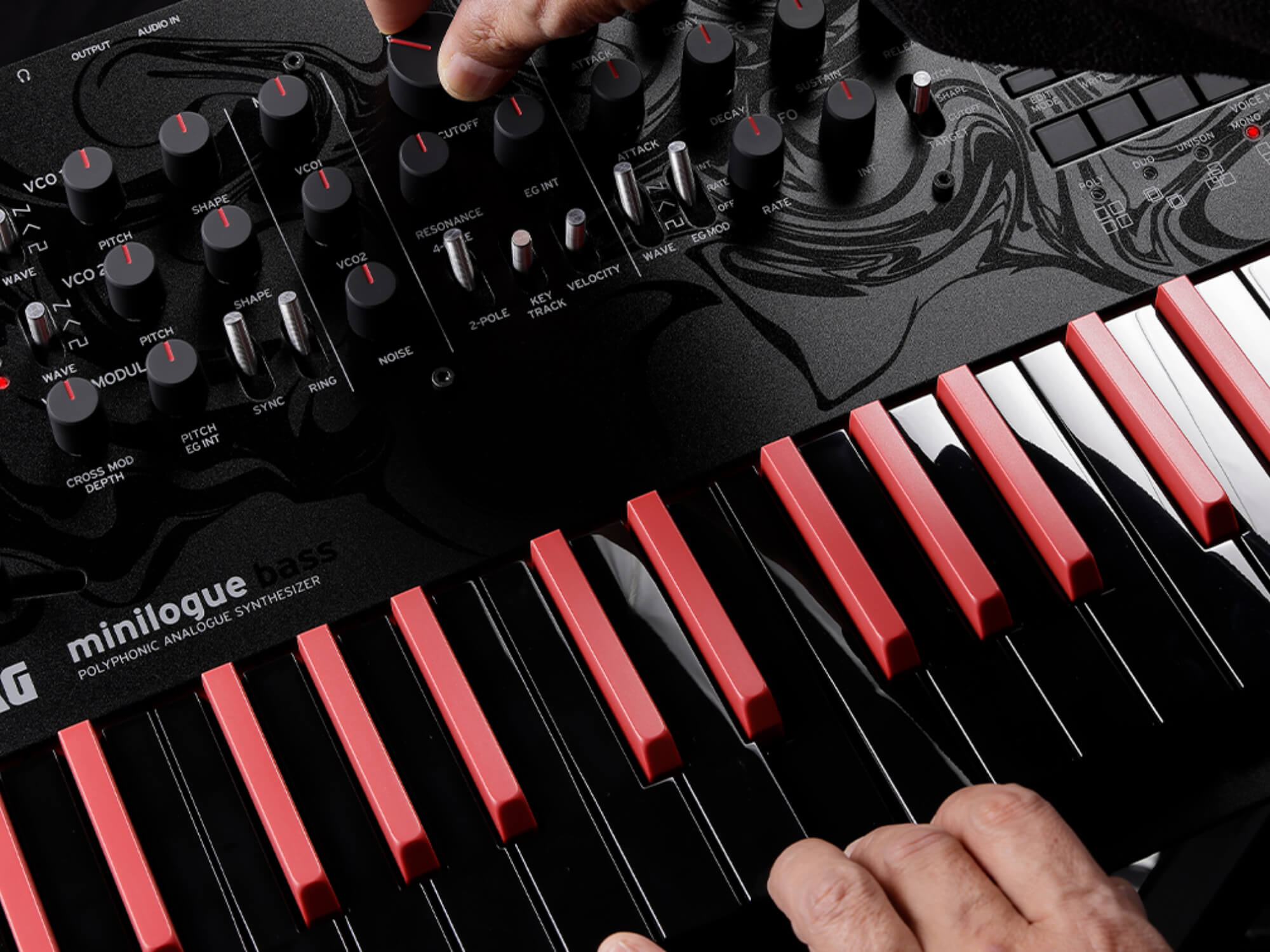 The limited edition Minilogue Bass 4-voice polyphonic analogue synthesizer maintains the hardware, firmware and architecture of the base model alongside its array of specs, which boast an LFO, 2 VCOs, filter, 2 envelopes and a VCA and an LFO. 8 play modes have been included, among them arp, chord and polyphonic modes and a 16-step sequencer.

The sound bank is undoubtedly the draw of this Minilogue, featuring a catalogue that samples the likes of Minoru Koike, Michihiko Nakanishi and Devonwho, and the device also features 100 exclusive preset patches that can be further expanded with an additional 100 user programs. The fully analogue device does not boast the digital multi-oscillator, effects or upgraded sequencer of the Minilogue XD, however.

Also sure to draw attention is the striking red-on-black keys with an embossed swirl design.

The limited edition Minilogue Bass retails at £649, making it more of an item for hardcore collectors. Korg has not yet disclosed exactly how many units of the device will be available for purchase.

Korg previously released the 2.0 firmware update for the Minilogue in 2019, furnishing the highly sought after synthesizer with new support features and parameters as well as interface tweaks. The refresh also included support for the microtuning feature previously exclusive to Minilogue XD, as well as additional options for MIDI filtering.

The Minilogue remains a popular offering from Korg’s catalogue, being one of the five of the most-watched analogue synths on online marketplace Reverb.com’s platform last year next to the Arturia MatrixBrute Noir, Behringer Crave, Nord Electro 6D 61 and Korg Prologue. The approachable design and wallet-friendly price of the Minilogue, as well as its portable size and performance features are only some of the features that have made the synthesizer such a desired device, with various iterations of the Minilogue garnering praise from MusicTech.

More information on the limited edition Minilogue Bass is available at Korg.com.