Brb, capturing the tonal balance of the drums in Toto’s Africa. 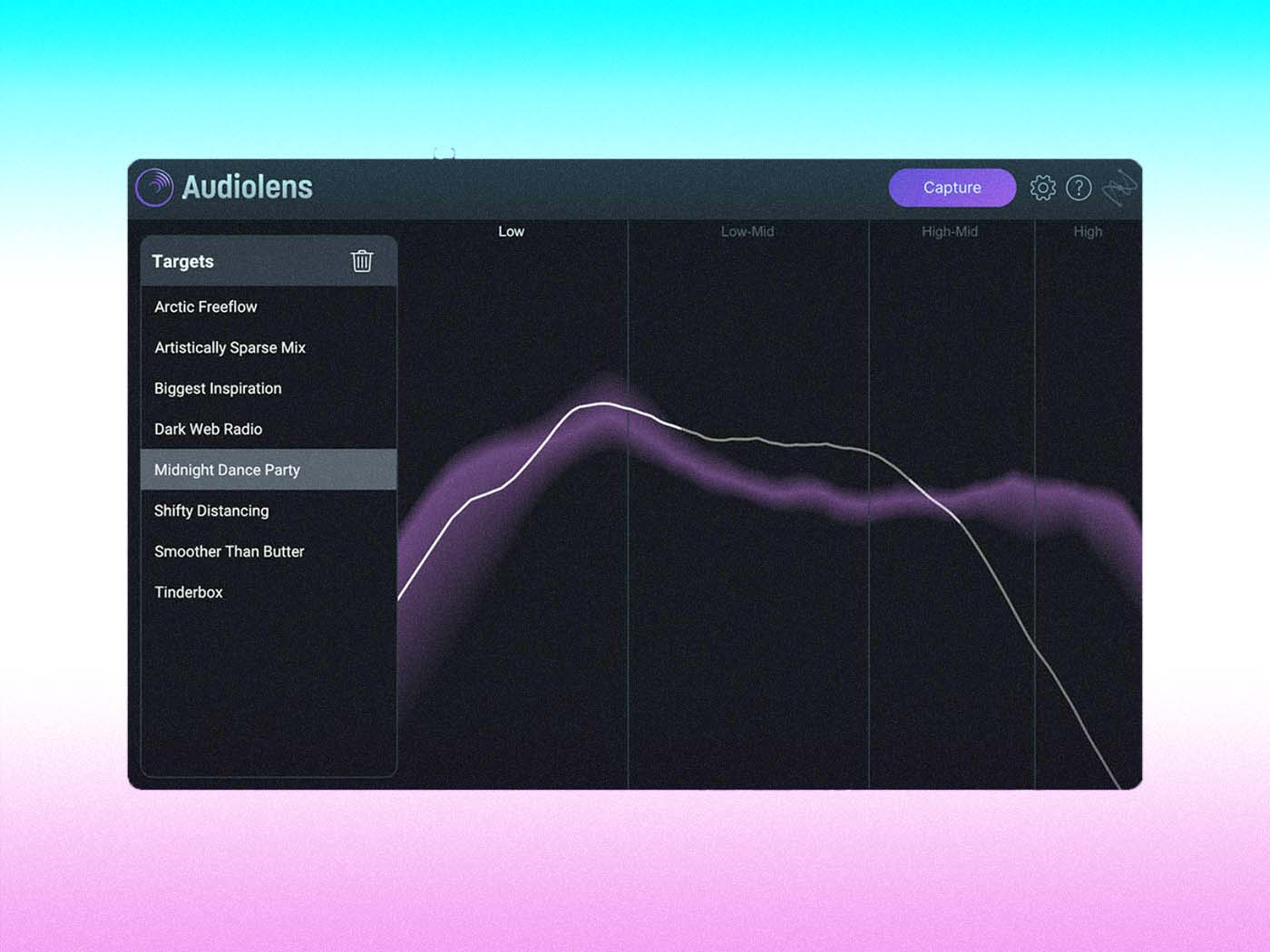 iZotope has unveiled Audiolens, a free desktop app which will make it easier to create music that sounds like your favourite tracks, using AI-powered assistance to adjust tonal balance, width, and dynamics.

Audiolens will seemingly integrate with iZotope’s Ozone 10 and Neutron 4 plugins, without the need to download any files, and will analyse audio from any streaming platform or audio source.

According to iZotope, setting up Audiolens is a fairly easy process. You simply play the song for at least eight seconds, hit Capture in the software, and it will start analysing the audio characteristics.

You can then name the track referencing profile and save it, with it becoming immediately available in Ozone and Neutron. The saved track can either be used to compare against your own mixes, or can be used in the mixes themselves.

This news comes a few weeks after iZotope announced they were discontinuing Iris 2, BreakTweaker and Trash 2 plug ins, making way for new products that are being developed.

Announced on 27 October, iZotope confirmed that the three products have been taken off the website and are now permanently discontinued, although the software will still be fully operational for those who have already purchased it.

Additionally, iZotope has evidently set its focus on the long-awaited audio mastering software, Ozone 10. This was released back in September, which has been said to emphasise high-speed functionality and provide a ‘professional-sounding’ master. The release of Audiolens can be seen to build upon the uses of Ozone 10.

iZotope’s Audiolens is currently free to download if you have an iZotope account, but only until 22 November where you will need to pay for it.

To find out more about Audiolens, you can visit iZotope.com.