iZotope Neutron 4 review: An all-in-one channel strip with AI assistants and an array of new features

iZotope’s mixing suite gets a long-awaited update with a new module, new features and a more streamlined mixing Assistant, but was it worth the wait? 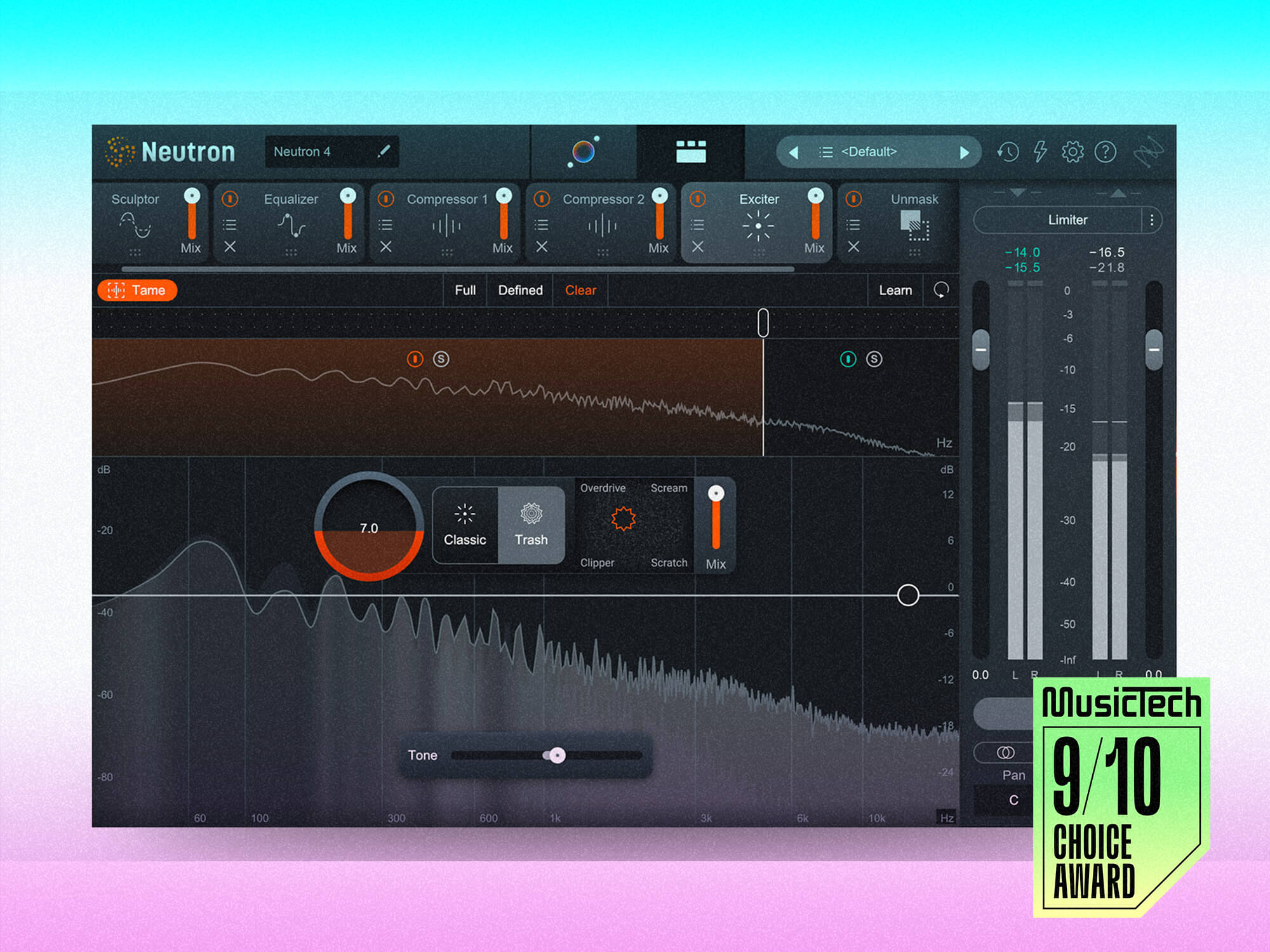 Neutron was first released in 2016, and it saw two major updates in the space of two and half years. Now, after a three year hiatus, iZotope has finally released version 4 of its intelligent channel strip mixing plug-in. It features an improved mixing Assistant alongside a number of additional tweaks and new features. But has it been worth the wait? Although the AI mixing is still a little hit and miss and there are a few missed opportunities, it’s a decent upgrade and remains a powerful all-in-one mixing tool.

Where previously there were Elements and Advanced versions of Neutron, this time there’s just the one package. It includes the mothership plug-in that houses the mixing assistant and all modules in one place. You also get separate plug-ins for the Equalizer, Compressor, Exciter, Gate, Sculptor, and Transient Shaper, plus the new Unmask plug-in, the Tonal Balance Control, Visual Mixer and Relay plug-ins. Although we might reach for other products if we require more analogue-sounding processing, it’s a comprehensive package that can fulfil most of your audio mixing needs. The fundamental elements remain the same and you get flexible and easy to use multiband processors, with excellent visual feedback to aid with your mixing decisions. Although it doesn’t see any upgrades here, the multiband Transient Shaper module is still an often used tool that deserves an extra shout out.

If you’d like more info on some of these older tools, you can read our full thoughts on Neutron 3 here. For this review though, we’ll concentrate on the new features. One of the main updates is the improved mixing Assistant that has a new Assistant view. For those that haven’t come across it before, Neutron’s mix Assistant will listen to a channel of your audio and then make adjustments to various settings to give you a preset starting point. Previously, you would select the instrument and intensity of processing before running the Assistant, but now it’s a single button that starts the process and works out what the source material is using machine learning. We found it was mostly correct, although we occasionally had to switch it to a different instrument in the list once it was done.

You’re then presented with several global macro controls for making broad changes, which are linked to parameters in the various modules. iZotope calls these Intent Controls and it includes Tone Match, Punch, Distort and Width. The most striking here is the Tone Match section in the middle, which shows the intended frequency shape of the selected instrument as an orange region, and the actual output frequency as a thin line. A single slider at the top controls the amount that your signal is matched, and it is linked to an Assistant Pre-EQ (essentially a Match EQ) slider in the Sculptor module, and also the Sculptor amount. At higher levels, this will pull the frequency shape of your audio closer towards that of the target. This is a superb way to make quick tonal changes that can massage your tracks into a more pleasing sounding shape.

It’s a bit of a shame though that, after a three year wait, iZotope hasn’t expanded on the instrument list to make it more flexible and targeted. For example, to only have one kick preset is very limiting, as you’re not going to want to EQ a rock kick the same as a booming 808. Thankfully, you can now import your own audio, and Neutron will use that as a tonal blueprint. This is arguably one of the most exciting additions, as it allows you to go beyond more traditional and static match EQ tricks, and to use the Sculptor module to dynamically mould your track into the shape of your preferred chosen target.

Elsewhere on Assistant View, there’s a new Punch mode in the Compressor module. It’s a compression and expansion effect that has no threshold so works on both quiet and loud signals. You raise the amount up to add some hefty expansion to your transients, and pull it down to reduce the dynamic range, with additional attack and sustain controls to fine tune the shape. It’s been well-calibrated to get effective results without needing much tweaking, and the fact that it’s multiband in the module itself means you can target some quite specific parts of your audio. We had some great results on a drum buss, giving more transient definition to the hi-hats, whilst taming a poky snare and giving the mids a thicker sound. It’s also a useful alternative to using the Transient Shaper, as it targets different parts of the transient and tail. In addition to this, the Compressor module has a new Oscilloscope view, which is a nice way to visualise what the processing is doing to the waveform, and could even be used outside of Neutron as a useful metering tool.

The next section is Distort, which gives you drive Amount and Tone controls, plus an XY pad to move between different harmonic profiles in the Exciter module. The previous four subtle saturation types have been joined by four new brutal distortion types taken from iZotope’s Trash plug-in. These are Clipper, Overdrive, Scream and Scratch, and they sound absolutely savage when pushed to extremes. You might not call upon them for most mixing tasks, but it’s nice to have additional flavours and sound design options. There’s also a Tame button that makes the distortion hug the audio a bit more and retain its overall dynamic shape, which could be useful on things like dynamic vocal performances, but it destroys the transients on drums and percussive sounds. This does mean, however, that it could be quite an interesting effect for pushing sounds or parallel distortion further back in the mix.

The final part of the Assistant View is Width, which links to the main width control on the plug-ins output and can widen or narrow the signal. All the controls together give a quick flavour of the presented preset and let you make broad tweaks before toggling back to the main edit view where you can make more detailed refinements. It’s a quick and smooth workflow that should ease users into tweaking their tracks. As with previous versions of the mix Assistant, we found the results are sometimes a bit too bright up top, with too much reduction in the low-mids. Ultimately, Neutron can’t know how you want your mix to sound, or how the instrument in question relates to the other parts of the track, so you’ll probably end up spending a fair bit of time tweaking. The ability to load your own target does go a little way to helping this though.

The new Unmask module rounds off the package, and utilises spectral shaping and masking meter technology to identify areas between two tracks that occupy the same frequency range. You feed in an external signal via the sidechain input, and when a conflict is detected, it dynamically ducks it using spectral shaping. The spectrum is split into 32 bands, so the results are much more transparent than using traditional sidechain compression techniques. There are controls for Amount, Sensitivity (which is essentially a threshold), and Attack and Release, plus Range Selectors to ignore the lows and highs if required. When used subtly, it’s a fantastic tool for tasks such as carving out space for a vocal on an instrument bus.

We haven’t delved into all of Neutron’s details as they’ve been covered before and it’s such an extensive suite that this review would end up twice as long. Other notable things that should be mentioned though are that there’s native Apple Silicon support and improved performance overall, plus the Balance Assistant has now been moved to the Visual Mixer plug-in. Speaking of which, we’re saddened to see that there’s still no mute or solo buttons in the Visual Mixer, which would make it much easier to use when switching focus between tracks.

To sum up then, although the general workflow has improved with the AI mixing Assistant, the results haven’t changed a great deal since the last version and it’s still a little hit and miss. However, the new features make Neutron 4 an even more powerful, flexible and accessible tool kit for mixing duties, so even without the AI bits, it still comes highly recommended. 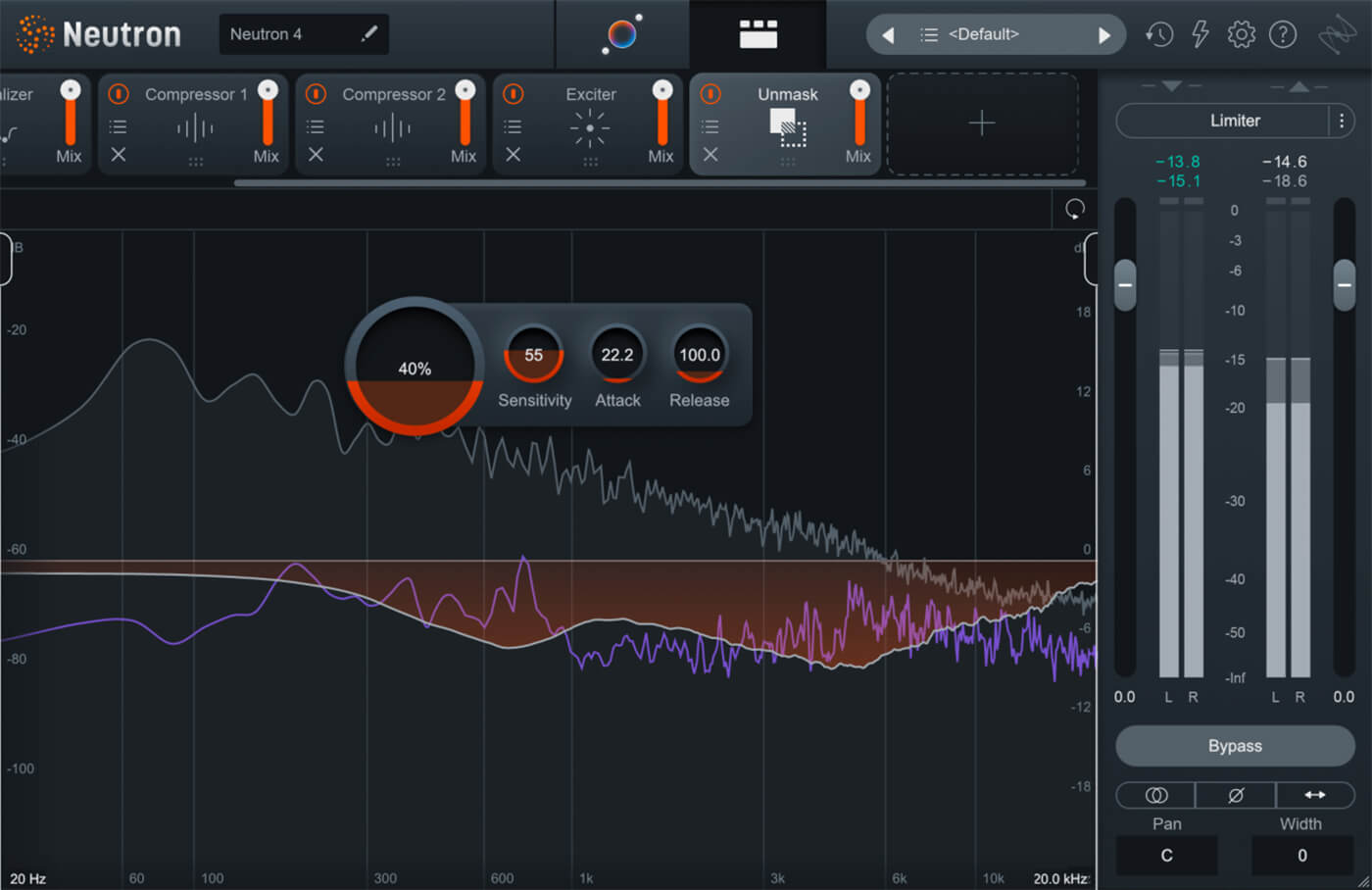