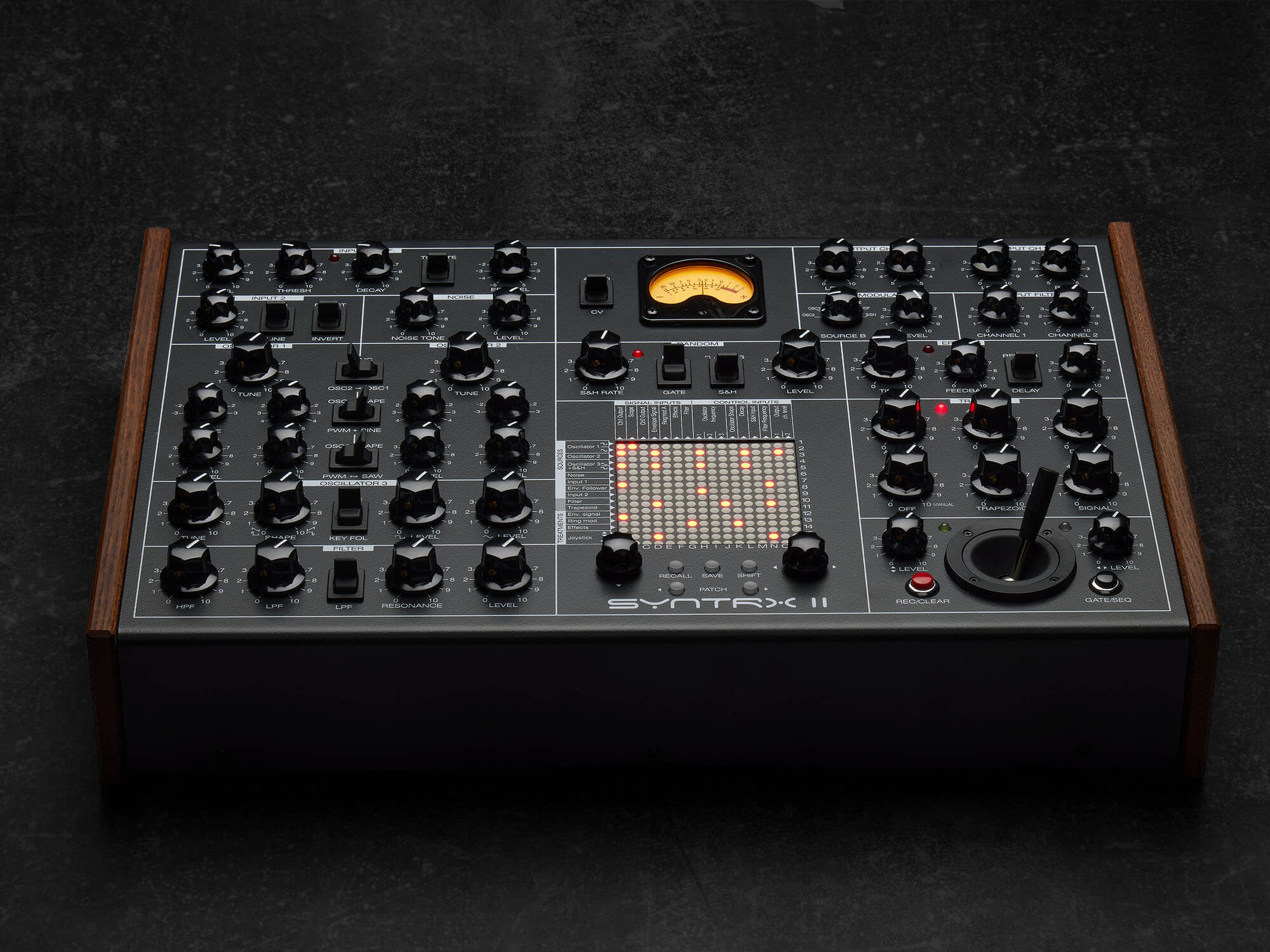 Latvian instrument manufacturer Erica Synths has launched the sequel to its SYNTRX synthesizer, the SYNTRX II.

In its press release, Erica Synths says that the SYNTRX II is built on “lessons learned” from its predecessor, which we awarded a 9/10 in our review. “We decided to create an instrument that would integrate even deeper into contemporary electronic and experimental music setups,” says the company.

Then there’s a third modulation oscillator with 1V/oct tracking and variable waveforms. There are also high-pass and low-pass filters, a ring modulator with a range of sources, and a final stage of effects.

The new effects section, consisting of a reverb and a delay, has been built in collaboration with dutch company 112db. These can be controlled by an expressive and recordable joystick, keeping things retro for good measure. There are also two inputs to connect external instruments and generate CV control for any modules on the unit, including a gate effect on the whole synth.

While the original SYNTRX was a more faithful recreation of the EMS Synthi synthesizers that were built in the 1970s, this new version is a completely different instrument, says Erica Synths. That’s thanks to its sleek, black, transformed interface that provides more room for experimentation in modern electronic music production setups.

The brand has removed two speakers that were on the original model to make way for more modules and switches with easier-to-read labels. SYNTRX II now has waveform animation, which was absent on the original. In the centre of the unit, as with the first, there is an analogue patch matrix with three attenuation levels in each patch point. There’s also a new piano roll sequencer and two stepper modulation sources.

SYNTRX II by Erica Synths is available to buy for $2,278. Find out more information at ericasynths.lv.