The new debuts will also feature alongside news of the long-awaited Perkons HD-01 drum machine, which is finally available to pre-order. 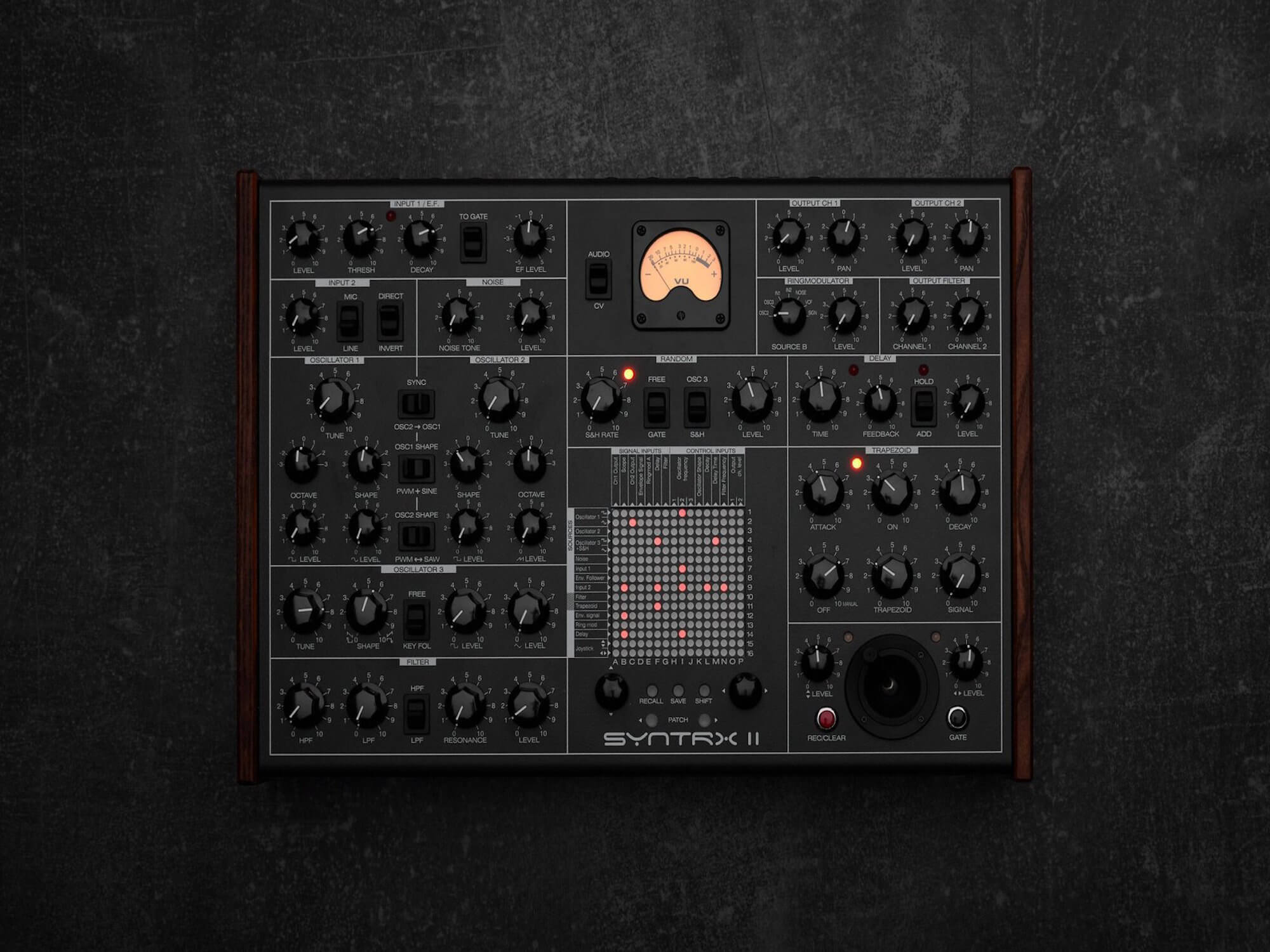 The most highly awaited of the two announcements is the Syntrx II. Taking inspiration from the original Synthi AKS synth, Erica Synths considers the new development not to be a direct clone of the initial design, but instead a “reimagination”.

Following the development of its initial Syntrx in 2020, the company is said to have modified the new design as an improvement on its predecessor, stating that the Syntrx II will represent “the culmination of Erica Synths’ analogue sound design circuits”.

Features of the all-analogue synthesizer include a ring modulator, a multimode filter, two main oscillators with waveshapers and a recordable joystick modulator. In addition, a built-in piano roll sequencer and external instrument inputs with an envelope follower will also come as part of the Syntrx II, alongside the obligatory matrix mixer and an effects section that runs on a new DSP platform.

Available in summer this year, the Syntrx II is priced at €1,800.

The second of the two launches set to hit Superbooth 2022 is the new LXR Eurorack Module – a digital drum module that can also work as a source of bass sounds.

Incorporating a combined total of six percussion voices, each of which has over 30 adjustable parameters and an insert effects section, three of these can create sounds ideal for basslines. In addition, the drum box is inspired by the sound engine from Erica Synths’ LXR-02 drum machine, but now incorporates assignable CV control over parameters.

Similar to the Syntrx II, the LXR Eurorack Module will also be available during the summer of 2022, with the price currently listed as €410.

The list of positive news from Erica Synths doesn’t stop there. In line with the two latest releases set to be unveiled at this year’s Superbooth, the brand has also confirmed that the previously-delayed Perkons HD-01 drum machine is finally available for pre-order.

Eagerly anticipated following news of its arrival last year, component shortages forced the company to halt production, however, for those who are looking to buy the device, Erica Synths have now confirmed that the Perkons HD-01 is now available for pre-order, priced at €1,650 and ready to ship from July.

Further information on all three products can be found on the Erica Synths website.