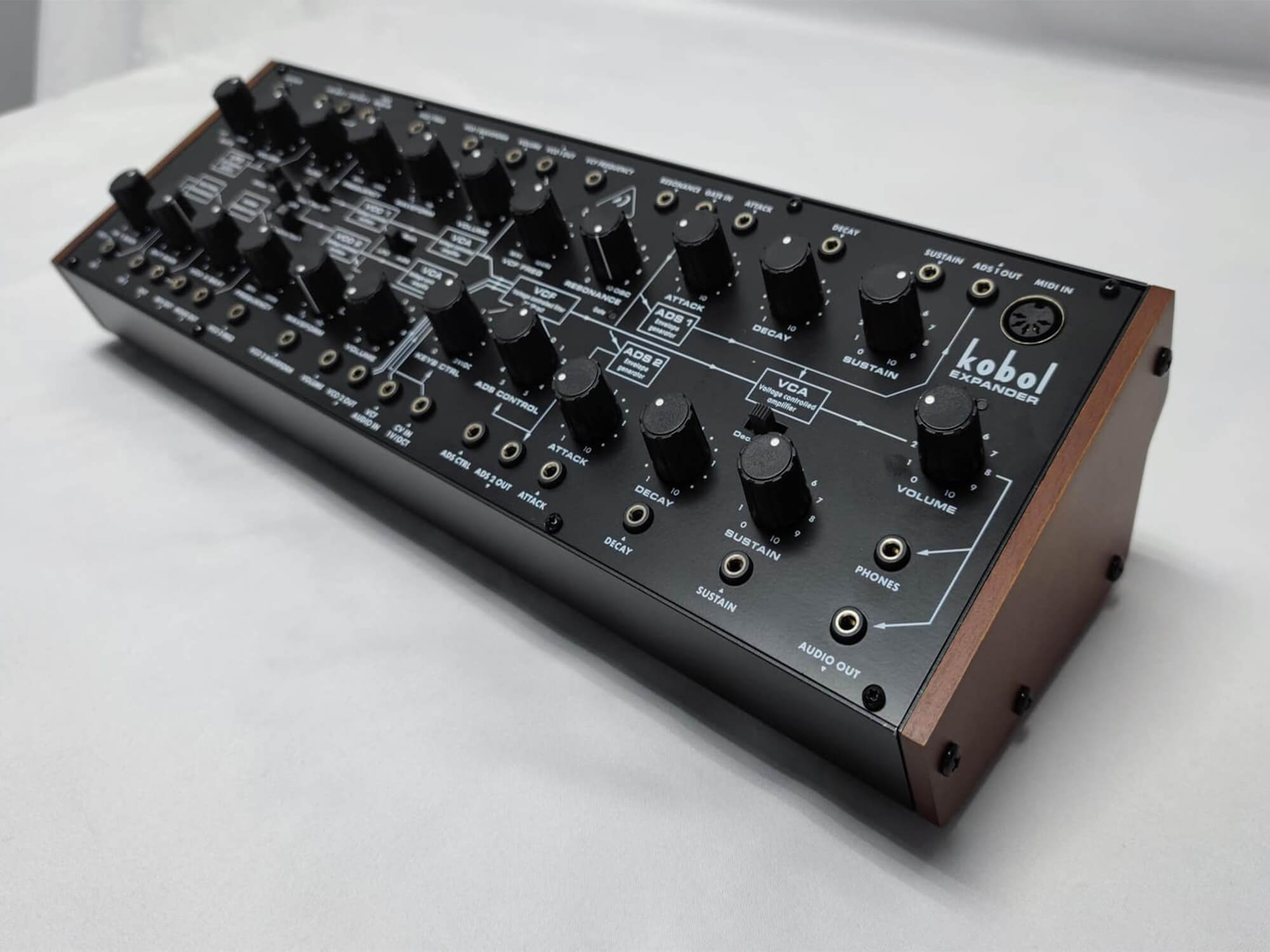 German manufacturer Behringer has teased its rendition of the Kobol Expander Synthesiser on Facebook. Originally released in 1979, this time it comes in a module format with a MIDI socket on the front panel.

It’s unclear as to which original version of the Expander Behringer is producing, with the potential of the Expander I or II. Fans are arguing the latter would be more welcome, with its ring modulation, sample-and-hold, and envelope followers as well as extra VCA and LFO modules.

One user asked if they’re no longer making the keyboard version of the Kobol Expander in the comments to which Behringer replied with their subtle flex, “How about both?”, which might mean a potential dual release of both replicas could be in store for us.

In use, the original release of the Kobol Expander gave sounds that were futuristic at the time, with sounds more typical within the 80s. It could provide lo-fi, synth basslines with punchy and staccato, space-age beats.

Original versions were said to have been inspired by the Moog Minimoog and were allegedly used by notable artists such as Depeche Mode, Peter Gabriel and Hans Zimmer.

In March 2022, chip shortages at Behringer were worsened by the shut down of its Ukraine-based factories, which could impact the rate of release this year. However, Behringer stated it had invested in a chip manufacturing plant based in Ohio, USA, which should alleviate the pressure of shortages by 2023.

In a Facebook post, it wrote, “With COVID-19 came disruption of [supply chains], but also a vast increase in demand for consumer electronic devices, which triggered many large companies such as Intel, Samsung and TMC to invest hundreds of billions into new chip plants.”

A release date and price point for the Kobol are yet to be announced.