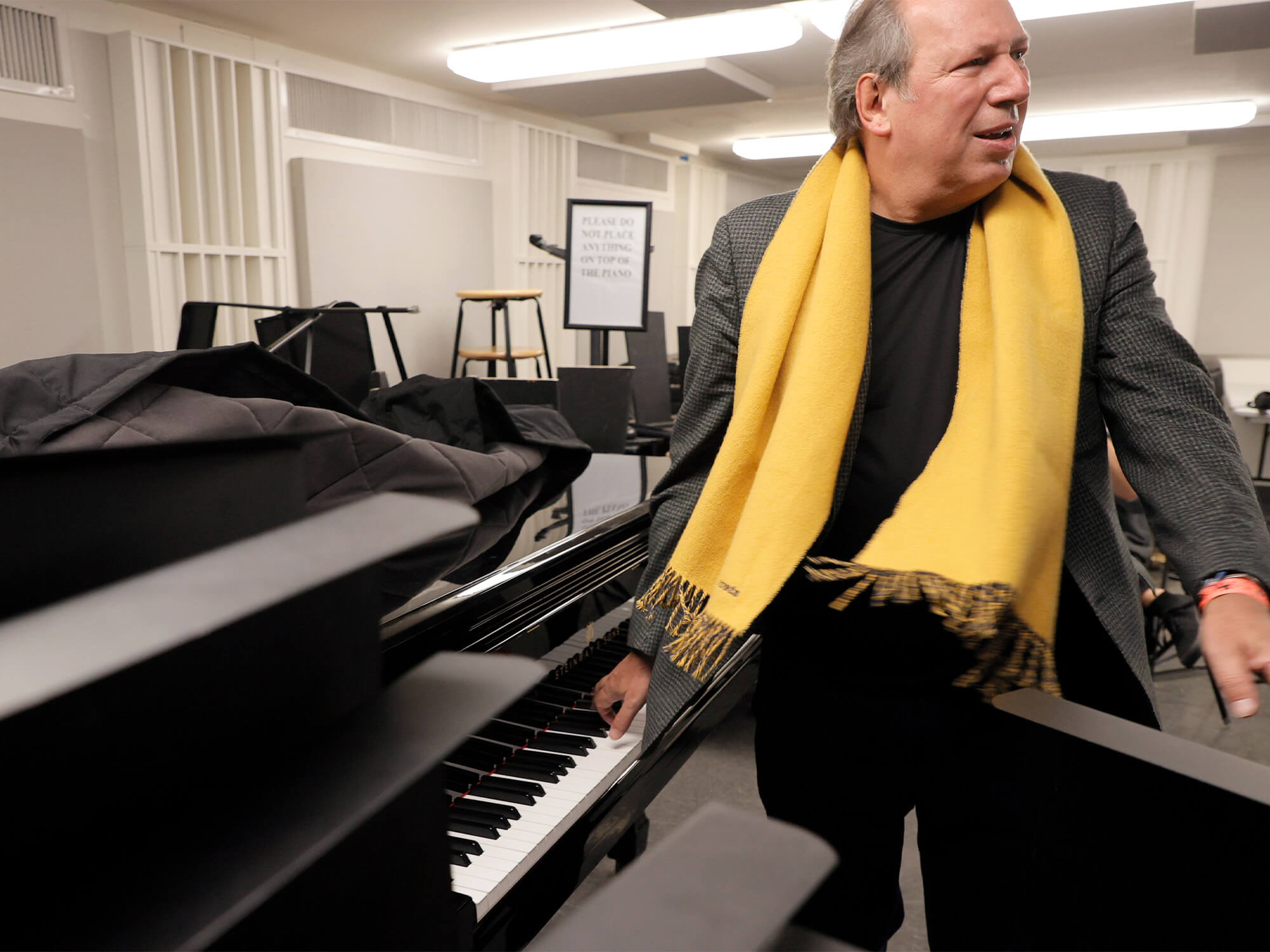 Hans Zimmer has offered a detailed explanation of his soundtrack for Dune, which picked up Best Original Score at the 2022 Oscars.

The composer’s highly innovative approach to the score boiled down to the idea of inventing instruments and sounds that don’t exist – at least on our planet.

To shape the dark, metallic atmosphere of the film, Zimmer worked with Chas Smith, a sculptor whose creations were meant to be struck, bowed and manipulated in a multitude of ways.

“[Chas] basically built himself, in Northern California, a house which is a musical instrument,” Zimmer told Vanity Fair. “[It offered] a lot of those [sounds] of metal being excited in unconventional ways.”

Zimmer also discussed the creation of the Sardauker chant, which matched Tuvan throat singing methods with a constructed language and some clever dynamics processing.

“If you use a compressor; if you overuse it, it feels like you’re slamming your head against the door frame: you’ll take a while to recover,” Zimmer explained. “By taking each syllable apart, stretching it out and leaving gaps, I could then go and slam every syllable and make [each one] sound incredibly dangerous and violent”

Other highlights from the composer’s interview with Vanity Fair include demonstrations from vocalist Loire Cotler, whose rhythmic approach gave the film its signature heartbeat, and flautist Pedro Eustache, who incorporated PVC pipes with duduks to create sounds inspired by wind.

Watch the full interview below:

Zimmer is set to score Dune’s conclusive second instalment, which is slated to enter pre-production next week. Denis Villeneuve told ET Canada that it would be the “biggest challenge of his career”.