Will this be a teaser that amounts to vaporware? 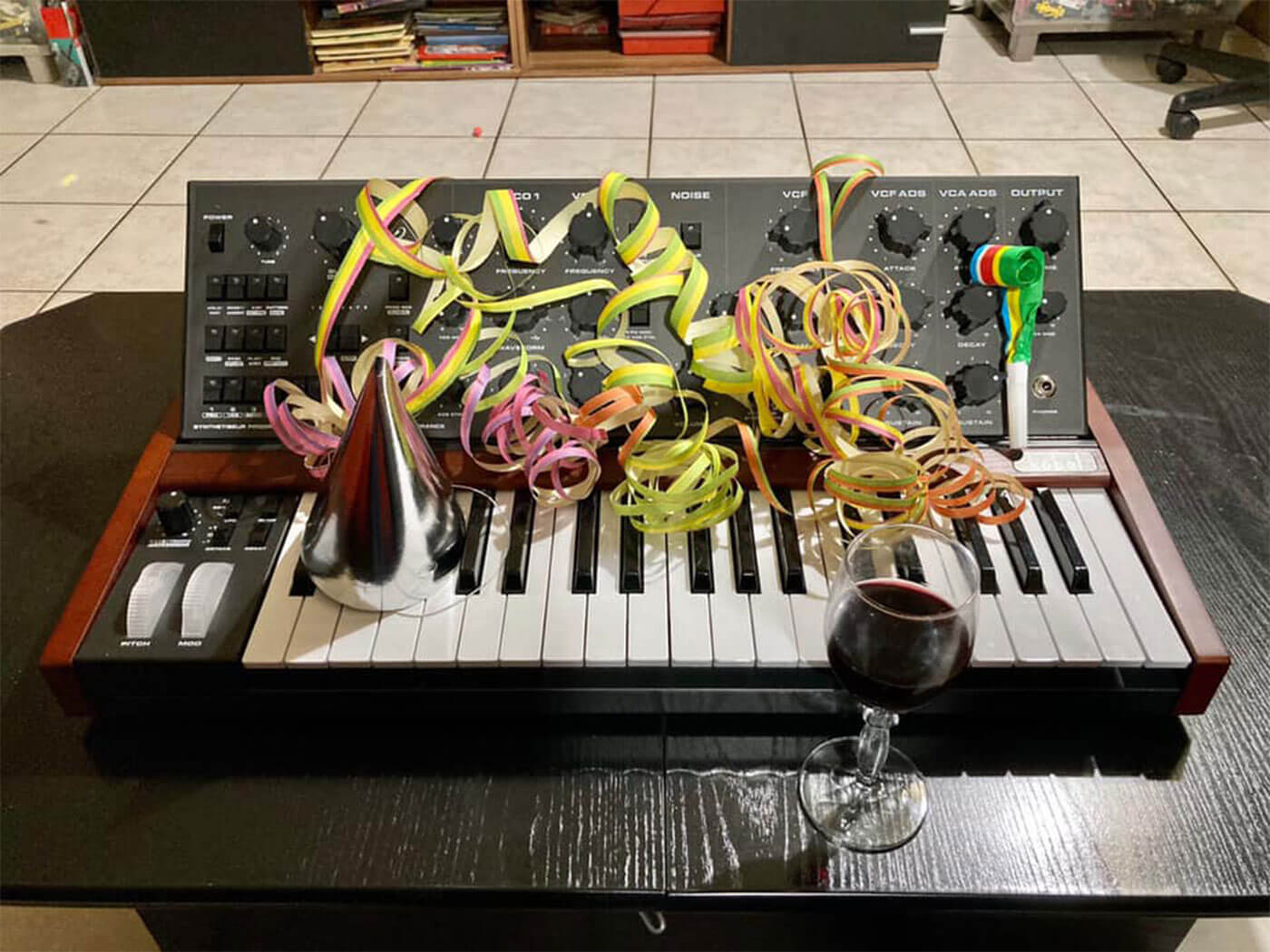 In celebration of the New Year, Behringer teases its social media audiences with a new hardware synth that is seemingly based on the RSF Kobol monosynth.

Uli Behringer’s company is notorious for its recreations of sought-after analogue synths, with popular releases including the Poly D, MonoPoly and TD-3. This time, however, Behringer has unveiled a synth that’s a little more niche.

We from Behringer wish you a very Happy New Year! Please stay safe!P.S. This is a prototype only and we don’t have a delivery date yet.

Released as a keyboard in 1978, the RSF Kobol is a monophonic analogue synth that was inspired by the Moog Minimoog. There were only 200 keyboard units released, although 800 of the rack units were made, according to Vintage Synth Explorer. The RSF Kobol featured two VCOs, a built-in sequencer and 16 memory slots for saving presets. An Expander II edition of the synth packed in ring modulation, Sample and Hold, noise generator and an envelope follower.

Judging by the prototype, Behringer has stayed rather true to the original, with a few extra bells and whistles to bring it into 2021. The compact design is similar to the brand’s Poly D and MonoPoly synths, with a hinged module panel.

It’s not unusual for Behringer to tease music-makers with their planned projects months – sometimes years – before their confirmed release date. Customers have been waiting anxiously for the UB-Xa announced back in 2018. Producers are also waiting on the RD-9, inspired by the TR-909 – it’s last progress update was in September 2020. Its take on a Sequential Prophet-600 was also announced in September with a target date for January 2021; will customers be left waiting for this synth, too?

The RSF Kobol is a unique synth to bring back to life and is a good chance for people to get a taste of a rare artefact. But would it be better if the brand ceased to tease new concept products and finish the machines it has promised its customers? Or, indeed, spend more time innovating new products rather than remaking ones already available to us?

Behringer acknowledged its teaser approach to marketing in a follow-up post, stating: “we simply love to share the development process”. Some commenters say they enjoy being part of the production process, while others ask for updates on product release dates.

Powering up a prototype is always the biggest fun when designing a new product. This is a new board from one of your…