From unusual mics through to keyboards, here’s a run-down of the best gear from Summer NAMM 2019. 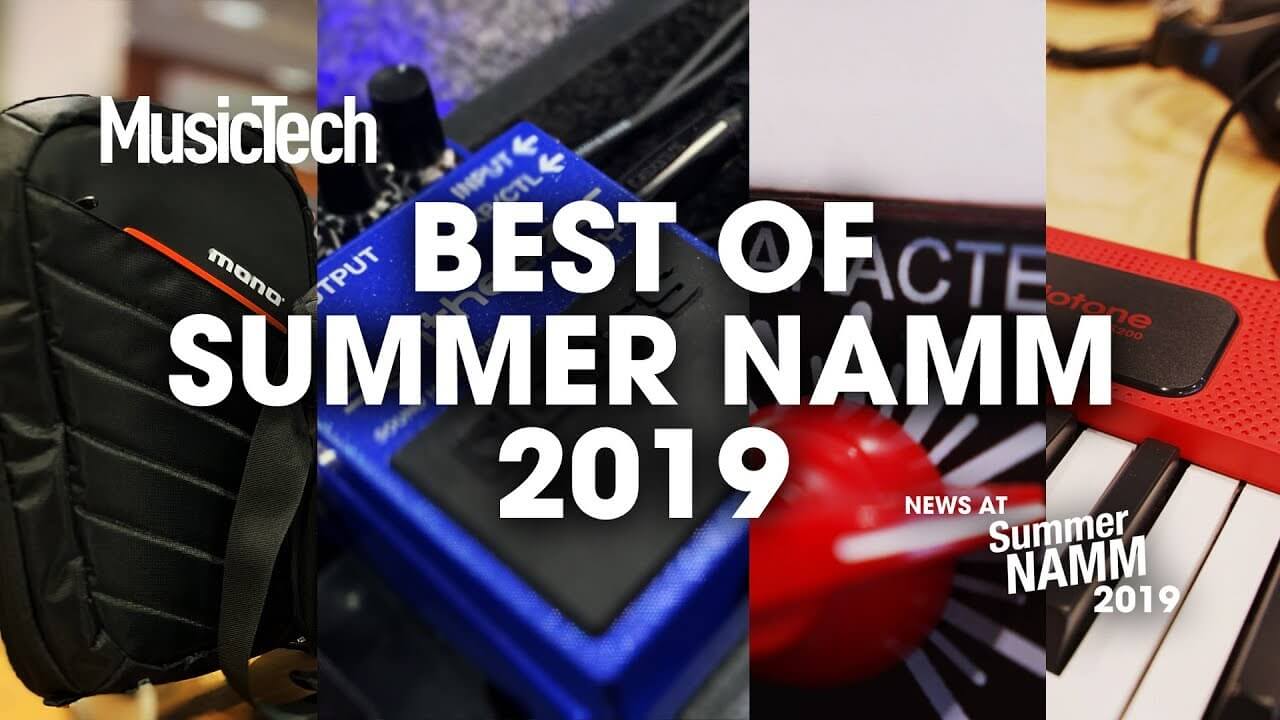 Summer NAMM is an interesting show from a music technology perspective because there are so many smaller, boutique pro audio brands in attendance. With Nashville’s vibrant recording studio scene, this is a perfect location for them to show off their latest gear to the recording engineers and producers the products are made for. But it’s not just smaller brands at the show – big hitters like Casio and Eventide were also in attendance and launching new gear.

Here’s our round-up of the best gear of the show, from budget keyboard/controllers to high-end esoteric recording gear.

The company best known for the LoFreq has set its sights on guitar recording with the MidFreq. This design also uses a speaker as a mic diaphragm – but this time, the frequency response is tailored to the lower registers of a guitar. Hear it blended with an SM57 in our video demo for an idea of the extra sonic depth it can provide.

The latest stompbox from Boss promises to turn guitars into synths. The SY-1 is designed for simplicity and gives you access to 121 different synth sounds.

Casio has revived the Casiotone series of keyboards with three new models including the LK-250 with light-up keys. This becomes a powerful keyboard learning tool when paired with the Chordana Play app which lets you turn any MIDI file into a play-along Guitar Hero-style lesson. It also has MIDI I/O so it can double as a keyboard controller.

Brand new Illinois pro audio brand M House Studios were using their 5020 Stereo FET Limiter to smash drums on the show floor in Nashville. Only two production units are currently in existence but one has already been used on The Raconteurs’ latest record Help Us Stranger mixed by Grammy-winning engineer Vance Powell.

MONO launched a brand new pair of bags for producers and DJs. The Alias backpack and Relay messenger bag are designed lightweight, robust and practical. As well as being made to carry laptops, tablet, controllers, headphones and other gear. Thoughtful features include hidden compartments and pass-through belts for securing your bag on top of your luggage when travelling.

This unique rack device is made to give your condenser mics more tonal flavours by delivering them a variable amount of phantom power. According to Eric Strouth, the man behind Locomotive, the effects can be quite unpredictable – ideal if you want more vibe in your recordings.

Eventide has launched three of its effects algorithms as plug-ins on iOS. Ranging in price from $10 to $20 apiece, the new series comprises Blackhole Reverb, UltraTap Delay and MicroPitch, the last of which is exclusive to iPad. All three of the plug-in are available in AUv3 plug-in format so they can be used in any compatible mobile DAW.