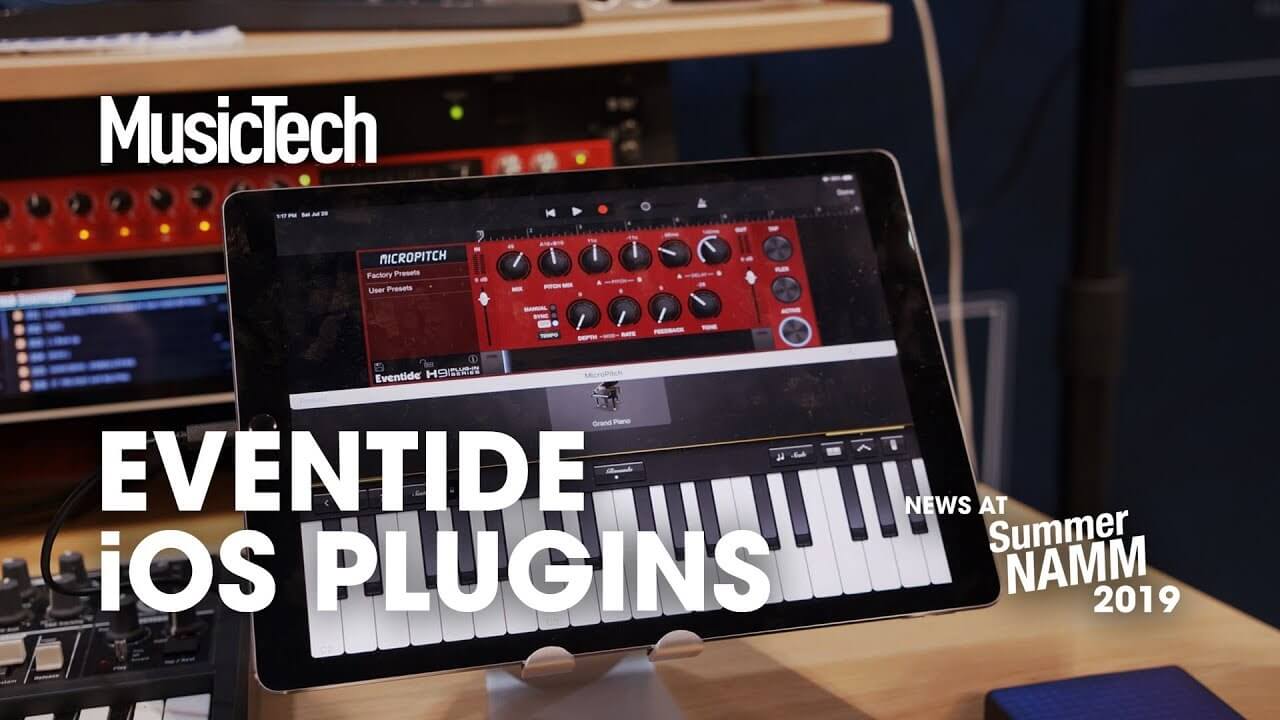 Effects expert Eventide has begun bringing its popular effects algorithms to iOS. All three of the plug-in are available in AUv3 plug-in format and can be used in any compatible DAW on the platform.

There are three plug-ins in the company’s new line-up: MicroPitch, Blackhole Reverb and UltraTap Delay. MicroPitch is significant for the fact that it is only currently available on Eventide’s H9 pedal and iOS, while the other two are also available as regular plug-ins for your desktop DAW of choice.

MicroPitch is described by the company as “a fine-resolution pitch shifter for subtle tone fattening” and clearly has its roots in the legendary H910 Harmonizer, as used by super-producer Tony Visconti on Bowie’s records of the 1970s.

Blackhole Reverb was made to create “abnormally large reverb” and is ideal for the eerie, being deployed for cavernous soundscapes in Ridley Scott’s Prometheus and the disturbing atmospheres of Blade Runner 2049.

UltraTap Delay has its origins in the H3000 studio processor but is also suited to sound designers. With presets that include auto-volume chopping and huge swells, through to multi-tap delays that give way to reverb, there’s a lot to dig into.

Finally, it’s worth noting that the iOS versions of these effects have inherited Eventide’s ‘Ribbon’ and ‘Hotswitch’ controls which allow you to create macros for changing multiple parameters at once with a single tap or swipe of the finger.

Microshift ($10), UltraTap Delay ($15) and Blackhole Reverb ($20) are all available now from the Apple App Store. For more information, visit eventideaudio.com. Get all the news from Summer NAMM 2019 here.