Ten pros show us the ropes on how to take your fledgling music career to the next level. 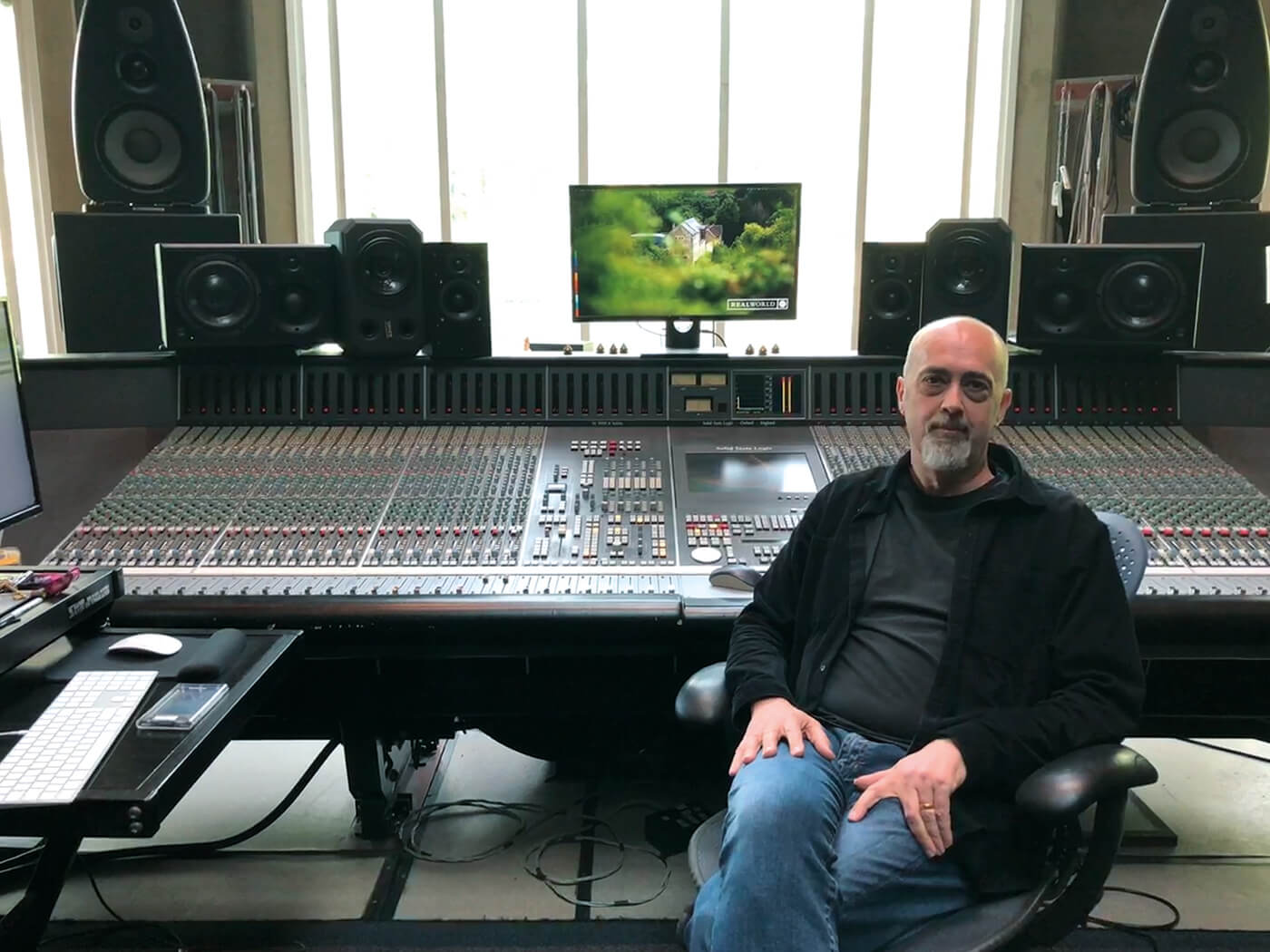 Steve worked with dance music icon Paul Oakenfold at Perfecto Records and was responsible for instigating the Madchester sound with Happy Mondays, as well as producing pivotal records for KT Tunstall, Placebo and Suede.

Top Tip “If I was 18 now, I’d go to BIMM or somewhere like that to learn as much as I could. Within the first two weeks, I’d learn how to use every single piece of gear in the studio and I would book the studio every day. I’d record every single other student and anyone who wanted to record anything. I’d be driving the lecturers mental with questions and saying: “Can you give me some stems to mix?” That was kind of my approach back when I was at Trident, just learning everything I could.”

Read our interview with Steve here and check out his studio here. 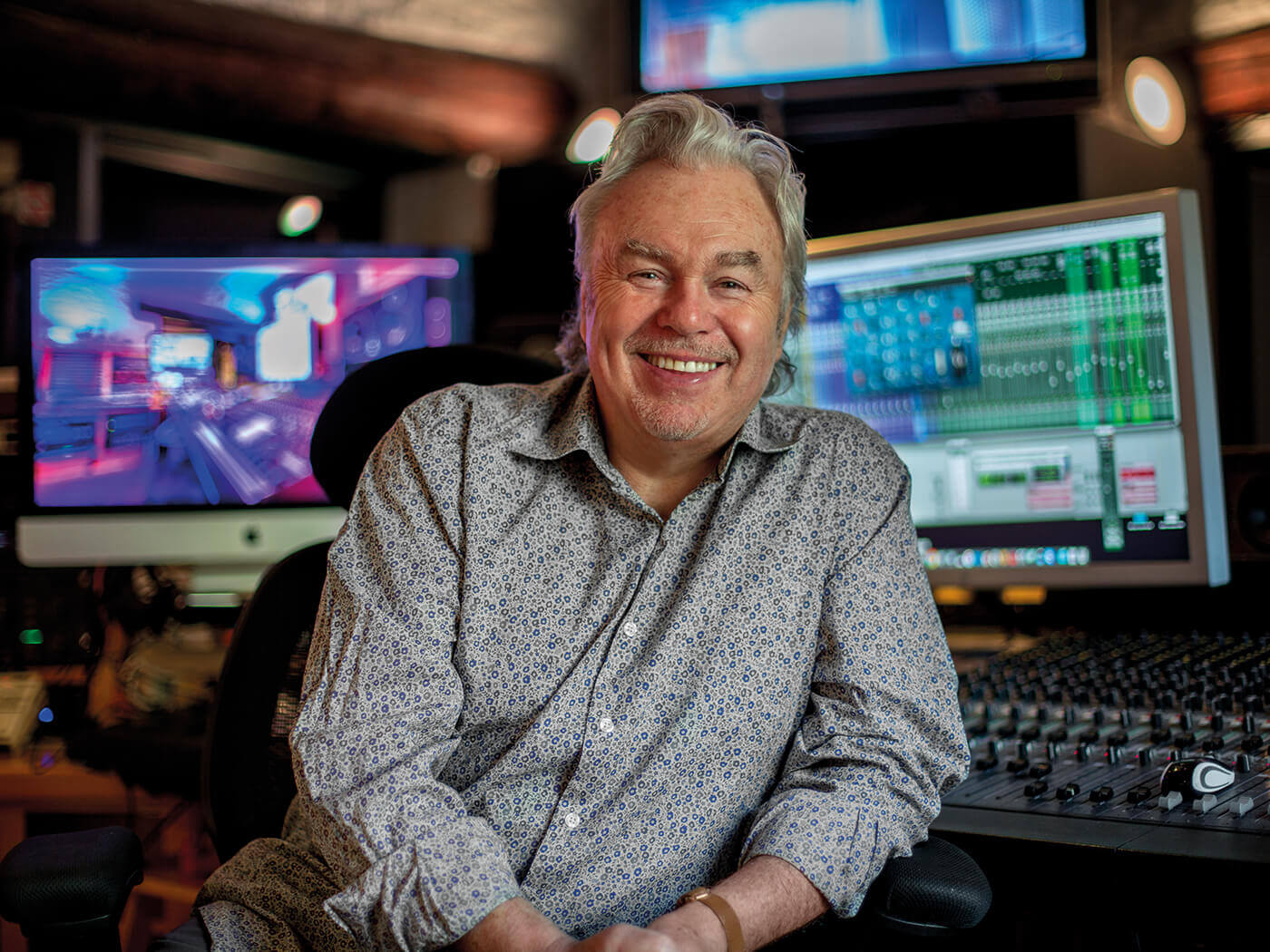 Gary has worked on an incredible array of projects; from defining the slick, mid-80s sound of Go West to producing the iconic work of ABC.

Top Tip “I’d try and get work in a studio, though, as you need to get in there and see how other people work, whether it be their minds – very important if you’re going to be a producer – or technique. The danger of just working alone in a bedroom studio, which of course can be amazing these days, is that you can be too inward-looking and not expand.”

Howard was on of synth-pop’s pioneering figures. Throughout the 80s, he utilised the best in analogue technology to produce a string of hit singles and albums. He was a regular in the UK singles charts and is still innovating today.

Top Tip “I think you have to realise that you are the only person driving your career and you have to take responsibility for every area, which includes finding amazing people to work with. It always boils down to how you interact with other people – who are essential to realising any ambitions you have – and to make sure that they enjoy the process as much as you.” 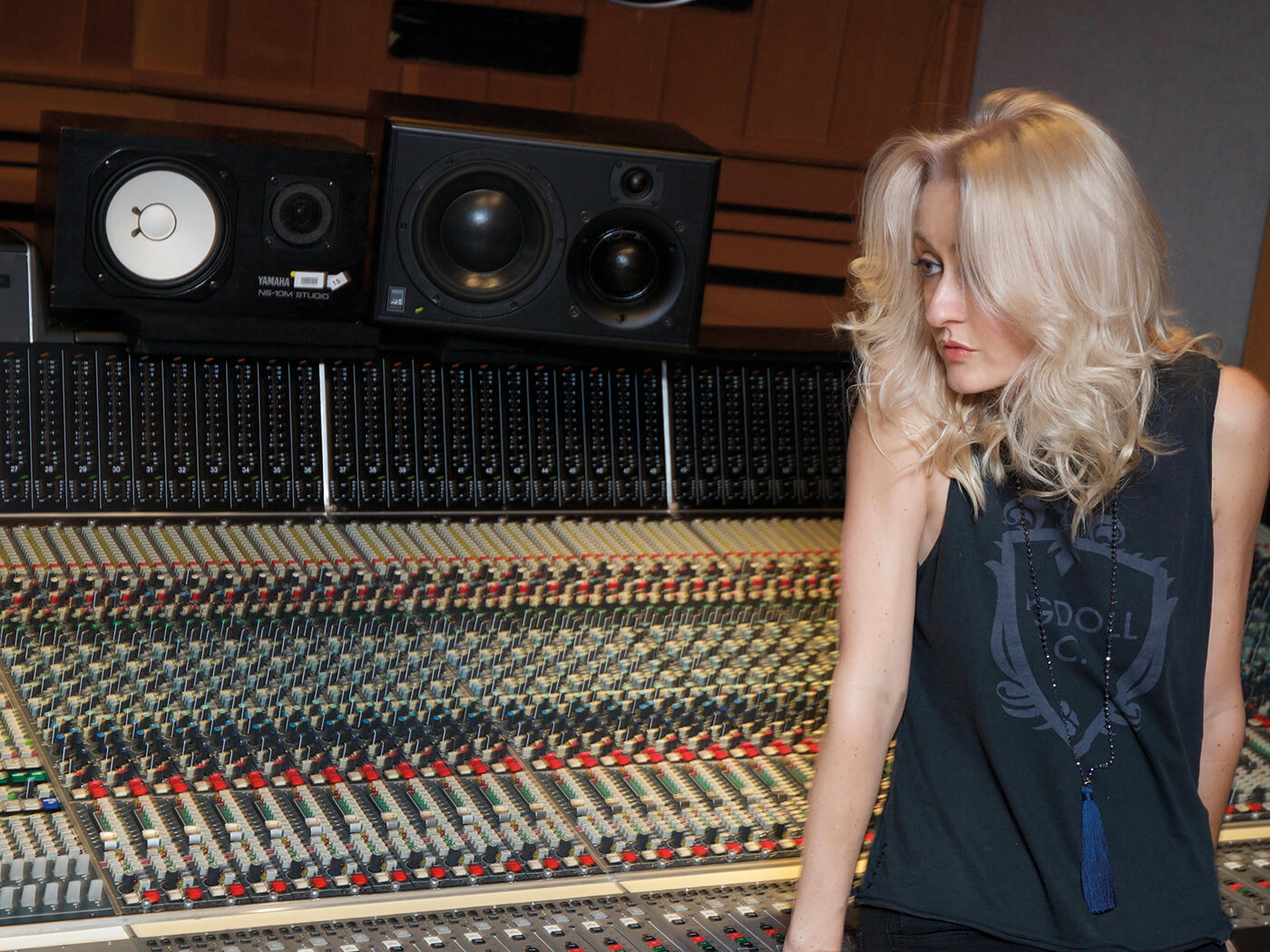 Composer, producer and Howling Music exec SJae has composed for Lethal Weapon, EMPIRE and The After Party.

Top Tip “For women getting into production, tenacity is the key. I know you don’t see versions of yourself represented out there – we are not getting hired to the same extent as our male counterparts – but that doesn’t mean it’s not an avenue for a woman. Keep your head down, focus, work hard and put in the hours, don’t let anyone tell you that you can’t do this.” 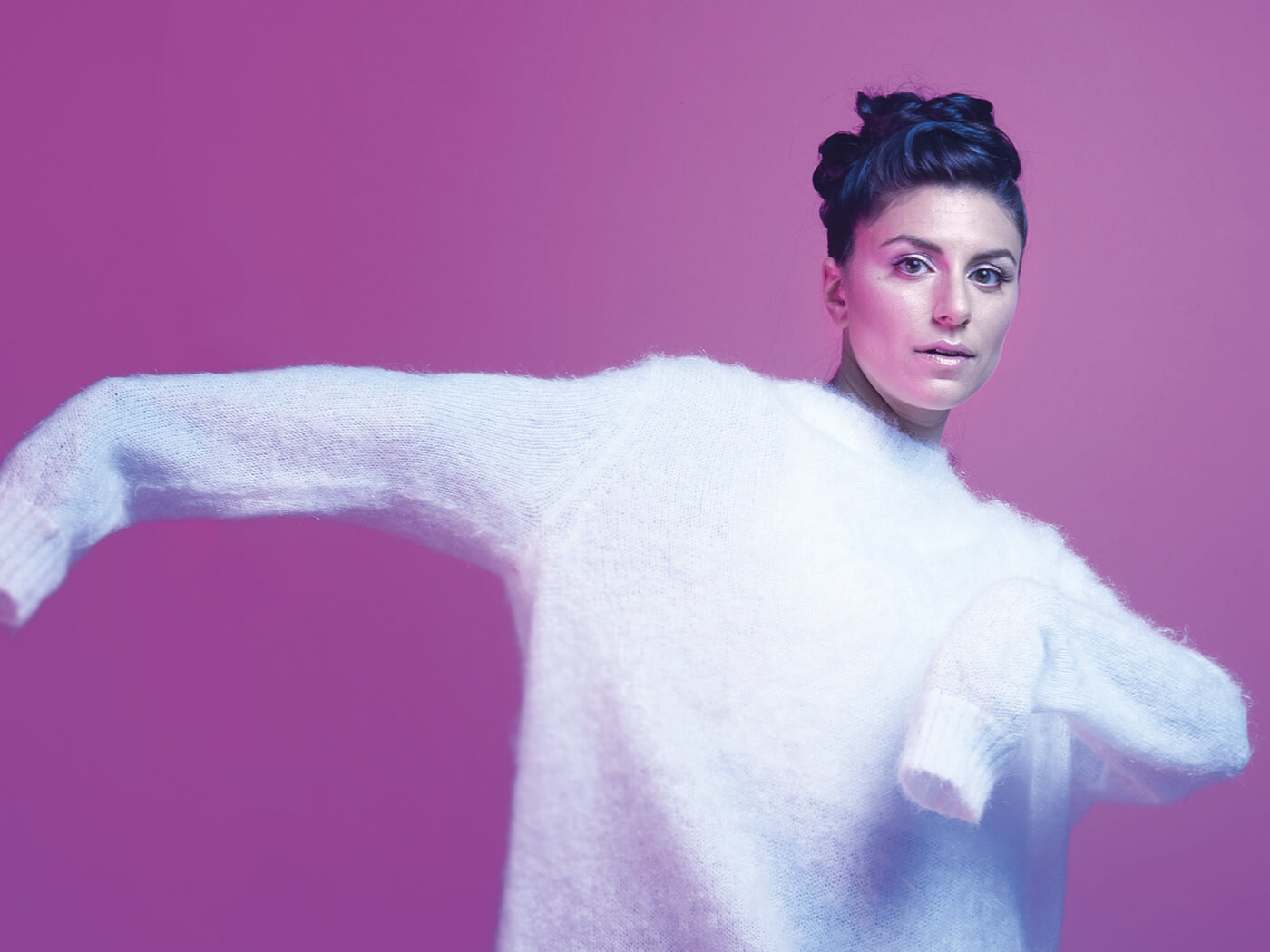 New York-based electronic musician KYOSi (aka Dani DiCiaccio) released her EP Negative Space in 2019, in which she channelled her frustrations with the various inequalities in society into some colourful and vital music.

Top Tip “Learn to deal with knockbacks and that ‘no’ really means ‘no… for now’. I learned that because I’d had a lot of setbacks and a lot of ‘nos’ working my way up. If you can, take the feedback and accept it, sift through that feedback and apply what resonates with you and what doesn’t. It will help make you a better artist. If a blog or venue or collaborator says no, then work harder to improve your music and go back to them.” 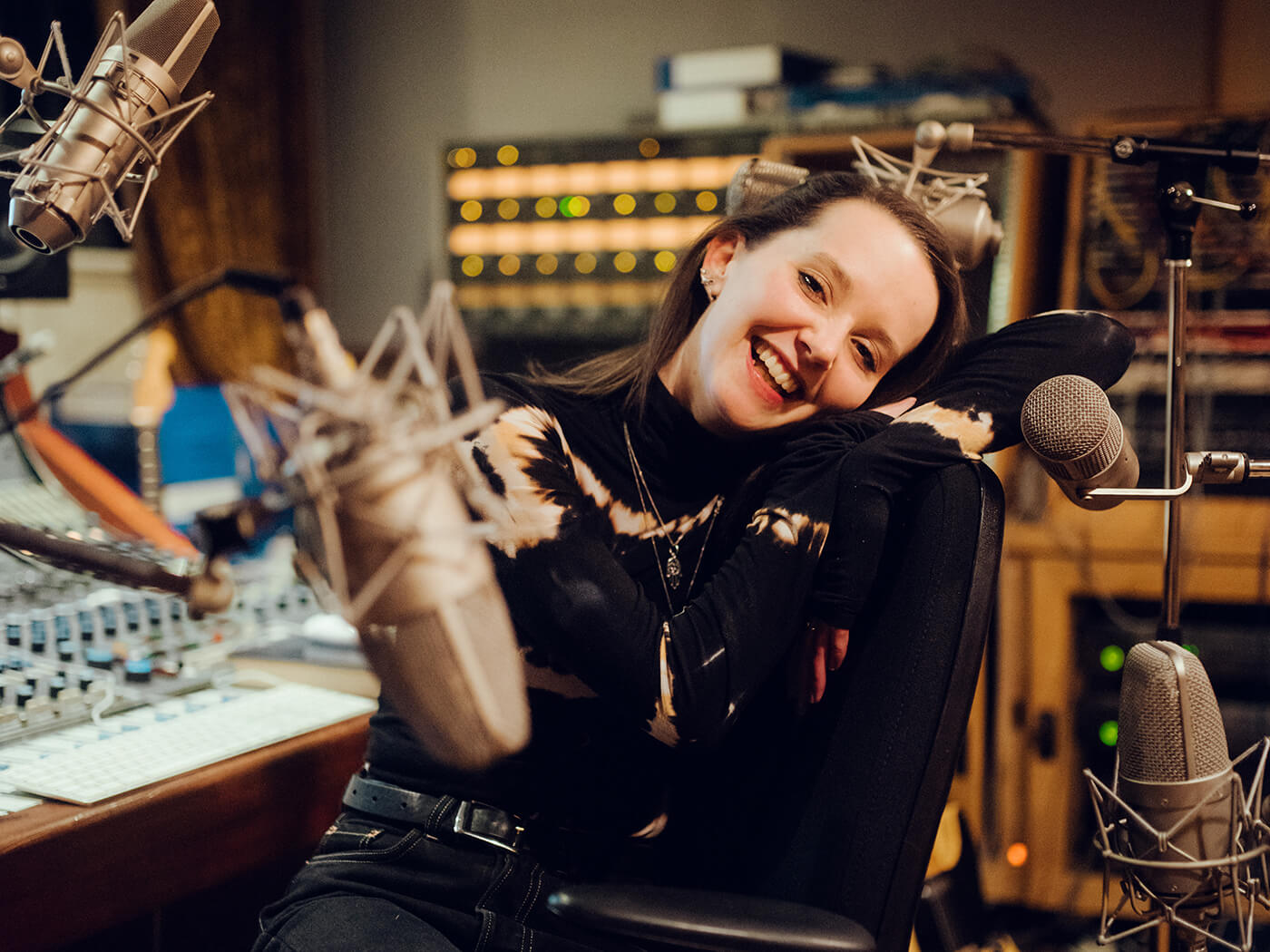 The recipient of the Breakthrough Engineer Of The Year gong at the MPG awards ceremony. Dani has worked with some of the music world’s rising stars, including The Amazons, Palace and Circa Waves, as well as Noel Gallagher.

Top Tip “I remember when I worked at Assault & Battery: When we had work experience people in, the ones that would stay would be the ones that emailed the studio right after their stint was up, saying, ‘thank you for having me, I’m prepared to come in again whenever you need help.’ Even tiny studios get barraged by emails from people looking for work. You’ve got to stand out somehow. Send them a personal email and explain why you want to work in that specific studio or with that specific producer. Tailor it. Pick out things that have been done in that studio or records that the producer has made that you really like and emphasise that that is why you want to work with them.” 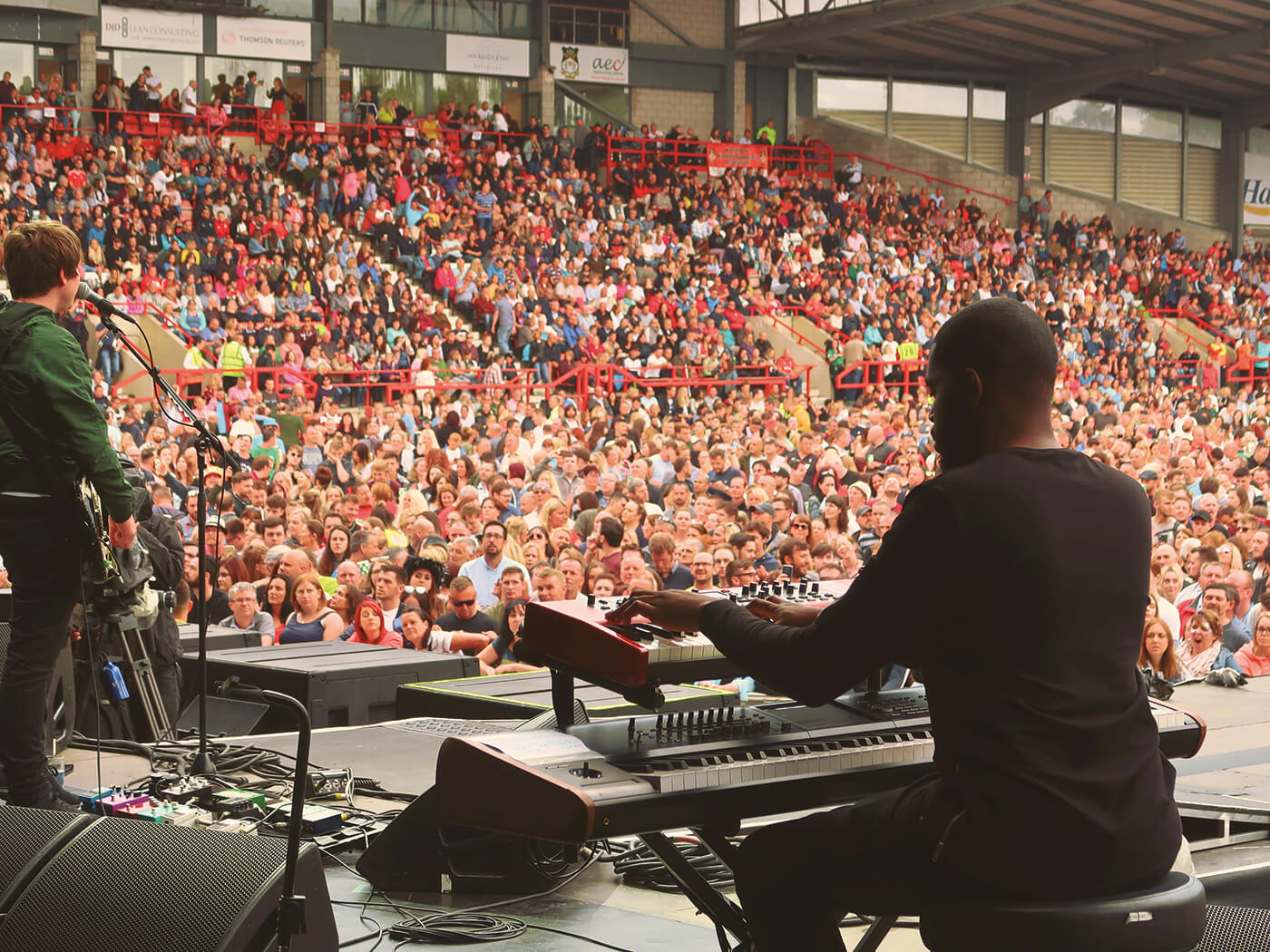 Serving as The Streets’ keyboardist, Mike has tinkled the ivories for numerous high-profile artists, including Jake Bugg and James Arthur.

Top Tip “One minute you’re going to be up and the next you’re going to be down. It’s a real rollercoaster. I would say that really, it’s humility that goes such a long way. I’ve noticed along the way that you can be the most amazing musician, but if people can’t stand you, there’s no point. Your character gets you everywhere. I’d say trust the process, be humble and work hard.” 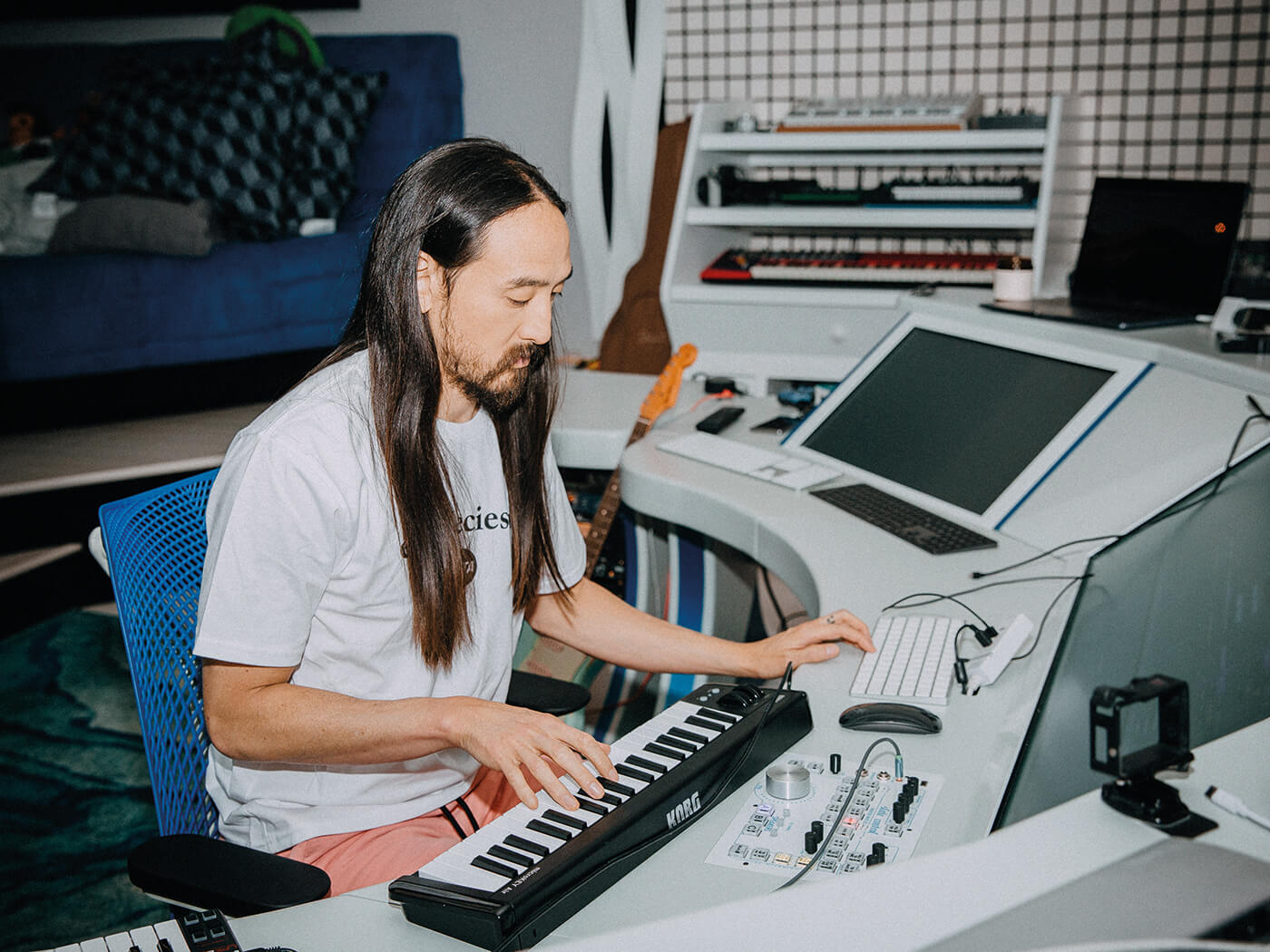 Producer, DJ and bona fide superstar Steve Aoki gave us a tour of his Neon Future Cave studio in 2019, and was a fountain of knowledge on studio best practice, composition and establishing a career in the industry.

Top Tip “In the beginning, start cultivating a particular sound you like and get good at that. Build a discipline around a particular sound, whether it’s a genre or subgenre. Build within that group of people and group of producers that produce that kind of sound. The perfect example is SoundCloud. SoundCloud is a great way to build relationships in very, very small communities that are focused on specific kinds of sounds and genres.”

Leon is a mastering engineer with an impressive resume that includes working on projects for the likes of Pink, Rihanna, Maroon 5, Beastie Boys and Willie Nelson.

Charlotte is an assistant engineer at Studios 301, and is heavily involved in setting up vocal sessions, band recordings, or plug in and play (for producers).

Top Tip “There are opportunities all around you. So if you want to get clients, use your friends, use the people around you that believe in you and would take a chance with you. That’s what’s happened with me now, and I’ve been really lucky.”

“Support other local artists in your world, go to shows and allow yourself to be inspired.” – Alice Ivy

“Listening to new music is something I would strongly advise. I listen to at least ten hours of completely new music every week.” – Martin Badder

“Don’t focus on whether it’s going to make you money or not: make great music, and the success and everything else will come.” – Jonas Blue

“You can only do so much as an electronic performer at one time, so don’t try and do everything, because you will lose your connection with the music and your audience.” – Harvey Sutherland

“For me, personally, if it sounds good, it’s good. The moment we stick to the rules, there’s no innovation anymore.” – Maarten Vorwerk