Steve Aoki on the world’s best DJs, Tupac as a hologram and the future of production

The greatest electronic acts according to the DJ. Aoki also lets us in on some of his future plans. 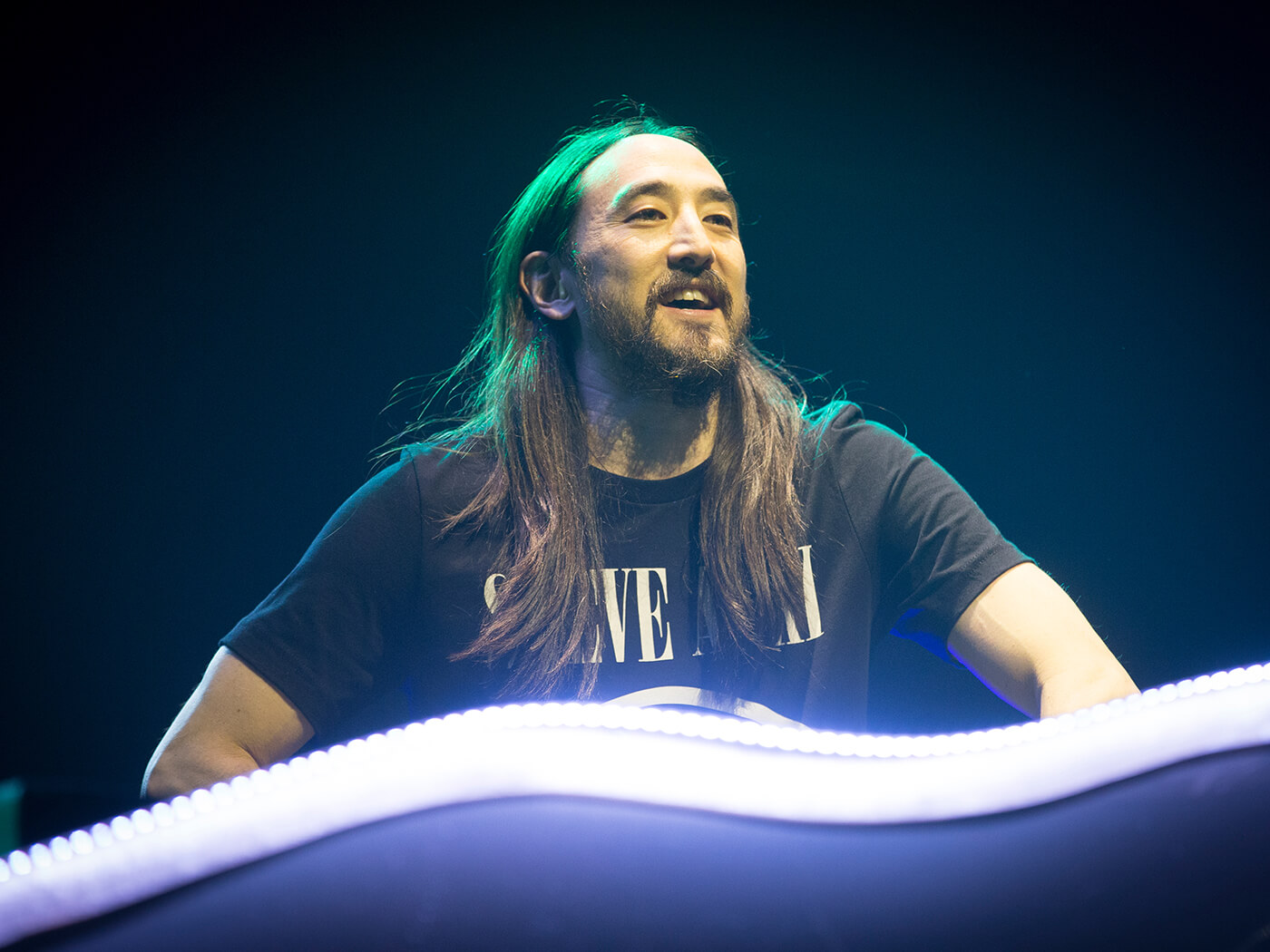 When asked to single out the greatest DJ of all time, live-performance addict Steve Aoki offers this: “I don’t know if you can call them DJs, but Daft Punk are my greatest electronic artist of all time.”

Describing their iconic Alive 2006/2007 tour which saw the French duo going full robot atop a Tron-inspired pyramid, Aoki recalls: “They shook me to my bones and gave me this feeling that I haven’t felt since I saw them. It gave me this hope that electronic music can literally change the world. And they are part of that global transformation and commercialisation of electronic music, in my opinion. Because of them, a lot changed. They brought a critical stage to electronic music where it became important to see dance music at festivals and experience and feel that at festivals. And that altered electronic-music culture entirely.

“Skrillex is also up there as one of my favourite producers of all time, and he’s an absolutely incredible DJ. And beyond that, he’s just a beautiful human being with a big heart. I just absolutely love Sonny, and I put him at the highest of the high. As well as Avicii. Avicii was just one of the most prolific producers and songwriters – not just in electronic music, but in music period – and he reigned supreme as one of the greatest DJs of all time,” he opines.

In terms of straight-up DJs, Aoki also counts close personal friend and mentor, the late Adam Goldstein, who was known professionally as DJ AM, as one of the world’s best. “DJ AM, rest in peace. As far as technique and making people go absolutely wild, I’ve never seen ingenuity and craftsmanship and wit all rolled up into one, with a knowledge of pop culture from the last 50 years thrown into a set. Absolutely blew my mind every time he played. And he was just an absolute legend of a human being. So there’s not just one greatest DJ of all time,” he says.

On the production side, Aoki feels that Skrillex also manages to create the best overall sound, one which always works at festivals and clubs. He explains: “Every time he drops a new song or a new record, it just trumps everything that’s out there and everyone looks at it as a bar to meet. He’s always ahead of the curve, and he’s always got the whole music community waiting to hear what he has next. He’s been consistent with that since day one, and he’s just extremely inventive. Just his ears and the way his brain thinks is unlike anyone else in the world.”

Steve Aoki is a self-professed futurist. Not only does the producer have his own sci-fi comic-book series focused on technologically augmented humans, but he’s also gone on the record saying he plans to be cryogenically frozen.

Aoki’s passion for the potential of science and technology has informed much of his more recent work. “My entire album series is called Neon Future. Neon Future I, II and III. I’m also working on Neon Future IV, and for each album, I’m inviting scientists or people in the science and tech space to also collaborate with me on the albums and records,” he says. Among those collaborators from the science community is broadcaster Bill Nye, who featured on Noble Gas, the closing track on 2018’s Neon Future III.

Going against the grain of the dystopian-future speculation that’s become so popular, Aoki considers himself a ‘massive future-tech optimist’.

“I think it’s going to be part of every decision, everything we do with our lives. We will eventually merge with technology to the point where we will be able to enhance our lives, live forever and have technology help us further to make more interesting music,” he speculates.

One contentious issue is that of AI-generated music. Aoki doesn’t want to pass judgement one way or another, but does note: “When I think about music, there is a narrative that needs to be told. How it was made, who made it, all these things.” As far as he’s concerned, though, “if a song hits me a certain way and makes me feel something really special I’m going to trust that feeling”, he says. “Good music is going to be good music, whether it is AI-generated or not.”

The future is neon

Refocusing on the nearer future, Aoki’s current list of projects is in keeping with his status as one of the hardest-working people in music. “I have a lot on my plate, and I always stay busy. I think it’s part of my nature to work on multiple projects. I’m a project-oriented individual. Though I like to execute on quality projects and essentially service my community whether that’s through music or different things that I produce or help to create to extend what passion points I have in my life.

“So for 2019, I have my memoir dropping in September called BLUE. We’re on the road as we speak, to the next album, Neon Future IV and I’ll be dropping singles up until then. So I have tonnes of music coming out and remixes. One thing that’s for certain, there’s a consistent path in the future of my life for music. I will be dropping lots of music. And I play tonnes of shows. That’s the best way for me to raise the awareness of all the music I’ve been creating.”

At the time of interview, Aoki had also just released remixes for JLo and Alan Walker and has also recently released Warp 2019, a collaborative remix with KAYZO for the 10-year commemoration of Aoki’s track with The Bloody Beetroots.

“I just made a fun remix for Hit Your Heart, my song with Dagny. And I’ve got new songs, too. Like my song Popcorn with Ummet Ozcan and Dzeko. My song with Alok, Do It Again, is out now. And my song with Monsta X, Play It Cool, is out now, too. And I’m dropping more and more music all across the summer too. Lots of music. Lots of collaborations.

“The last thing I want to do is give any surprises away,” says the producer whose collaborators have ranged from Atlanta rapper Gucci Mane, to Linkin Park to K-pop boy-band BTS. “I think that’s the great thing about dropping a new collaboration is the surprise on people’s faces when they see who I’m working with next.”

“This year, we’ll probably hit over 230 shows. Maybe more. So I will be traveling all across Europe this summer. The US of course is my home, so I’m always hitting different cities around here. I have my residency in Vegas, so I play there a tonne. If you’re coming through Vegas, who knows if I’ll be playing the day you’re here? And everything is on my website, steveaoki.com, and on my Facebook page. All my tour dates are up there if you want to come see a show. I’d love you to see there, because I’m always dropping the new, new, new stuff and if you want to hear the classics, sometimes I’ll be dropping them, too!”

Read about Steve’s writing process, his tips on finding your sound, his ideas on stage etiquette, and learn what his favourite gear is.

Check out Steve’s official website for tour dates and info on new releases.