Christian Henson and Paul Thompson explain why they have partnered with the most famous recording studio in the world for their flagship orchestral series. 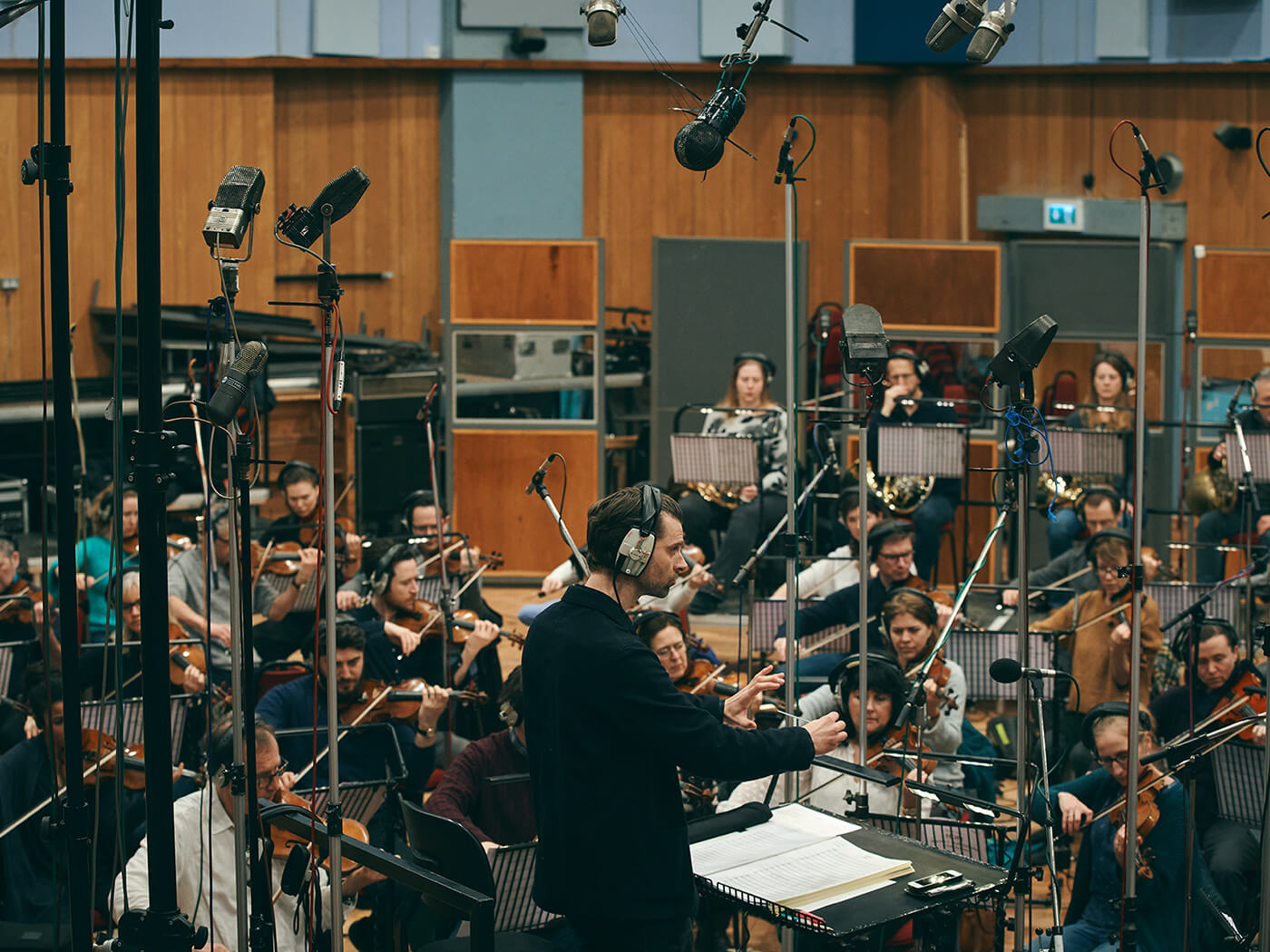 In partnership with Spitfire Audio.

Established in 2007, Spitfire Audio’s rise has been nothing short of meteoric. Founders Christian Henson and Paul Thomson’s first commercially available product, Albion, released in 2011, set the tone for all subsequent libraries, prioritising a highly playable sound contoured to the needs of composers. Above all else, Spitfire Audio’s libraries are designed to sound immediately and inherently musical. These days, we might take such criteria for granted. But at the time of Albion’s release, sample libraries often had a technology-led and sanitised sound into which the user had to breathe musical life.

Using a combination of first-call orchestral players, the same world-class recording studios in which film and TV projects continue to be recorded and the very best of those studios’ microphone cupboards, Spitfire Audio’s sound is synonymous with authenticity and musicality. Indeed, anyone who has followed Spitfire’s journey will know that London’s AIR Studios has played host to the majority of the company’s larger orchestral sample collections. But now the allure of another of the world’s most famous recording studios, nestled elsewhere in London, has proven irresistible too.

The release of Spitfire’s Abbey Road One: Orchestral Foundations is the first step of a new journey to be taken in tandem with the studios made famous by The Beatles. This complex has also played host to the recording of some of the most famous film soundtracks of all time, including those of Indiana Jones: Raiders Of The Lost Ark, Black Panther, and the Harry Potter and Lord Of The Rings franchises.

Here, we speak to founders Christian and Paul about Spitfire Audio’s ongoing innovations, its response to COVID-19 and what users can expect in the coming months and years.

MusicTech: London has a wealth of recording options for composers, right?

Christian Henson: AIR and Abbey Road, combined, are the reason why London is a global destination for film composers. At Spitfire Audio, we have represented the best of British talent, engineering and the amazing musical instruments and mic cupboards that we have in this great city, as well as some of its greatest spaces, from British Grove to the Hall at AIR to a rollerskating rink in Maida Vale with the BBC Symphony Orchestra. Abbey Road seemed to us to be a natural next chapter of the odyssey we’re on. 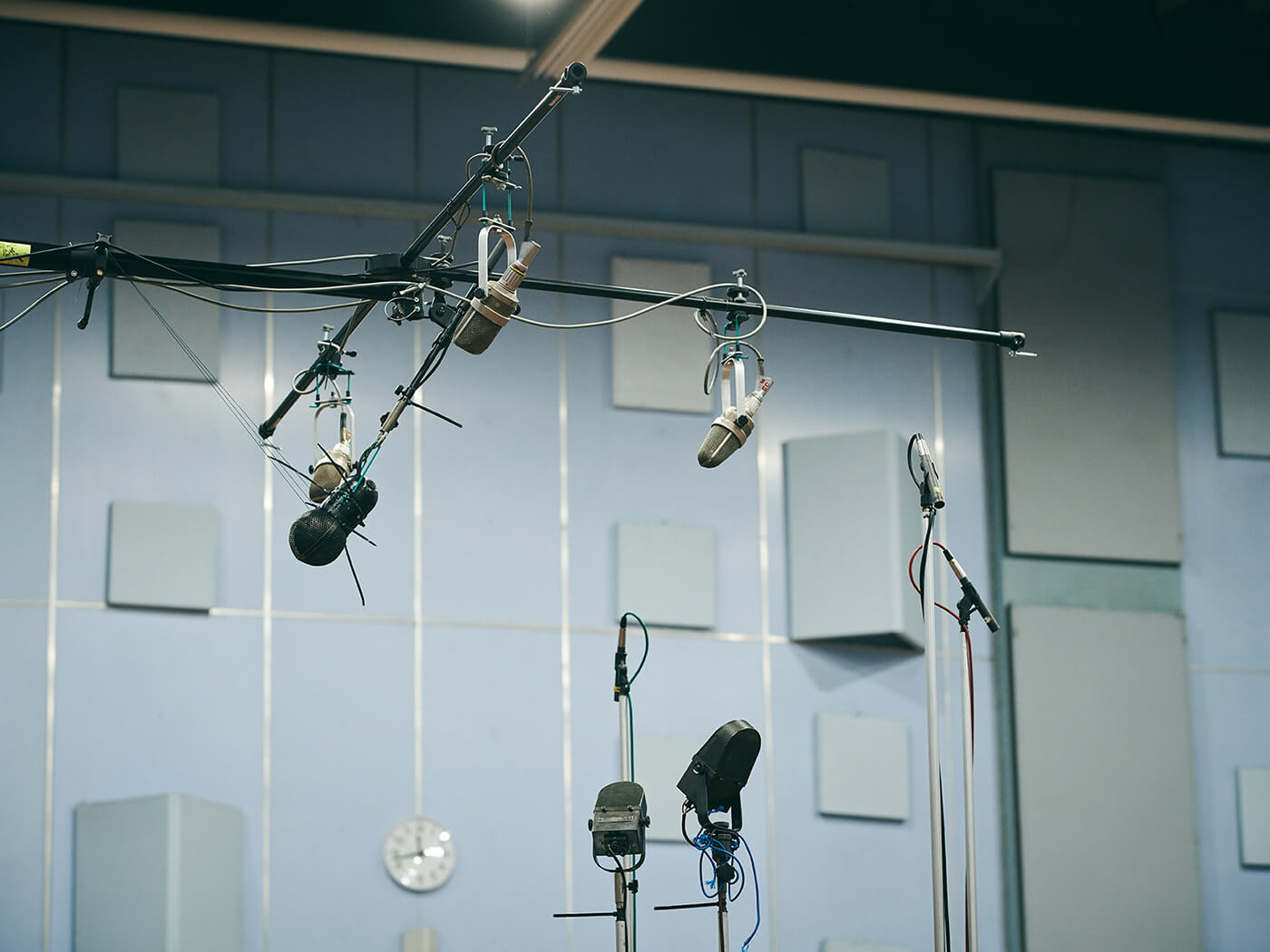 MT: Engineer Jake Jackson has become an integral part of the sound of Spitfire’s AIR-based libraries. How important was it to work with Abbey Road engineer Simon Rhodes for Abbey Road One?

CH: Working day in and out at a studio gives you the advantage of decades worth of minute adjustments. Nothing beats having an engineer with an intimate knowledge of a studio, as it shortcuts a route to what sounds best in that room. Jake and Simon have worked with the greatest in our industry to achieve heights of sonic brilliance. The one very common theme among the engineers we work with is that both Jake and Simon are incredibly musical. This is absolutely fundamental when sampling a score one note at a time!

MT: Are you working with the same leading session players that you’ve worked with regularly at AIR or have you chosen different players for recording at Abbey Road?

CH: We’re happy to say we’re working with a lot of the same players that we have nurtured relationships with over the years. Like working with Jake and Simon and their intimacy with the rooms they work in most, having a shorthand with these musicians is reaping amazing dividends for our users. 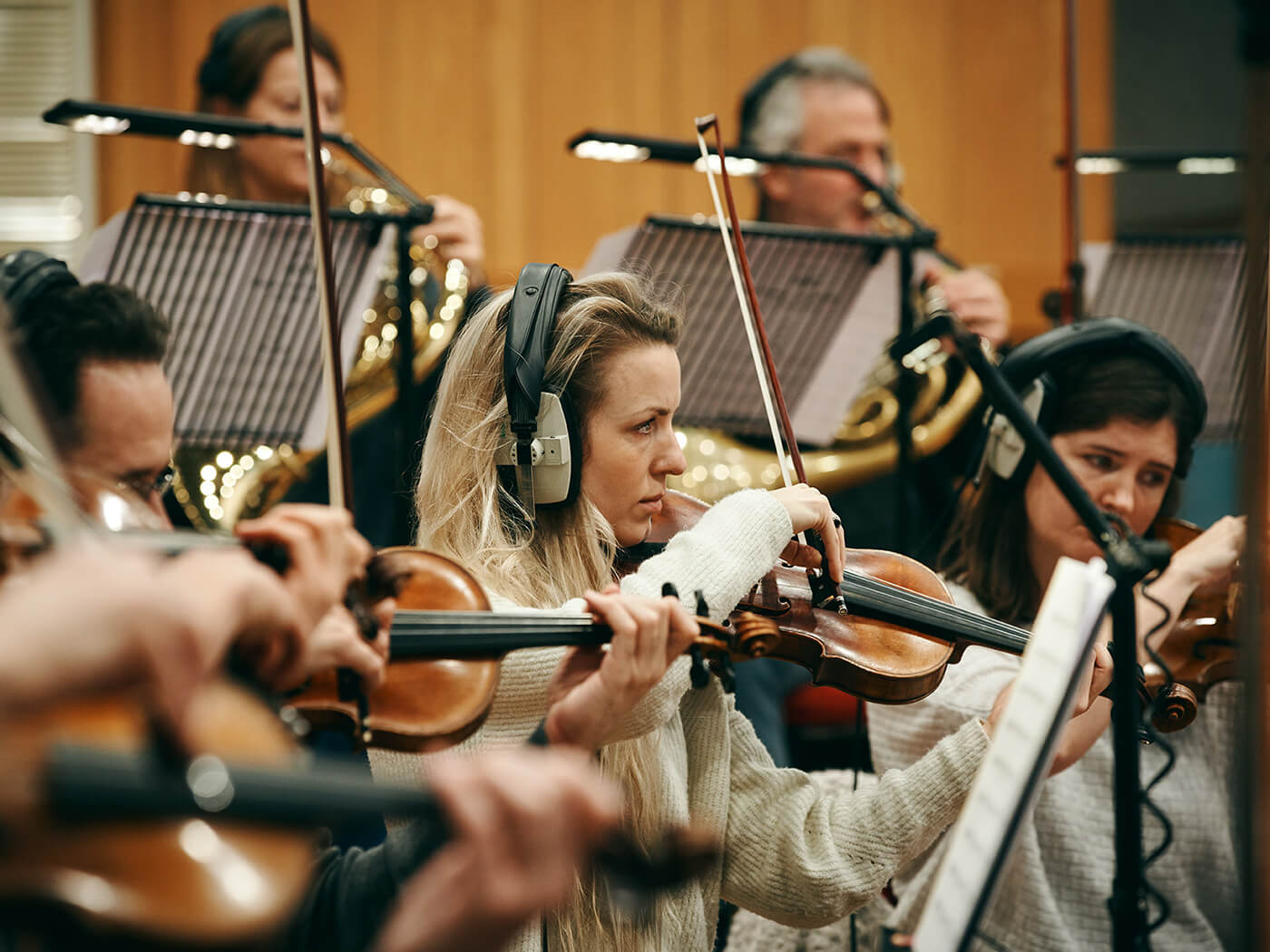 MT: When designing new orchestral libraries, how difficult is it to balance tools that facilitate against-the-clock writing sessions with the depth required for the finer details of track development, production and, ultimately, the mix?

CH: As media composers, Paul and I understand the need for both. Therefore, our challenge is always to balance the following criteria: firstly, that our ensemble libraries are quick, easy to work with and sound awesome; secondly, that nuanced libraries are deeply nuanced and give the user ultimate control; and lastly, that both types of libraries integrate well with each other.

MT: Reviews of Abbey Road One: Orchestral Foundations have been extremely positive. Among the most requested features, however, are legato articulations. Was it a tough decision to leave these out?

CH: We’re a company of composers building tools for composers. Our first service to our users is to enable them to compose with a broad range of sounds. With Abbey Road One: Orchestral Foundations, we thought releasing a detailed strings library and making composers wait for brass, woodwinds and percussion – which sound insanely awesome in Abbey Road – would be a disservice. So out of the gate, our intro to Abbey Road One is everything you’d need to compose a great-sounding orchestral score in Abbey Road, as per the many hundreds of legendary scores recorded there. This is just the beginning. Keep an eye peeled for the forthcoming Selections in 2021, many of which are focused on specific performance tasks, and therefore include legato, among other things. 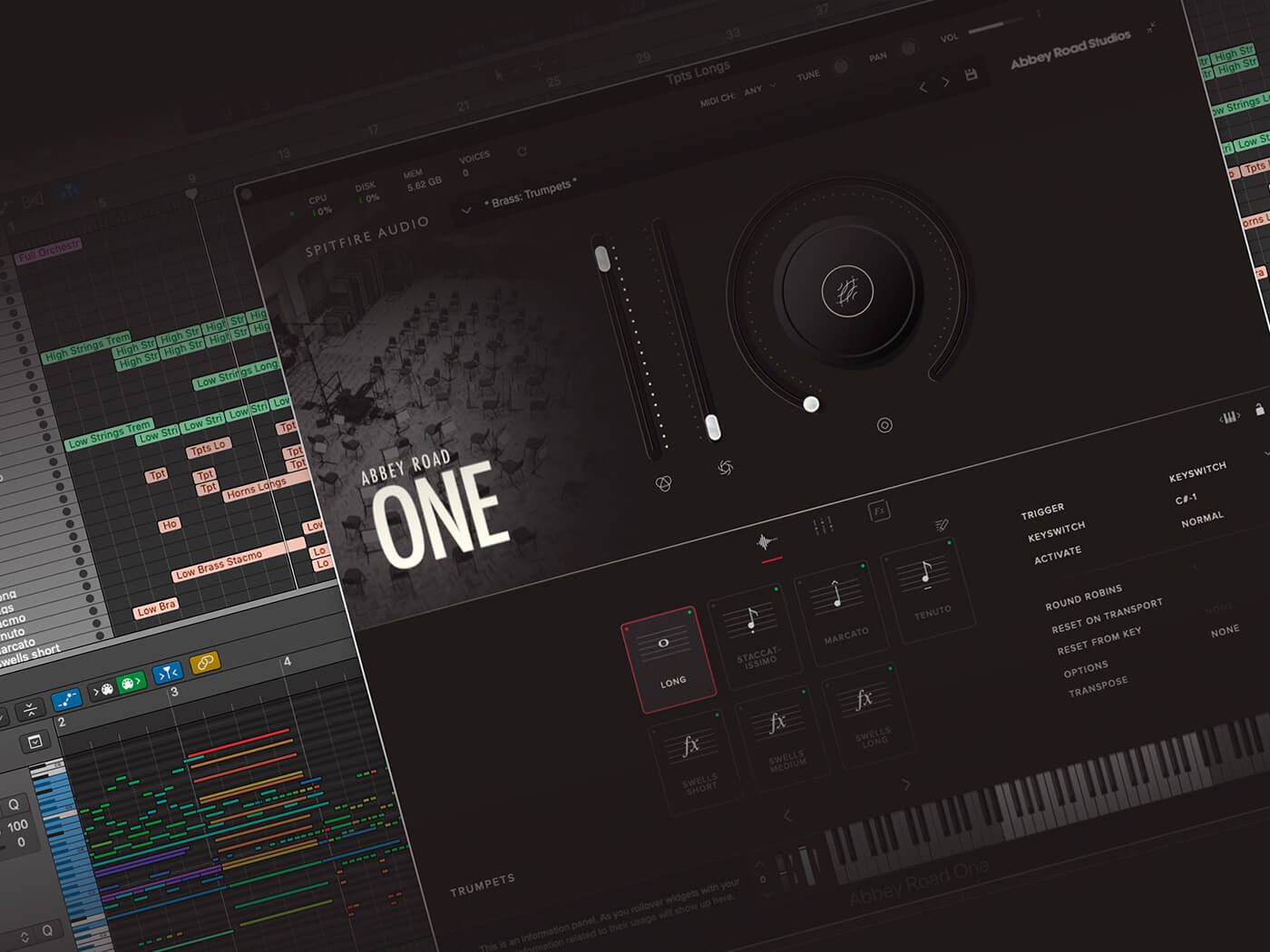 MT: Following those Selections libraries, can you reveal any more details about the jigsaw pieces of the modular orchestral project you’re recording at Abbey Road?

Paul Thomson: The Modular Orchestra is the most detailed orchestral project we have ever undertaken. Not only in the breadth and depth of its sampling but in new R&D techniques to capture incredible performances that help us make the most musical-sounding orchestral samples ever. This is a journey we began in 2007 and we’re continuing to innovate. Watch this space!

MT: Last year hit all corners of the music industry hard. Those making their livings playing music live have perhaps been most affected but recording sessions have been far from straightforward, as socially distancing the members of an orchestra is no easy task. To what extent has COVID-19 impacted the recording and creation of Orchestral Foundations?

PT: It has had a profound effect, as we had to pull up the pony mid-session during the first lockdown. We have been monitoring closely what distanced sessions sound like and, with regret, we do not feel they offer the truly blended experience that our users have come to expect of us. So for the time being, we’re working on smaller soloist sections and our work in Studio 2, which we’ve been doing player by player. Fortunately, we have many weeks of pre-COVID recordings already in the bag, so expect some giant-sounding additions soon. 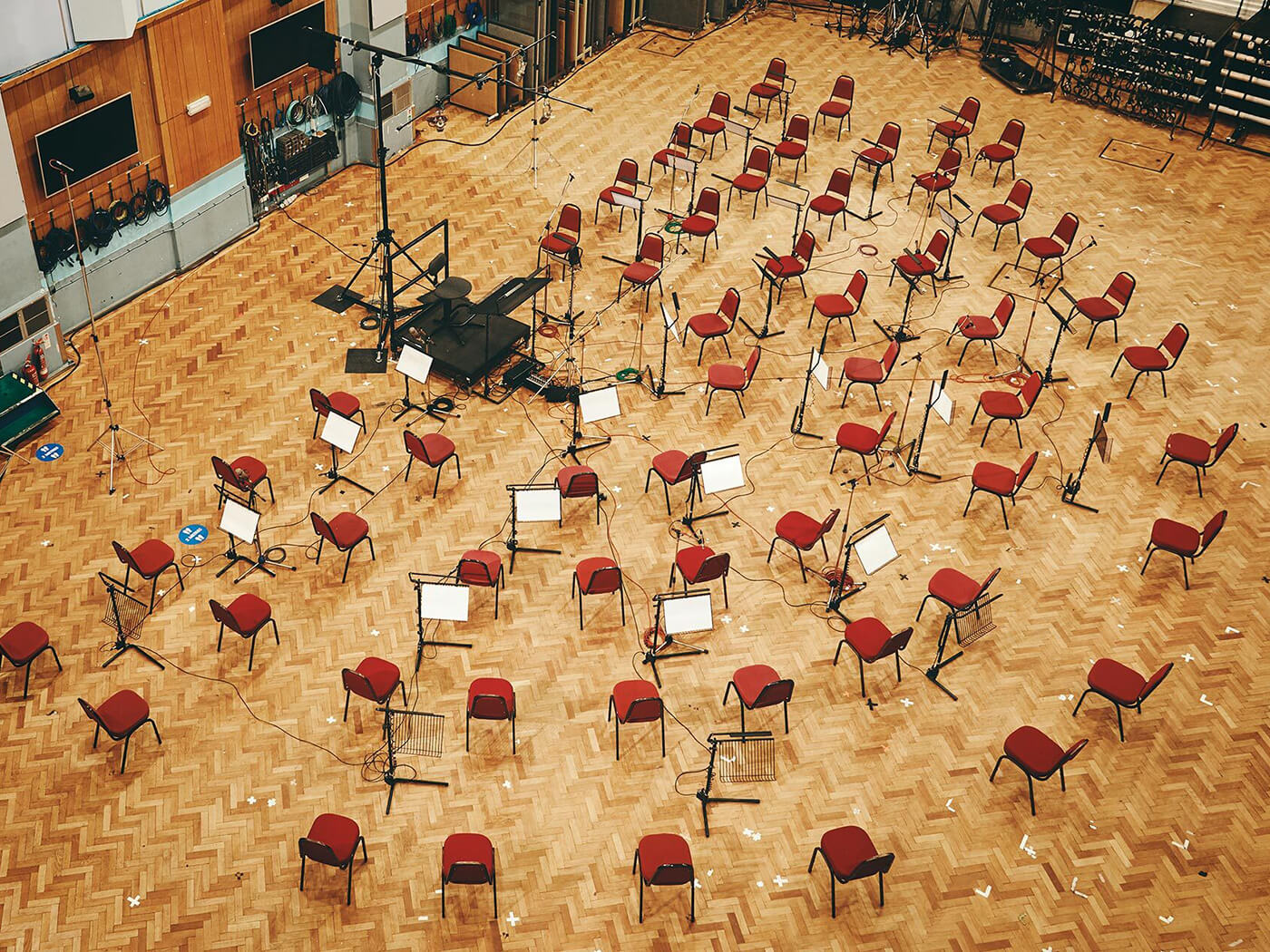 MT: Lastly, what has been the impact of COVID-19 on Spitfire Audio as a company? Many will be aware of your HQ near Kings Cross thanks to Spitfire Audio’s social media channels. Is the building still open or have you had to decamp for the past few months?

CH: The most Paul and I feared from COVID-19 was for the livelihood of the people we employ and the people we work with. So, working closely with our CEO Will Evans and COO Mike Warriner, we pledged to not lay anyone off, not to furlough anyone, and to ensure that the millions of pounds of royalties that we pay to our contributors every year continue to flow, supporting the industry and the musicians who are its lifeblood. Once we secured everyone at home, bussing round office furniture (and maybe the odd bottle of beer), we went on the attack and saw what we could do with the fresh set of opportunities that this situation presented. This has meant different sample libraries recorded under different circumstances and in different locations, all of which we’re incredibly excited about. We’ve been trying via our social media channels to stay in touch with the community of composers we have built up over the past 13 years. We sorely miss seeing everyone – from our close Spitfire family to our extended global family of users – in person, and that’s something we look forward to doing in 2021. And our HQ? We’ve used this time to do it up and make it incredibly fancy.

Clearly, Spitfire Audio continues to work to the blueprint that has served it so well since the release of Albion 10 years ago: innovation, a fierce determination to put composers and musicians first, and an uncanny knack for responding quickly to the prevailing winds and trends in media composition.

Abbey Road One: Orchestral Foundations is available now. Find out more at spitfireaudio.com.