Joining an already impressive catalogue of orchestral sample libraries, Spitfire’s latest selection is their most accessible yet. 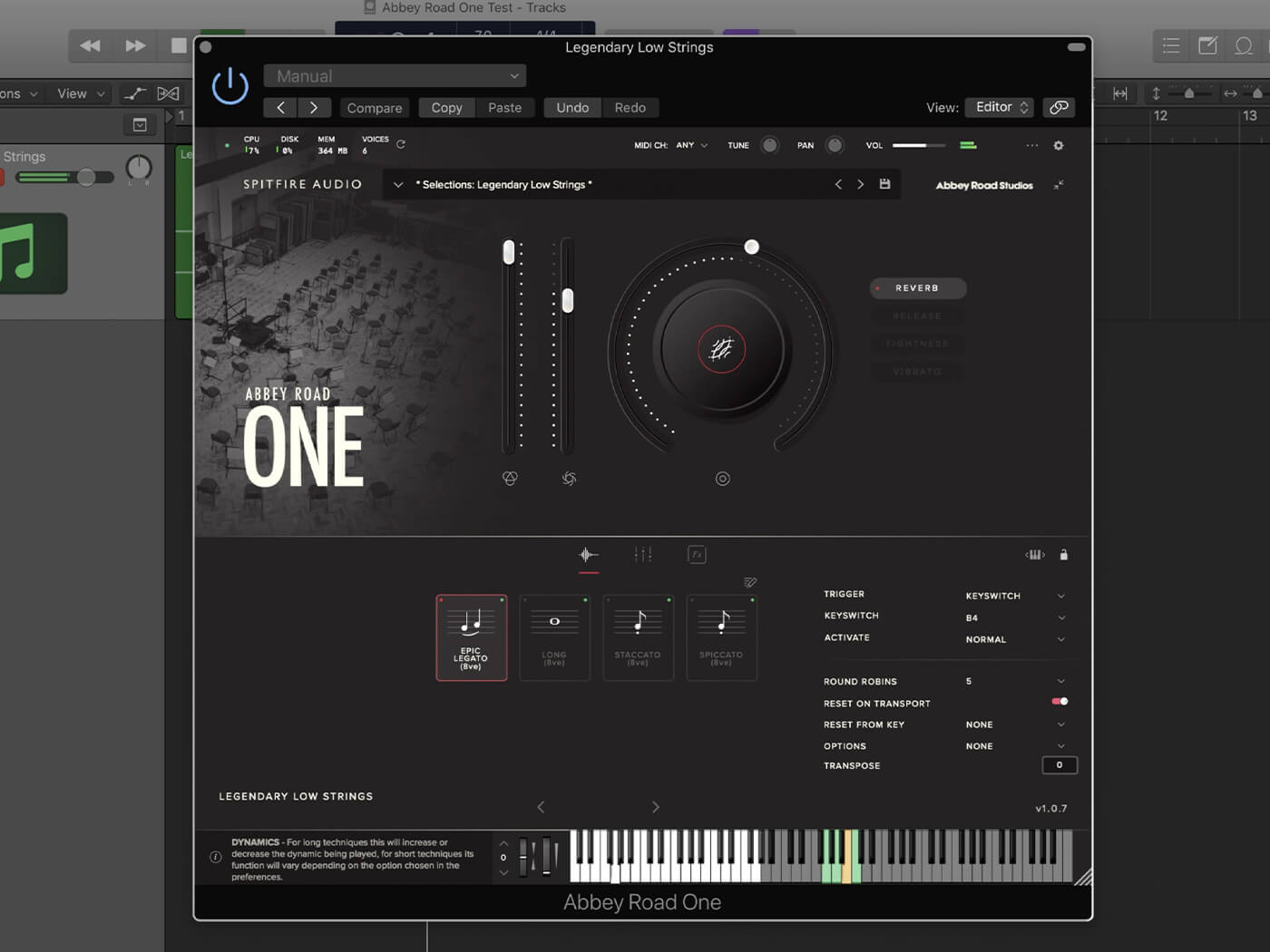 In late 2020, Spitfire Audio released Abbey Road One: Orchestral Foundations, and it rightly received widespread acclaim. The beautifully captured library gave composers access to the signature acoustics of Studio One, the live room where composers such as John Williams and James Horner defined the sound of big-budget cinema.

Catering to film and TV composers, it was billed as the most expressive orchestral library they’d ever released and featured 69 articulations spread across the orchestral sections, five dynamics layers, and 10 individual microphone positions to choose from.

Released under the Abbey Road One umbrella, Sparking Woodwinds and Legendary Low Strings are the first in a series of new additions that aim to address individual film scoring niches. Each new library is offered as a standalone library and an integrated add-on, allowing composers to mix and match to suit their needs and scoring styles.
Spitfire Audio has taken a ‘narrow but deep’ approach to these libraries, offering only limited articulations but taking pains to achieve levels of realism and quality that you’d be hard-pressed to find elsewhere. The results are something quite special.

The sound is instantly iconic, perfectly capturing those cinematic sound palettes that can otherwise take composers hours to emulate.

They’re also extraordinarily straightforward to use; Spitfire has clearly prioritised accessibility. Opting to base the libraries around pre-orchestrated selections removes any need for expert orchestral knowledge and allows newcomers and veterans alike to produce sounds that feel remarkably polished from the first note.

Couple this with a refreshingly minimal and functional UI, user-assignable keyswitching and a hard-to-miss control knob, and you have the recipe for a fast and fluid workflow.

With Sparkling Woodwinds, the concept of sampling for a specific scoring style goes one step further. Here, they’ve paired the high woodwind ensemble with a bright glockenspiel you can mix in to taste (or disable) via the overlay button. This common orchestral pairing, combined with oh-so-familiar Studio One acoustics, creates a feeling like you’ve stepped straight into the golden era of cinematic scores, a world of Star Wars, E.T. and Indiana Jones.

The added controls for the glockenspiel are another example of Spitfire’s ‘narrow but deep’ approach. Composers have the option to fine-tune the placement of the overlayed notes, landing either directly in time with the woodwind section or asynchronously. While this timing control might sound like a small feature, it adds a distinct sense of forward motion and realism.

Only staccato, long and legato articulations are included here, and while the sound palette is undeniably limited, its ability to produce convincing runs up and down the octave may, by itself, make it a must-have for some composers.

The Legendary Low Strings collection takes the same ten cellos and eight double basses found in Orchestral Foundations and dials up the attitude. Recorded in octaves, Spitfire has somehow managed to add extra weight to an already thick texture without losing clarity. The sound is rich, resonant, and extremely expressive – seamlessly moving from quiet and brooding to down-right menacing.

Four articulation options are available: staccato, spiccato, long, and the new ‘epic legato’. The staccato patch has a wonderful sense of drama and suspense, while the shorter spiccato is bouncy enough that, in the right hands, it could make for playfully comedic moments.

The long notes patch is perfect for building lush chords that lend gravitas to any onscreen action, but it’s the legato patch that takes pride of place. Spitfire has outdone itself with the new legato mode. It works beautifully in both libraries, adding a surprising amount of detail, nuance and realism to passages.

Though these libraries lack articulation options, they more than compensate for this with sound-shaping controls. As with Orchestral Foundations, they offer 10 individual microphone positions to choose from, along with two stereo mixes crafted by industry heavyweight Simon Rhodes.

This selection of microphones is a delight to play with. Naturally, each microphone of the highest quality and blending between sources adds another layer of character and authenticity. With a boost to the close mic signals, the Legendary Low Strings take on a new aggression and bite, whereas blending in the vintage signal, a pair of unusual Ocean Way RM-1B ribbons, adds an indulgent nostalgia to the Sparkling Woodwinds.

Of course, the wide range of microphone and position choices is not just about shaping tone. It’s also hugely useful when mixing and matching these sounds with other sample libraries or on-location recordings that you might be working with.

These libraries are unabashedly single-minded. If you’re looking for a string or woodwind library that serves all purposes, this isn’t it – but that’s the point. Spitfire Audio and Abbey Road aren’t trying to tick all the boxes; they’re trying to tick one single box so thoroughly that composers will look no further when they need to create these kinds of textures.

Narrow as they are, the sheer quality and depth of the sound, the fantastic legato programming, and the easily accessible plug-in interface more than justifies the across-the-board price tag of £49, €49 and $49.

Perhaps the only drawback is that because these libraries so perfectly evoke the sound of classic cinema, it can be hard to break out of the associated scoring conventions. But does it matter? When the samples sound this good, it’s hard to worry about clichés and tropes. As any film composer knows, there are many times when those warmly familiar textures are exactly what you need to make a scene come alive.