Spitfire Audio’s new Albion fleet takes flight – but is Neo really the one? 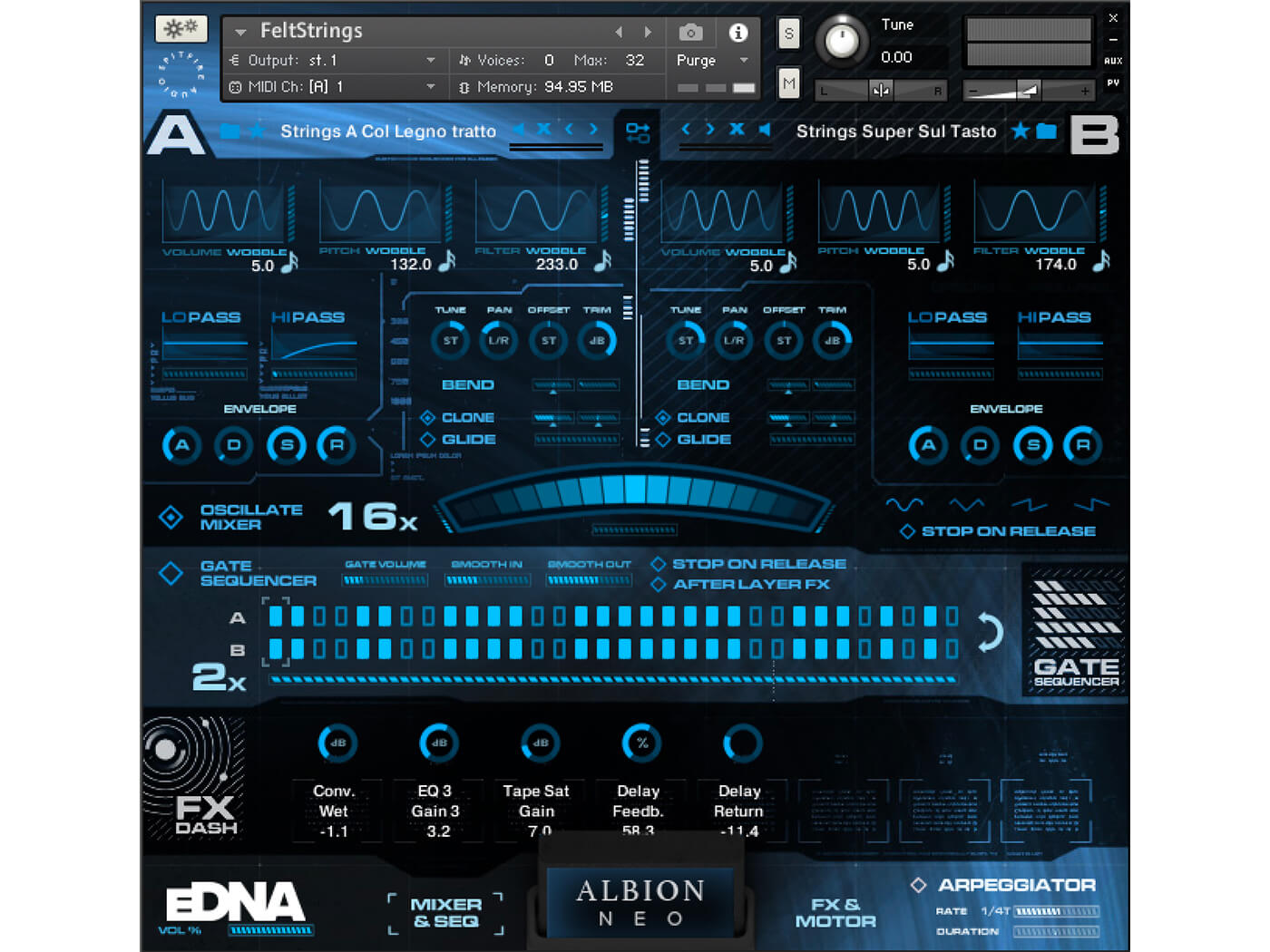 Spitfire Audio’s ever-increasing catalogue has been boosted recently thanks to some large libraries. The BBC Symphony Orchestra package, for example, demonstrates how a symphony might sound in a world-renowned space such as the BBC’s Maida Vale Studios. Not epic enough? Check out the monumental 344-piece player section found in the Hans Zimmer Strings collection.

Size matters, sure, but for many composers and producers, a tidy workflow and solid off-the-shelf samples are just as important as the breadth of a library’s ensemble – and this is where the Albion series has won Spitfire many friends.

Its five-strong Albion range has so far taken us from the orchestral highs of One and the thunderous and apocalyptic low-ends of III Iceni to the Scandinavian sounds of V Tundra. In a clear reaction to current trends, Albion Neo provides a slightly different ensemble and palette, something more suited to the needs of today’s composers and producers.

Over the past 10 years, cinematic scoring has seen greater volumes and ever-expanding orchestra sizes. While many Hollywood-based and Tinseltown-inspired composers have relied on too-common devices to create tension, such as thundering drums, ostinato bass and the mighty brass swells known colloquially as ‘braaams’, others, particularly in Europe, have chosen a more considered route. There’s a tendency, especially in Scandinavia, to veer towards the avant-garde – and this is firmly where Neo plants its flag.

Its centerpiece is an expressive 36-piece orchestra, lovingly recorded at London’s AIR Studios and captured at 96kHz via a two-inch Studer tape machine. The resulting character is typically known as ‘warmth’ but, in reality, is a small degree of tape distortion that makes for a beautiful and distinctive palette.

Being an Albion library, the instruments are grouped together rather than listed separately as individual components – with one exception. The harmonium, recorded in AIR Studios’ grand hall, gets the solo treatment, with a choice of stop (tone) and dynamic control. Its default setting is unsurprisingly reverberant but it’s easy to adapt this to your requirements, thanks to Spitfire’s close/far seesaw control.

Spitfire’s harmoniums could have a little more chirp upfront – as in the sampled versions of the instrument favoured by artists such as Kate Bush – but, in context, they not only deliver the goods but give an indication of the unorthodox direction this library is going. Alongside the straight-laced samples, a warped section utilises the harmonium with a number of effected settings.

The strings are represented as a full section with the patch window indicating whether they are either low or high. This is usual in this setting, but what is less explicit is the divisi nature of the strings. While all 23 players are on parade, the section is split into band A and B, with 12 players in one and 11 in the other. The instruments are equally shared, except the double basses, of which there are two players in band A and one in band B. 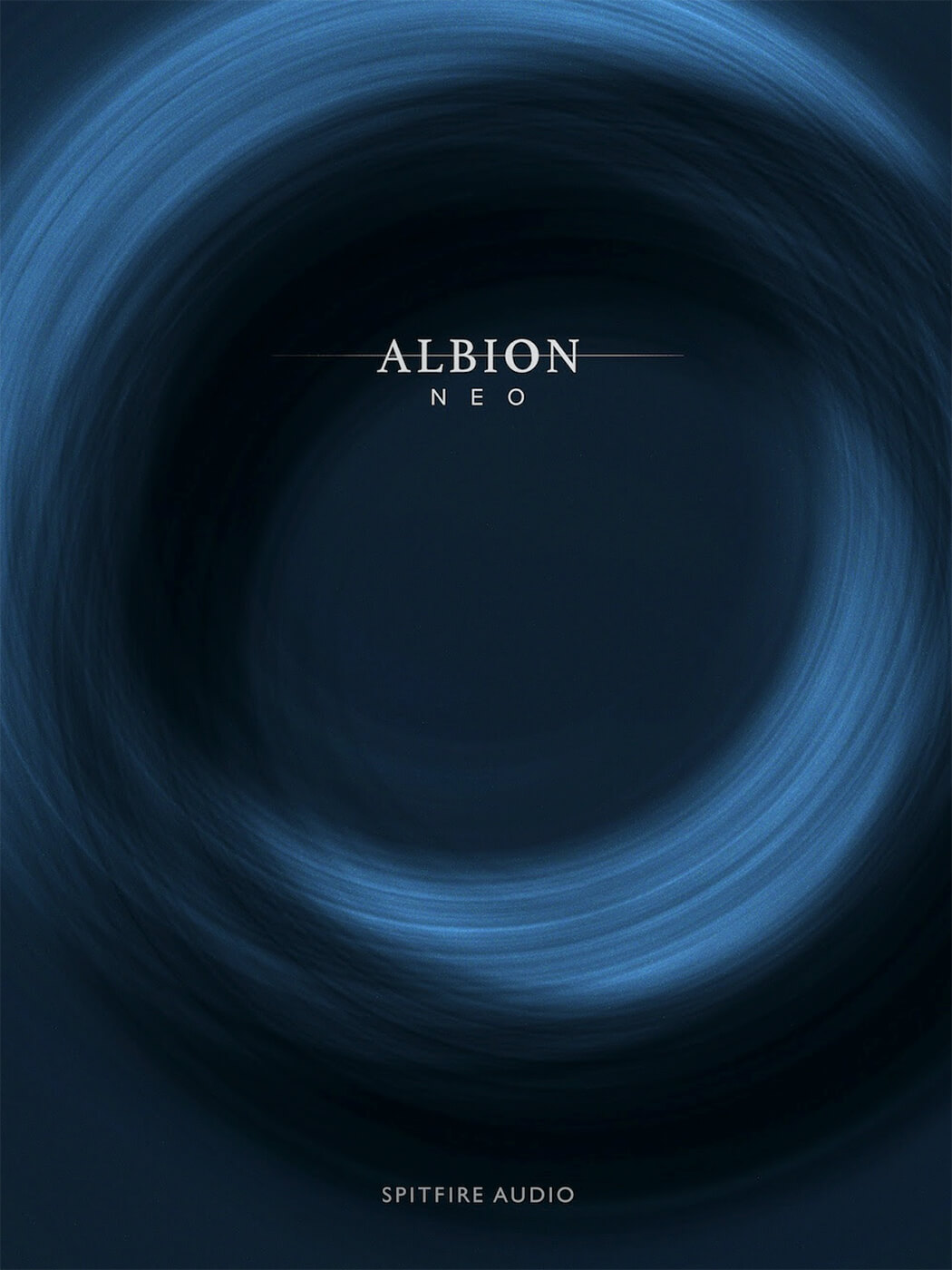 Everything has been recorded in place so you get a divisi string section that can be exploited in multiple ways. For example, you could mirror a part across bands A and B, giving you the full 23-player experience or, instead, divide articulations between groups to create a unique and more intimate effect. It’s a nice concept, and in many ways the opposite of the opulence and scope offered by the Hans Zimmer Strings library.

Neo lacks the same options for antiphonal effects, though you can achieve them by setting up your stereo panning to compensate, which makes the closeness of timbre and breathiness of the bow on the string more realistic.

Spitfire’s new articulations sit nicely alongside the usual suspects. The Long Slow Detune is a leisurely note that moves slightly off your chosen tonic but never strays too far. Similarly, the Long 5th Bend Up shifts the pitch up a perfect fifth from the note played but does so in a delightfully slow and smeary way. Exploited in the context of a chord it sounds positively otherworldly but, as with all fascinating new sounds, there may be a temptation to overuse it.

There are plenty of long note articulations, including muted options, with dynamic and vibrato control. Another firm favourite, Long Pulses, produces notes that come and go but in a very musical sense. Use this in a contextual chord and you’ll hear all sorts of rhythmic properties, as notes appear and disappear.

The Legato patching is split into low and high examples. There is a slight sense of accent from one note to the next, which is less obvious in context, but it performs well at speed.

These sections follow an even more atypical path. In terms of wind instruments, there are two flutes, which double on alto and bass flute; a clarinet that doubles on bass clarinet, alongside another dedicated bass clarinet; and two saxes that play alto and tenor, which also double baritone and bass saxes. It’s a sonic setup that’s not dissimilar to composer Michael Nyman’s, with the sax timbre heavily involved as a colour.

The lack of double reeds (oboe and bassoon) leaves us with a more mellow sound that delivers a more intimate colour. In its Legato patching, the Neo has the capacity to deliver tuneful material akin to records that feature orchestral usage, from the likes of Björk. It’s a stunning colour, as are the other additional articulations, such as the Short Staccatissimo – though, in speedier passages, this patch can feel sluggish. There are also pulsing and detuning patches, mirroring some of the offerings from the string department.

The equally mellow brass section comprises two flugelhorns, two horns, two euphoniums and a bass trombone. It’s an unusual combination that’s only available in a restrained dynamic setting, with no option for raspiness. 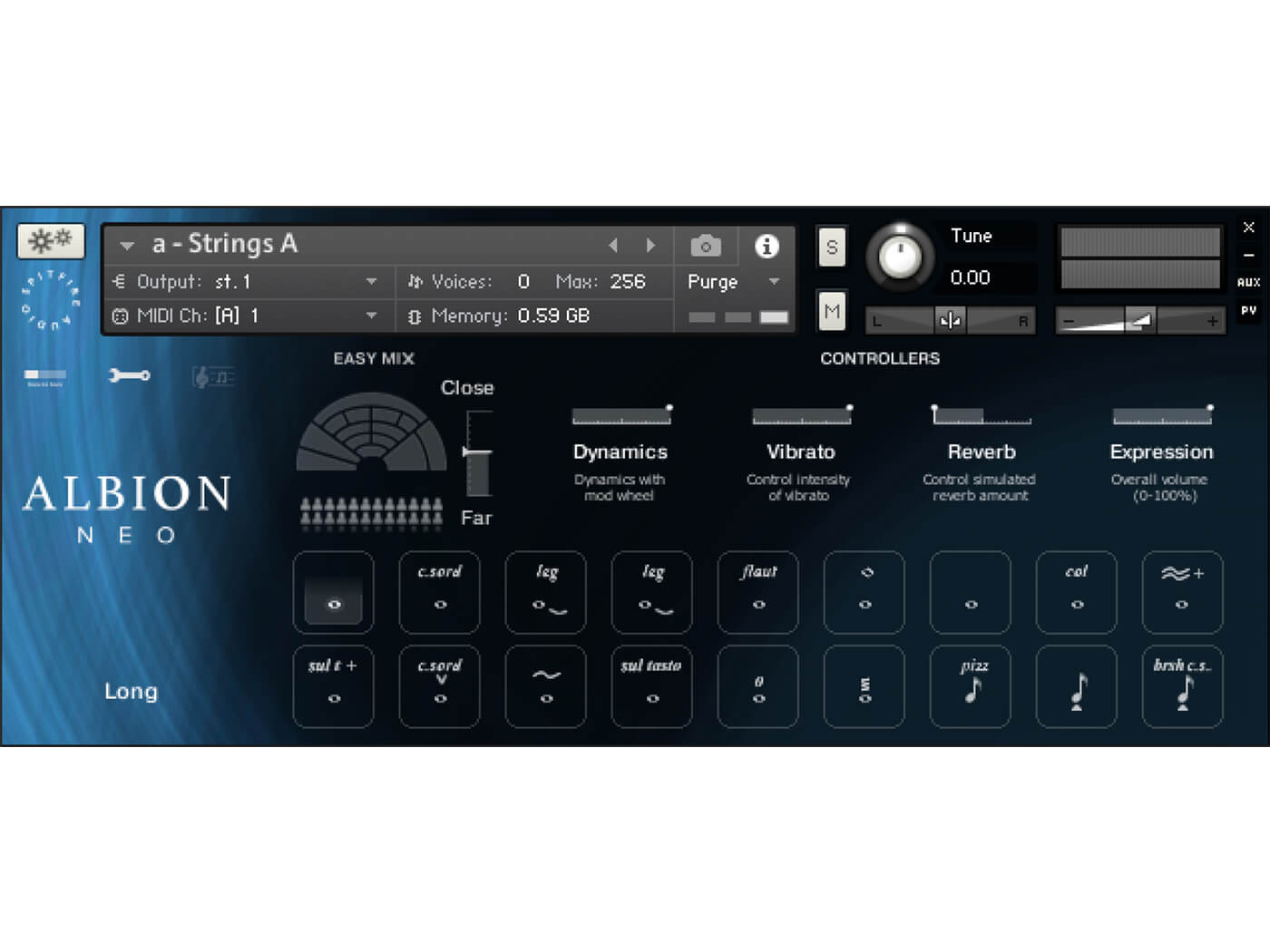 In true Albion style, there are plenty of mic options too, with five mic positions from Decca Tree and Close, through to the Outriggers. Open all these on one of the strings’ Long patches and you’ll hit 3GB of sample data fairly swiftly, but Spitfire has prepared two stereo mixes to help with sample economy – though they sound anything but economy-class. Even coming in at about a sixth of the size of the aforementioned sample usage, they still sound glorious.

Neo also sees the welcome return of content from Stephenson’s Steam Band and Brunel Loops. The former offers a splendid collection of hybrid pads that exploit the original Neo recordings as a source, as well as various synths formatted with the Spitfire EDNA engine, which offers everything from ethereality to hybrid pulsing. Meanwhile, Brunel offers interesting looped content that can be played manually from the keyboard and locked to your DAW’s tempo, and provide real-time control of basics elements such as filtering. 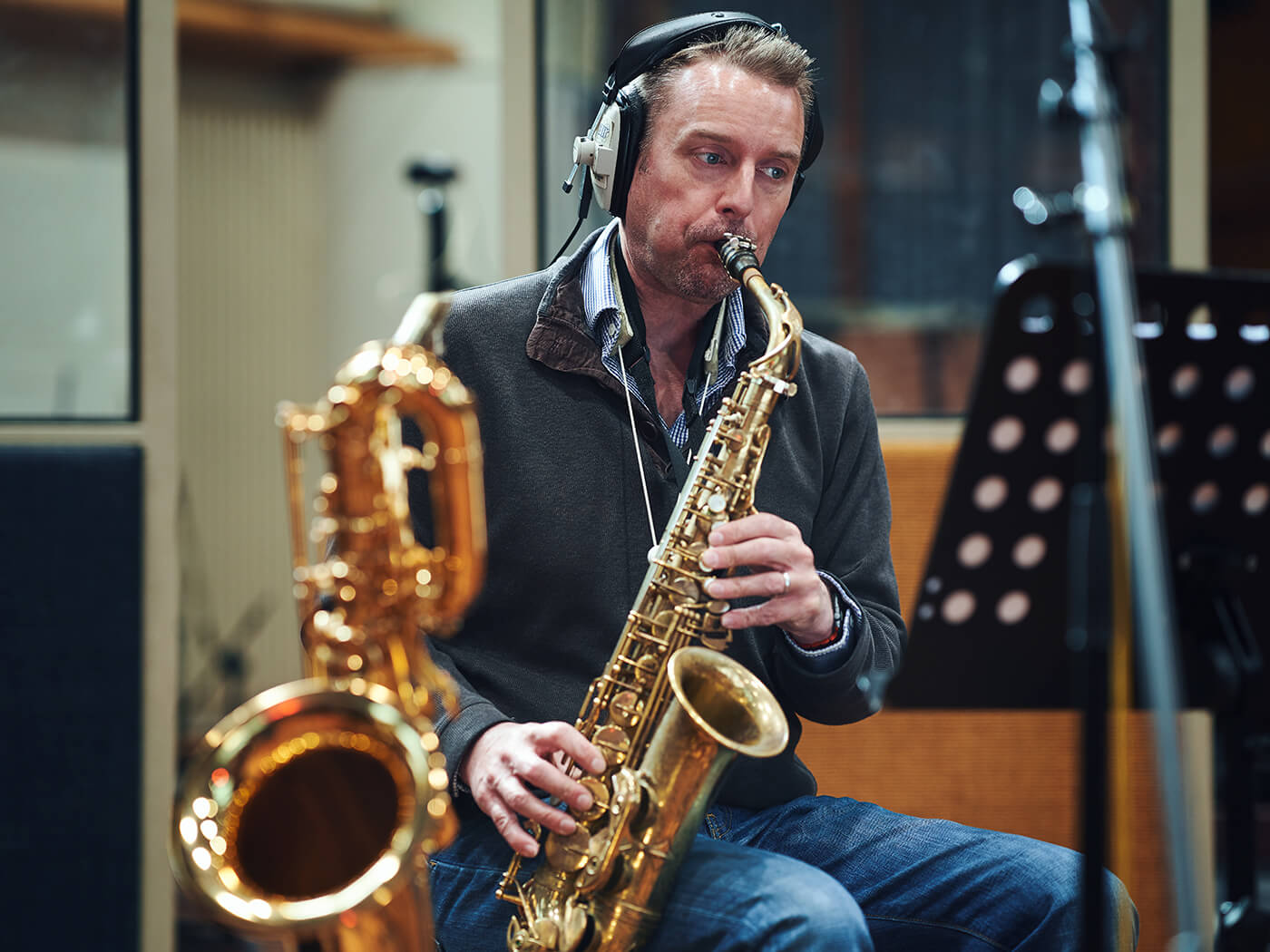 To complement the return of these older concepts, Spitfire has also included an all-new section called Segla Textures. Also presented in the EDNA engine, it features 85 curated patches put together by Spitfire co-founder Christian Henson and his team. Unsurprisingly, these take advantage of some of Spitfire’s acoustic classics, such as Sul Tasto and Tremolo Harmonics, to form some arresting hybrid material that is largely pad-based, although you’ll hear pulses along the way too.

There’s also an extensive arpeggiator built into the EDNA. These Segla Textures can be used to create elegant backdrops for a mix’s modest orchestral elements. This versatility is one of Neo’s USPs. It can help you create considered scores in so many ways – acoustically, electronically or using a blend of both.

You have to applaud the number of assets on offer here. There’s a significant amount of content that goes beyond symphonic recordings, though these undoubtedly provide the backbone of the library. Neo’s manifesto is brave too. While it isn’t exactly doing away with the old-world order, it’s clear about appealing to a new generation of composers with the opportunity to work in a style that might not be what they’re used to.

Yes, it’s a cinematic and televisual library, but it has much to offer the studio musician too. Neo’s exquisite, considered palette will resonate with many – even musicians who may have steered clear of orchestral libraries in the past.

Whether Neo suits your scoring needs depends on a few possible trade-offs that come with the Albion format. It’s a diverse, different package that provides plenty of value for money, and its orchestral elements sit side by side with its synthetic and crossover sound sources. However, as with other Albion libraries, you don’t get the separate orchestral instrumentation you might with a more expensive alternative. As it’s an unusual soundset, Neo isn’t quite a replacement for your full orchestral library. But what you do get sounds fantastic and will make for a streamlined workflow experience. 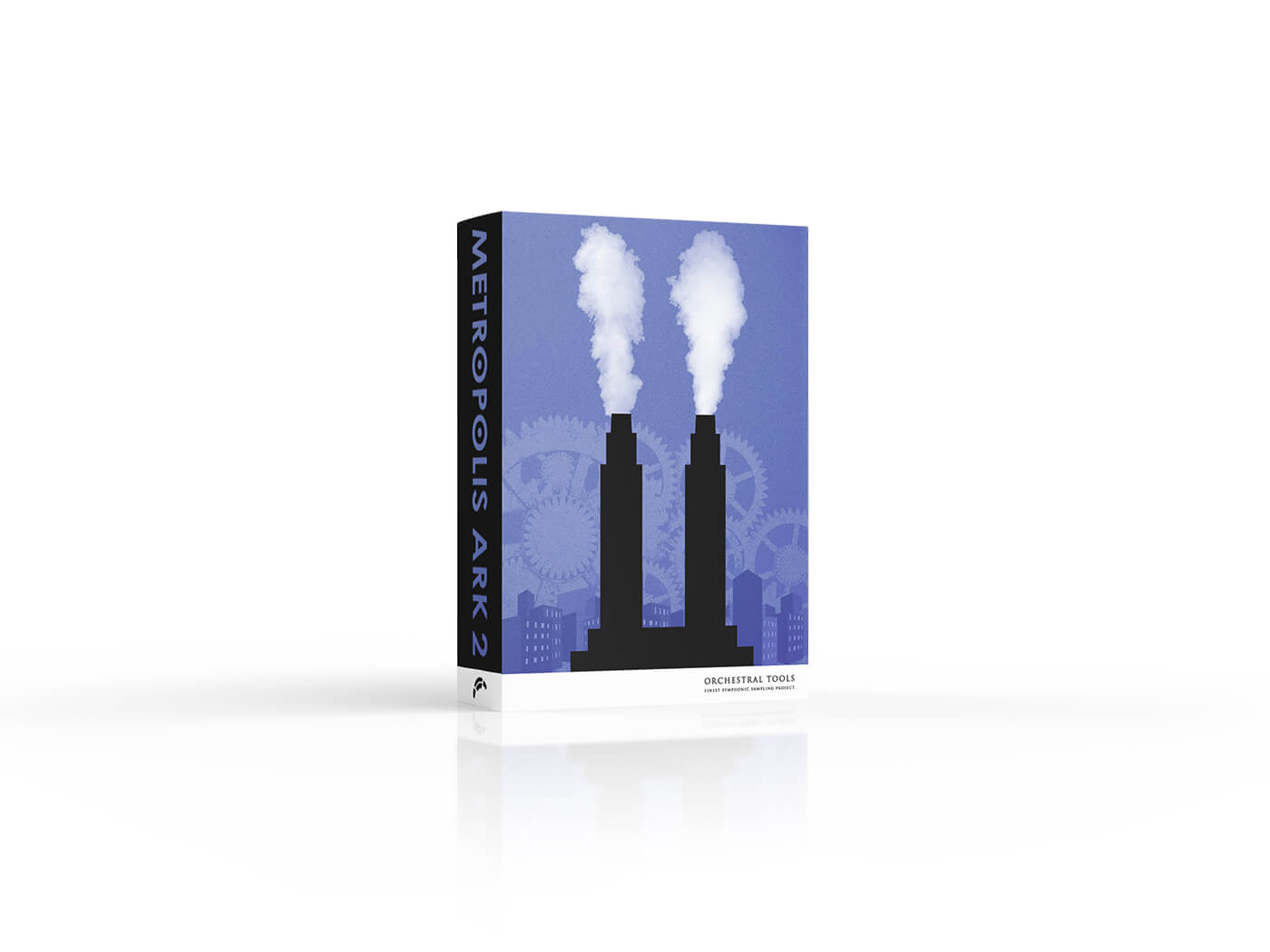 The successful Metropolis Ark series also compartmentalises soundsets, with Ark 2 providing some sonic wonders at the lower end of the dynamic range. It’s intimate and dark, with compelling content for more considered scoring, as well as a broad range of instruments. 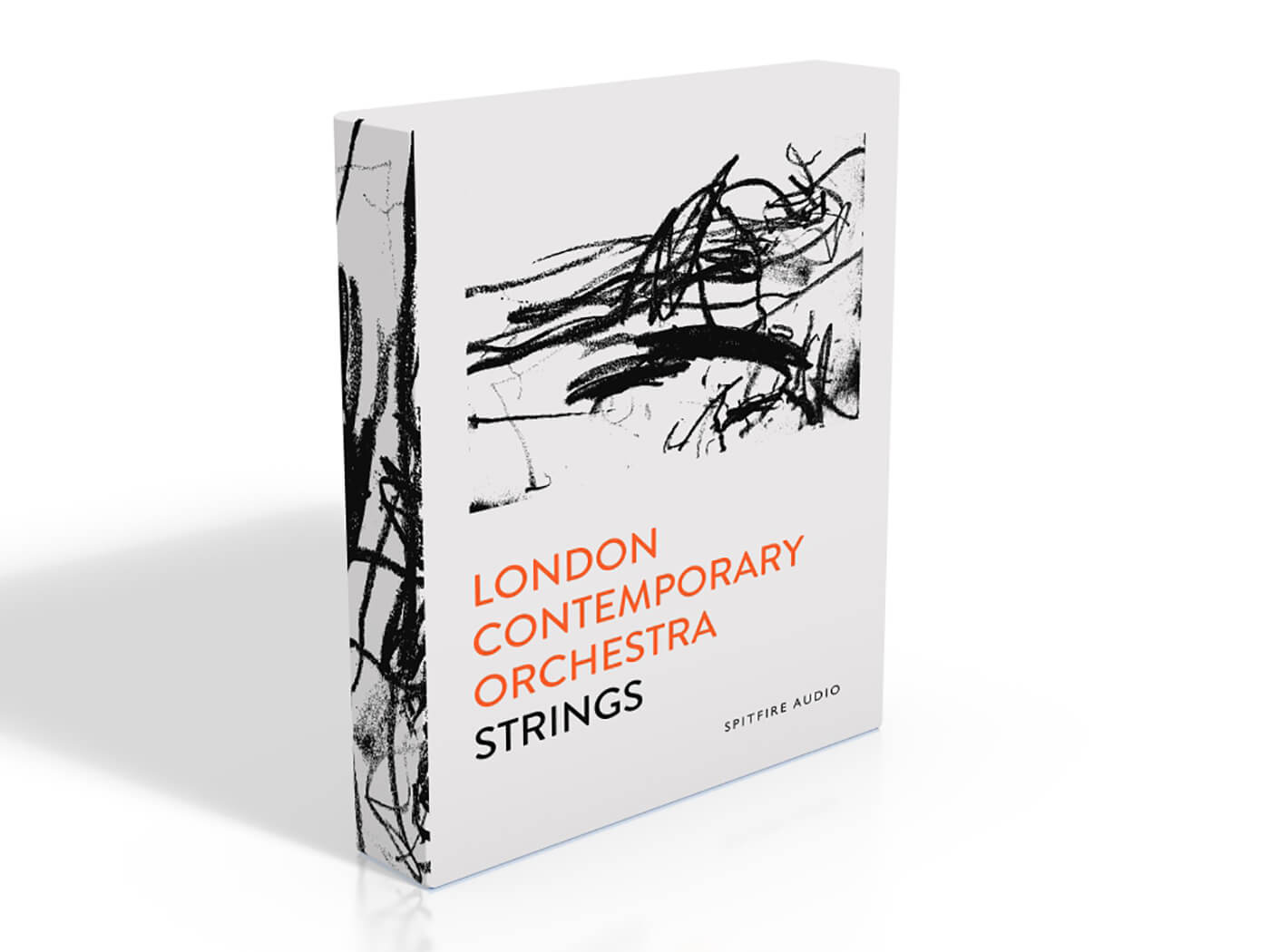 Another Spitfire favourite, this package has intimate strings in small forces, playing all sorts of very interesting content. The Woozy Strings patch has become something of a soundtrack staple, and the overall sonic character of the library is irresistibly dry.