Co-host of the Korg microKast tells us what he’d like to see in future Korg products and explains why there are no more ARP 2600s… for now. 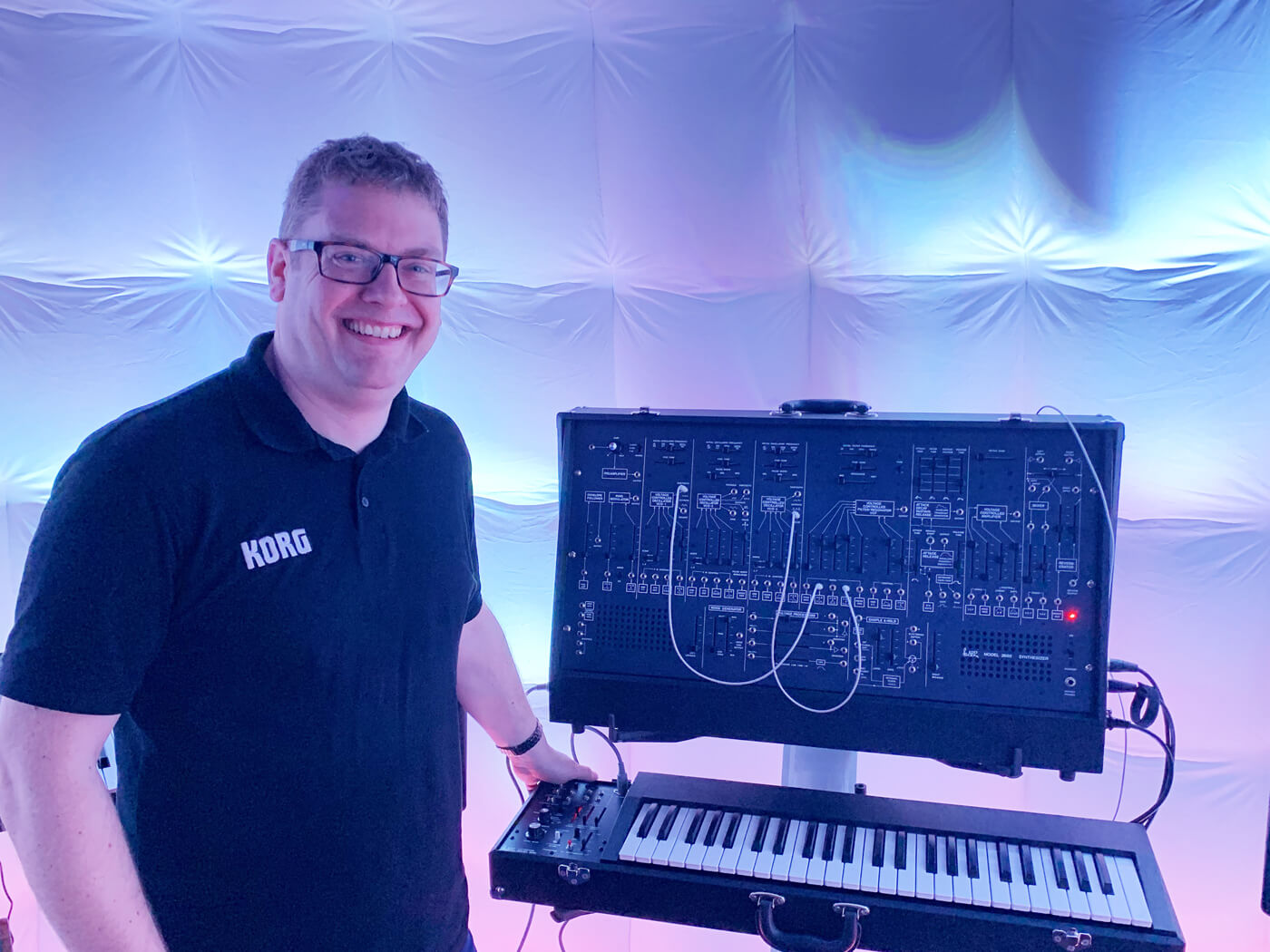 We caught up with Luke Edwards from Korg, co-host of the award-winning Korg microKast, to learn what he wants to see in future Volcas, why the Opsix could be this decade’s DX7, and why Behringer isn’t really a threat.

MusicTech: We’re trying to address some of the crazy rumours and speculation about Korg releases. Firstly, people have been talking about an ARP 2600 mini.

There have certainly been a lot of rumours! I think people were getting excited because they saw a picture which was leaked before the ARP 2600 launch. And it was actually an early render of our 2600 delivery issue. So people presumed that a mini version is coming. I’d love to say “yes”, and I’d love to see a mini myself. But I can’t guarantee that it’s coming.

Did everybody get it wrong, then?

Well, it might come eventually, but it’s certainly not in the very near future. 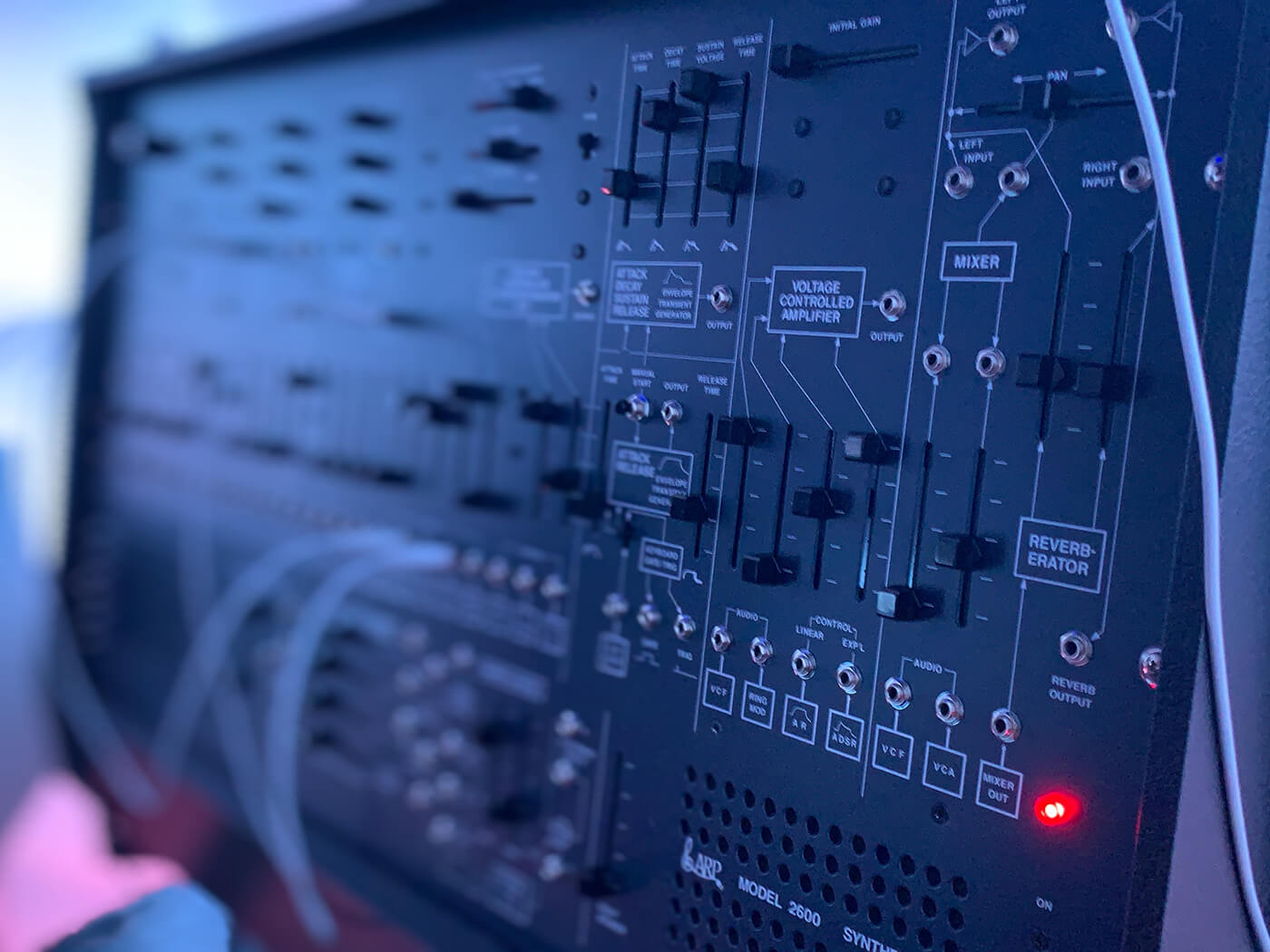 We’ve heard that it’s completely sold out. Is that correct?

Yes. completely sold out. We’ve sold all of ours to dealers. So whether all the dealers are sold out? I think they probably have because there have been so many pre-orders and the dealers are asking us for more. So we’re guessing that the demand is higher than the amount we could actually promise to dealers.

Are you going to make more?

No, not at the moment. We’re not being given any information that there are any more coming. We (Korg UK) ordered as many as we could.

Why was it such a limited run? Why can’t you just build more?

Because it’s not as simple as that. You can’t just build more. Building analogue equipment is a very different process from building digital synths or even smaller analogue synths because it’s a lot more labour-intensive. It takes longer to do, it all has to be manually tuned and the tuning alone is a specialised job and takes quite a lot of time. So, it takes a fairly long time to produce these synths to the quality that we – and our customers – expect.

So who’s involved in the tuning of it? Why is that not scalable?

Well, we have engineers in our factory and the ARP factory, which makes ARP 2600 but also other products as well. So there’s only so much resource we can throw at it.

Why is the ARP 2600 so expensive compared to other synths around right now?

Well, because of the components and the manufacturing process. It’s handmade in Japan and the R&D behind it just took several years to do. All of those things combined. The guys in Japan didn’t cut any corners on this whatsoever, they wanted it to be completely authentic.

So, there’s the Behringer 2600 being touted right now. What’s your take on that?

We’ve heard about it, it’s not really anything we’re particularly concerned about. They can do what they do, we do what we do. And it’s like comparing two very different instruments, especially if you’re looking at a reissue of an actual 2600. Often it’s a very different consumer. Considering we sold all of our 2600s already… Our 2600 is the genuine article, we obviously collaborated with the original designer from ARP. This is the legit version, a complete full-size reissue with the ARP brand on it. 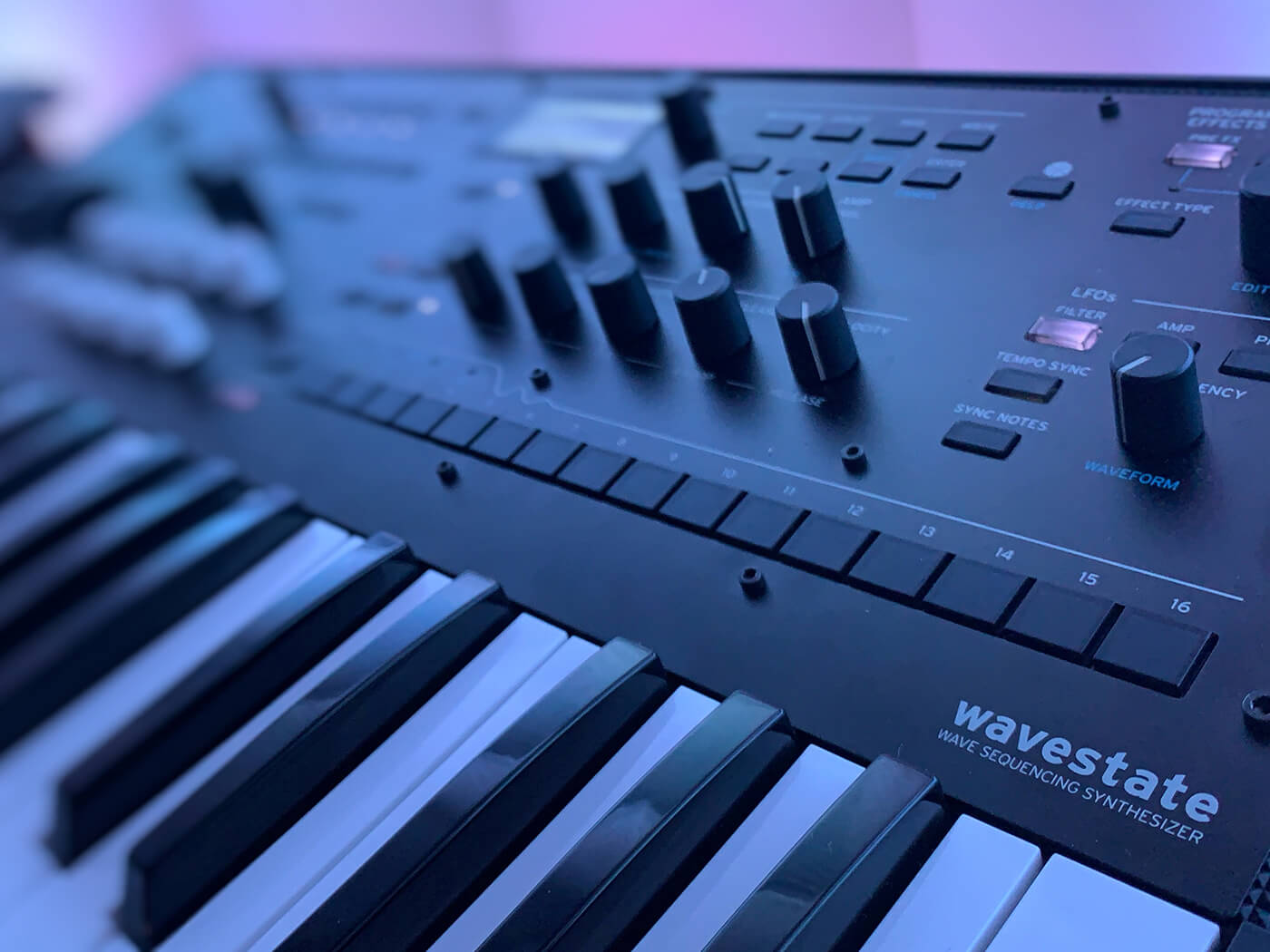 What about Wavestate – with it being digital, what makes it better than Serum and other wavetable VSTs?

I think what’s exciting to me about Wavestate is that we’ve taken that kind of Wavestation ethos, if you like, with the wave sequencing and the vector synthesis, and brought it up to date and made it more accessible. On the original Wavestation, everything was buried behind the screen, but because Wavestate it’s so tactile, that’s what separates it for me from any kind of software or VST.

In fact, you can get your hands on dedicated knobs per parameter and start tweaking out because what it’s doing is incredibly complex, which is better than just clicking a mouse and dragging things around the screen. We’ve had our own Wavestation available for many years in software and more recently iOS format, which people love, but the Wavestate brings a lot of new technology to the table and couples it with that new user interface.

Is there another version of Wavestate you’d like to see, personally?

I’d like to see a 61-key version, personally, yes. From a selfish point of view, because a lot of those big pads and evolving patches really lend themselves to having a bigger keyboard. Just like the original Wavestation. So that would be something I’d like, or in a module version, because you can hook it up to anything you want. Yeah, so either those would keep me happy.

Anything else as an enthusiast, you’d like to see?

I’d like a new Kronos. This is my favourite synth we have produced and it’s definitely due for an update. So yeah, I’m sure it’s in process. So I’m just eagerly waiting to see what they come up with!

What about new Volcas?

To be honest, I don’t know of any in the pipeline, any new ones anyway… I mean, they’re always thinking of new ideas. And there’s lots of exchange between those different R&D people on what will be the next Volca and we always like to look at all the feedback from online as well.

That’s one thing that’s really good about Korg. We are constantly listening to what people like and wish for. Of course, it’s not possible to please everyone but listening to people’s suggestions for things like new Volcas means sometimes you can get really interesting ideas – things that we may not have thought of. I always thought a chiptune one would be really cool. So that’s something I’d like to see, a chiptune Volca. So yeah, who knows what they might come up with?

What about the prototype Opsix and Nautilus synths we saw at NAMM?

Yeah. Okay, so Opsix I wouldn’t even call what we showed a prototype. It was a concept. It’s just something they’re thinking of back at HQ so just put it out there to get peoples’ reactions. We already have the technology, obviously, even going back to the MOD-7 engine in the Oasys and Kronos and also in the Volca FM. We have true FM type technology with architectures that take the Yamaha DX7 operators and algorithms and build upon them.

So that side of it is fairly easy to scale up into any kind of hardware, I guess it would be more polyphonic than the Volca FM which has six operators, but only three notes of polyphony. So maybe six operators, and then as many voices, I guess, as they want to do. It’s all speculation at this point depending on what route R&D feel is the right one to pursue…

So they’d essentially take the engine from Kronos and put it in?

I’m guessing they’ll incorporate that engine but, knowing Korg, I’m sure it will be quite different. From looking at that concept product, it looked like it had a sequencer on it, for example.

So, yeah, that’s something that would obviously add a lot to it. So my guess would probably be a bit of a hybrid of a Volca FM’s engine, a Kronos MOD-7 – the FM engine in the Kronos – and then probably add in some other flavours as well. The MOD-7 and Volca FM engines are really authentic. You can load the DX7 patches in by SYSEX too.

It would be very cool. I’m not sure what form factor because that was a concept you saw. It might not even be that size or it might be a module, you know? Who knows? I’m just speculating. I really want it to be this though. We’ll see. But it did excite me. Okay, that’s everything I know about that.

What would you like to see in the Nautilus?

That was just a concept of what a new workstation may look like. I suppose if I had to put together a dream product it would have all the nine engines from the Kronos plus some stuff from Korg Gadget. 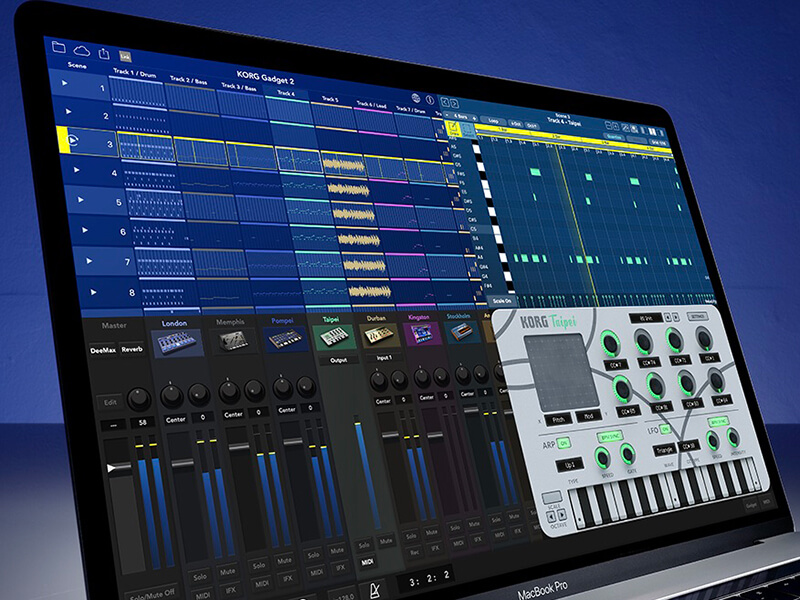 What would you want to see from Gadet specifically? Things like Mono/Poly, Wavestation?

Yeah, just all of our classic back-catalogue plus some of the really nice new original synths in Gadget as well. And if they wanted to keep it as a workstation format, with sequencing still, then an updated sequencer with a nice easy-to-use, responsive screen with a Gadget type workflow as well. That would be really nice if it was in a hardware sequencer. I suppose everyone is looking for that holy grail of the perfect mix between a tactile hardware performance synth and the workflow of a DAW.

Have Behringer’s new products had an effect on Korg?

I mean, we get asked a lot about Behringer, but it’s honestly not something that concerns us. As I said before, we just concentrate on what we are doing. If anything, they help us sell more products by making more people aware of where the bona fide original product came from. So you were talking about us doing their marketing for their 2600. But actually, it can work the other way as well, like with the MS-20.

Since they brought out their K-2? There’s not a huge price difference, though.

No, there’s not. And it’s slightly different with the ARP 2600 because we can’t sell any more of those anyway. But if the prices were closer, like in that case, it can potentially help us as there are certain people who will always want the real thing, especially if there isn’t a major price difference. 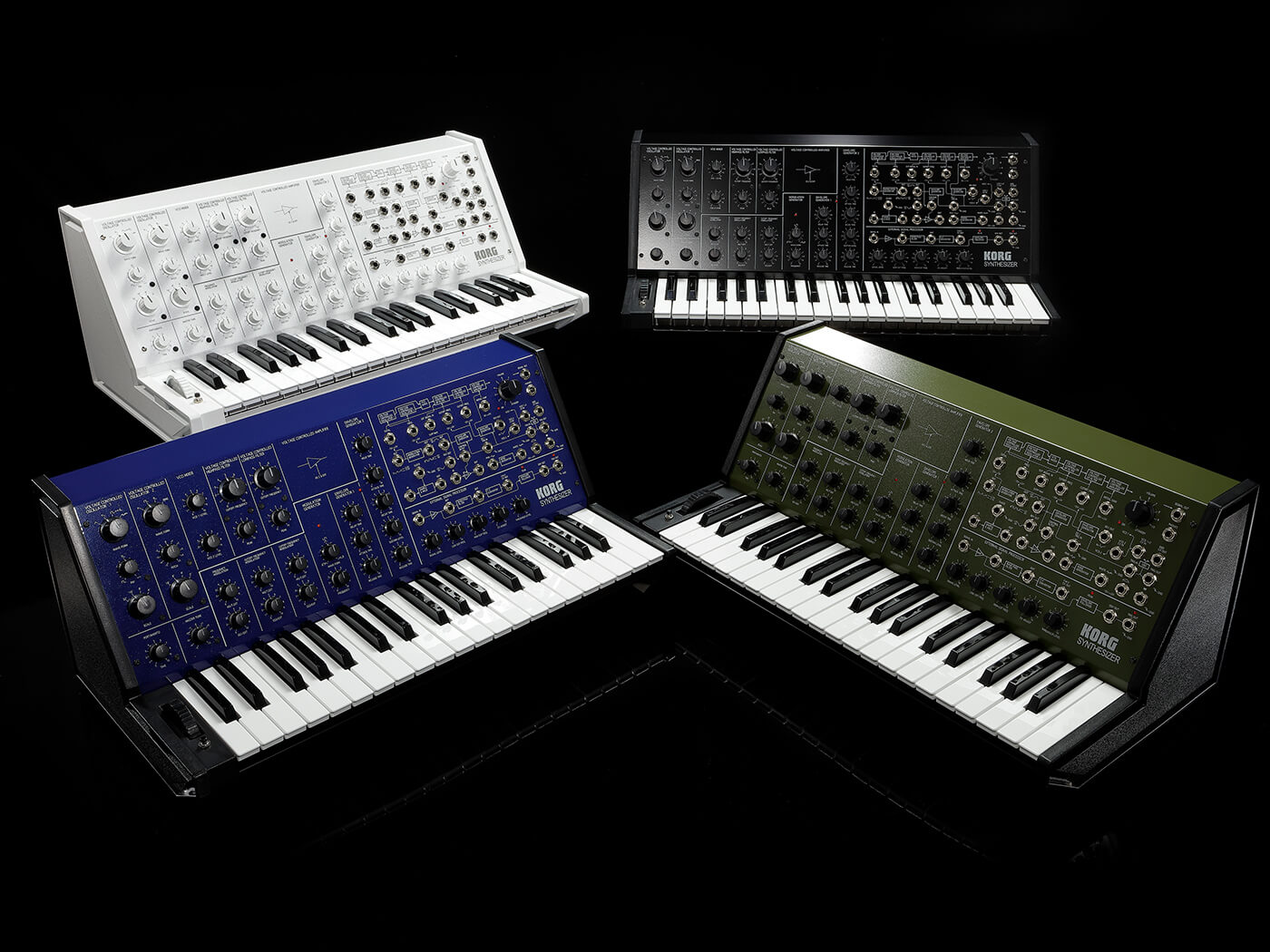 Was that part of the reason to reissue all the different colours?

Not really I don’t think that. We don’t really look at other manufacturers and let them influence what we’re doing at all. We just do our own thing. That philosophy has always worked pretty well for us. So that’s what we do.

I’m not sure, but our ARP 2600 was already in development way before that anyway.

So it’s been on the product roadmap for a long time?

Ages. Yes, It takes a long time to develop something like that. I actually can’t remember how long, but it wasn’t probably wasn’t too long after the Odyssey came out. Because once we saw that that brand had been re-energised and people were loving it again, then it was almost like the most obvious thing to do next. And I have to say, the 2600 is probably the most requested product when I go on my travels and talk to musicians, artists and consumers about gear. It’s up there alongside the Jupiter-8, CS-80 and Minimoog.

So what are we going to see any other ARP reissues?

I’m sure there are some other things planned, yeah. It’s a legendary brand and it’s so cool that Korg is working with it. We want to make the most of it. So I don’t think there’s anything in the immediate future but it’s certainly something that will develop.