The science of wavetable synthesis

Over the last 40 years, wavetable synthesis has become a staple of the music-production world, with the ability to seamlessly soar between waveforms an indispensable ingredient of sound design and electronic music-making. Here, we take a look back at the origins and mechanics of wavetable synthesis, as well as vector synthesis, to get a contextual understanding of this crucial element of the synth world. 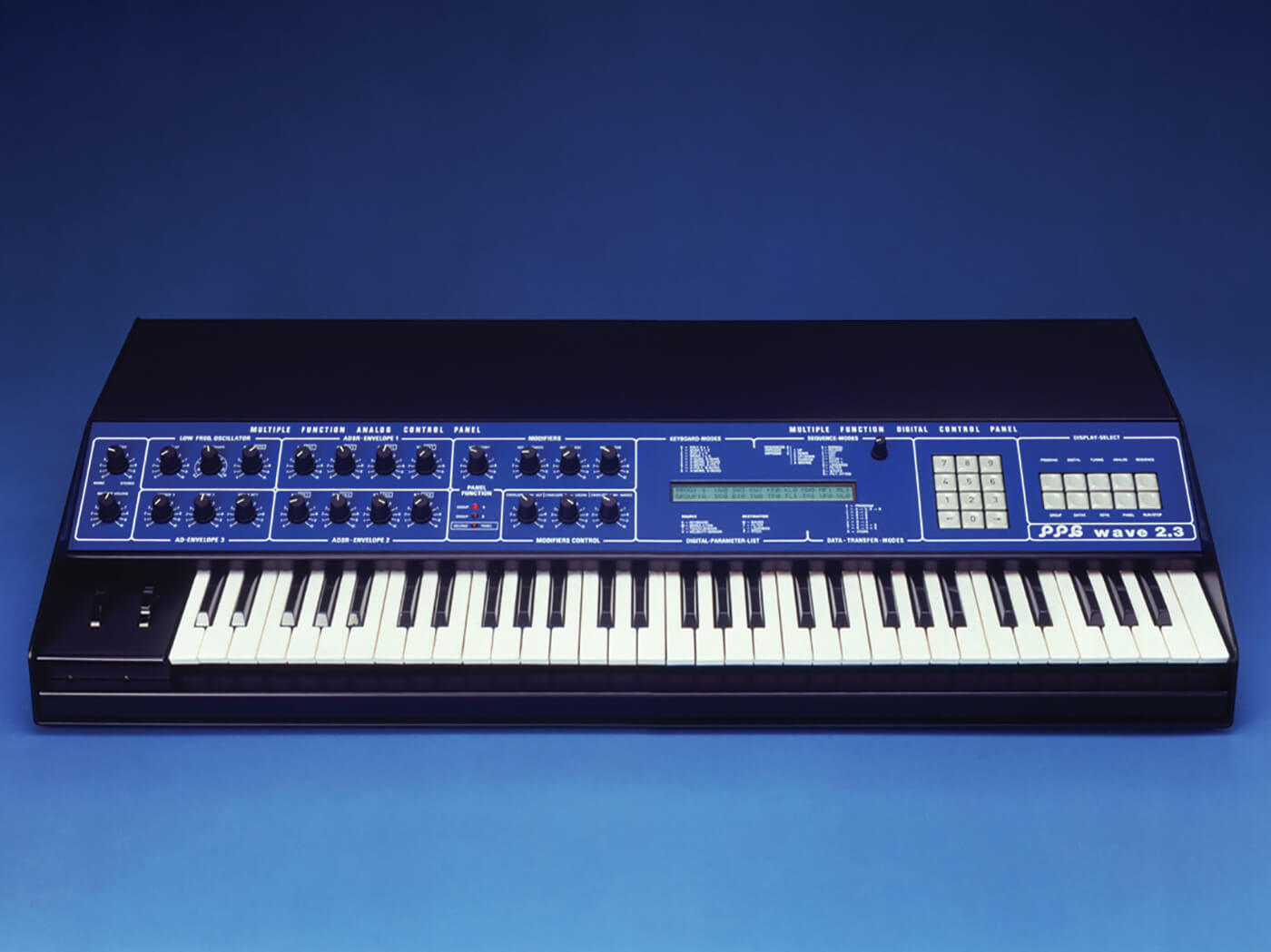 The 70s were a golden age for analogue subtractive synthesis. The technology had matured and developed to a point where there was a wide range of instruments, from simple portable mono-synths all the way up to large, complex modular monsters. But by the end of the decade, advances in semiconductor and microprocessor technology made it possible for existing digital synthesis theories to be made into commercial reality, which opened the door to completely new ways of synthesising sound, too.

As the 80s picked up pace, the colossal price of early digital synths, such as the NED Synclavier and Fairlight CMI, began to tumble and the number of different synthesis techniques on offer proliferated as designers and synth experts explored the new possibilities on offer. The big winners of this period were FM and sample-based synthesis; yet for all of their benefits, these were distinctly lacking when it came to the sort of hands-on immediacy and flexible sonic character that epitomised analogue subtractive synthesizers. But two types of digital synthesis – one contemporary with the rise of FM, the other with the rise of S&S – tried to do things a bit differently…

Talk to the palm

German musician and keyboard player Wolfgang Palm started his synth design company, Palm Products GmbH, better known as PPG, in 1975. The company’s initial releases failed to gain much attention, but they did establish Palm as an inventive and imaginative innovator: His Minimoog-inspired 1020 mono synth was the first to use digitally controlled oscillators (in other words, it stayed in tune!) and his 340/380 system was one of the earliest attempts at computer-based synthesis and sequencing. But despite all of this forward-looking inventiveness, none of PPG’s products sold in large numbers.

By 1980, the ceaselessly inventive Palm had another brainwave, this time for a new type of digital oscillator capable of producing a far greater number of waveforms than a conventional analogue oscillator. Wavetable synthesis (as Palm christened it) used data tables to store digital representations of many different waveforms that the oscillator could then read in order to generate that waveform. Each wavetable contained numerous waveforms, and so by modulating the table position, typically with an envelope or LFO, the timbre of the oscillator’s output could be modified in real time.

For example, a wavetable may contain a sine wave in its first position and a saw wave in its last position, with the intervening positions containing waveforms that are progressively more saw-like and less sine-like. Playing a waveform from a fixed position in the wavetable will give a waveform that has a fixed shape and timbre, but if the wavetable position is varied, then the resulting waveform’s shape and timbre will vary also. If modulating across the entire wavetable, the output signal would morph smoothly between sine wave and saw wave.

Following a couple of early attempts at the technology, in 1981, PPG released the Wave 2. Originally priced at around $10,000/£5,500, the price fell to around $6,500/£3,500 by the end of its six-year production run, the Wave 2 was something of a hybrid, with a fully analogue filter and envelope generator fed by digital wavetable oscillators. This meant that where a conventional analogue synth may have offered perhaps six or seven waveforms at best, the Wave 2’s oscillators had access to 30 wavetables, each containing 64 waveforms, for a total of 1,920 different waveforms.

At last, PPG had a successful product on their hands. But by 1982, Palm was up to his old tricks again, designing an all-new computer-based music system called Waveterm and, once done with that project, turning his attention in 1985 to his next big idea…

The Realizer was intended to be an all-in-one combination of recording, sequencing, mixing, sampling and synthesis, with the ability to load emulations of other synths and instruments. This sounds very familiar and normal in this day and age, but in the mid 80s, it was way ahead of its time – too far ahead, as it turned out: Realizer R&D burned through PPG’s funds, its immense $60,000/£34,000 projected retail price was considered utterly unrealistic and the company could not secure new funding. That signalled the end for PPG.

Palm himself moved to fellow German synth manufacturer Waldorf, who also acquired the bulk of PPG’s technology. This they made good use of with the Microwave – essentially a PPG Wave 2.2 in a rackmount box – and subsequent products that incorporated many of the wavetables and technology that had been developed by PPG. Wavetable synthesis is alive and well to this day, lying at the heart of some of the best plug-in synths such as NI’s Massive and Massive X.

As well as seeing the demise of PPG, 1986 was also the year that Dave Smith’s Sequential Circuits released their first-ever digital synth and, sadly, the last product of their original guise. With the Prophet VS, Sequential were aiming to use their own vector-synthesis technology to challenge the growing dominance of the Japanese manufacturers.

It featured four oscillators per voice, with a choice of 127 waveforms available to the oscillators. The relative balance of these four oscillators could be mixed and adjusted – or vectored – using envelopes, LFOs and the like, or by using the joystick controller situated on the instruments top panel. This was not dissimilar to the Roland D-50’s tone vectoring, but it was much more intrinsic to the sound of the Prophet VS and gave the synth the ability to morph and modify its sound in unique and creative ways.

The idea was sound – the Prophet VS was well received and remains a highly sought-after instrument, but unfortunately, it came too late to save Sequential Circuits, which went out of business in 1987. Sequential’s technology was acquired by Yamaha, who wrapped it up in 1990’s SY22 and TG33, while Dave Smith found a new home at Korg where he continued to work on his vector-synthesis ideas.

This effort culminated in the Wavestation series of synths, which added wave sequencing to the vector-synthesis recipe. This allowed the waveforms and samples contained in the Wavestation to be strung together into rhythmic and ever-changing patterns. Coupled with their waveform vectoring ability, this made the Wavestation fantastic at producing ever-evolving pads and textures, and esoteric noises and effects. They’re not too shabby at standard instrument emulations, either. Today, vector synthesis lives on in the form of Korg’s plug-in version of the Wavestation, and in Arturia’s Prophet V plug-in and iProphet app for iOS.