The Abbey Road One project gains a fantastical new woodwind library that invites you to phone home. 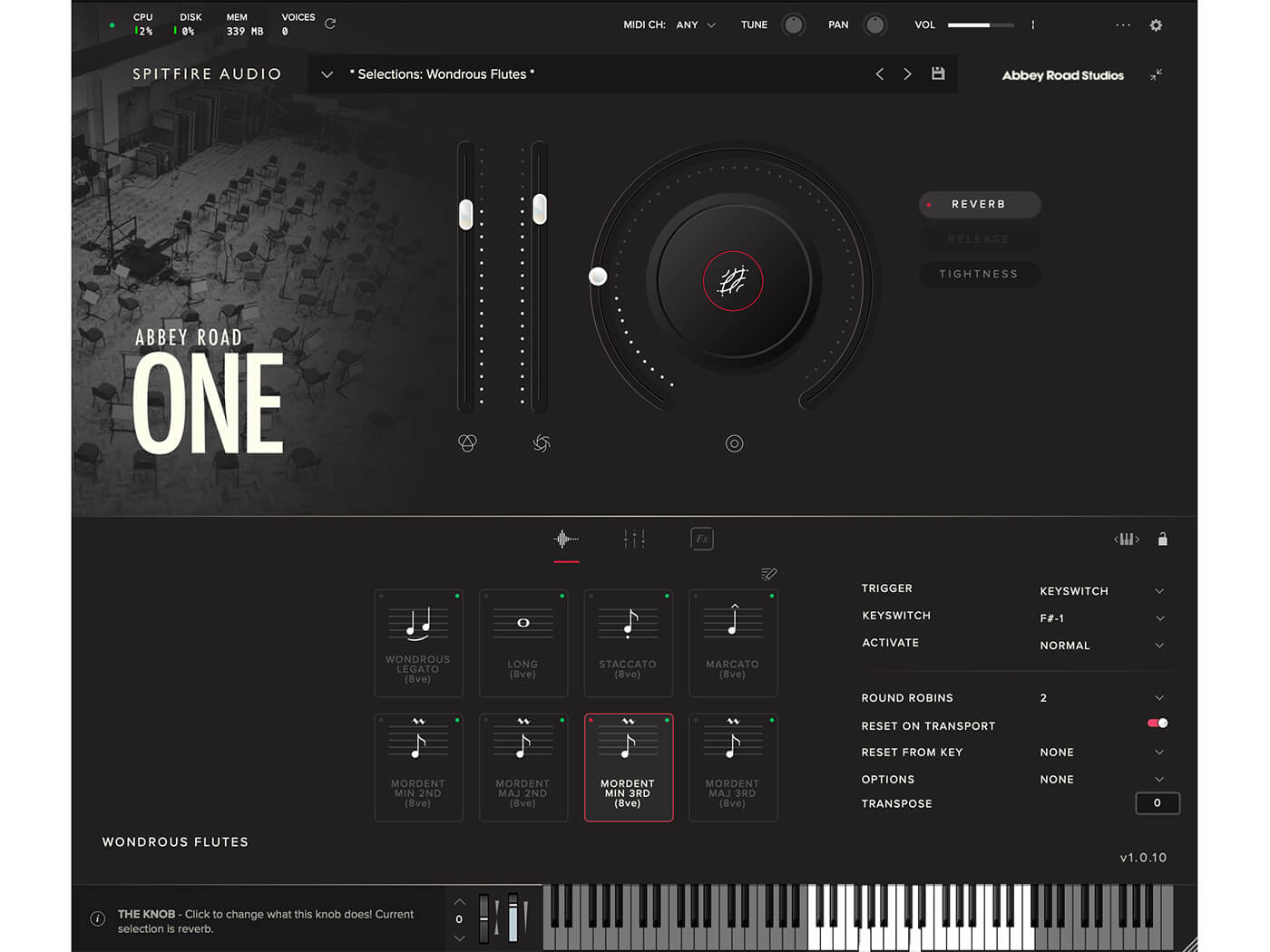 ⊖ No way to separate piccolo and flute parts

When it comes to cinematic orchestration, Spitfire Audio has designed Abbey Road One libraries for a fast-tracked approach. Wondrous Flutes offers the fixed, classic combination of two flutes and a piccolo, and it sounds delicious.

When Abbey Road One: Orchestral Foundations brought the iconic, cinematic sound of London’s most famous orchestral recording room under the Spitfire Audio sample library umbrella, we were told that this was just the start.

Spitfire promised a modular approach with new, focused libraries to support the broad brushstrokes of the Foundations library, and Spitfire Audio hasn’t disappointed with Sparkling Woodwinds and Legendary Low Strings added since that first release. Wondrous Flutes is the British sample maker’s fourth library in the series.

This offers one of the most sonically satisfying and frequently-used woodwind pairings favoured by film score composers – a pair of flutes and a piccolo playing an octave higher.

There is no shortage of examples of this to be found in the pantheon of Hollywood soundtracks and, as Paul Thomson of Spitfire Audio demonstrates in his excellent walkthrough tutorial.

However, probably the most famous example is John Williams’ magical score for E.T. John Powell also features this orchestration pairing through all three of his How To Train Your Dragon scores.

The download size of the library is a little under 7GB. While you can install it on the hard drive of your choice, if you own the core Abbey Road One: Orchestral Foundations library, Wondrous Flutes can be accessed via the Selections tab within this library, allowing you to readily pair it with the rest of the Abbey Road Orchestra.

The first articulation is a stunning Legato patch which shows the woodwind combination in all of its glory. It responds well to rapid note flurries and longer, more melodic phrases alike, with the Modulation wheel accessing the dynamic sample layers and Expression offering volume over MIDI, as per the Spitfire Audio standard.

For chordal, sustained performances, the Long patch comes next. There are two flavours of shorter notes, with a punchy Staccato patch and a longer, rounder Marcato alternative for when you need slightly bolder reinforcement. But the patches most reminiscent of Williams’ E.T. score come in the form of mordents, of which there are four discrete choices.

A mordent is a performance technique where a player performs one note, rapidly steps up to another (usually a semitone or tone higher), then steps back down to the original pitch. Think of it as an abridged trill. Wondrous Flutes offers semitone, whole tone, minor 3rd and major 3rd versions of this technique. You’ll find them instantly familiar, offering a wide-eyed, fantastical sound that works well both when playing single notes and even better when playing chords of two or three notes.

The only drawback of Wondrous Flutes is the fixed relationship between the Flutes and Piccolo; they’ve been recorded together, so there’s no way to separate them to use one or other instrument. But the Abbey Road One collections have made this their mission statement from the beginning; here is a selection of scoring tools designed to get you to a great sound with minimum fuss. To that manifesto, Wondrous Flutes is a glorious addition and, if you’re drawn to this orchestral pairing, it’s a steal at £49.