EQ plug-ins that offer oodles of bands, and clever ways of processing a sound, don’t guarantee the success of your equalisation endeavours – sometimes, less is more. 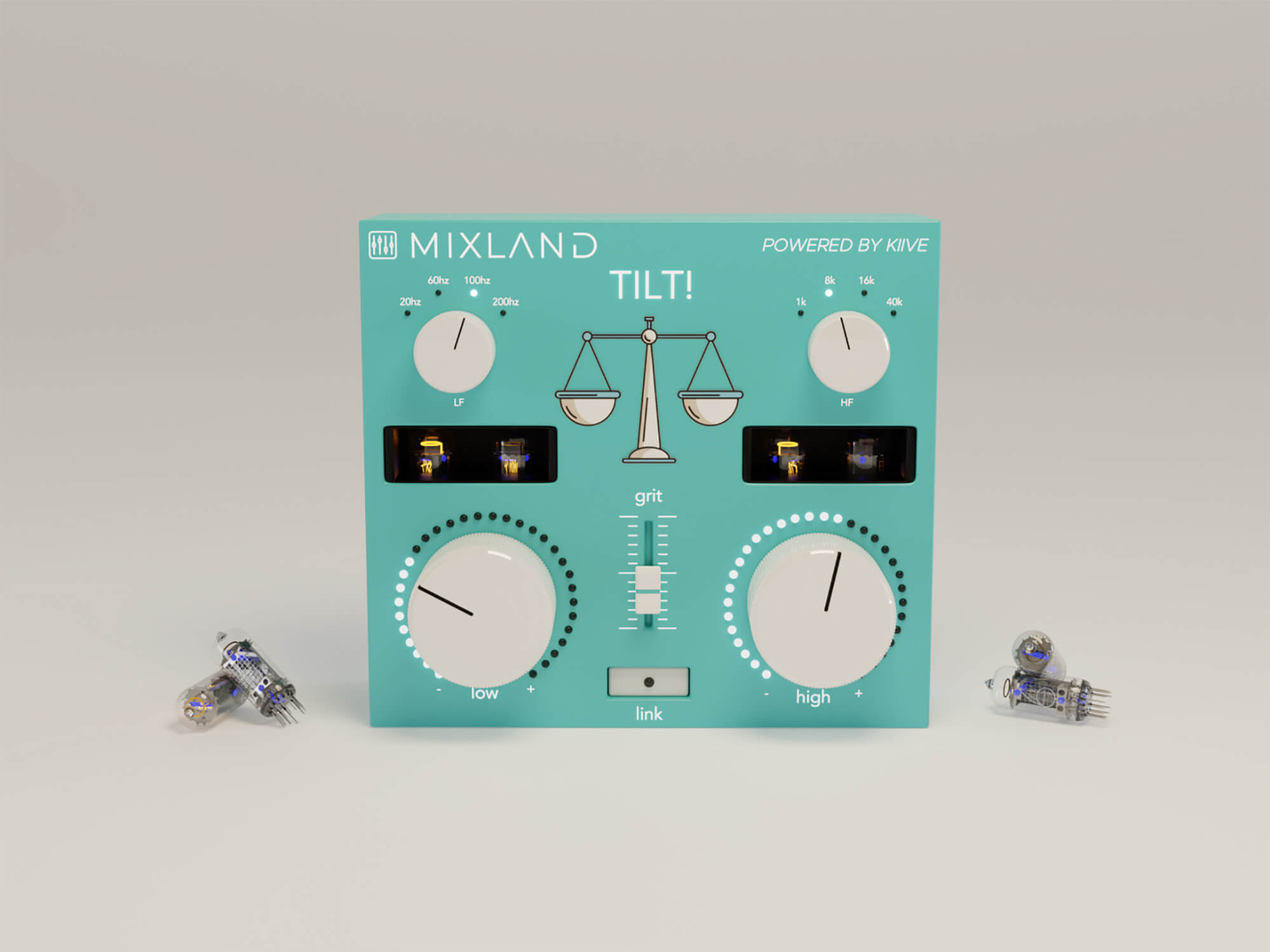 
The current vogue in EQ plug-ins is for ever-more bands, and ever-more unconventional ways of working on different components of a sound (see for example, Eventide SplitEQ). This may result in an amazing depth of tonal control, but all can get a bit convoluted and clinical. So it is refreshing to meet Tilt!, a new straightforward EQ from Mixland.

Tilt! (the exclamation point is part of the name – we aren’t just shouting about it) offers two shelving EQ bands, one low and one high. By default, these are linked together, to give a classic tilt EQ response where, for example, boosting the high shelf will cause the low shelf to be cut by the same amount. This is particularly useful when all you want to do is adjust the overall tonal colour of a part, stem or mix. 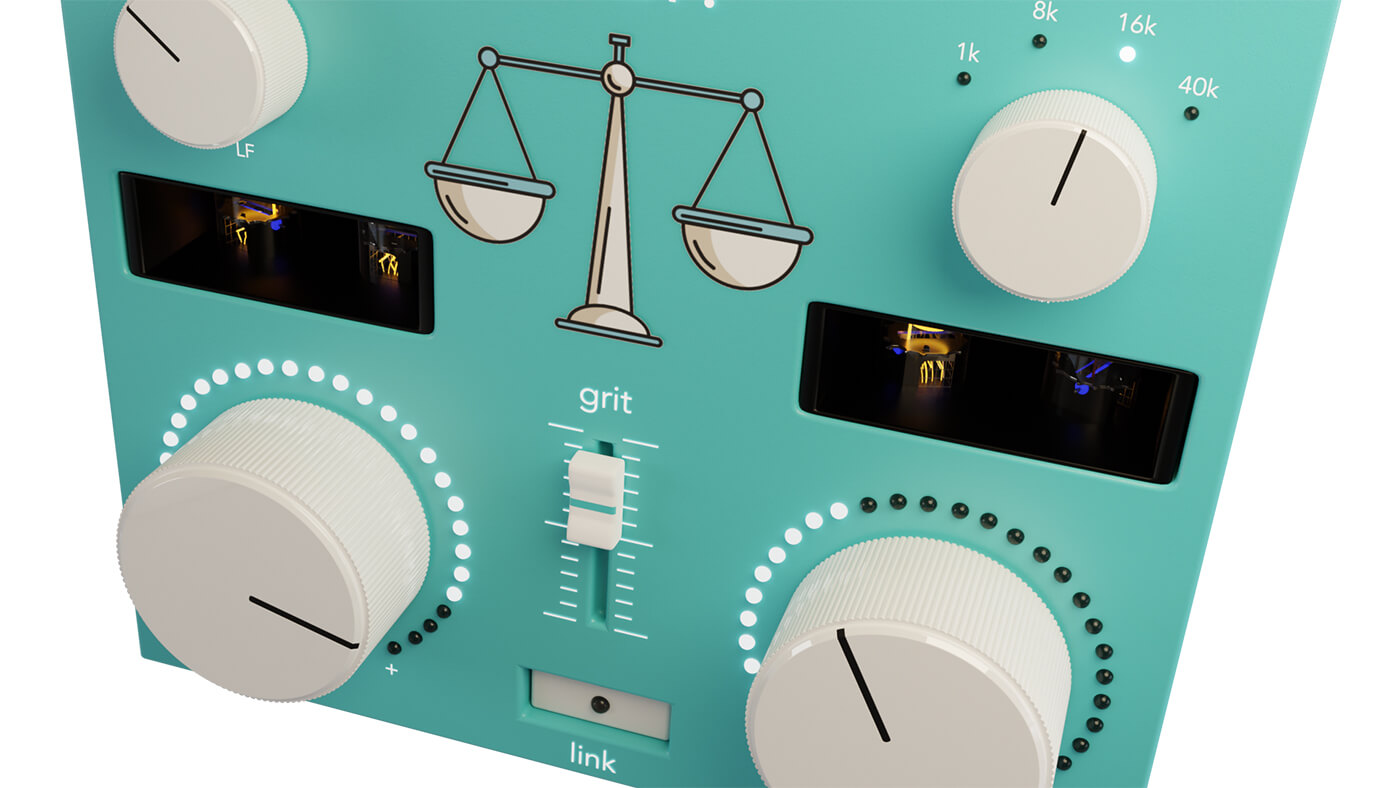 The two EQ bands can also be unlinked, so the plug-in can operate as a conventional 2-band shelving EQ. Where Mixland have missed a trick is that, when switching from unlinked to linked operation, the relationship between the cut/boost of both bands snaps back to a direct mirroring; we think it would have been much more useful if the offset between the bands were retained when they are relinked.

Each of Tilt!’s bands can be switched between four different corner frequencies: The low shelf offers 20Hz, 60Hz, 100Hz and 200Hz; the high shelf’s options are 1kHz, 8kHz, 16kHz and 40kHz. Astute readers will have already clocked that the lowest and highest corner frequencies lie outside of the range of human hearing, and as such seem rather pointless. In practice, the shelves used by the plug-in are very gentle,  so the resulting EQ curves extend a fair way beyond the corner frequencies, meaning audible frequencies are still affected when using these extreme corner frequencies. That said, the impact of boosting or cutting with the high shelf at 40kHz can be incredibly subtle. 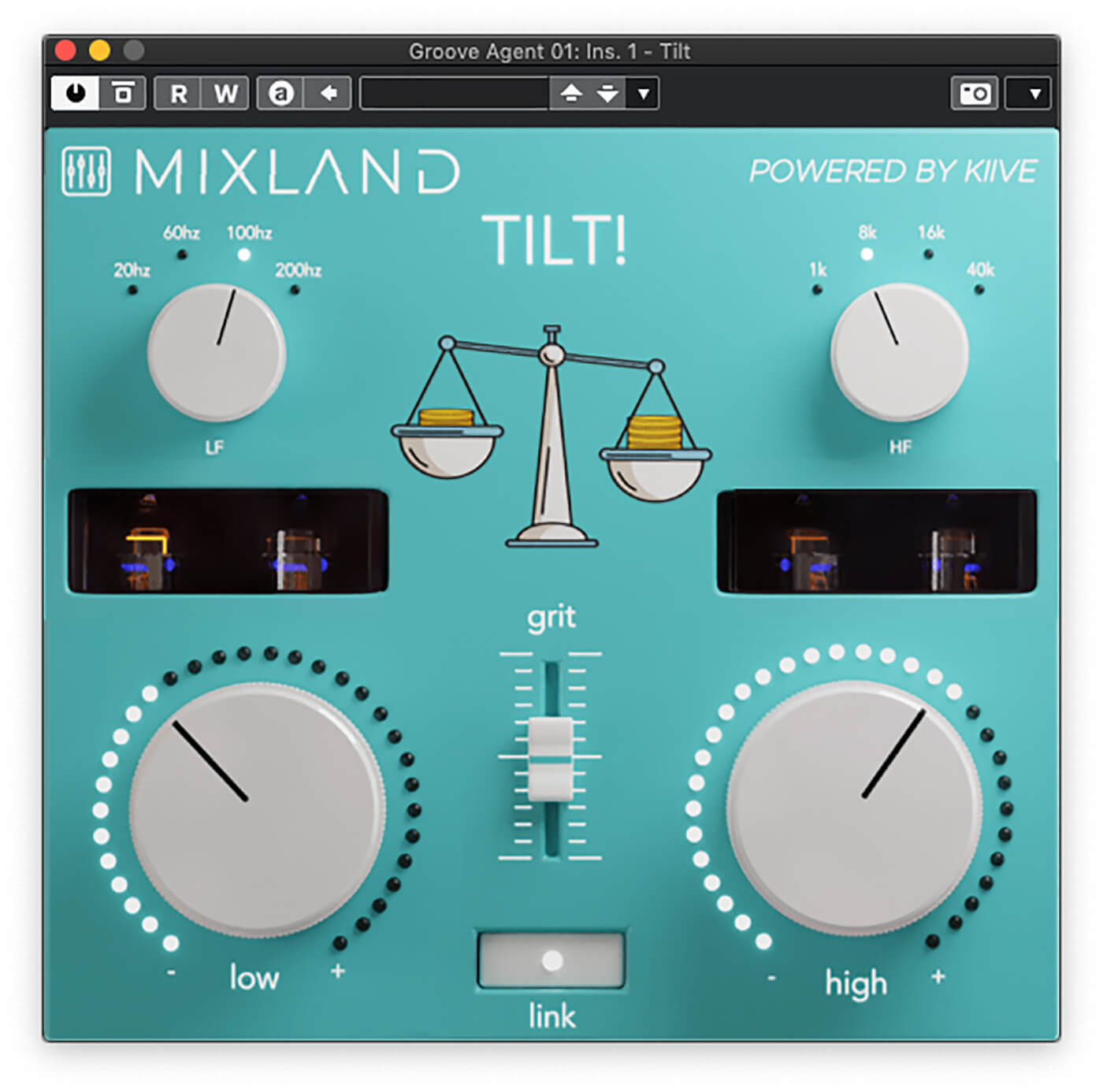 To impart additional character, Tilt! includes a model of a vacuum tube output stage. This interacts well with the EQ, and so the amount of dirt and saturation produced is somewhat determined by the EQ settings. There’s also a separate Grit fader that offers overall control over the drive. The tube emulation is pleasing, especially at the low end where it is quite warm-sounding when not being pushed, and becomes authentically ’woof-y’ and flabby when driven hard.

The output tube is much less sensitive at higher frequencies so, while it can add some nice sizzle when used on individual, non-bassy parts such as hi-hats, when used across a full drum part, a stem or a mix, the low-end will be completely saturated long before you’ll get any particular sizzle in the top end. This is true even if Tilt!’s low band is fully cut and high band is fully boosted.

Altogether, then, Tilt! is much more about character than it is precision. In some circumstances, and with some production styles, this makes it an ideal tool; in other situations the imprecision renders it less useful. The price is a good deal, though, and well-worth it for use in those situations that play to Tilt!’s strengths.