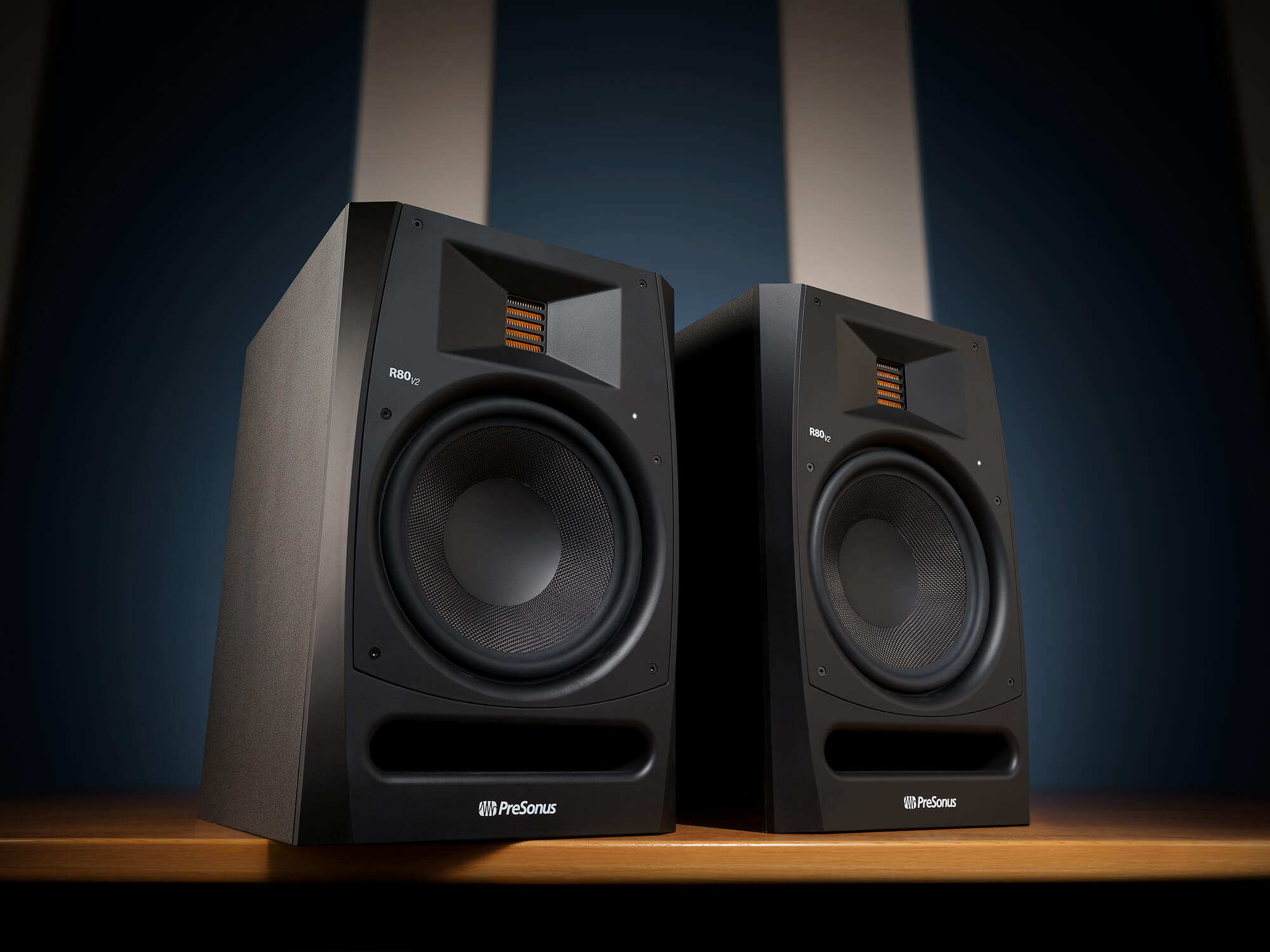 ⊖ A touch of harshness in the upper mids

The R80 V2s made a positive first impression with plenty of low-end punch, mid-range definition and high-end precision. The admirably low bass response end stop of 40Hz suffices for most production situations, but a sub can be added with the low-cut switch (80Hz or 100Hz) for a more accurate reference.

Cranked up and fed some heavy bass, the R80 V2 low-frequency (LF) driver will rock most small- to medium-size rooms. The response is tight with no resonances and no overt bass extension port chuffing. A well-mixed low-end won’t be impeded by these monitors, and a poorly mixed one will be exposed. The Acoustic Space control offers users a little trim below 800Hz to compensate for wall proximity and is effective when there is little choice but to hem the R80 V2s in. 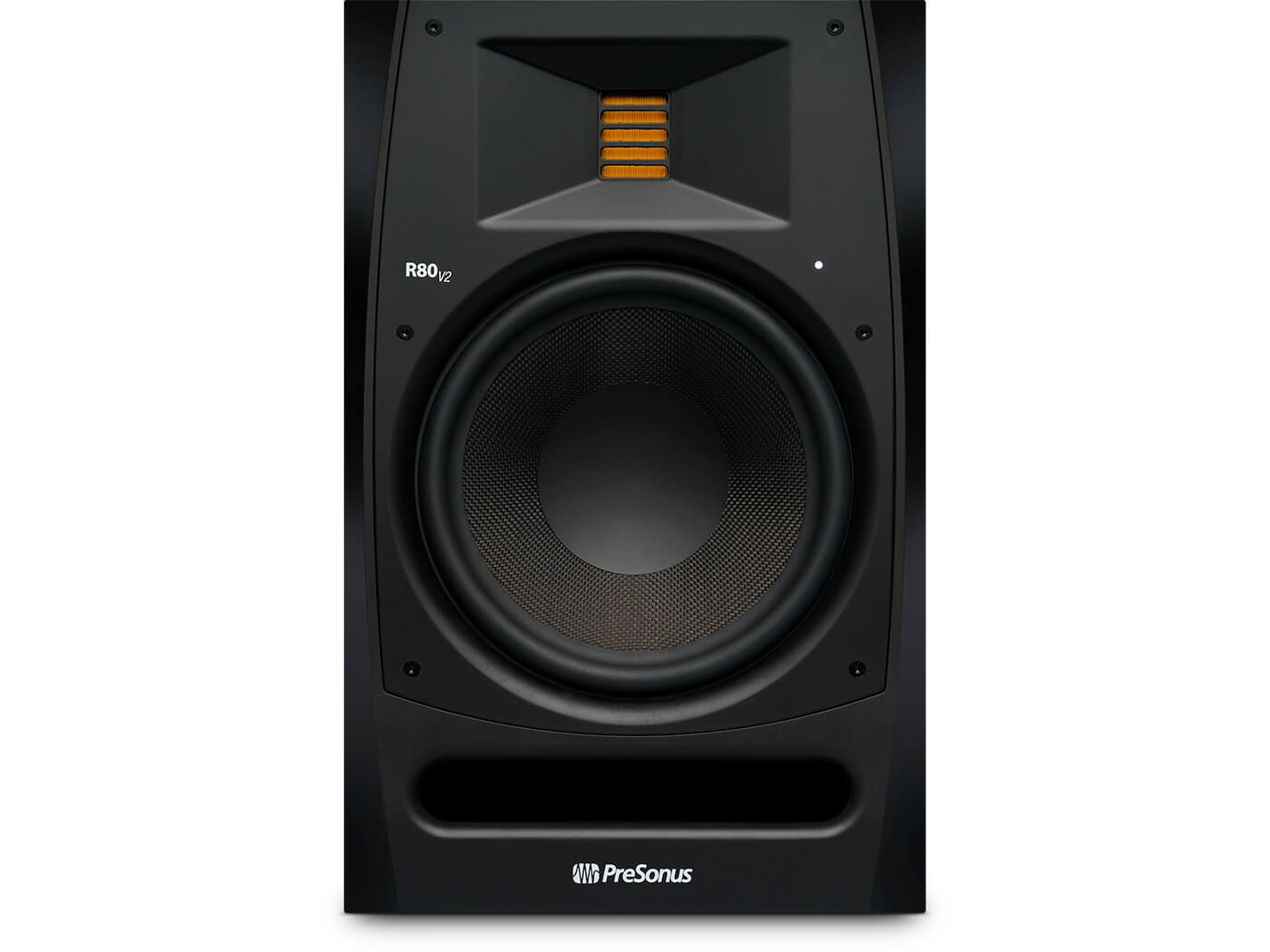 At the high-end, transients are satisfyingly clear, emitting detail whether you want it or not. The AMT driver projects over a wide axial range, which benefits the stereo imaging for both listeners in the ‘sweet spot’ and those off-centre. The 10kHz shelving EQ can compensate for overly-absorptive rooms and temper the high-frequency range for subjective reasons.

The low-end of the tweeter’s activity is where the R80 V2 is at its weakest. Within the 3-4.5kHz range, there is harshness at loud levels. Brief high-volume excursions are critical to mixing and mastering, and when a sensitive frequency range pokes out, it can lead to undermixing. Unfortunately, the overall high quality of the frequency response reveals this slight wrinkle. 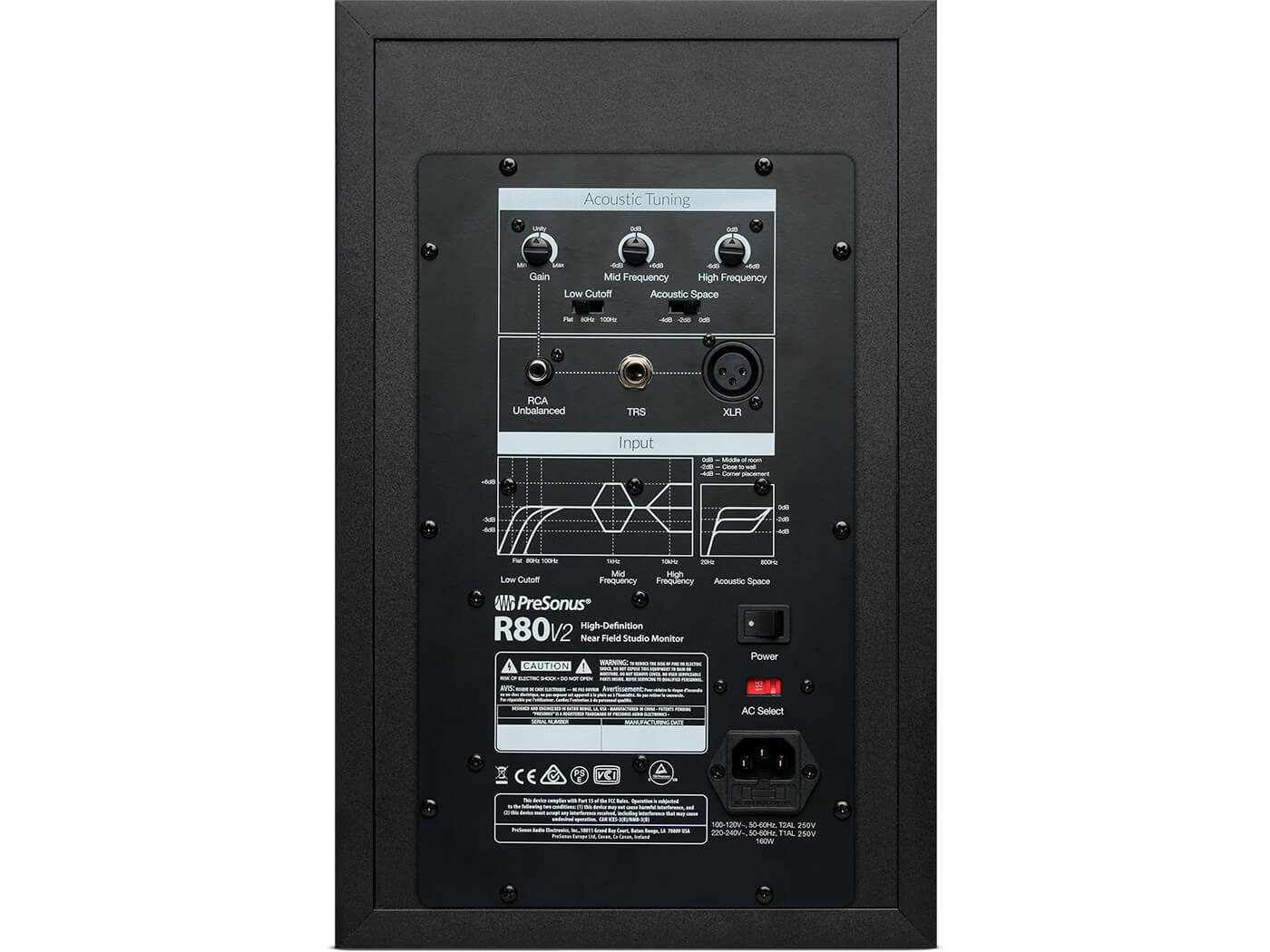 Besides carrying out sound design and mix work with the R80 V2s, we used the following tracks as references:

Beck’s Dark Star pairs a sustained, deviously funky synth bass with semi-dry drums that hold their own on the R80 V2 sound stage, even when string and vocal stacks command the foreground. The transient response means the twinkles and bells pinging around the mix are never lost, while the string bows are appropriately 3D.

Hard Times by Blakroc features a pounding drum and bass combination that loses none of its heft on the R80 V2s. The background elements, such as organ, piano and percussion, remain precisely where they are meant to be, even when the vocals dominate the centre and the hard-panned guitars eat up the sides.

Pulling The Pin by Run The Jewels is a dense mix that retains its depth, weight and width when Killer Mike and El-P are on the mic. The track’s highlight, Mavis Staples’ painfully emotive vocal, is carried effortlessly by PreSonus’ monitors, bringing the tiniest of vocal cord scratches to life.

PreSonus’ R80 V2 monitors are a worthy choice for those moving on from the entry-level market but can also be useful for writing rooms and production suites without breaking the bank. 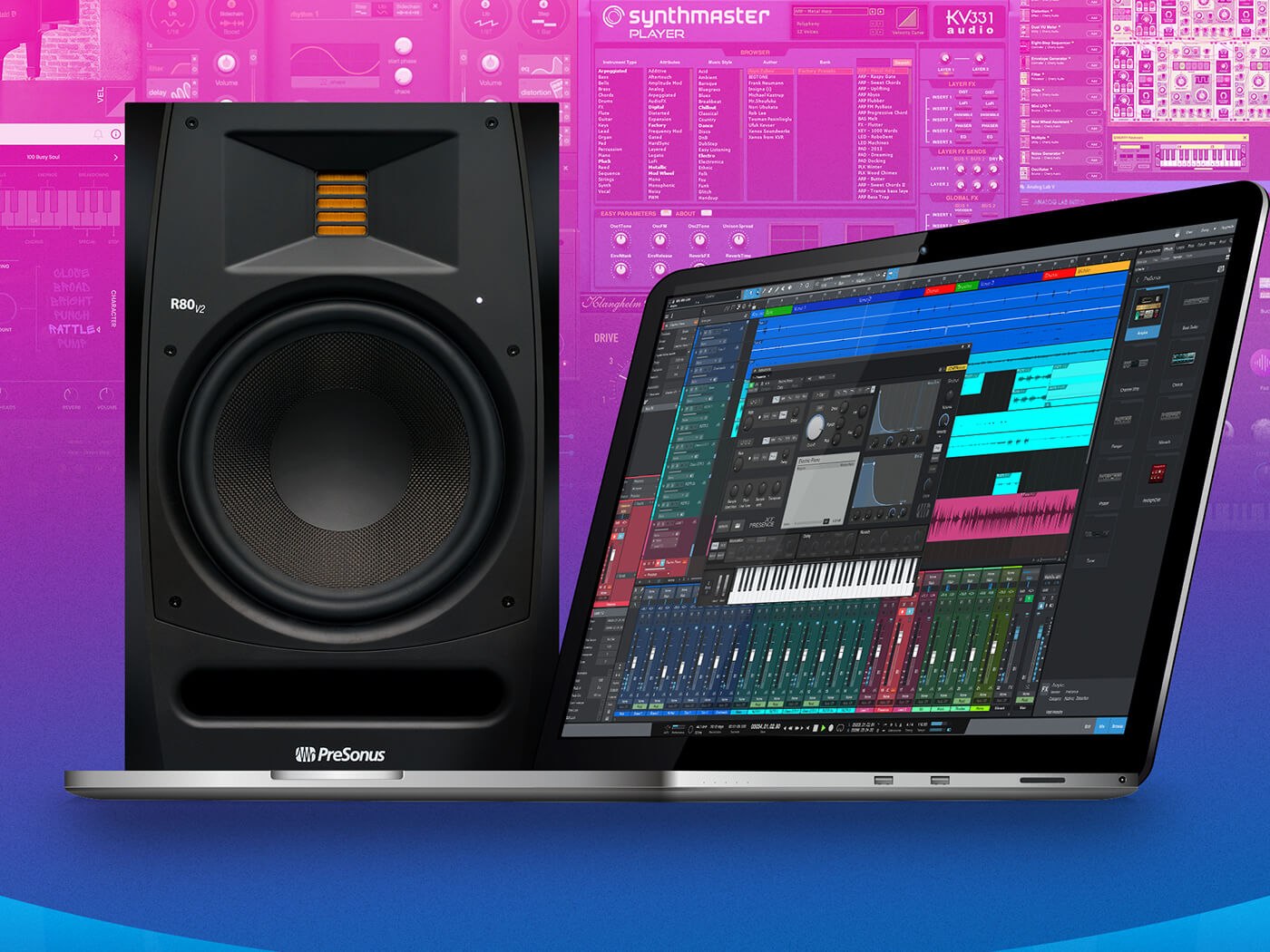