Kit Plugins is continuing its partnership with Blackbird studios emulating their vintage hardware. Does this latest emulation continue the winning combination? 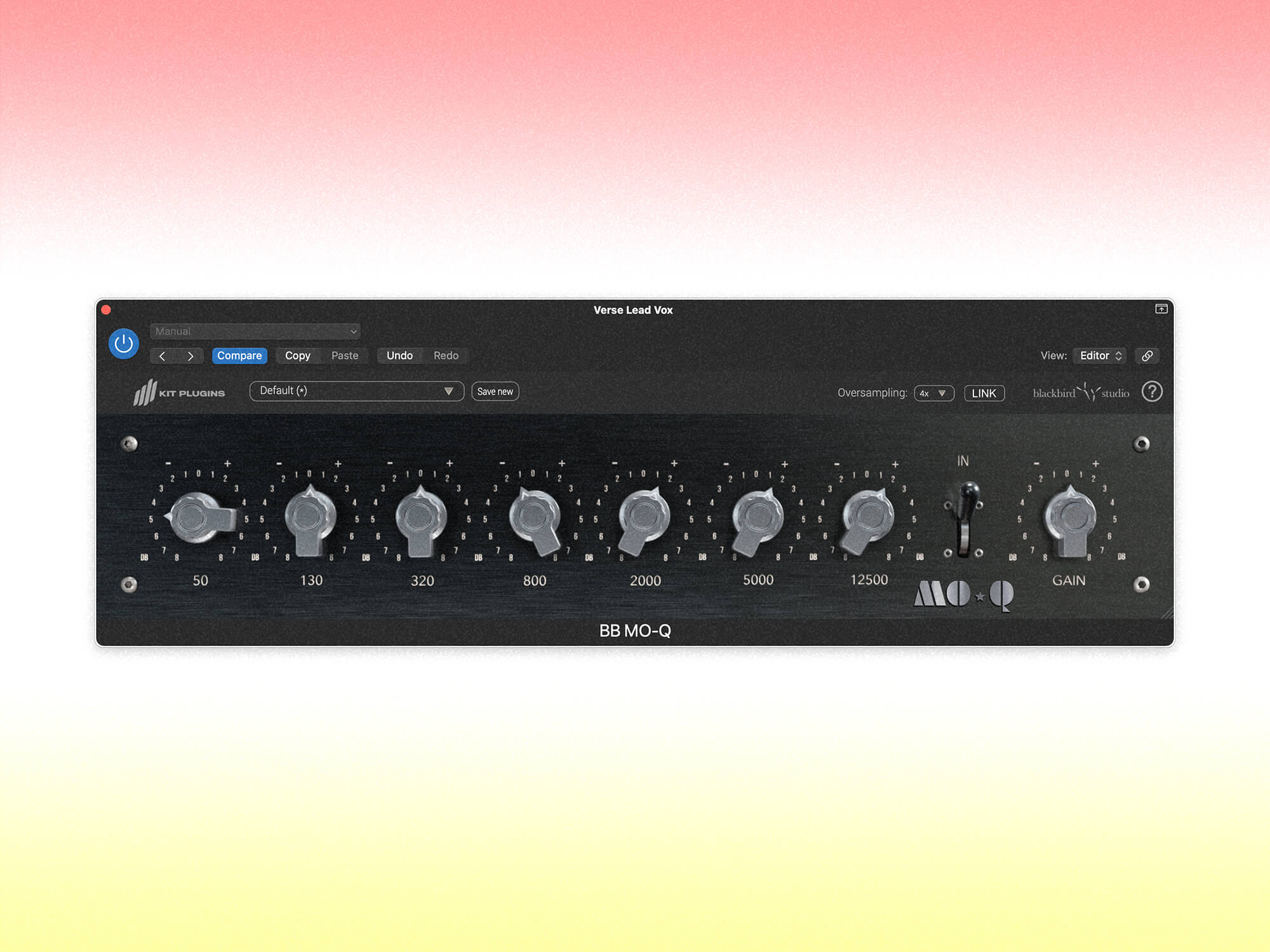 Blackbird Mo-Q is the second plug-in from Kit Plugins’ collaboration with Blackbird Studios, arguably one of the finest studios in Nashville, Tennessee. The first product was an emulation of the fabulous Neve desk that sits at the heart of Studio A and the second, under review here, is an emulation of one of the original Motown passive EQ units used on countless recordings over the years.

The original black-faced units are now extremely rare and Kit has used its hardware modelling technology to emulate the nuances of one of the original EQ units housed at Blackbird.

The Mo-Q is a seven-band fixed EQ with a bell-shaped curve on each band. The fixed-bands range from 50Hz up to 12.5KHz, so some producers might find the lack of control beyond 12.5kHz a problem for taming higher frequencies. Equally, some might mourn the lack of a 1K adjustment. But the Mo-Q isn’t designed to be the perfect EQ for all people – it’s an emulation of a very specific piece of hardware.

We first tried the Mo-Q on vocals and were pleased to hear it working quite nicely. The original vocal is just a demo version, so is a little muddy and not perfectly captured, but reducing the gain on the 50Hz control cleaned up the muddiness at the bottom end and made the diction much clearer.

To improve the clarity further, we’d normally be exploring the 800-1000Hz range for a male vocal, and the Mo-Q only has the former. With a slight boost to the 800Hz control, the clarity of the words became more obvious, but with a female vocal sitting slightly higher, it might be slightly less powerful. The final adjustment was in the high frequencies. Again, because this was a demo recording, the room sounded a little dark, so a tiny touch of the highest band (12.5kHz) lightened up the whole recording.

Next, we used the plug-in on a synthesised kick drum sound – not particularly the sound that this processor was originally designed to treat but worth trying. When EQing a kick, our default starting point is to apply a shelf on the bottom end to give the kick some depth but that isn’t an option with the Mo-Q. The kick in question was competing with a very loud synth bass part, and by subtly removing some of the very low frequencies of the kick, with the 50 and 320Hz, and boosting the 130Hz controls, it tightened the kick sound and allowed it to punch through the mix. 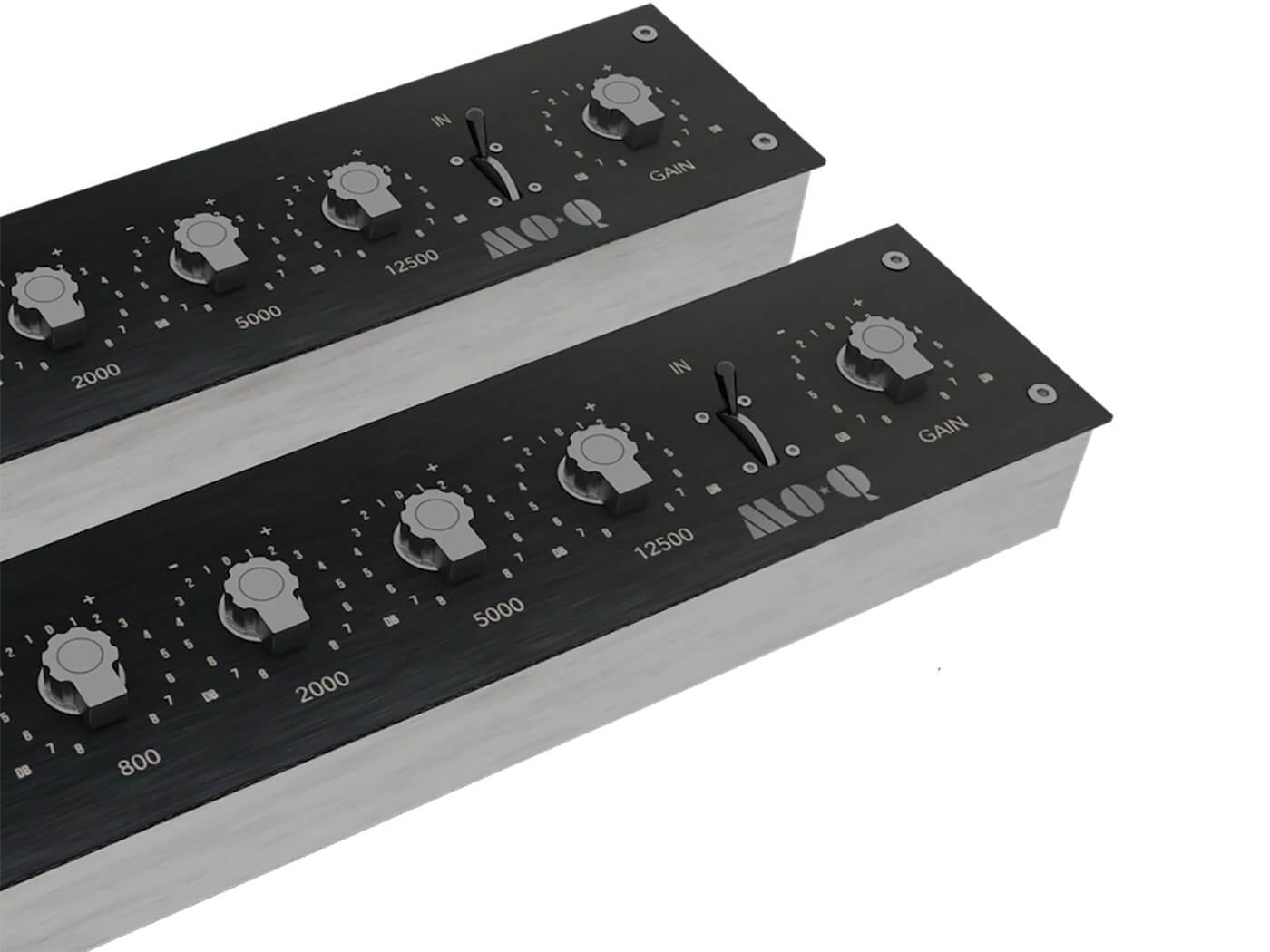 The final test was using the Mo-Q as a bus processor on the main output channel. The track was bass-heavy, meaning a slight reduction on the bass-end and a boost at the top seriously improved the overall clarity of the track. The Mo-Q was also highly useful for reducing a general ‘honkiness’ in the low-mid frequencies. The plug-in works very effectively as a bus processor.

This EQ is designed to be an all-rounder that emulates a particular piece of vintage gear. However, to our ears, it just sounds like a reliable EQ. We couldn’t hear any particular differences that separate the Mo-Q from many other EQs. That said, it is impressive – it’s effective at adjusting the frequencies in useful places to create musical results with minimum amount of control. It’s powerful in a range of scenarios and could easily be a useful EQ to position on an output bus for final shaping.