In a market where there’s often little to help one differentiate between competing offerings, Audient lays out a stall that’s all about quality of results 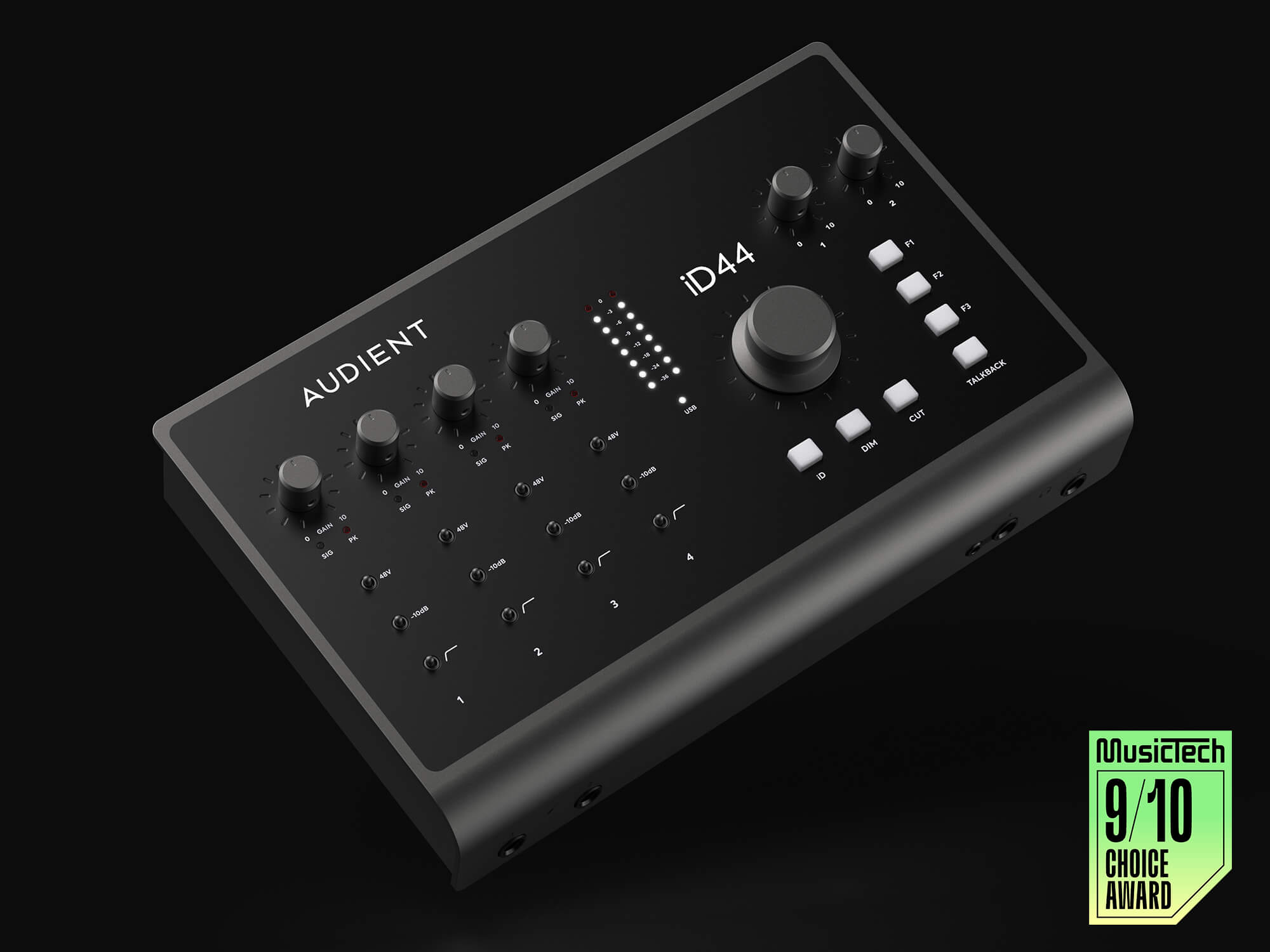 In 2021, UK audio hardware specialist Audient began an overhaul of its iD range with new versions of the popular iD4 and iD14 audio interfaces. One of the key selling points of these interfaces is the inclusion of Audient’s bespoke mic preamps, as found in its revered ASP8024-HE console, that lends these unassuming little audio I/O boxes a true British console sound. Those preamps have once again been called into service now that Audient’s overhaul has jumped to the top of the iD range.

The new iD44 MKII has received the same visual sprucing-up as its stablemates, and so it’s out with the brushed silvered aluminium, and in with a sleek smoke-grey metal enclosure with a matte black top panel. It’s an attractive look with smart white LEDs and colour-coordinated knobs but, more importantly, it feels solid and well built too.

All channels can take mic or line inputs via the XLR/jack combi sockets located on the rear of the interface. The first pair is also able to take instrument level inputs via a pair of front panel jack sockets. This is a common feature among audio interfaces, and welcome, but there’s something much less common here too: insert points. 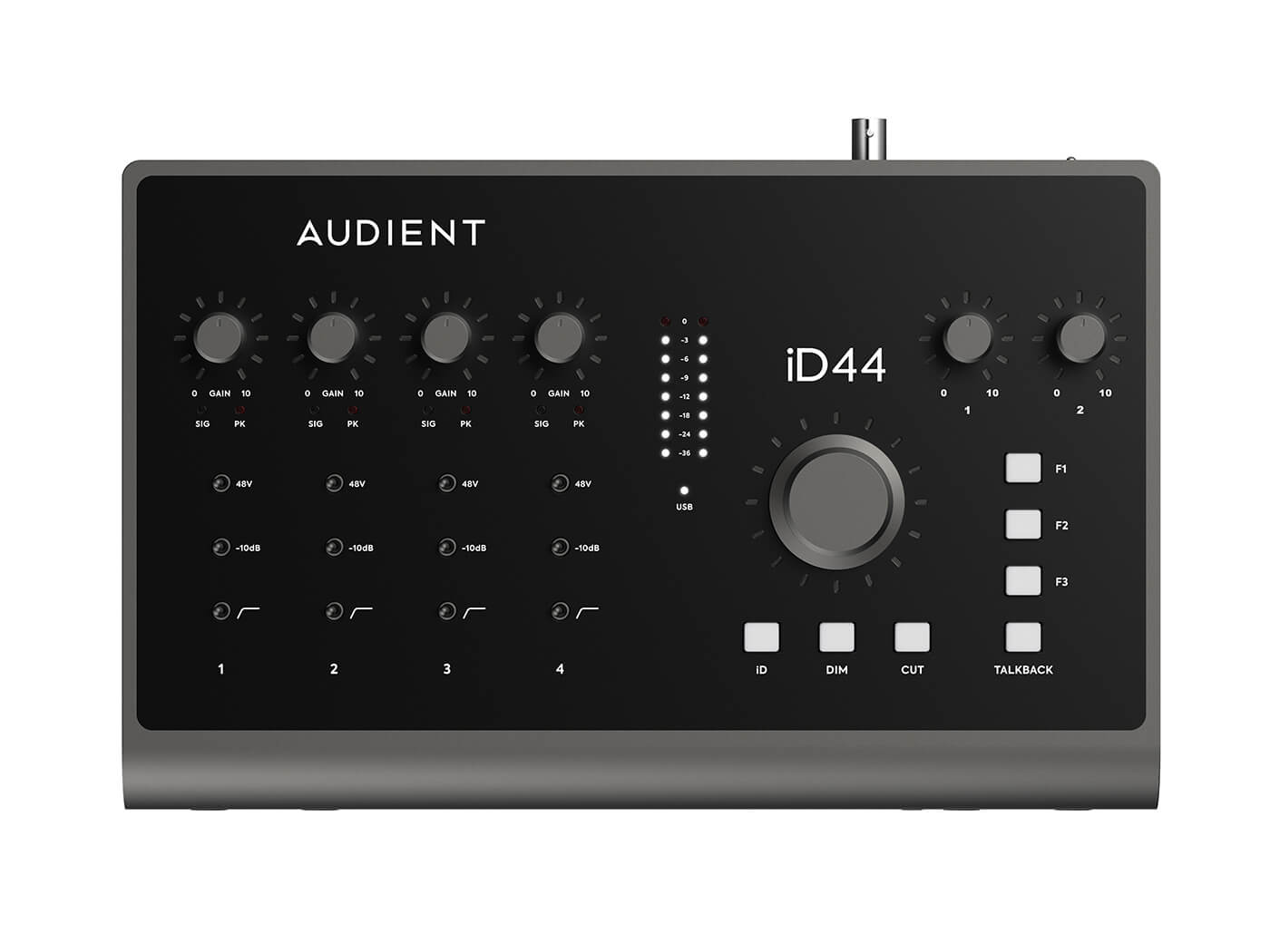 Nearly all mixing consoles feature insert points on every channel. These allow the preamped signal to be fed through additional outboard processors before being passed back into the mixer channel, and so are ideal for adding input conditioning processing, typically dynamics and EQ. In the case of iD44, it allows such conditioning to be applied at the correct point in the chain – the post-preamp and pre-converter – which is simply impossible with the majority of other audio interfaces, even high-end ones.

The insert loop is fully balanced, so should not pick up any noise, and the insert connectors are half-normalled, making them even more useful – with nothing plugged into the return, the send can be used as a direct out signal from the preamp without interrupting the main signal going to iD44’s analogue to digital converters. Furthermore, if you have an external preamp that you’d like to use, the return socket lets you bypass iD44’s preamp entirely and feed a signal directly into those converters.

The converters themselves have been updated too, with a 9dB improvement in total harmonic distortion and noise. We can say, without a doubt, that the new converters are ultra-clean and accurate, and deliver a sound quality that’s comparable to interfaces costing at least twice the price.

The signals carried by the outputs depend upon how the interface’s internal routing map is configured, a job that’s performed within the iD software. This software is used primarily for mixing iD44’s input signals with internal busses being sent from your DAW – mixing input signals with DAW output signals allows for ultra-low-latency direct input monitoring, of course.

Five independent mixes can be created – a main monitor mix and four cue mixes – and these can be routed to any of the hardware outputs, as can an alternate monitor output that carries a copy of the main mix. There’s also a DAW THRU mode that routes internal DAW output busses directly to the corresponding hardware bus. 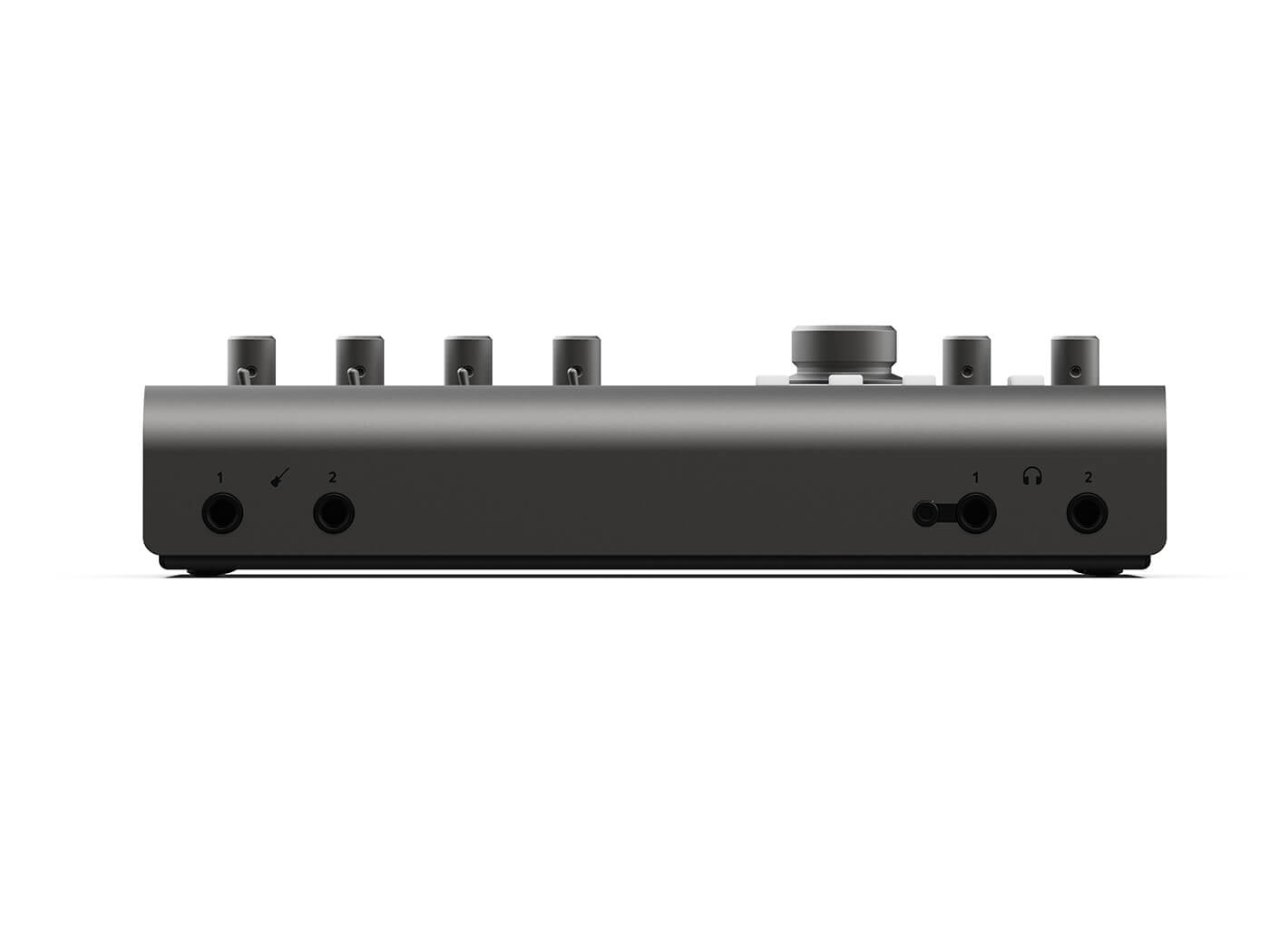 The iD software also allows configuration of the various buttons located on the interface’s top panel – setting the dim level, configuring the talkback mic source, and setting up the three assignable function buttons. These are handy, but there are only three functions that can actually be assigned, so the assignability concept is somewhat superfluous – dedicated buttons, as used for the interface’s Dim, Cut and Talkback features, would have sufficed.

Talking of buttons, iD44 retains Audient’s ScrollControl mode, enabled via the unit’s iD button. This changes the monitor volume control dial into a mouse scroll wheel so that, with your mouse pointer over a numeric value, fader or other scroll-wheel-adjustable widget, turning the dial will adjust the widget in your DAW. With the interface positioned so that your mouse-free hand can reach the dial easily, this is a neat way to get a bit of hands-on control.

As an extra bonus, the software provides a stereo loopback bus that allows any one of the iD mixer’s input sources or output destinations to be routed back to another application. This is particularly useful for screen recording and streaming. It’s also possible to store the current mix and routing setup as a standalone configuration that will be used when the interface isn’t connected to a host computer. 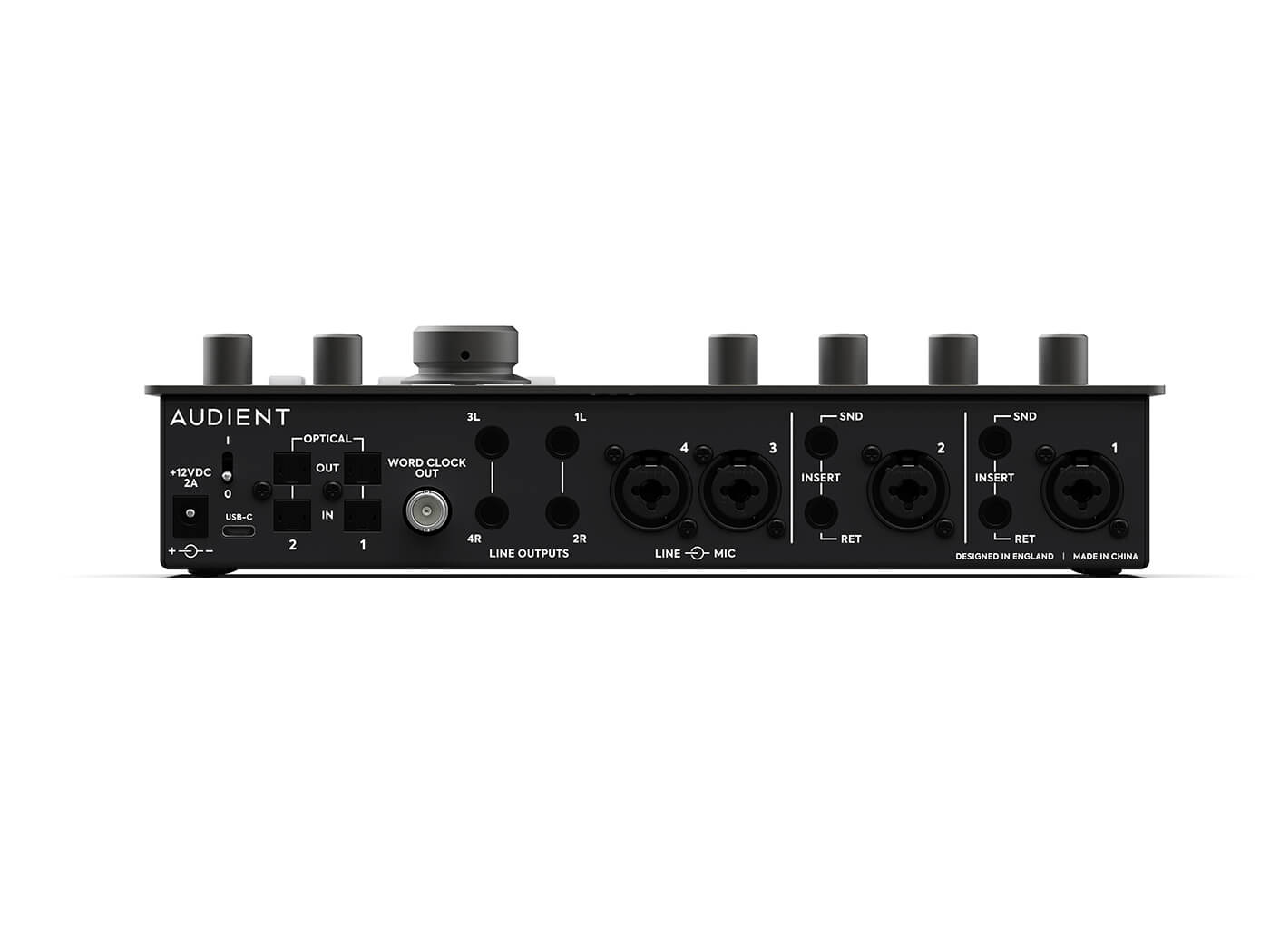 Although iD44’s four channels of analogue I/O will suit many, it may seem limited to others. Fortunately, it can be expanded significantly by making use of the unit’s two pairs of optical digital connectors. Each individual connector can be set to run in either SPDIF or ADAT mode, the latter supporting SMUX so that it can handle signals of up to 96kHz, albeit at the cost of halving the channel count. Hooked up to suitable input and output converters allows iD44 to handle up to 20 simultaneous inputs and 24 simultaneous outputs – rarely will you need more than that at this price point.

Digital expansion notwithstanding, what’s clear is that rather than focussing on the quantity of I/O, Audient has designed iD44 with a focus on the quality of I/O, which it delivers in spades.The combination of console-grade preamps, insert points, and well-executed converters gives results that would challenge hardware that sits a lot further up the price scale, and is sure to impress even the most discerning of users.

Will Audient give this same next-gen upgrade to the now-retro iD22? We hope so.