Emulations of classic hardware are nothing new, but Kit Plugins has worked with Blackbird Studios in Nashville to painstakingly recreate the sound of one specific console: the Neve 8078 from Blackbird’s studio A. 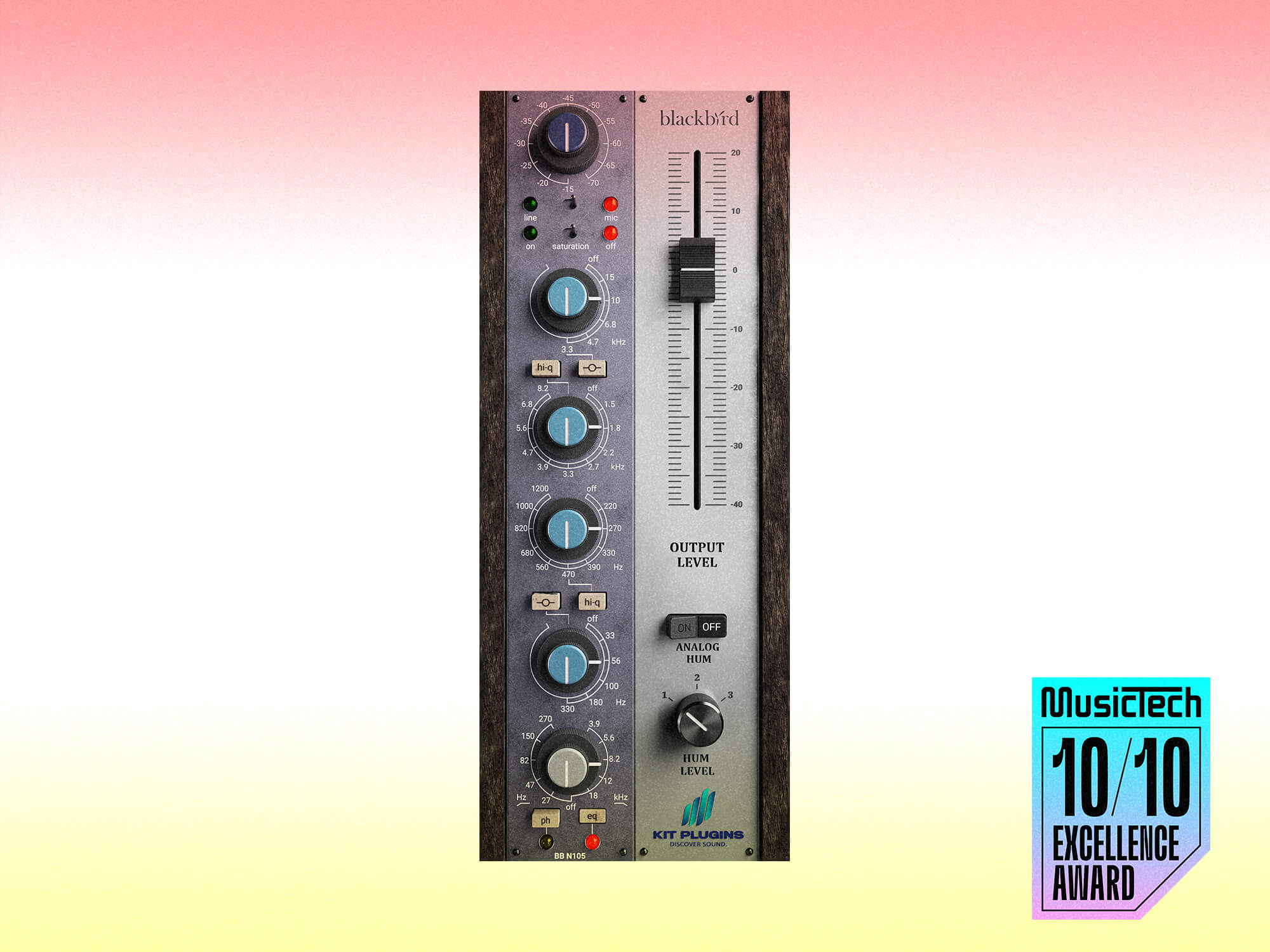 The Neve 8078 console in Studio A of Blackbird Studios in Nashville has an impressive lineage. It was designed and built in the 1970s for Motown, and has since been owned by Donald Fagen of Steely Dan before finding its current home with John McBride at Blackbird.

On acquiring the console, John set about customising the desk to fulfil the needs and requirements of a modern studio, outfitting it with additional insert points and motorised faders. The console’s classic sound can be heard on a diverse range of artists, such Neil Young, Alice in Chains, Dolly Parton, Megadeth, Kings of Leon, Taylor Swift, Keith Urban, and many more.

Today, this unique console can be used by everyone, thanks to an emulation created by John McBride and the Blackbird team in collaboration with plug-in designers Kit Plugins. The BB N105 V2 plug-in, which can be downloaded directly from the Kit website, brings the legendary console right to your DAW. The plug-in uses iLok’s cloud licence manager, allowing you to install it on several devices.

I like to see how plug-ins perform right out of the box by opening them in a vocal channel in a DAW (like Logic Pro) and listening to the overall sound without adjusting any controls.

A preamp emulation is always our first plug-in on every vocal channel, and I like to listen for the initial impact that the channel strip is having. If a plug-in sounds good by simply being engaged, then that fills me with hope for the rest of the plug-in. And the BB N105 sounds great without doing anything.

First up: the gain section. The plug-in designers have emulated the option to switch between line and mic level, which is a nice touch because it means that signals can be pushed through both to see how the signal changes through the different elements of the preamp. In line mode, the trim pot is inactive and has a fixed input gain. In mic mode, the trim pot can be pushed.

It requires careful adjustment to find a ‘sweet’ spot, which is between 11 and 1 o’clock on all the tracks I worked on. The boosted signal has just that tiny touch of soft clipping and warmth that gives the vocals a touch more character.

The gain can be adjusted in steps, as on the original console. In V2 of the plug-in, there is the option of switching to continuous adjustment, which can be very useful when trying to find that perfect saturation point.

V2 also adds a feature to see the precise number that a controller has been adjusted by. If the 0.0 button is selected, a number appears above the controller during adjustment and provides the relevant unit (dB, Hz etc.) 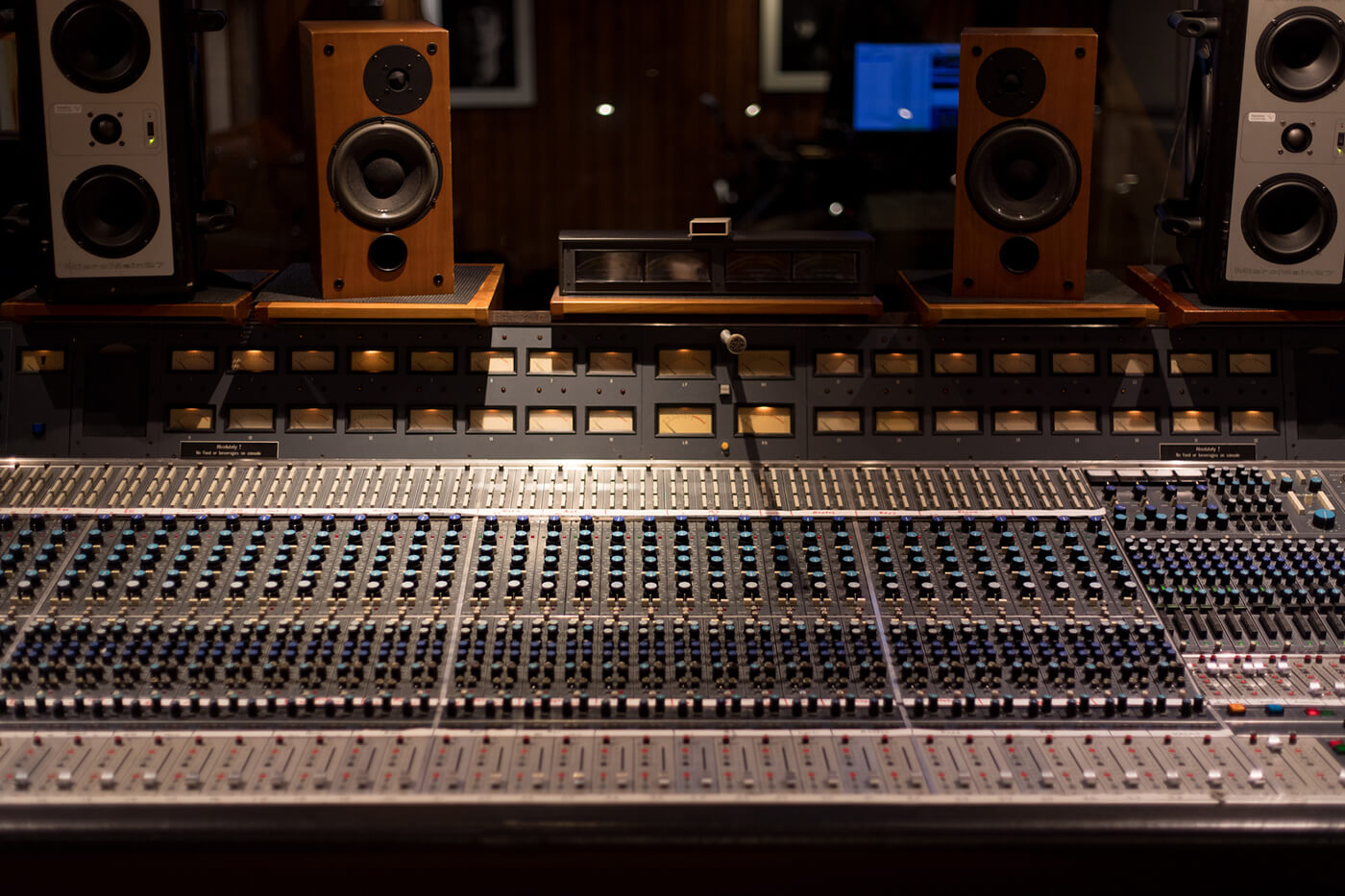 The BB N105 V2 comes with a four-band parametric EQ section that emulates the character of the original console’s tone circuits. The high and low bands are, by default, shelf EQs, but there are small buttons to switch them to peak if you prefer.

The EQ controls are displayed as two concentric circles around a virtual potentiometer. The frequency is selected from the outer black ring and the amount of gain for that frequency band is controlled by the inner green pot.

As with gain, the boost/cut controls can either be stepped or swept, but frequency selections are only stepped – so you are limited by the in-built frequencies. In reality, this isn’t a problem, but if you need to do some detailed room node removal or similar actions, I would use a different plug-in.

The BB N105 V2 is designed not as a corrective tool, but to shape sound, and it does it really well. The EQ section is very powerful and has +/- 15dB boost and cut available, which is enough to really push or remove a frequency range.

We tested the shelf EQs with some bass guitar and drums, and found that the low shelf really enhanced the low body of the bass guitar, making it sound thicker. Rolling in a little of the low-mid at 560 Hz it gave the string attack much more clarity.

The high shelf on the cymbals brought out brightness without harshness, and when combined with a little saturation, gave the kit as a whole more life.

Below the four-band parametric controls lies a control for low and high-band filters. These are again controlled by two concentric circles around a potentiometer and work well for removing unwanted frequencies in the upper or lower extremes.

The output gain is adjusted by a virtual fader that can boost by +20 dB or cut by -40dB. Because I found myself pushing the preamp into compression and saturation while using this plug-in, the ability to cut the output volume was gratefully received.

Fortunately, V2 can automatically link these functions – by pressing the Auto-gain button at the top of the plug-in, the fader decreases by a preset amount relative to the gain increase.

However, I felt the output volume didn’t decrease enough relative to the increased gain. There was still a noticeable volume increase that needs to be carefully managed to avoid clipping.

The final set of controls on the plug-in add artificial hum that recreates the exact noise which the original Neve console added to recordings. It’s a nice addition for completist’s sake, but on demo vocal channels, the artificial noise was drowned out by real noise from the original interface preamps. Furthermore, it didn’t really add anything on DI channels. We like that Kit added this option but left it off throughout.

Version 1 of this plug-in was exceptional and V2 is even better. The plug-in enhances everything that it is put on and adds warmth and clarity with very little adjustment.

The latest version includes a couple of other nice touches that makes operation even easier, such as the ability to resize the plug-in window and change the oversampling rate depending on how much processor is needed or being used. You can now also change the colour of the fader if you want to. The first version of the BB N105 has been the first plug-in in our signal chain for some time, and it looks like V2 will make life even better.