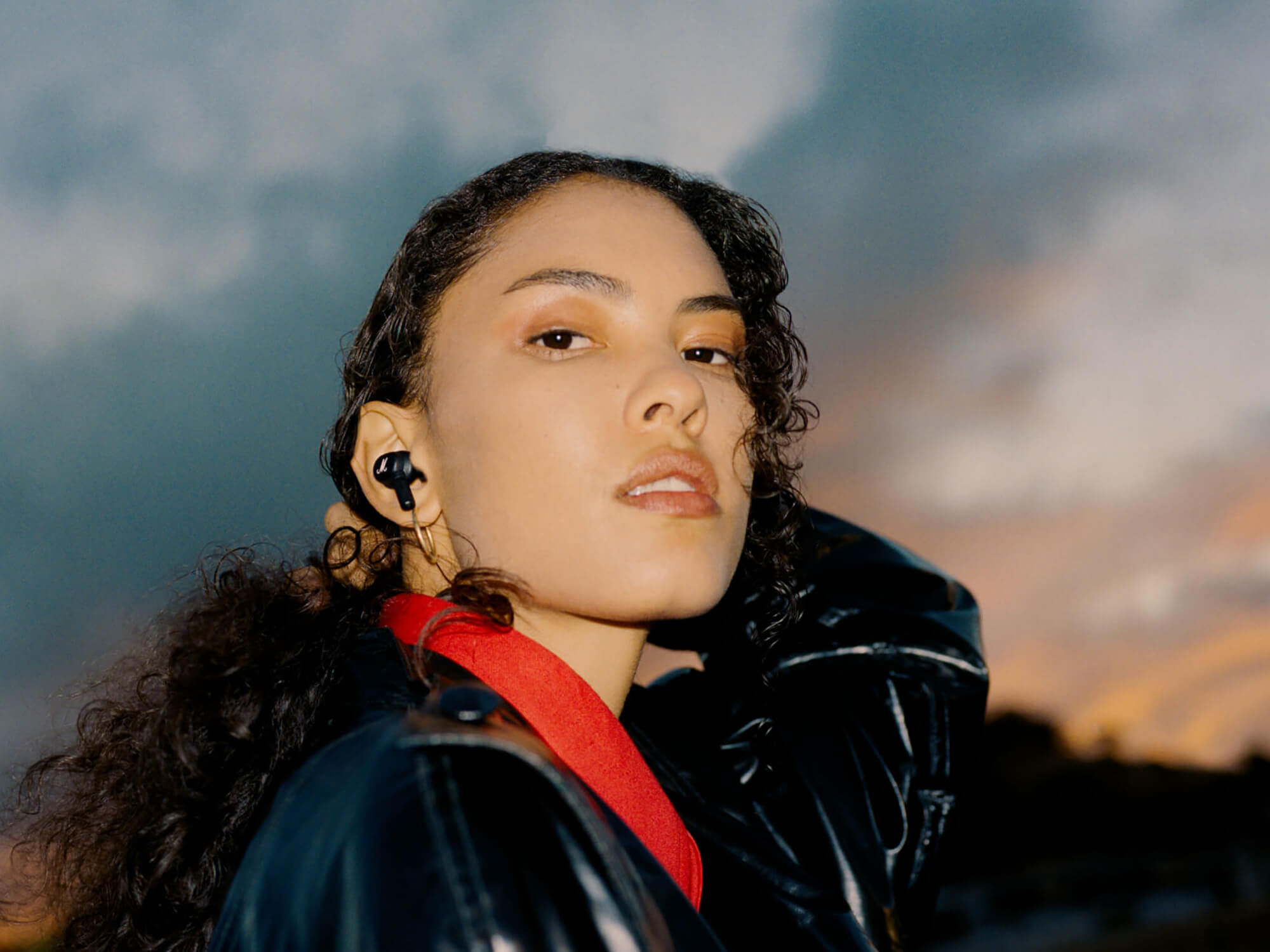 
Marshall’s first foray into offering true wireless earbuds that include active noise cancellation is a partial success. The brand’s flagship true wireless earbuds look great and sound nearly as great, but they lack the superior ANC that you see in the Apple AirPods Pro while being similarly priced.

Despite that, the Marshall Motif ANC are a tempting purchase. The moment you use them, you’ll notice how crisp mids and highs sound. The design of the earbuds will appeal to anyone keen to step away from the predictable design of the AirPods Pro.

These might not be perfect earbuds but as a change of pace, the Marshall Motif ANC are an attractive proposition, provided that ANC isn’t a dealbreaker for you. If it is, you’ll want to skip these.

Like with most earbuds, the Marshall Motif ANC keep their contents fairly minimal. They come with a charging case that looks much like a mini Marshall amp, a USB-C charging cable, and a selection of silicone eartips. It’s important to find the right eartips for you as it makes a big difference to comfort and affects noise-cancellation too. The charging case lets you charge the earbuds on a wireless pad. 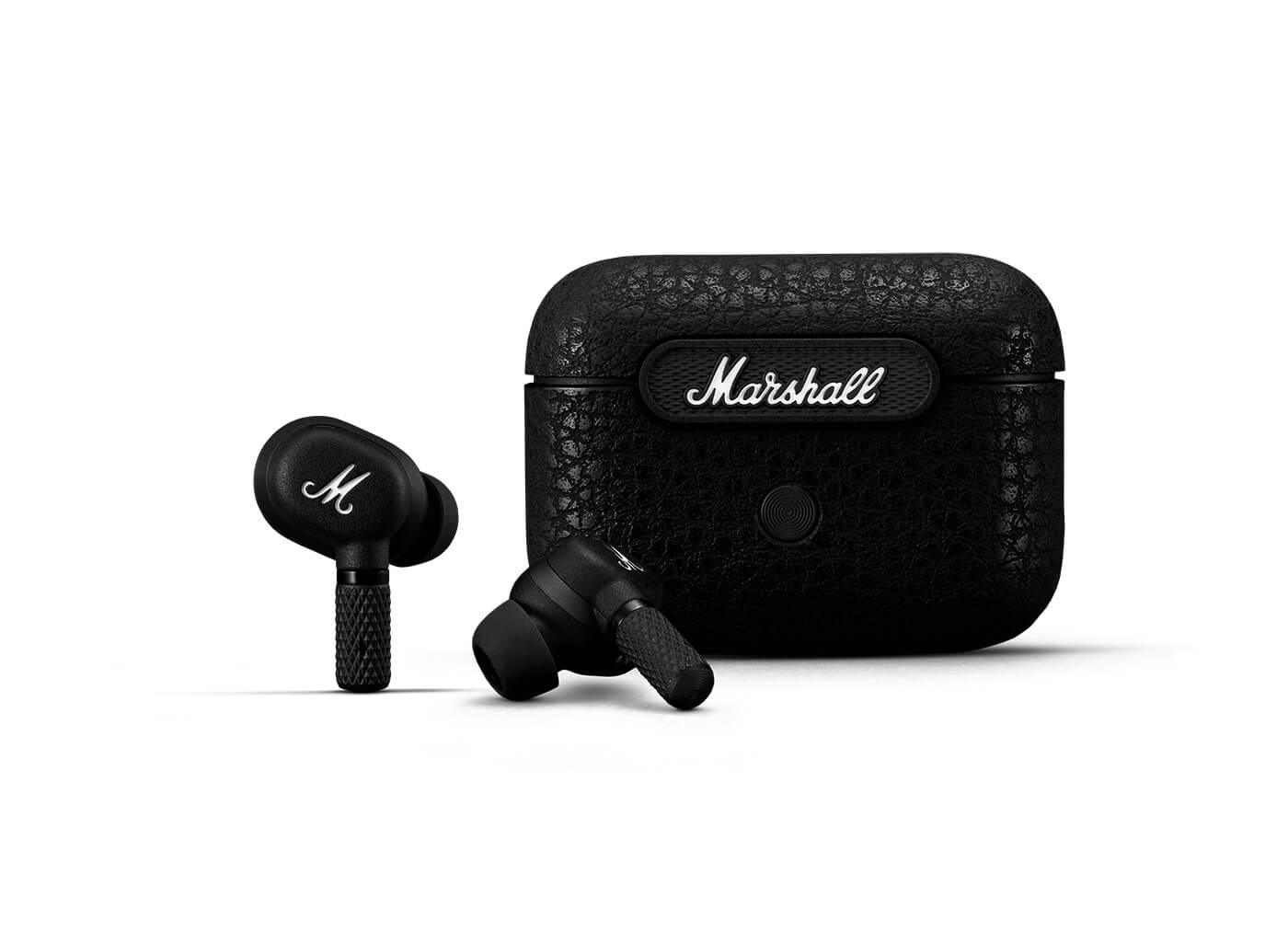 As with the majority of Bluetooth earphones, the Marshall Motif ANC take mere seconds to set up. It’s a good idea to install the Marshall app to your smartphone but right from the start, you should experience fairly good sound quality. It’s helpful though knowing that you can change things around to suit your liking.

The app allows you to tweak the equaliser settings as well as change touch controls if needed. You can also toggle ANC, switch to transparency mode to hear what’s going on around you, or turn an eco mode to extend battery life further than before. The equaliser settings are a little limited but they do the job well enough and display frequency rates too which is ideal for the avid tweaker.

Charging is done either via USB-C or a Qi-based wireless charging pad. Battery life is roughly on a par with the Apple AirPods and AirPods Pro range. Expect about 4.5 hours with ANC switched on or 6 hours without. The charging case offers about 20 hours on top of that. A quick charge feature means 15 minutes of charge gives back about an hour of playback. That’s fine, if unremarkable, compared to the likes of PowerBeats Pro which provides 90 minutes playback after just five minutes of charging, or the latest AirPods Pro which offer an hour in exchange for five minutes of charge. 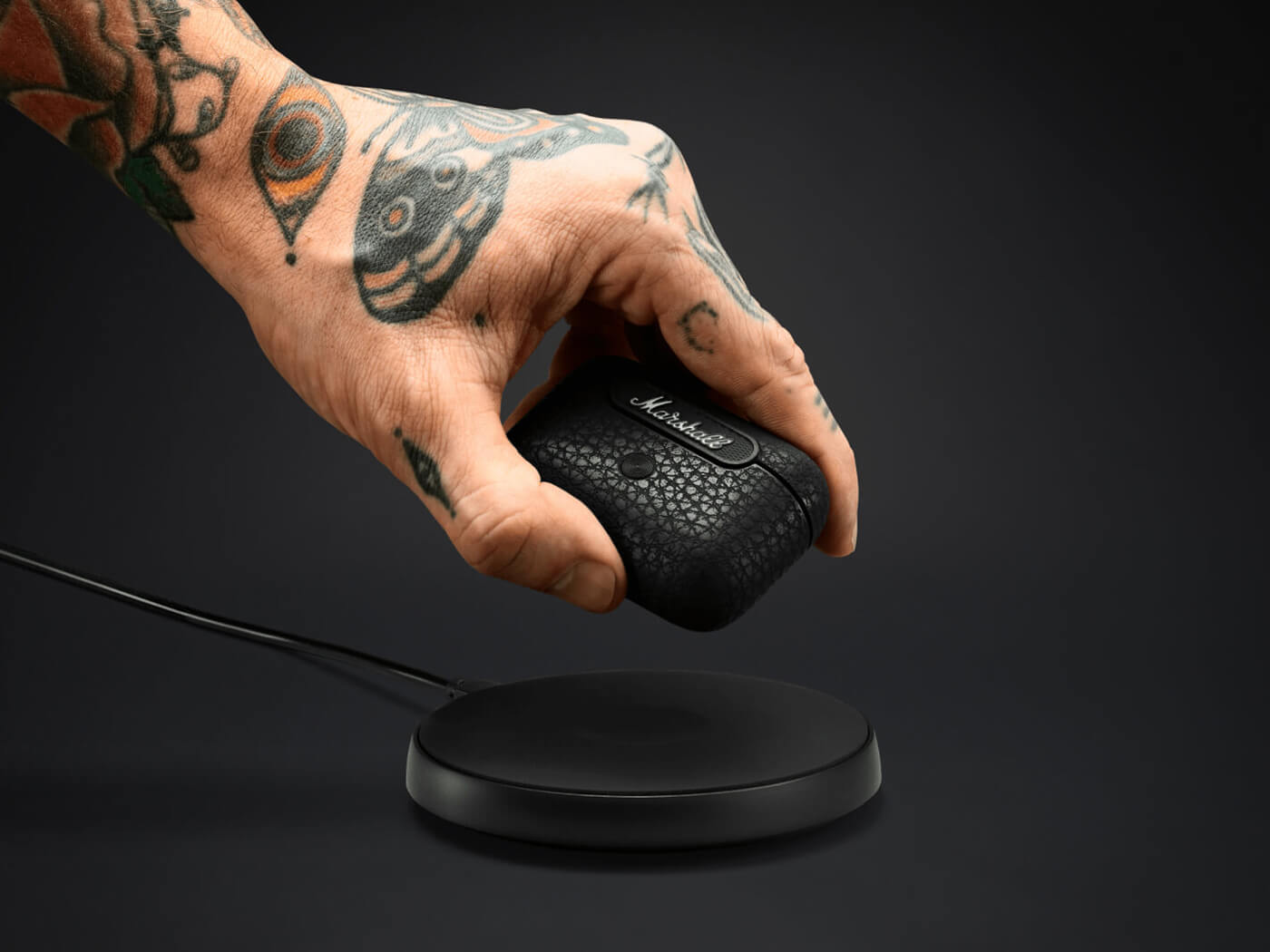 Like most wireless earbuds, the Marshall Motif ANC use touch controls for operation. The app lets you change how it works with options for noise control, voice assistant, or cycling between equaliser options. Thanks to the relatively chunky Marshall logo on each bud, it’s simple to tap the controls. Grasping them by the stalks – much like AirPods – means accidental taps won’t happen.

The Marshall Motif ANC have an IPX5 eating which means they can resist some water such as rain or sweat, but can’t be used in the pool.

Initially, the Marshall Motif ANC sound incredibly crisp. They’re the earbuds you can grab in a rush and still enjoy the experience. With good detail, great clarity, and a wide soundstage, they are ideal for most genres of music. However, we notice that the bass is a touch weaker than the competition.

Tweaking the equaliser helps here, but it’s never quite as strong as the AirPods Pro. Whether that’s a significant issue depends on the music you listen to.

The ANC isn’t quite up to the standards of the AirPods Pro either, even at maximum. It goes some way to blocking out sounds, but never as effectively as Apple’s earbuds. It’s good but not great.

Is it a dealbreaker? Not exactly. It works well enough, but if ANC is vital in your decision making process, you’ll want to go with the AirPods Pro or invest further still and buy the Sony WF-1000XM4 or Bose QuietComfort earbuds instead. Still, the Marshall Motif ANC are consistently respectable, if not mind-blowing.

There’s no aptX support either, with the Marshall Motif ANC solely limited to SBC, meaning these aren’t earbuds for hi-res audio listening. 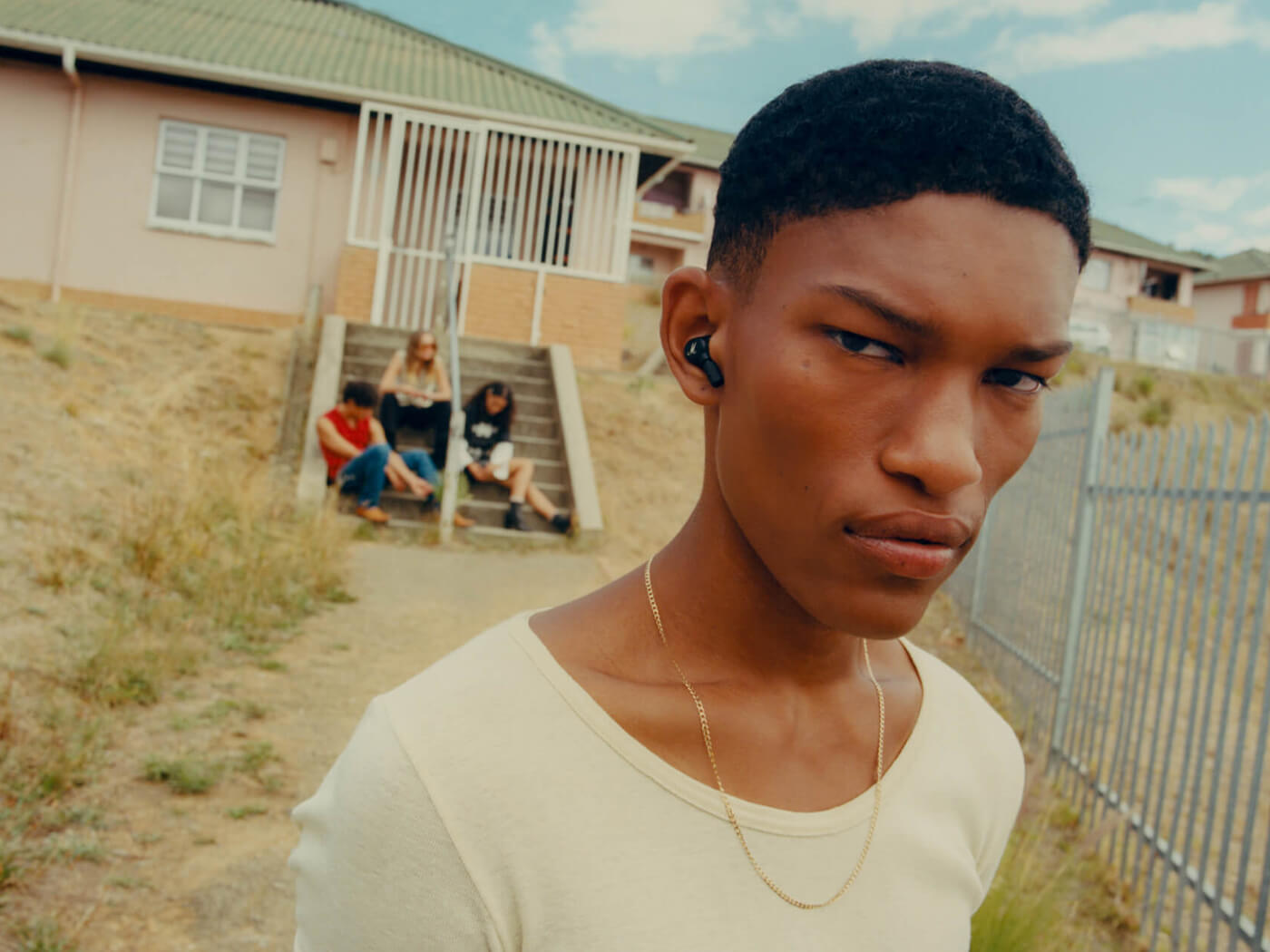 Listening to vocal-heavy tracks such as the Manic Street Preachers’ If You Tolerate This Your Children Will Be Next demonstrated how crisp and clear the vocals were through the Marshall Motif ANC. Listening to John Legend’s All of Me was a similar experience.

However, when switching to bass-heavy music such as the Foo Fighters’ Times Like These or All My Life, the Marshall Motif ANC falter a little. They sound fine, but lack the power that both AirPods offer. High notes sound suitably strong here but anything bass-heavy or rock-centric isn’t so powerful despite a wide soundstage effect. Tweaking the equaliser helps but it doesn’t solve everything. On the plus side, at least you can make personal tweaks, unlike anything Apple-based.

The Marshall Motif ANC aren’t perfect but they are likeable. Its ANC lacks the strength of the AirPods Pro and its bass isn’t as powerful as its competitors. However, for the average pair of ears, audio does sound crisp and the amount of options through the app are helpful yet not overwhelming.

If you’re keen to avoid Apple but want to borrow some key features along the way, the Marshall Motif ANC offer a bit more attitude at a similar price. 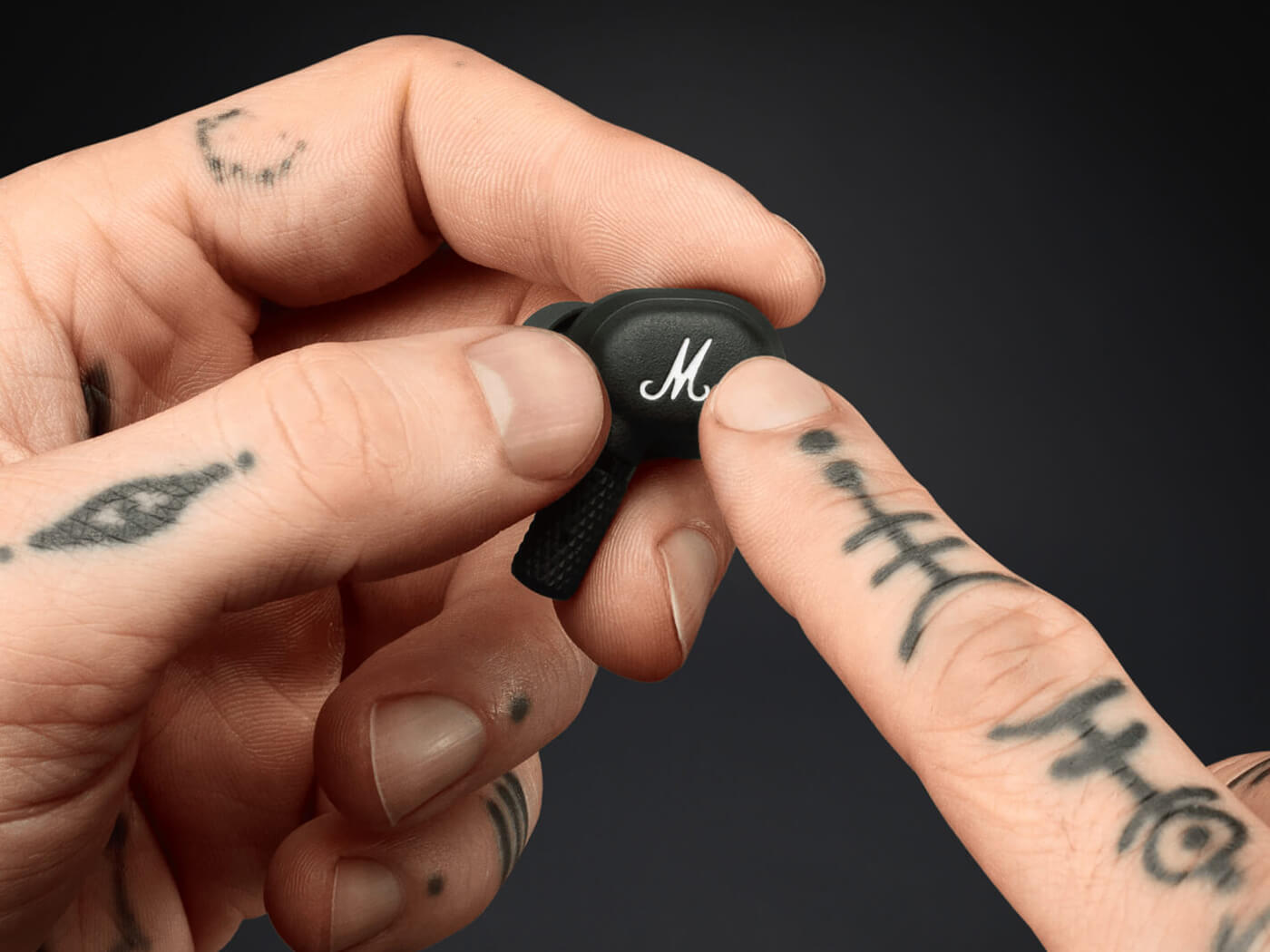