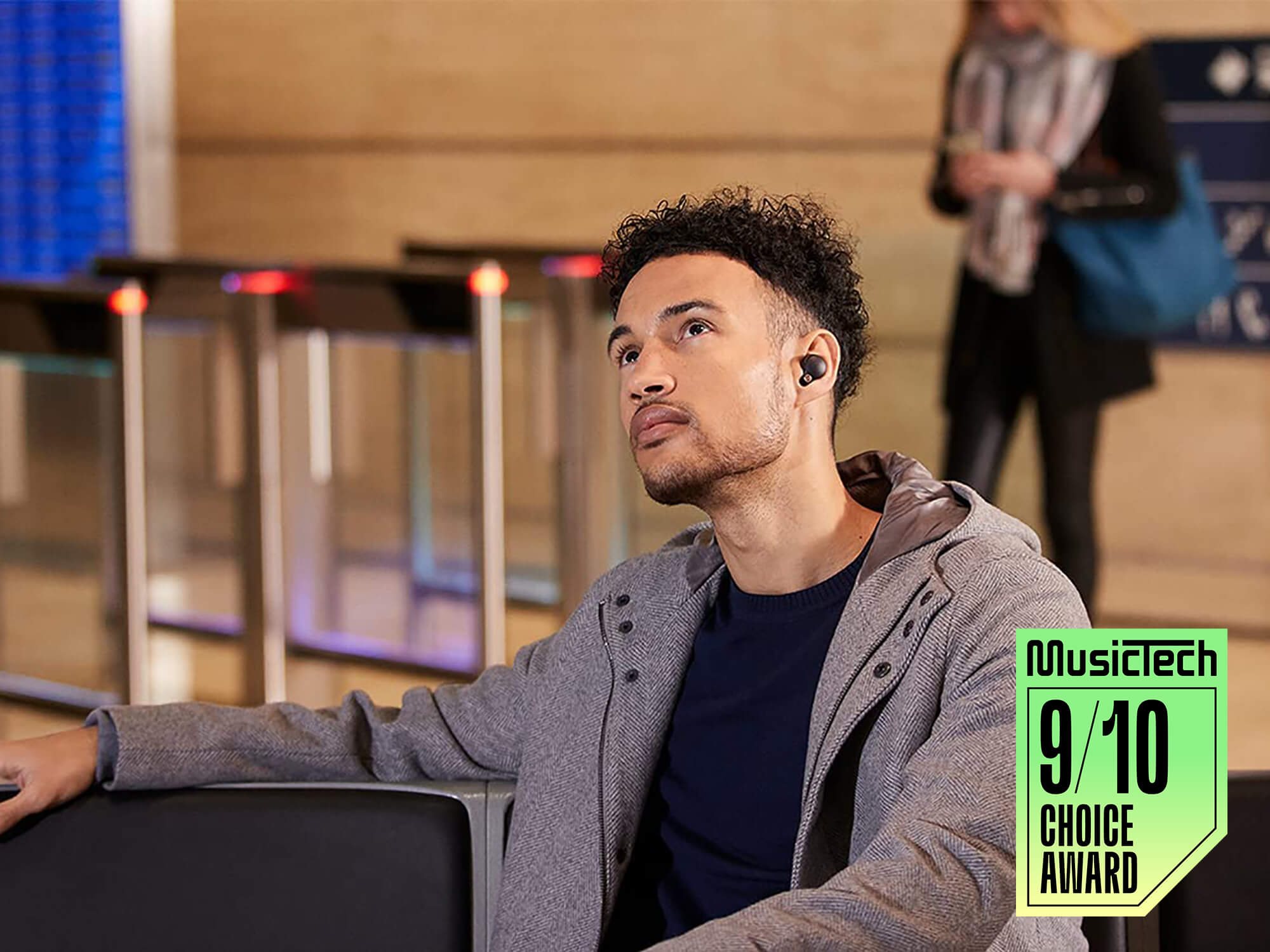 Sony WF-1000XM4 earphones are a dream to use. The brand’s flagship true wireless earbuds are a cut above the competition by a big margin – they’re comfortable, sound great and are brimming with features that are actually usable.

Besides sounding great, the WF-1000XM4 also feel good thanks to some decent ergonomics, good design and excellent build quality that make you feel like you own the best out there. The only real issue is the rather unremarkable battery life and that the noise-cancellation features aren’t quite as strong as other competitors.

So, they’re not perfect – but we’ll forgive the Sony WF-1000XM4 earphones when they feel this classy. Pair them up with some high-resolution audio and spend some time tweaking the EQ, and you’ll be delighted with the results. These are easily Sony’s best earphones yet.

Smaller than its predecessor the WF-1000XM3, the WF-1000XM4 earphones are easier to handle in a multitude of ways. They come with a charging case that’s 40 per cent smaller than the earlier version – it’s such a big reduction, even in weight, that it almost feels a little cheap.

Similarly reduced in size are the earbuds themselves, which come in at 10 per cent smaller than the WF-1000XM3. That results in a far nicer fit, and you still get a choice between three silicone tips. It’s important to try each of these to find what works best for you as it really makes a difference to comfort and the noise-cancellation features.

Elsewhere in the box is a USB-C charging cable, but bear in mind that the charging case will charge on a wireless pad too.

Alongside that, you’ll need the Sony Headphones Connect app (iOS, Android) to reap the full benefits of the WF-1000XM4.

Pairing up your Sony WF-1000XM4 with your smartphone, laptop or similar is a breeze. However, where other earbuds simply need you to start listening to music, it’s worth spending some time properly setting up the Sony WF-1000XM4. After all, you’ve spent a lot of money on them.

That’s where the Sony Headphones Connect app helps a lot. The app gives you a lot more options than simply tweaking the in-built equaliser – although that’s a huge help too.

Your first port of call should be to use the Analyze Ear Shape feature. By doing so, you can set up Sony’s proprietary 360 Reality Audio via select music apps such as Tidal and Deezer, giving you a far superior listening experience. It requires you to take photos of the earbuds in your ears so it’s not the quickest of experiences – but it does make a difference.

Once you’ve tackled that side of things, you can check out the rest of the Sony Headphones Connect settings which are more conventional. You can change which earbuds control volume, playback options, ANC, and the ability to summon a voice assistant (there’s Google Assistant and Alexa support included).

Charging is done via the wireless charging case which uses either USB-C or a Qi-based wireless charging pad. You get eight hours of battery life through the earbuds, which increases to 24 hours once you include the charging case. That’s decent, if unremarkable, for this price range – but it still easily beats the Apple AirPods Pro’s internal charge.

The Sony WF-1000XM4 feel pretty good in your ears. Even when you’re not listening to something, once you find the right fit, they block out a certain amount of sound around you. With ANC on, they’re not quite as refined as something you’d hear (or not hear) from over-ear headphones – and occasionally you’ll suffer some sound leakage – but they’re still some of the better noise-cancelling earbuds out there.

Touch controls are the order of the day here, with extensive options to ensure you get the right experience. A series of taps dictates how you control things such as playback, ANC and volume, while a quiet beep tells you how many times you’ve interacted with the earbuds. The touch controls are reasonably well placed, so it’s unlikely you’ll touch them by accident – something that can occur frequently with other earphones.

The Sony WF-1000XM4 aren’t waterproof, though, with only an IPX4 rating against moisture. Fine for gym sessions or a rainy day, definitely not a session in the pool. I’m not convinced the tips are quite snug enough for immersion anyhow, but that does mean that they never feel awkwardly jammed in your ear.

For the average pair of ears, they sound like the best earphones you’ll have ever come across: well balanced, detailed, a huge soundstage and with plenty of enthusiasm across the board. Out of the box, bass is occasionally a little strong at times, while mids and trebles are smooth and natural sounding

The Sony WF-1000XM4 earphones do a valiant job of blocking out surrounding sounds. Minimising ambient noise is the order of the day here but it still creeps though a little bit. Better than the AirPods Pro at blocking sound, they don’t beat the Bose QuietComfort Earbuds’s effectiveness, but it’s a close battle. Unless you’re in the loudest of places, it’s not a big issue and certainly not something to put you off a purchase.

Support for spatial audio via 360 Reality Audio – it works on Tidal, Deezer and Amazon Music HD – gives you some extra options. There’s also compatibility with SBC, LDAC and AAC codecs, but no aptX support.

We tested the Sony WF-1000XM4 earphones against the Bang & Olufsen Beoplay E8 2.0 and the Oppo Enco Air, which are billed as affordable alternatives to the AirPods.

On Childish Gambino’s Feels Like Summer, the vocals were crisp and vibrant. Every note was noticeable, with plenty of enthusiasm in the lyrics and the background music. In comparison, the Bang & Olufsen Beoplay E8 2.0 maintained tonal balance but weren’t able to block out surrounding sounds because they lack ANC.

Playing an old classic – Under Pressure – brings out how clean the sound from the Sony WF-1000XM4 is. The well-balanced mids ensure you hear the lyrics clearly and smoothly. They’re never overpowered by the bass, with high notes offering just the right amount of grain to add personality.

The bass of Billie Eilish’s I Didn’t Change My Number sounds potent and dominant without ever being overpowering, making the Sony WF-1000XM4 just as good for bassier tracks.

The Sony WF-1000XM4 are the kind of earphones that will make you wonder how you’ve put up with inferior options all these years.

All that said, we’d have appreciated more consistent noise-cancellation, and a slightly superior battery life. Yet these are all relatively minor issues compared to the sheer quality of how the Sony WF-1000XM4 sound. That’s enhanced by how useful the Sony Headphones Connect app is and how convenient it is to be able to set up the earphones just how you like them, right down to tweaking transport controls.