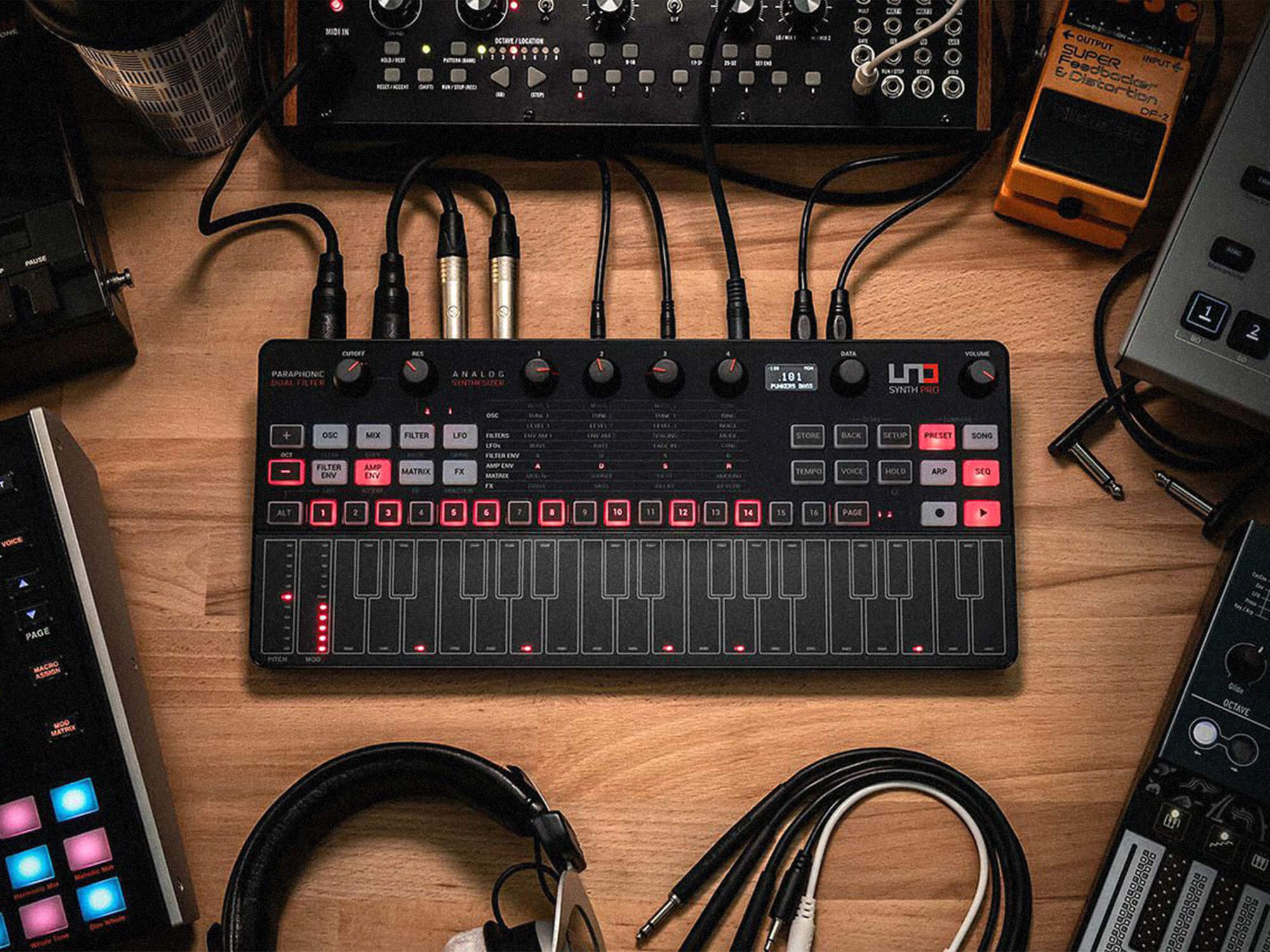 The red trim around the lower casing of the synth has been replaced with a black finish, along with swanky new black keys on the keyboard and a replacement of its green backlit pattern sequencer with red lights. 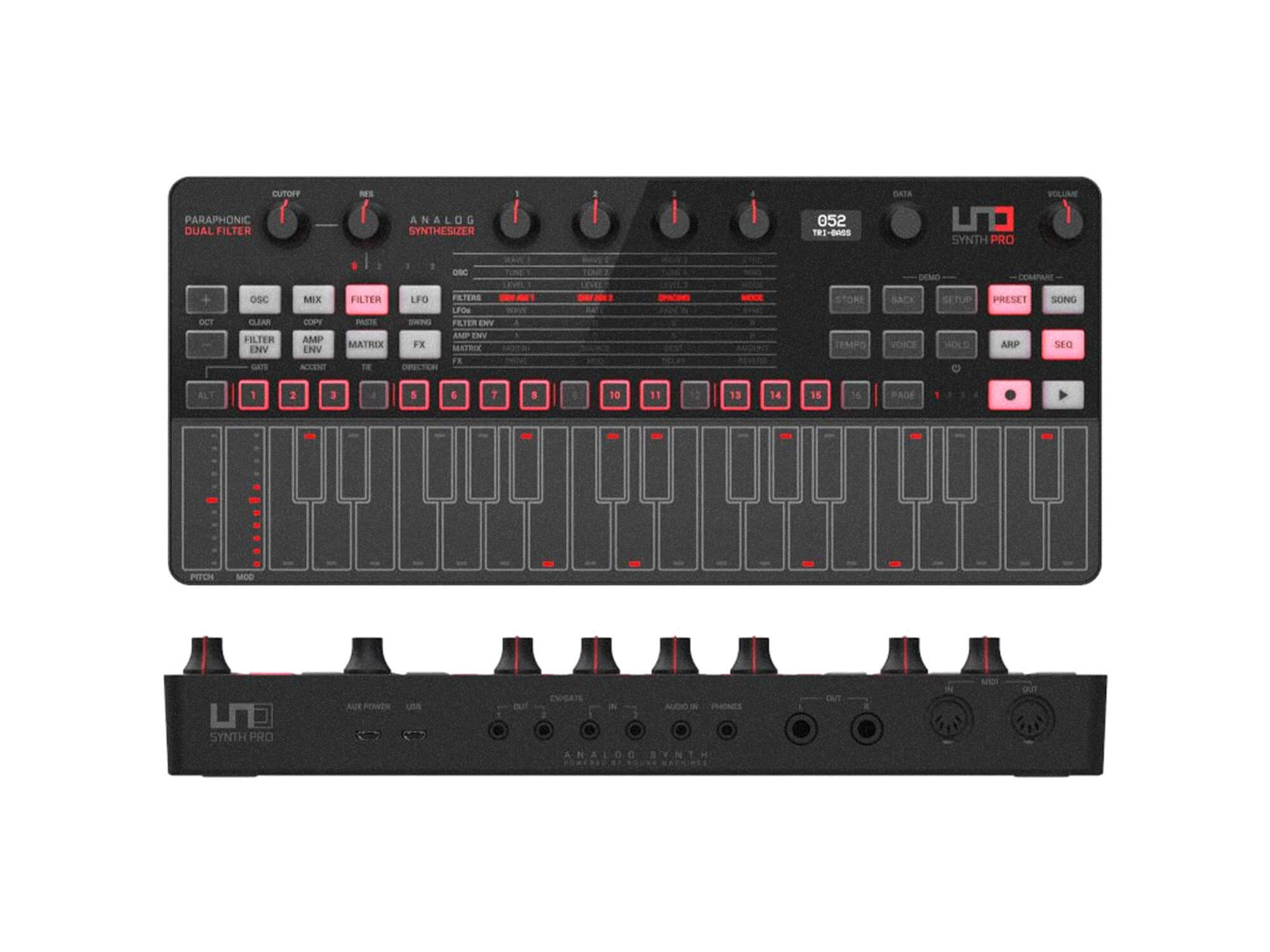 This is simply an aesthetic change from Multimedia – but one that allows the manufacturer to remind hardware synthesizer fans of its products already on offer.

In our review of the original edition, it earned a 9/10 and the MusicTech Choice Award. We said: “IK Multimedia has produced a hybrid analogue-digital synth that manages to blend tweakability with an ease of use and sonic quality that justifies the price for the desktop model, especially when the impressive interconnectivity is factored in.

“UNO Synth Pro is a well-thought-out instrument that effortlessly conjures an expansive range of sounds, from the essentials to the experimental, making the most of their analogue sonics and digital flexibility.”

We’re following all the latest news and updates from the electronic musical instruments festival Superbooth 2022 in Berlin. Keep up to date here.