The Aussie trio bagged their first Grammy for their song, Alive 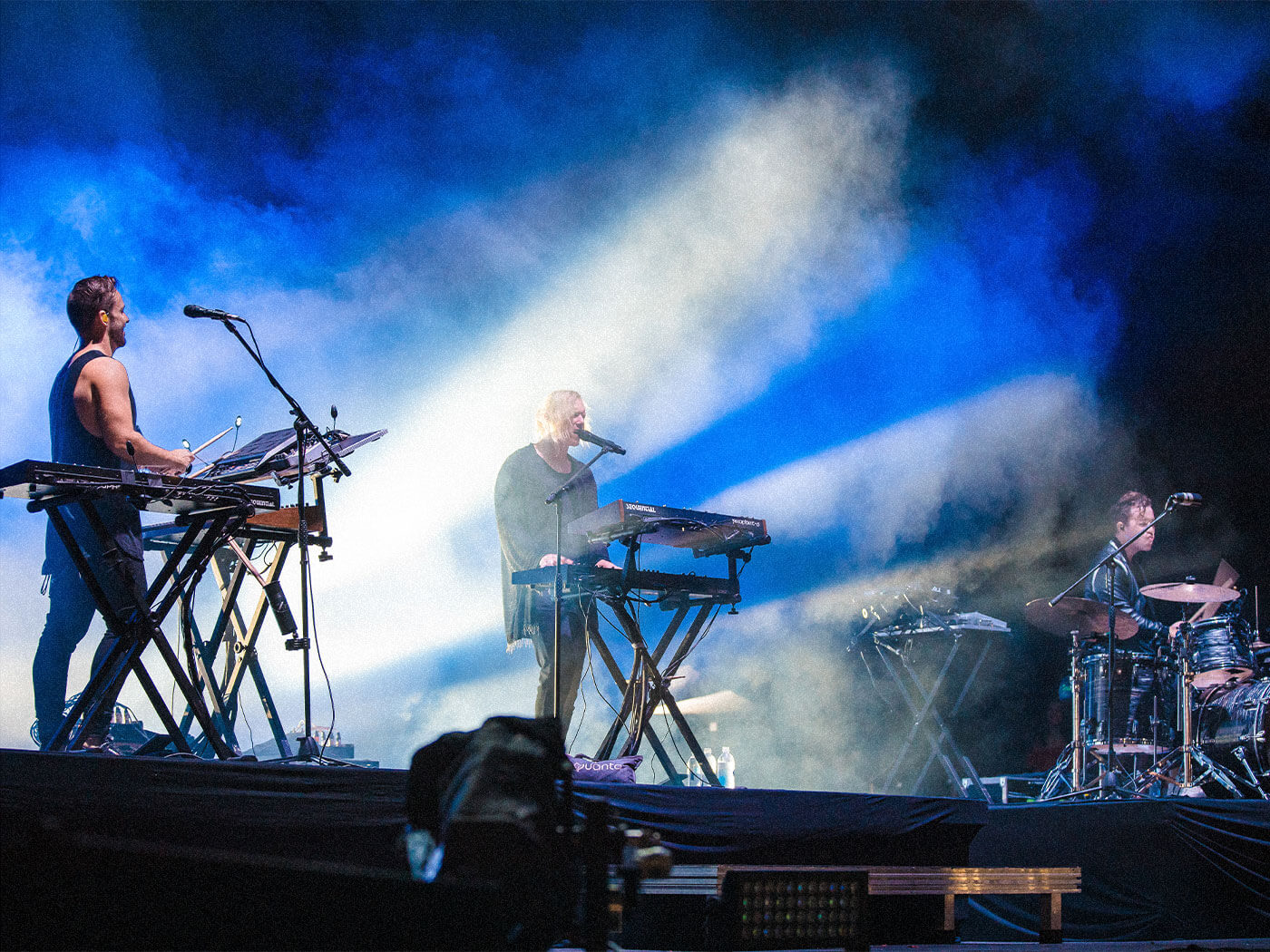 Australian electronic music trio, RÜFÜS DU SOL, have been awarded their first-ever Grammy Award for their transportive track Alive from their 2021 album Surrender.

The group, comprising Jon George, James Hunt and Tyrone Lindqvist, were up against huge competitors in the world of dance music. David Guetta, Afrojack, Bonobo, James Blake, Totally Enormous Extinct Dinosaurs and Caribou were all in the running for Best Dance/Electronic Recording but RÜFÜS DU SOL came out on top.

They shared their gratitude with fans on Instagram stating, “Thank you to every single one of you who has supported us and believed in us along the way. We’re just getting started.”

RÜFÜS DU SOL recently spoke to MusicTech about Surrender, the record that the Grammy-winning track hails from. Hunt told us, “The pandemic gave us a lot of time to explore sonics and to try different things, such as drum programming and experimenting with sound.

“We were finding different ways to chalk, manipulate, and stretch sounds so they were destroyed but beautiful.”

Speaking on where one should look for inspiration, Hunt added: “Look only to yourself as a point of reference for what you’re making. It’s easy to think, ‘what will other people think of this thing I’m making?’ The only true measure of knowing something’s worth is that if it moves you, then it will move someone else. It’s easy to forget that but that is the only true metric you can use to evaluate a song’s value.”

As they accepted the award Jon George said, “I’m just so proud of these guys and us and the journey that we’ve had together.”

Tyrone Lindqvist also gave thanks to “anyone that has danced” to their music before adding, “it’s been a beautiful journey and we’re so blessed to be here right now.”

If you fancy catching the band out on the road, they’ll be putting on shows for the first time since 2019 later this year as they head out on tour, with dates and locations available here on their website.