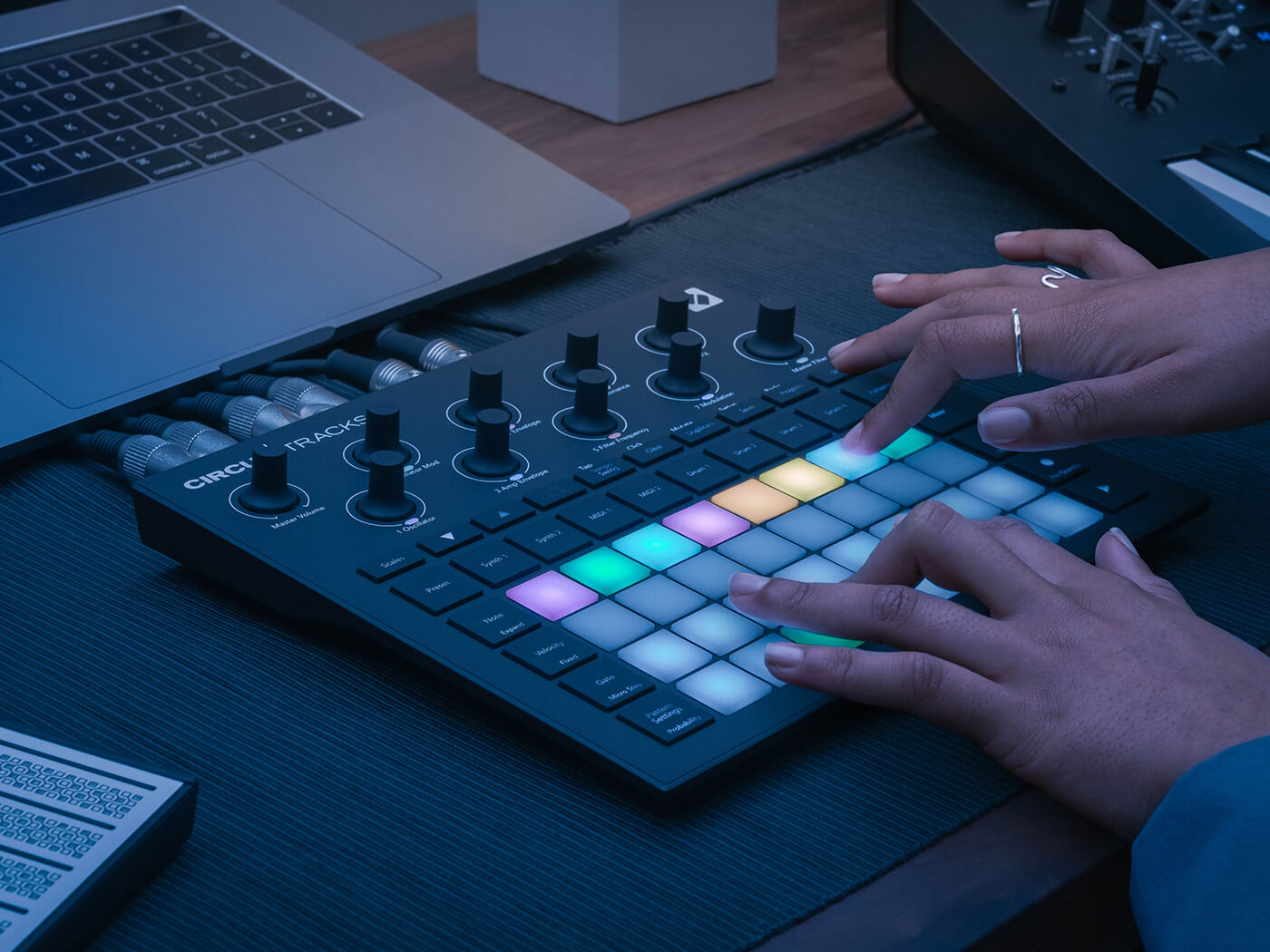 Circuit, the groovebox celebrated by countless musicians and producers (and us), has been revamped with Circuit Tracks. Novation’s new iteration brings enhanced MIDI functionality, longer sequencing, Scenes, an overhaul of Components, a new look and much more. You can read our full review here.

Circuit Tracks keeps many of the same useful features as its predecessor, including four drum tracks, two polyphonic digital synth tracks – which have been refined – and creative effects. It’s also still very comfortable as both an on-the-go instrument and as a studio powerhouse. Two new MIDI tracks build on the latter environment, making it capable of sending notes and CC automation to your other MIDI-equipped hardware. Five-pin MIDI in, out and thru connectivity, plus analogue sync out is available, too.

There’s still the absence of a screen on Circuit Tracks, keeping your attention focused on the sounds you’re making. Synth parameters are named beneath each macro knob, though, so you’ll always be aware of what you’re manipulating. You can also use Components, the companion app, to dive deeper into Circuit Tracks and alter custom-map it. Components’ design has been overhauled, offering a smoother workflow and easier project saving, loading and template creation.

Scenes is a new feature to Circuit Tracks, allowing you to link whole patterns to create a full-length song. Each pattern can be 32-steps, with up to 8 patterns per track. Unquantised Record and Micro Steps let you unshackle your performances from the grid and play freely, while Sync Rates can control the playback speed of patterns. Play Order will let you perform patterns backwards, forwards, ping-pong and randomly. Probability and Mutate offer further experimentation of steps and patterns.

Circuit Tracks boasts twice as many synth patches per pack than its predecessor, with 128 patches. It also has twice as many projects per pack at 64 projects. You can also expand the storage with a microSD card slot. A rechargeable battery gives you up to four hours of battery life for more on-the-go action.