As the new Novation Circuit Mono Station steals the headlines, the original Circuit, has been dramatically enhanced with a series of point updates, as Andy Jones discovers with v1.5…     Details Price £299 Contact 01494 462246 Web uk.novationmusic.com It certainly doesn’t feel like two years since my original Circuit review came out, but that’s […] 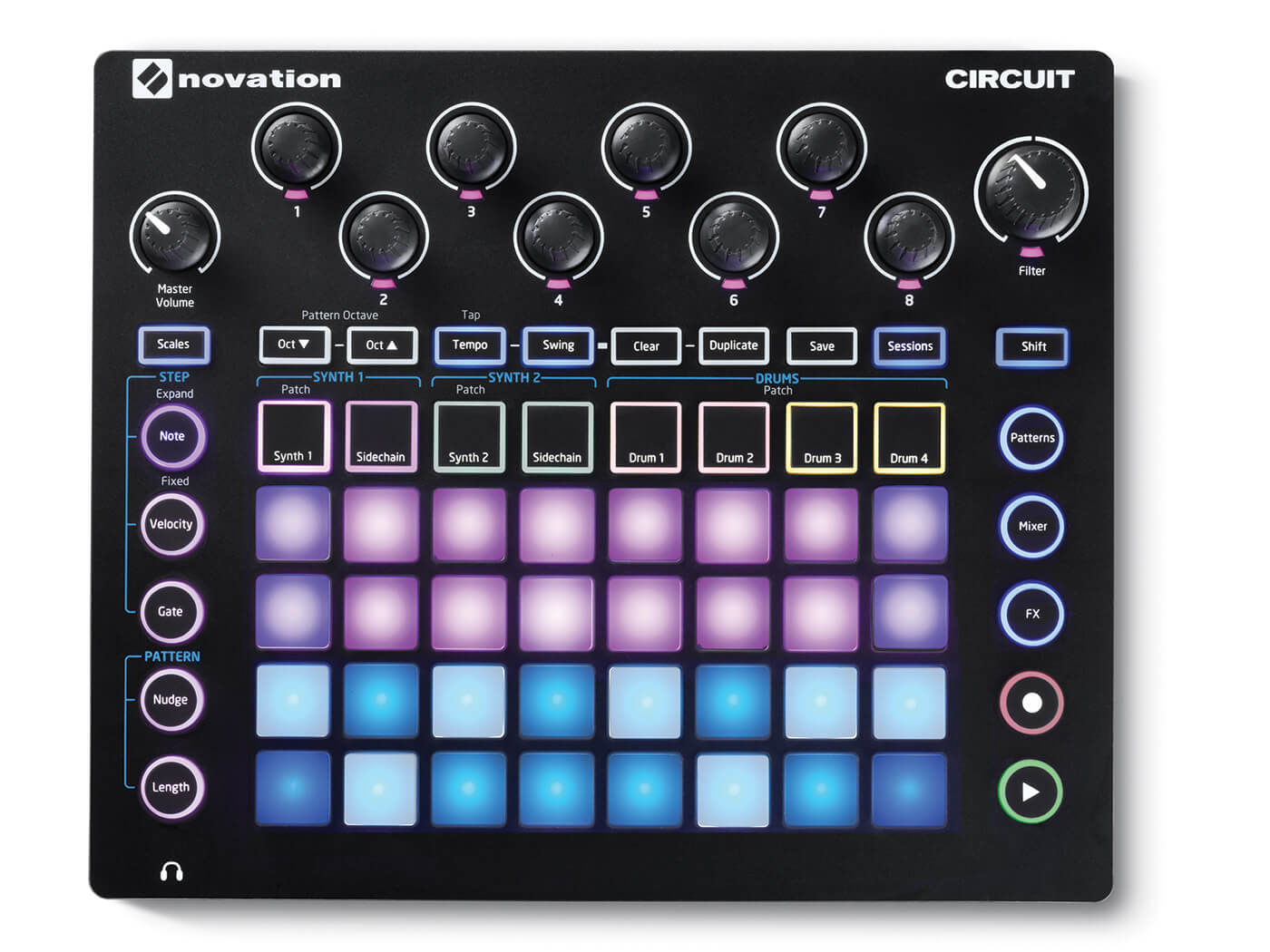 As the new Novation Circuit Mono Station steals the headlines, the original Circuit, has been dramatically enhanced with a series of point updates, as Andy Jones discovers with v1.5… 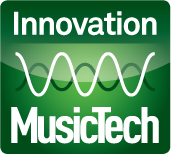 It certainly doesn’t feel like two years since my original Circuit review came out, but that’s how long this 21st-century groovebox has been with us. I was so taken with it that I remember threatening to come around reader’s houses if they couldn’t make music with it within five minutes of switching it on. I didn’t get any takers, so can only assume everyone who bought one was as pleased as I was with it.

Novation is not one to rest on its laurels, though, and has been updating Circuit with some very big features…

A run through the updates

The version 1.2 update was the first big one, and brought additional external MIDI support so you can now record into the Circuit sequencer and alter the unit’s main MIDI parameters via external MIDI devices. The biggest inclusion at v1.2, though, was Sample Import. Being able to bring your own sounds into Circuit’s environment was one thing I’d have loved from the off, so it was very welcome. It was made easier with the free Components software, consisting of patch editor, Cloud backup and librarian apps to organise and edit sounds via your computer.

Further revisions within the 1.3 update included sample audition, more macro automation, the ability to play longer samples and the introduction of Sample Flip, which makes per step editing within a sequence easier. So, for example, you can easily cut, copy and paste steps, or simply change the entire sample within a step, all on-the-fly during a performance.

Version 1.4 introduced free packs and samples that could be downloaded via the Components software website. Also included was the ability to change drum-pattern lengths and jump between patterns at any point you want (rather than waiting until they cycle).

That’s a lot of additions, making Circuit 2017 a very different beast to that unit I looked at two years ago. Instead of starting from scratch, I’ll refer you back to my previous review at MusicTech.net for the basics of Circuit, but here’s a very quick overview anyway.

You have four drum parts, two synth parts and a 32-part grid. Start with an empty Pattern, select Synth 1, 2 (live or step) or Drum 1 to 4 (step) and record notes and beats. Select different sounds (Shift and the part name); edit velocities and gates (length) by pressing Velocity or Gate and the Step (pad) to alter each value (from 1 to 16). Add real-time controls (which can be recorded), Macros, Nudge and Length edits and that’s Circuit in 100 words. Easy! Now to look at the updates…

The biggest change was obviously the addition of Components and the greater tie-in with your desktop machine. That’s not to say that Circuit is dependent on a computer – it’s just that there are a neat number of features available now for those who want to delve deeper.

Components, aka My Circuit, is the desktop Circuit environment. It shows the Sessions, Samples and Patch info for Circuit and you can load in more of these from free Packs (Novation Team, Industrial, plus one dedicated to Novation’s new Peak module). It’s a very quick process to update to the latest firmware, which is advisable. When you load in a new Pack – and you’re only loading it into the desktop environment at this point – it’s also easy to audition and change sounds.

Once you’re happy, you then send the new Packs to overwrite your current Circuit content (make sure you save your old Sessions first). This does take a little time, and do make sure you have Circuit connected by pressing the manual link (hidden!) at the bottom of the page – I spent an age wondering why it wouldn’t work – and you may have to reconnect each time.

Sample Import was perhaps the biggest of the updates and this is easily the best-implemented. You audition sounds as normal – click a sample and it plays through your computer speaker. Now choose a WAV or mp3 from your own collection and simply drag it over a sample pad and it loads. It’s almost magical – I couldn’t believe it worked so well. Connect your Circuit and upload the samples and your machine is now playing that WAV, all within the great Circuit environment.

Finally, the Patch Editor is well worth a look. You can download it in several formats, including a plug-in, but I chose the standalone Mac version and it essentially opens up a whole Nova synth for you to edit the synth’s sounds and allows access to all the Macros and Mod Matrix and Library. It’s a work in progress, but potentially very cool.

Of the many other updates up to v1.5, the option to change Sessions mid-flow is particularly good as a performance tool, as is the ease with which you can change Pattern lengths per Part – a boon for more dynamic changes in a song. More seasoned performers than me will like Fractional Gate for allowing staccato notes to be added per step and the Patch audition feature is welcome, slick and necessary.

The new Circuit – and it is a completely new package – is as instant and likeable as it was, but is now a hell of a lot more powerful, like it’s grown up to be a more serious and thoughtful muso.
Creating Patterns, recording dials and changing sounds and now Patterns on the fly is still enormous fun, addictive and inspirational. Circuit is also capable of being both a device you can go to with an idea and turn into a song, or you simply switch it on and come up with a great tune at random – no previous ideas necessary. Before, you might have relied on a full DAW for the former or a grid controller for the latter – Circuit manages to bridge the gap and offer both routes to music, so can’t be praised enough.

Circuit 1.5 is a monster leap up from its humble beginnings. Components/My Circuit is the main draw – the link between your desktop and Circuit environment. You might not have realised you needed it as a v1 user, but it’s now essential to the full Circuit experience and a great bonus for new users wanting to easily expand the Circuit universe. Yet the biggest draw for me is Sample Upload, one of the first, best and most useful additions.

What made Circuit so great was the fun of making music and performing in an instant. If there’s one slight criticism, it’s that Novation has to be a little careful that it doesn’t get bogged down overloading Circuit with too many features with fancy names that might scare new users away, because the overall experience is better than ever.